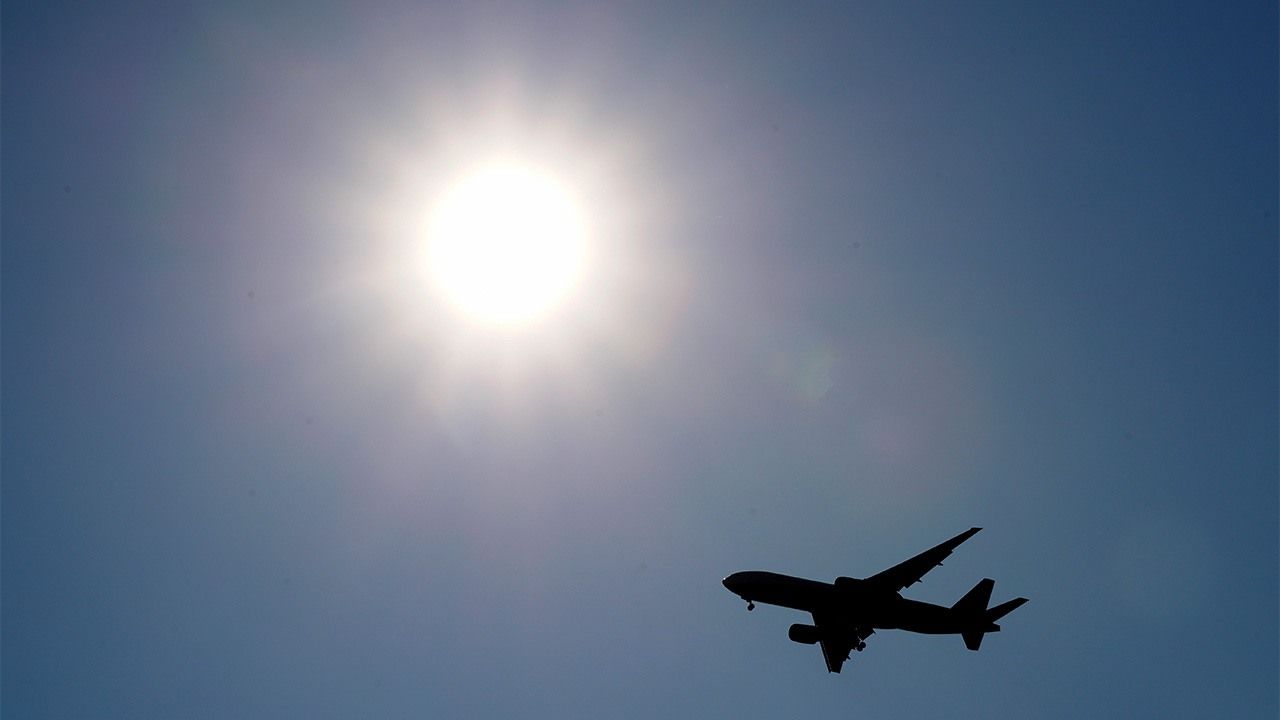 COVID-19 as the End of Globalization: A Call for a Shift to Expansionist Fiscal Policy

Economy Politics World Dec 8, 2020
Since the 1980s, leading nations have relied on the twin pillars of the promotion of globalization and fiscal consolidation. However, the coronavirus crisis is bringing about a major change of direction. Here, a polemicist who has always spoken out about globalism talks about a post-COVID-19 world.

As it has spread globally, the COVID-19 pandemic has hit global economies hard. The gross domestic product of major industrialized nations in the second quarter of 2020 recorded the sharpest drop since the 2008 global financial crisis. Following the lifting of lockdowns in various countries, business is likely to show something of a recovery in the last two quarters of this year, but optimism regarding the situation is not even conceivable.

To start with, the end of the pandemic is nowhere in sight. Experimenting with large-scale urban lockdowns made it clear just how inefficient these are in getting rid of the infection completely. As soon as lockdowns are lifted, the virus starts circulating again, and the number of infected people rises. Today many countries, starting with Japan, are afraid of further waves of infection. As long as this situation remains the same, there is no escaping the fact that a recovery in consumption will be delayed.

The German sociologist Ulrich Beck coined the expression “risk society” to describe modern society. At a time when the accumulation of wealth was still insufficient, people strove for ever greater riches. But once a certain standard of living was achieved, the focus shifted to unease and caution toward anything that might threaten this. In particular, risks associated with health received heavy emphasis in the popular mind, and the burden of reducing these risks was placed on governments. Beck’s theories date back to the time when the nuclear accident at Chernobyl was confronting people around the world with the risk of radioactive contamination. This time, the object of people’s fears is an invisible virus. People are faced with the threat of person-to-person contamination and, in particular, the risk of death for the elderly.

Faced with the pandemic, many countries—although not Japan, at first—started by closing their borders. The virus circulated in line with the global movement of people. Of course, the new coronavirus is not the only dangerous infection around. But the widespread media reports on this new infectious disease made its existence that much more real to people. Unfamiliar threats haunt people’s imaginations, and they cannot be gotten rid of easily.

Up until now, there have been proposals to limit entry into countries to prevent terrorism and crime, but voices calling for freedom and respect for human rights prevented such measures from being carried out. Things are different this time, though. Cries that this had to be done for the sake of public health—something that nobody could go against—and the spreading of panic by the mass media built broad backing for the closing of borders. Governments strictly controlled the flow of people into countries, screening applicants carefully. This trend is likely to stay in place even as the pandemic abates. The power of countries to control their borders has increased significantly as a result of the COVID-19 shock.

It is not just the movement of people that has become more controlled. The countries that manufacture masks and medical equipment have, one after the other, implemented measures to limit exports. Masks, which had been widely available on the market until last year, disappeared from stores for a time. Tougher investment controls have also made an appearance, with more and more countries drafting legislation to prevent the purchase by foreign investors of corporations with state-of-the-art technology in medicine and similar fields.

In the past, such measures would have been criticized as protectionist. But now, they are seen as necessary for governments to protect people’s lives. At times of crisis, governments must enhance their border controls. And expansionary fiscal policies also gain fresh acceptance as a way to relieve the economic pain of the pandemic. We are thus seeing gradual, but sweeping, change in public opinion.

Since the 1980s, the world’s leading economies, including Japan, have adopted increasingly open market policies. Corporations have improved manufacturing productivity by shifting production overseas and building global supply chains. But COVID-19 is likely to bring about major changes in this regard. With countries closing their borders as a result of the pandemic, the cost of a global supply chain increases. And governments are likely to place emphasis on strengthening domestic production of key commodities. The current reliance of the tourism and hospitality industries on inbound demand must also be reconsidered. It looked as though the walls separating countries would be eliminated during the great age of globalization, but now governments and corporations alike are turning their eyes inward more, to the domestic market.

Global Economic Reconstruction Out of Reach

The change in the geopolitical environment is also important. The trade friction between the United States and China has already become extremely tricky. Accusations that China is responsible for the coronavirus crisis have cropped up in Europe as well as the United States. The increase in military maneuvers by China in the South China Sea is changing public opinion in Japan, too. Up until now, there was a precarious balance between political friction and economic cooperation. But we are moving into an age where politics—and security concerns—take precedence over the economy.

A new financial crisis also looms. Despite dramatic plunges in economic activity, stock markets have remained excessively strong in many countries. If the demand for office space declines as a result of people working from home, there is the possibility of a negative impact on urban real estate. Private debt is also expanding widely, from Europe and North America to Asia and beyond. Which of these factors will actually ignite a crisis is difficult to predict, but there is no doubt that financial markets today are unstable.

As the world economy slows down, it is likely that friction between countries will worsen. The previous financial crisis came amid a broad trend toward greater globalization worldwide. At the time, the United States—still behaving like a major power with a sense of responsibility—aggressively injected dollars into crisis-stricken European and Asian financial institutions. International institutions like the World Trade Organization were also functional. But what will happen this time? The movement of people has stopped because of the pandemic, and the flow of goods and money has stagnated. Washington has veered toward an insular “America first” stance, and as a result, global institutions can no longer fulfill their roles properly. As the age of globalization draws to an end, the next recession is very likely to cause a complex crisis greater than that of 2008.

Overseas Demand No Longer a Given

After Japan’s bubble burst in the 1990s, it was overseas demand that sustained the Japanese economy. The combination of exports and overseas investment gave Japanese corporations renewed opportunities for growth. In the tourism sector, too, aggressive measures in the 2010s to attract foreign visitors have filled the gap left by a drop in domestic demand for travel. As a result of these outward-oriented moves, the dependence on exports that had been 8% in the first half of the 1990s rose significantly to 17% in 2019. Foreign direct investment, too, rose from 0.3% as a percentage of GDP in 1993 to 4.9% in 2019.

In the economic crisis now unfolding, it will be difficult to find any escape routes overseas. The impact of the pandemic will go on for quite a while. Greater international friction will further impede trade, cross-border investment, and the movement of people. As uncertainty levels not seen in the past prevail, corporations, investors, and even governments will be pressed hard to rethink their existing approaches.

Whether corporations like it or not, they will have to look into reducing the scale of supply networks that have sprawled too broadly. The Japanese government will need to consider strategies to prompt a renaissance in domestic production. The shrinking national population and regional disparities must also be dealt with seriously. A particularly urgent task will be decentralization reducing the over-concentration of population and economic activity in Tokyo and other urban areas, which makes them far too vulnerable to pandemics.

People will become more aware of the role of government in the future. The government needs to tackle multiple issues, such as bringing production back home, correcting disparities, achieving decentralization, and boosting the low birthrate. A shift to an expansionary fiscal policy is vital to achieve this. And it’s not just Japan. Countries around the world are moving to expand the scale of public finances in order to overcome the economic crisis.

Over the past 30 years, politics has been rooted in the twin pillars of the promotion of globalization and fiscal consolidation. But the post-COVID-19 world will offer an opportunity for reflecting on what politics is all about. A great transformation in values as we look to the future will probably become obvious to everyone very soon.

(Originally published in Japanese. Banner photo: An airplane flying over Minato, Tokyo. With the growth in coronavirus infections, none of the major airlines have been able to avoid reducing their flights considerably. © Jiji.)