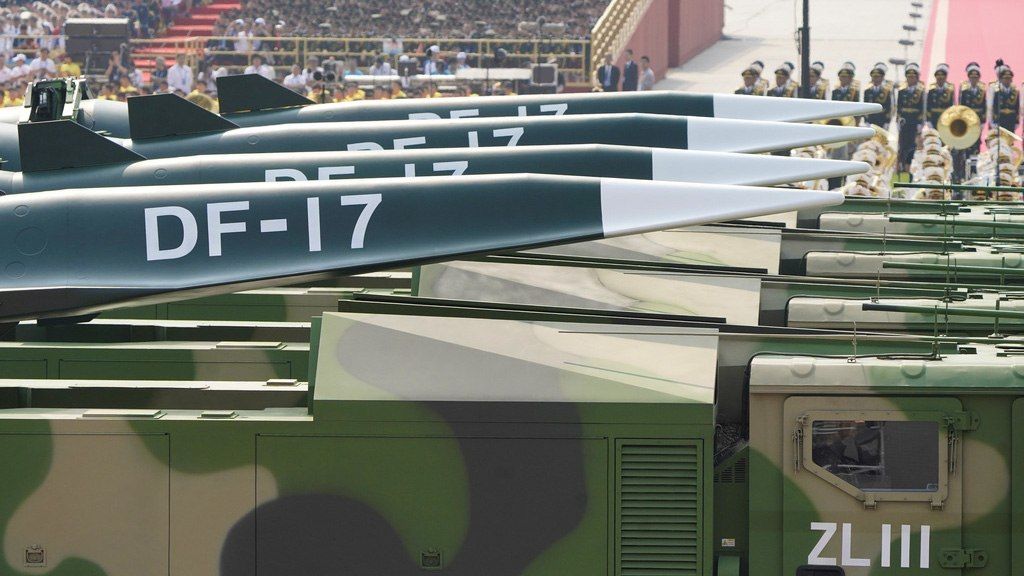 Why Hypersonic Missiles Are Changing the Defense Landscape

Politics World Oct 12, 2020
Japanese Prime Minister Abe Shinzō recently abruptly announced that he was stepping down. In his outgoing remarks, Abe stressed the importance of missile defense, saying, “we have neighbors that are developing nuclear weapons and missiles that can reach Japan. We must ensure Japan is protected from such countries.” Behind Abe’s comments lie rapid advancements in new missile technologies in East Asia. The advent of the hypersonic missile, which some say is impervious to interception by current antimissile technology, has created a whole new kind of threat.

Worries in the Defense Community

On June 15, 2020, Defense Minister Kōno Tarō announced the suspension of a ground-based missile defense system that had been scheduled for deployment in Akita and Yamaguchi and was to have been a round-the-clock defense against missile attacks targeting Japan. The announcement came as a shock to Japan’s defense community. On June 18, in response to Kōno’s announcement, Prime Minister Abe said the National Security Council would begin “concentrated discussions” on Japan’s security strategy in the summer, and aimed to begin implementing the system soon. On June 25, though, Kōno officially announced that plans to deploy the Aegis Ashore ballistic missile system in Akita and Yamaguchi had been shelved.

In response to the decision, a team was formed to review missile defense policy under the auspices of the ruling LDP’s Research Commission on National Security. A document entitled “Team Established to Review Missile Defense” was distributed. Surprisingly, however, the document made no reference to the risks posed by falling booster stages that precipitated the scrapping of Japan’s Aegis Ashore plans. Rather, it stressed the declining security situation in the region, saying, “Japan’s national security environment is riskier and more uncertain than it was in 2017,” when the decision was made to deploy the Aegis Ashore. The authors’ concern was evident in the statement, “some nations are developing game-changing new missile technology that is capable of breaching traditional missile defense systems.”

What was behind the concern expressed in the LDP document? In fact, in 2019, the threat posed to Japan by ballistic missiles suddenly became much more serious.

According to the Ministry of Defense, the KN-23 short-range ballistic missile, which North Korea tested in May, July, and August, shares outward similarities with the Russian Iskander short-range ballistic missile system in terms of ascent maneuvers, use of low earth orbits to avoid radar detection, stealth design with a reduced radar signature, and maneuvering (change of trajectory) during the terminal phase. The Russian Iskander missile that the Ministry of Defense is referring to is likely to be the 9M723. 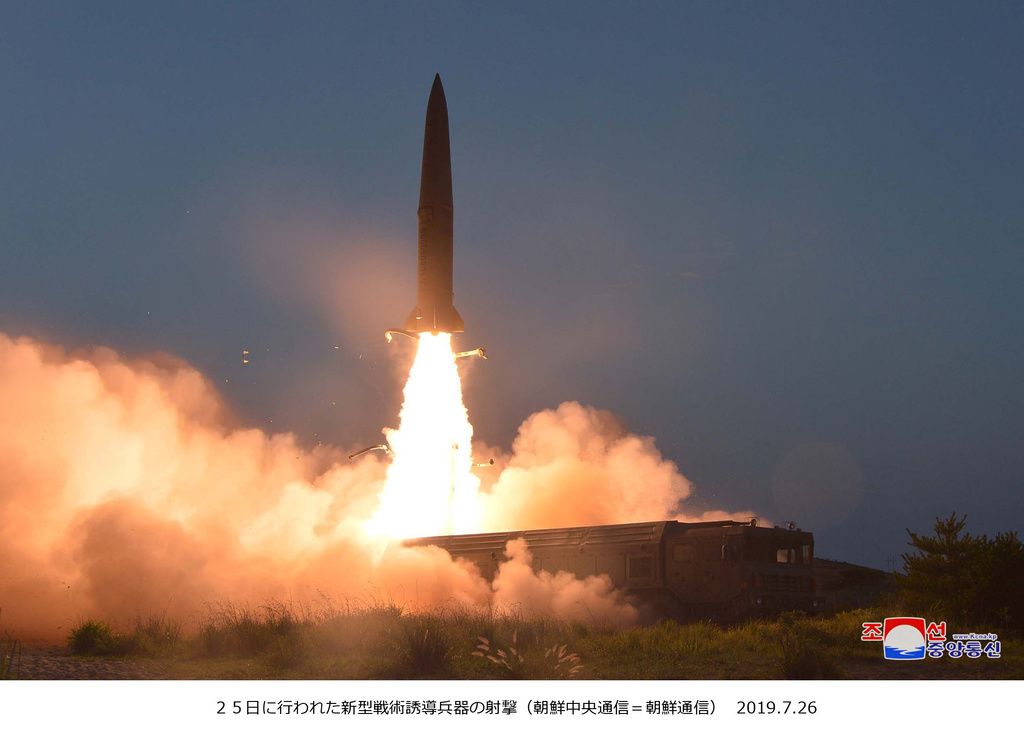 While the estimated range of North Korea’s KN-23 short range ballistic missile is somewhat insufficient for a strike on Japan, according to the report, this development shows that North Korea is developing a missile that travels in a difficult-to-calculate trajectory and is therefore able to breach Japan’s missile defenses.

Russia and China Pick up the Pace

There’s more. On August 2, 2019, the US withdrew from its Intermediate-Range Nuclear Forces treaty with Russia. The INF treaty prohibited the development, production, and deployment of all land-based ballistic and cruise missiles, both nuclear and conventional, having a range from 550 to 5,000 kilometers, and served to reduce the number of Soviet, and later Russian, land-based ballistic and cruise missiles that were able to reach Japan. The ramifications of the treaty’s termination are significant.

On February 1, 2019, the Trump administration announced that it would withdraw from the INF Treaty in six months’ time. There were two main reasons for the decision. Firstly, the US suspected the Russian SSC-08 cruise missile’s range placed it in violation of the INF treaty. Secondly, China, which was never a party to the treaty, possesses a large number of ground-based INF-range weapons. In response to the US announcement, Russian President Vladimir Putin gave his approval to the development of sea-based cruise missiles, in addition to Kalibr NK ground-based missiles and ground-based hypersonic missiles, with a range of 1,600 kilometers and above. This means that we can no longer rule out the future emergence of not only ballistic missiles, but also cruise missiles, capable of reaching Japan.

It gets worse. On October 1, 2019, the seventieth anniversary of the founding of the People’s Republic of China, DF-17 ballistic missiles tipped with hypersonic glide vehicles, which are believed to have been developed to breach missile defense systems, paraded through Beijing on launchers, as part of China’s largest ever military parade. Some believe that the DF-17 has already been deployed. While the DF-17 cannot travel far enough to strike Guam or Hawaii, Japan is well within range.

US Strategic Command categorizes the DF-17 as a “strategic nuclear system.” Chinese media claim that the hypersonic glide vehicle that sits atop the DF-17 has a maximum altitude of 60 or even 100 kilometers, and after descending from maximum altitude, can glide at altitudes of 60 kilometers and below, which is below the minimum shootdown altitude of the SM-3 Block IIA missile defense system used in the Aegis Ashore. What’s more, the HGV carried by the DF-17 can maneuver at hypersonic speeds, making it still harder for the SM-3 Block IIA system to intercept it or shoot it down. 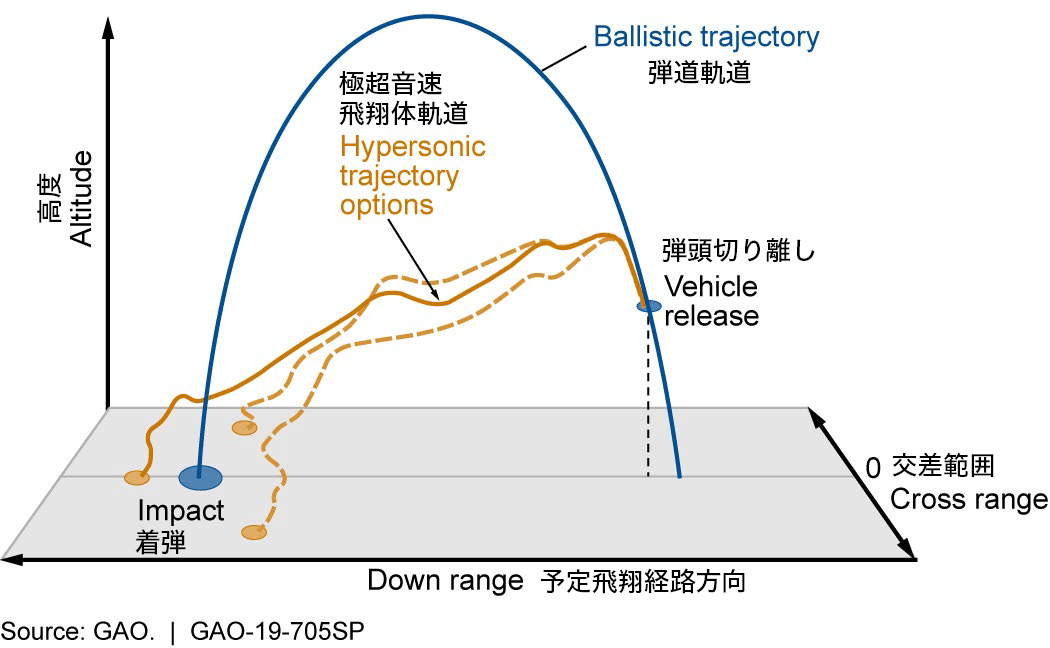 In another section, the LDP document “Team Established to Review Missile Defense” says: “As China and Russia develop hypersonic weapons, North Korea is testing missiles capable of travelling at lower altitudes than conventional ballistic missiles, and on irregular trajectories. . . . Defending against attacks from not only ballistic missiles, which have been the focus of traditional missile defense, but also the new threat posed by the hypersonic cruise missile, is a matter of urgency.”

The team’s alarm at the current situation is transparent.

Launch test of a UR-100N (SS-19) ICBM carrying an Avangard hypersonic glide vehicle, and a CGI simulation of the missile’s trajectory. (From the official Russian Ministry of Defense YouTube channel)

Like ballistic missiles, hypersonic glide vehicles are launched by rockets. Once the rocket stages have finished burning and separated from the vehicle, the vehicle does not propel itself, but rather acts as a hypersonic glider containing explosives. Being a glider, it is capable of various maneuvers: rather than travelling in a simple parabolic arc, the HGV can execute less predictable trajectories. Because of this, it is expected that it will be extremely difficult to predict the down range of such vehicles, even when tracking sensors are used.

Hypersonic cruise missiles, meanwhile, are able to change their trajectories while maintaining hypersonic velocities, generally by using ramjet engines, and are therefore also difficult to shoot down with traditional antiballistic missile systems, due to the difficulty of predicting their course.

In short, Aegis Ashore was no longer a viable defense. The details of this system, which was to be the crux of Japan’s ballistic missile defenses and a response to the North Korean ballistic missile threat, were agreed upon no later than 2018. But the missiles subsequently developed by North Korea, which aim to breach missile defenses by executing irregular maneuvers, and the hypersonic weapons deployed by Russia and China meant that in the space of a year, the missile situation in the region progressed beyond what Aegis Ashore could cope with.

Joining Forces with the United States

On August 4, after over a month of discussion, the LDP project team submitted its “Proposal for Enhanced Deterrents to Protect the Japanese Public” to the government. The proposal called for a new system able to replace Aegis Ashore, alongside further advances in ground-based radar and anti-aircraft missile capabilities and cooperation with US integrated air and missile defense. This would combat the increase and diversification of air-based threats, including hypersonic weapons and swarming drones, and would deploy constellations  of low-orbit satellites and endurance drones capable of lengthy times in the air to identify and pursue hypersonic weapons.

While nothing in the proposal gives the reader any concrete idea about what will replace Aegis Ashore, it is notable that the government is explicitly considering a constellation of low-orbiting satellites to identify and track hypersonic missiles that travel at lower altitudes than ballistic missiles on irregular trajectories, as opposed to the current US early warning systems, based on geostationary satellites, that are designed to track ballistic missiles. This may be a reference to the United States’ new Hypersonic and Ballistic Tracking Space Sensor program, which aims to establish a new early warning satellite system for the identification and tracking of hypersonic missiles. 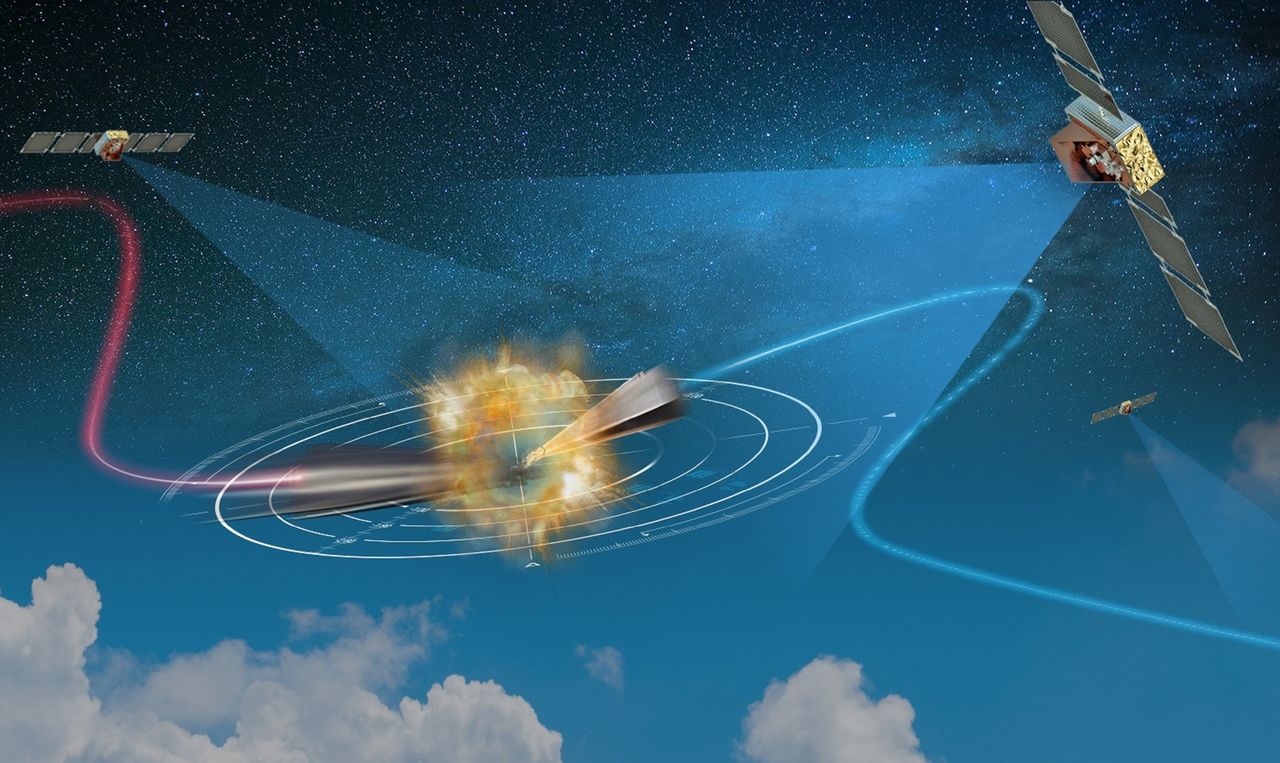 An artist’s impression of the HBTSS being developed by the United States to identify and track hypersonic missiles. (Courtesy Northrop Grumman)

Are Preemptive Strikes Back on the Table?

The ability to identify and track hypersonic missiles using a constellation of low-orbiting satellites may, as well as making it possible to shootdown hypersonic missiles, help give advance warning of missile strikes, enabling residents to evacuate. It could also allow Japan to ascertain where missiles are fired from, and by whom. But what do we do with this information? The LDP proposal contains this interesting phrase: “Japan should bolster its deterrent capabilities within the scope allowed by the Constitution . . . including by acquiring the capability to prevent ballistic missiles from striking other countries’ territories as well, in keeping with the principle of a strictly defensive security policy.”

While the possibility of acquiring the military capability to wage attacks on enemy bases has been debated by the LDP in the past as well, Japan’s agreements with the United States, under which Japan is required to assume the role of defensive “shield” and leave offensive actions to the United States, mean that Japan never acquired such capability. However, in response to the ruling party’s new direction, the National Security Council is currently debating this issue, making amendments to the security strategy that underpins Japan’s foreign relations and defense policies, and revising the underlying policy principles that form the guidelines for the deployment of Japan’s defensive capability. The government is expected to announce its direction on the matter as early as the autumn of 2020.

Just what kind of direction will the government announce in the face of East Asia’s rapidly growing missile threat? I am following with interest not only the government’s policy on hypersonic missiles but also its policy on Japanese capabilities to prevent ballistic missile strikes through actions in the territory of the country launching them.

(Translated from Japanese. Banner photo: The hypersonic DF-17 is paraded through Beijing to mark the seventieth anniversary of the establishment of the People’s Republic of China. © Xinhua/Kyōdō Images.)