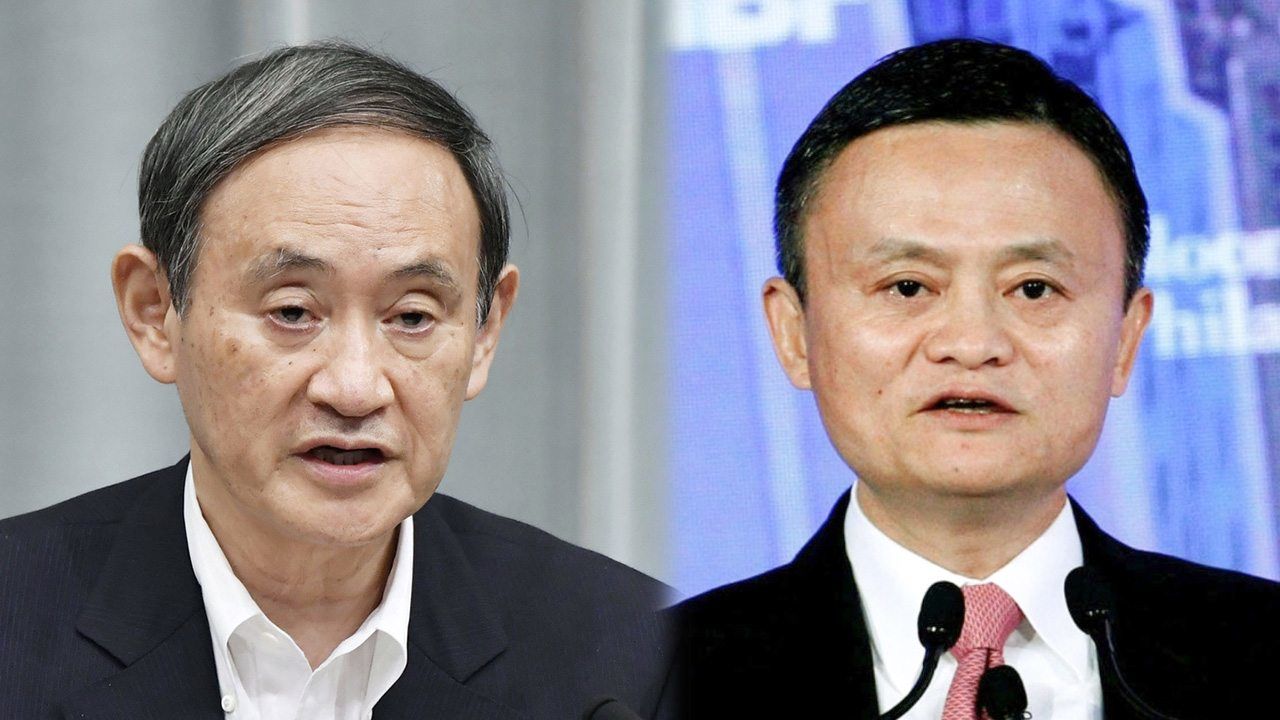 Politics Sep 18, 2020
Suga Yoshihide is like no other prime minister in postwar Japan. His humble beginnings and reputation as a self-made man set him apart from his predecessors and have piqued the interest of the general public to an incredible degree. Political journalist Tase Yasuhiro insists that Suga’s popularity could potentially outstrip even his own expectations.

In discussions about Suga, topics that always come up are his upbringing on a strawberry farm in Akita, employment in a cardboard factory, attendance at night school, and political start as the seventh secretary to a Diet member. The background of the founder of China’s Alibaba Group, Jack Ma, is even more modest. In the national high school entrance exams, Ma scored only one point in mathematics and would later work for a stint as a trishaw driver. Ma’s small stature and distinct appearance have led people to insultingly refer to him as an alien, something he sometimes jokingly alludes to, noting that a man’s ability can be inversely proportionate to his appearance.

Ma took an indirect route to higher eduation, as did Suga, who worked his way through Hōsei University. Both men also share similarities in their careers, rise to popularity, and images of having pulled themselves up by their bootstraps.

Suga’s background starkly contrasts with those of many Japanese political elite, who were born into affluent families and studied abroad before becoming Diet members. Once in office, these privileged legislators are prone to suffer from “politician syndrome,” their lack of practical experience and meager work ethic causing them to be ineffective and idle.

In his career and personal life, Suga is unassuming and frugal, putting him on the other end of the spectrum from elite politicians such as husband and wife lawmakers Kawai Katsuyuki and Anri, the latter of whom infamously sported a Fendi handbag valued at ¥600,000 when she visited the prime minister’s official residence​. The pair are now in jail on charges of vote buying.

Ma, meanwhile, is the antithesis of Robin Li, the handsome cofounder of China’s largest search engine Baidu, who enjoyed a comfortable upbringing and attended the elite Peking University.

Ma and Suga are likewise similar in that they do not exactly fit into the category of “handsome.”

Suga has the potential to become a more popular politician than even he realizes. Jack Ma’s catchphrase (and the title of his biography), “Never give up,” is also an apt description for Suga’s quintessential character. A veteran Diet member close to Suga once remarked that there was no one as strong willed—Suga never backs down, but is also quick to act on requests.

None of Japan’s postwar prime ministers could be described as having “ordinary” backgrounds, with maybe the exception of Tanaka Kakuei, who rose to the top post from humble beginnings in Niigata. However, unlike Suga, Tanaka led his own faction, was a business entrepreneur, and was himself wealthy.

I am also from Tōhoku—Yamagata Prefecture—and have long held an interest in Suga, whose Akita hometown of Yuzawa is just across the prefectural border. As with most folk from Japan’s north, I am somewhat taciturn, and when talking with politicians, they tend to dominate the conversation. With Suga, though, we talk in roughly equal amounts. However, when Suga talks with other politicians or bureaucrats, his words become more incisive.

As journalists, we unconsciously size up people when we first meet them to get an idea of their character relative to our own. In business, it is not unusual to assume from a person’s nature that given enough time, he or she will almost certainly reach executive status.

We use a similar standard when sizing up politicians—but no such standards apply for Suga. There is no way for us to know what he is thinking or to gauge his motives.

This is the case with most self-made politicians. Such mystery can expedite a politician’s rise to influence. A prime example of this was Kanemaru Shin, a political heavyweight from the 1970s to the 1990s. In the latest election for a new leader of the Liberal Democratic Party, Suga and current party Secretary-General Nikai Toshihiro fell into this category. Nobody could guess what was going through the minds of these two mysterious figures.

Yokohama-based member of the House of Representatives Okonogi Hikosaburō was a powerful politician with strong leadership qualities. He held immense political influence both in Yokohama and Kanagawa Prefecture. He was even able to bring the rambunctious Diet member Hamada Kōichi into line.

In Okonogi’s office, Suga was ranked seventh in the pecking order and had a reputation for never doing anything to ruffle his boss’s feathers. This earned him Okonogi’s favor, whereby Suga rose to become head of personnel and learned the sweeping influence of such a role. Suga now enjoys an astonishingly profound personal network.

I was first introduced to Suga by Katō Kōichi (who fell from political power after an unsuccessful leadership challenge in 2000), who told me of an amazing newcomer in the Kōchikai faction of the LDP. Suga first appeared on the scene during the so-called Katō rebellion—perhaps if Katō had better leveraged Suga, he might have become Japan’s leader.

Regardless, it was Suga’s time in Okonogi’s office that forged the man we know today. It was not experience that could be gained just by being a parliamentarian’s secretary or in the Yokohama City Council. Today, it takes Suga’s approval to get anything done in Kanagawa. Consequently, Kanagawa Governor Kuroiwa Yūji and Yokohama Mayor Hayashi Fumiko can be considered Suga’s subordinates, as indeed are the Kanagawa natives Kōno Tarō, now minister for administrative reform, and Minister of the Environment Koizumi Shinjirō.

A New Face for Politics

The name Suga is also interesting—it refers to sedge, a fibrous, grass-like plant, suge in Japanese, that grows in marshy places. Many Japanese are familiar with the plant from a famous folk song, “Chatsumi,” which mentions a “sedge-woven hat​.”

As a surname, Suga is quite common in rural areas of Akita. The same character is also read kan, which is a popular family name in various regions around Japan, as with Kan Naoto, prime minister from 2010 to 2011. A casual reader of Japanese politics in China might be forgiven for seeing Suga’s name and imagining that Kan had returned to office.

I have a feeling that Suga’s plainness may win him great popularity among Japanese households. While many people suggest that his government will merely follow the lead set by his predecessor Abe Shinzō, I believe the opposite to be true. With the LDP presidential election looming in September 2021, Suga is no doubt confident of shoring up his position and remaining at the helm.

His taking the main stage also has the potential to transform the image of politicians in Japan. It could lead to young people with neither regional nor familial connections launching into the political sphere, thereby curbing the certitude of hereditary politicians.