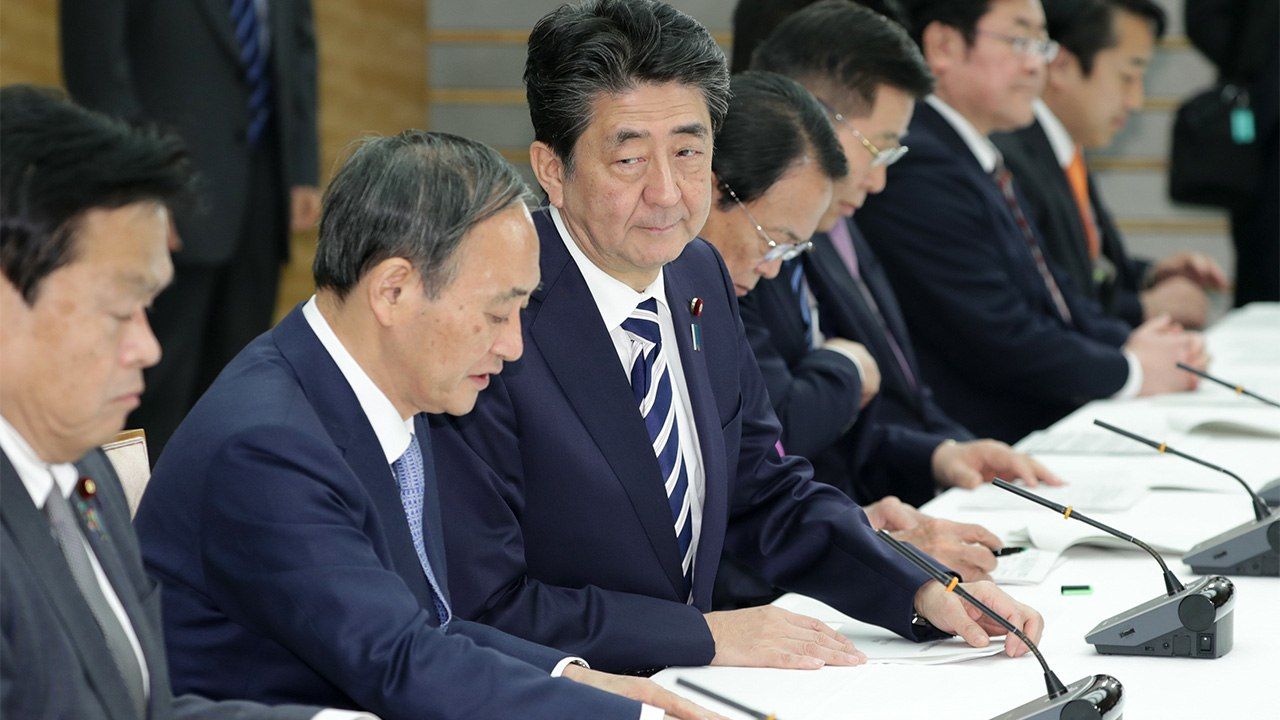 Breaking with the Abe Past: Policy Challenges for Prime Minister Suga Yoshihide

Politics Sep 17, 2020
During his long tenure in the spokesman role of chief cabinet secretary, Suga Yoshihide had little chance to carve out his own identity, meaning that little is known about his policy chops now that he is prime minister. What challenges await this new leader, who is so far promising to stick to the Abe course?

Carving Out His Own Political Identity

The administration of Suga Yoshihide, Japan’s new prime minister, is just now getting off the ground. We can already predict the broad outline of what he will seek to accomplish, and when. We may also be able to make some solid guesses about the timing of and reasons for his administration’s end.

First off, we should see the House of Representatives dissolved and a general election held before the dust has settled from the formation of Suga’s new cabinet. A likely date for the contest is October 25 this year. In this election, the main task before the new premier will be to prevent the three powerful politicians who helped bring him to his position—his predecessor Abe Shinzō, Deputy Prime Minister Asō Tarō, and Liberal Democratic Party Secretary-General Nikai Toshihiro—from attempting to wield power behind the scenes.

Abe in particular, as the man who made room for Suga to step into the post by stepping down himself, seems likely to demand some input in the selection of key posts like the chief cabinet secretary. But Suga, who supported Abe’s administration in that position, surely has his own strong ideas about the appropriate sort of person to fill that role.

If Abe, Asō, and Nikai come at Suga with accusations that he is ignoring the way they made him prime minister, he is prepared to blunt their attacks, showing great civility all the while. This is the only way forward for him in the nation’s top post—and indeed, there is nobody more prepared than him to do so. At first he will mouth appropriate platitudes about “carrying on with the Abe policy platform,” but he is sure to already be considering how to establish his own approaches to Japan’s government.

What will Suga’s policies be? One strong motivation for him is a desire to strengthen Japan’s less urban regions. In this he may well be feeling an ambition similar to that he held when, fresh out of high school, he arrived from Akita at Tokyo’s northern Ueno terminal, carrying his belongings in a single Boston bag. The trains arriving in Tokyo from the north carry with them memories of the hometowns of their passengers, who spill out into the capital to find their fortunes.

The Art of Network-Building

The wellspring of Suga’s political savvy lies in his unflappable nature. While he served in the Abe cabinet, he clashed countless times with Asō and Nikai, the deputy prime minister and the LDP’s secretary-general. The friction between Suga and Asō concerning the ideal timing to dissolve the Diet and call the next general election has been particularly severe. Suga is known for his unvarnished straight talk, whether he is addressing the prime minister himself or the staff who serve him at the Kantei, the prime minister’s office.

At the same time, though, he is also known for his attentive consideration for others—something he learned from his political mentor, the LDP’s Kajiyama Seiroku. In June 2000, when Kajiyama died, one man seen weeping at his funeral in Ibaraki Prefecture was Okamoto Yukio, a former high-ranking bureaucrat in the Ministry of Foreign Affairs. (Okamoto, incidentally, was felled in April this year by COVID-19.) The friendship between Okamoto and Kajiyama was unusually strong, and unusual for bridging the boundary between the political realm and the bureaucracy. Suga, too, has worked to craft bonds like this with a variety of figures; we may see some of them playing highly visible roles in the Suga administration.

There is Takenaka Heizō, the economist who held several portfolios in the administration of Prime Minister Koizumi Jun’ichirō (2001–5). There is Hashimoto Tōru, former governor of Osaka Prefecture and mayor of the city of Osaka. Through Hashimoto’s Osaka Ishin no Kai political group, Suga enjoys connections with a number of key figures in Osaka; he maintains similar networks in Okinawa and elsewhere around the country. While serving as chief cabinet secretary, he also held thrice-daily regular meetings with figures in various fields, picking their brains and building up still more formidable networks.

Looking Toward the Summer Games

What priorities can we expect Suga to establish in his policy menu? Grappling with the ongoing COVID-19 pandemic will certainly be at the top of the list. The job of the prime minister is to stand at the head of the nation and state his case to its people, and the approaches he takes to the coronavirus may well differ from those he helped to implement while serving Prime Minister Abe.

Next will be getting the Japanese economy back up to speed. The entire world is facing an economic crisis the likes of which it has never experienced, with funds drying up and the flow of goods slowing to a trickle. Free trade is championed by almost nobody nowadays, and nations around the globe are increasingly opting for bigger government, whatever its form may be.

One thing Suga will have to do relatively quickly is make a decision on the Tokyo Olympic and Paralympic Games, which have been delayed until the summer of 2021. The choice will need to be made within this year whether to go forward with hosting the quadrennial event or to cancel it for good. COVID-19 continues to rage, with cases climbing rapidly in the Southern Hemisphere in particular, and all nations are finding their purses hit hard by the cost of responding to the pandemic. These facts seem to point to a likely cancellation of the games—something that would hit Japan hard, both materially and spiritually. How to rebuild from the loss of the Olympics would then be the next issue to tackle. Thus the Tokyo Games, along with the task of economic recovery, will be the two key themes over the coming year.

The economy is a tall challenge no matter who takes it on. When the entire world is in the economic doldrums due to the pandemic, Japan has no hope of making a successful recovery all by itself. Suga so far is stressing the need to stay the Abenomics course, but in reality Abenomics has very little to offer beyond Bank of Japan Governor Kuroda Haruhiko’s massive program of monetary easing.

The new prime minister has shown a tendency to favor economic policies that provide direct succor to the people: lower public utility bills, lower fees for mobile phone usage, and the like. We may see the emergence of a “Suganomics” whose impact on everyday life is easier for the average citizen to grasp.

Suga Yoshihide is not the sort of politician who will win public support with his charismatic or endearing ways. His humble family origins, though, may be a source of popularity for him, leading him to play them up. He is a man of contradictions, showing himself to be capable of great emotional warmth at times and at others being as cold as he needs to be to take a hard stance on the issues. How these opposing qualities play out, or which one comes out on top, remains to be seen. Suga may create a lasting administration of his own . . . but he might also end up little more than a caretaker occupying the Kantei until Abe Shinzō can return for a third time at the top.

(Originally written in Japanese on September 11, 2020. Banner photo: Suga Yoshihide, second from left, at a January 22, 2020, cabinet meeting on economic and other topics. © Jiji.)