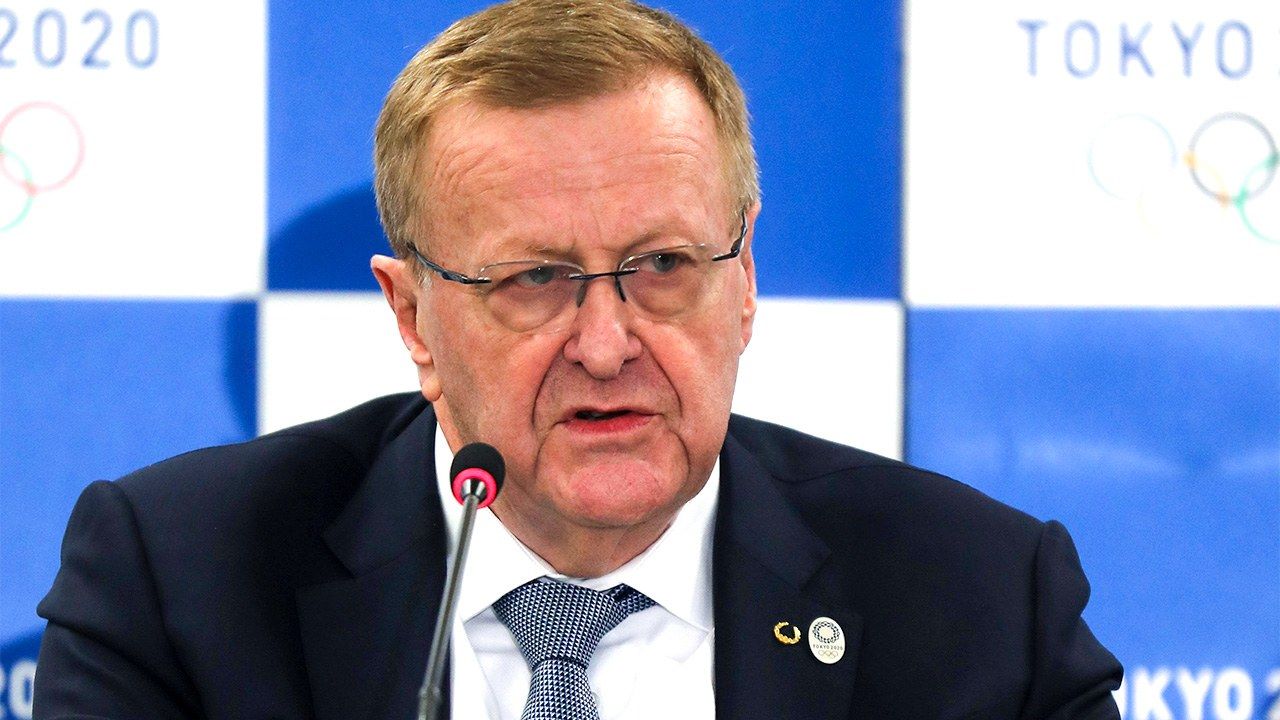 Sports Tokyo 2020 Oct 19, 2020
Japanese Prime Minister Suga Yoshihide has pledged to carry out the Tokyo Olympics and Paralympics, but debate rages over whether the events can be held during the pandemic. Amid the turmoil, IOC official John Coates recently asserted that the games will go ahead.

Japan’s hopes for holding the Tokyo Olympic and Paralympic Games in 2021 are looking up. International Olympic Committee Vice President and chair of the Tokyo Coordination Commission John Coates declared to the AFP in a September 7 interview that “the games will start as planned on July 23 with or without COVID.” He reinforced his stance by proclaiming that “these will be the games that conquered COVID,” and that the Olympic flame could become the light at the end of the tunnel.

What are we to make of these comments? The pandemic is still raging and a vaccine against the disease, while in development, will not become widely available for some time to come. Coates in voicing his commitment seems willing to put the health and safety of athletes and spectators at risk for the sake of holding the games. This attitude strikes me as irresponsible.

IOC President Thomas Bach echoed Coates at a teleconference following a September 9 board meeting, insisting that the organization remains focused on delivering a safe and successful Tokyo Olympics. “Coates, like the entire IOC, is fully committed to the principle we always apply of the Olympic Games in a safe environment for all participants,” Bach stated. Is this really the message Coates sent with his comments, though?

Most of the contracts that the Tokyo Organizing Committee signed with domestic sponsors are set to expire at the end of this year. Negotiations to extend these are underway, but given the uncertainty of the situation, the TOC is facing an uphill battle with negotiations and dwindling prospects for securing sponsor income. Seen through this lens, the motives of Coates in declaring his commitment to holding the games could be construed as intending to help the TOC in its negotiations with sponsors.

Another interpretation revolves around potential compensations issues and losses if the Olympics are cancelled. The IOC has the final say in whether the games go ahead, but it does not want to be left holding the bag in deciding to pull the plug. Since the Japanese government requested that the Olympics be postponed in the first place, the IOC may be hoping that in the event that the games must be called off, the decision will come from Japan. Furthermore, Coates in making his remarks may in effect be sending a message to Prime Minister Suga Yoshihide that although he has just stepped into the post of premier, he is still on the hook for its financial obligations.

Under the agreement with the Tokyo Metropolitan Government and the Japanese Olympic Committee, under which the TOC was set up, the IOC has the authority to cancel the Games. The agreement, which was decided by the Japanese government under Suga’s predecessor Abe Shinzō, makes no provisions for a postponement.

On March 24 of this year, Abe summoned Tokyo governor Koike Yuriko and TOC Chairman Mori Yoshirō to a meeting and, speaking by telephone with Bach, requested a delay to the summer of 2021. Given that Abe’s term as president of the Liberal Democratic Party, and consequently his tenure as prime minister, would end in September 2021, many in political circles believed that he viewed the Olympics as his last hurrah.

The IOC was under mounting pressure from athletes and national sports federations, who had begun speaking out about whether it was a good idea to go ahead with the games as planned in 2020, and the meeting probably saved the organization from having to make the decision to postpone on its own.

Originally, the government of the host country was not expected to be directly involved in the Olympics, but instead only play a supporting role to the host city. However, as the Olympics have swelled in size, the scope of government involvement has necessarily grown larger.

Abe was always in the spotlight when it came to the Tokyo Olympics. He stood center stage at the IOC session in Buenos Aires in 2013 when Tokyo was awarded the games, assuaging concerns about the disaster at the Fukushima Daiichi Nuclear Power Station by declaring that Japan had the situation under control. Then at the closing ceremony of the Rio de Janeiro Olympics in 2016, he upstaged Koike with his memorable appearance dressed as Super Mario from the Nintendo video game series.

However, Abe’s unexpected resignation as premier due to illness meant that the games lost their chief promoter, and now the IOC is wondering who is in charge of the show.

Paying for the Red Ink

The week following Abe’s announcement that he would step down, the Japanese government convened the first meeting of a coordination committee for dealing with the coronavirus in connection with the Olympics. Officials from the Tokyo metropolitan government and the TOC were also present at the meeting, which covered matters like establishing infection-prevention measures and regulating entry into the country. Although vital issues, few people believe that the committee is the key decision maker. A more pressing matter than infection prevention is where to find the money to pay for the colossal cost of postponement.

It has been six months since the decision to delay the games was made, but organizers still have no clear idea if events will have to be held in front of empty stands or whether spectators, even in limited numbers, will be allowed to attend. Preparations, including budget allocations, cannot move ahead until this issue is resolved.

The TOC’s expected revenue of ¥90 billion from ticket sales will be significantly less if spectator numbers are restricted, and refunding people who have already bought tickets will be an added expense. Even if large crowds attend the various events, the costs of infection prevention and entry control measures at airports will be staggering.

The TOC, expecting it will have to work with a tight budget, will try to cut costs where possible. Although the IOC has accepted that the games may take place in front of smaller audiences, it has told the TOC that it will not allow events behind closed doors or shortened opening and closing ceremonies, so there is a limit to how much the budget can be pared back.

Under its contract with the TOC, the Tokyo metropolitan government must make up any budget shortfalls of the committee. However, Tokyo has already depleted most of its ¥900 billion emergency fund in dealing with the coronavirus crisis. If Tokyo cannot come up with the cash, the Japanese government, as stated in candidate city file submitted to the IOC and in accordance with domestic law, will have to cover any shortfall. The same provision applies if the games are reduced in scale. Abe was the sitting prime minister when this agreement was made with the IOC, which in effect made him the event’s guarantor.

A Decision for the Suga Administration?

Abe in stepping down said that preparations would continue on schedule and affirmed that his successor would cooperate closely with organizers to address the various unresolved issues.

Speaking to several sport newspapers, Suga, who before becoming prime minister was Abe’s right-hand man as chief cabinet secretary, pledged that he would do his utmost to ensure that the games are held. When running for LDP president, however, he made no mention of the Olympics, and he has had virtually no dealings with the IOC himself.

He is undoubtedly aware of the political impact of the Olympics, though. He recently threw water on speculation that he would call a snap election before the end of the year, saying that the next Diet race will not come until at least early 2021. This leaves only a short window for an election either before or after the games.

The electoral prospects of the LDP-led government and the fate of the Olympics are closely linked. Cancelling the games would be a serious blow to the administration, making it more advantageous to have an election before a final decision on holding the Olympics needs to be made. The looming question now is exactly when Suga will decide to call an election.

Meanwhile, in an August radio interview with the BBC, IOC member and president of World Athletics Sebastian Coe discussed the possibility that the Olympics might not be held in 2021, saying there are “no certainties” the games will happen on the new date. He went on to suggest that the IOC may have to think about creating completely different types of events.

I do not know what kind of competitions Coe has in mind, but his remarks indicate that the top figure in the athletics world is starting to think a new approach is needed to deal with the disruptions caused by the coronavirus.

Until the pandemic abates, large-scale international sporting competitions are out of the question. An alternative idea might be to disperse events to different locations. An international pole-vaulting meet was held in Lausanne, Switzerland, home of the IOC, in early September. Spectators were limited to 1,000 and were joined by the IOC’s Bach.

The Olympic movement is billed as a festival celebrating world peace through sports, and the games are a premier event precisely because they bring together athletes and spectators from around the world. But even if Olympic events were to be held in different locations, using online technology to stage this festival of sports could be an alternative for connecting people all over the globe.

Coe is himself an Olympic athlete, gold medalist in the 1,500-meter race at both the 1980 Moscow Olympics and the 1984 Los Angeles Olympics. He was also chairman of the 2012 London Organizing Committee. As president of World Athletics, his statement that athletes’ safety should not be jeopardized was influential in the decision to postpone.

In contrast, people in Japanese sports circles have said little. All decisions seem to have been left up to the government, and some critics are beginning to question its heavy-handed role. However, the time for the JOC and other domestic sports bodies to speak up has long passed.

Athletes bore the brunt of the politically-motivated boycotts of the 1980 and 1984 Olympics, the former issued by US President Jimmy Carter to protest the Soviet invasion of Afghanistan and the latter the Kremlin’s response to the US-led boycott against the Moscow games. Looking back, Japan’s decisions to step back from staging the 1940 Olympics as the conflict between Japan and China on the Asian mainland heated up and to boycott the 1980 Moscow Olympics are legacies of political acts that should never be repeated.