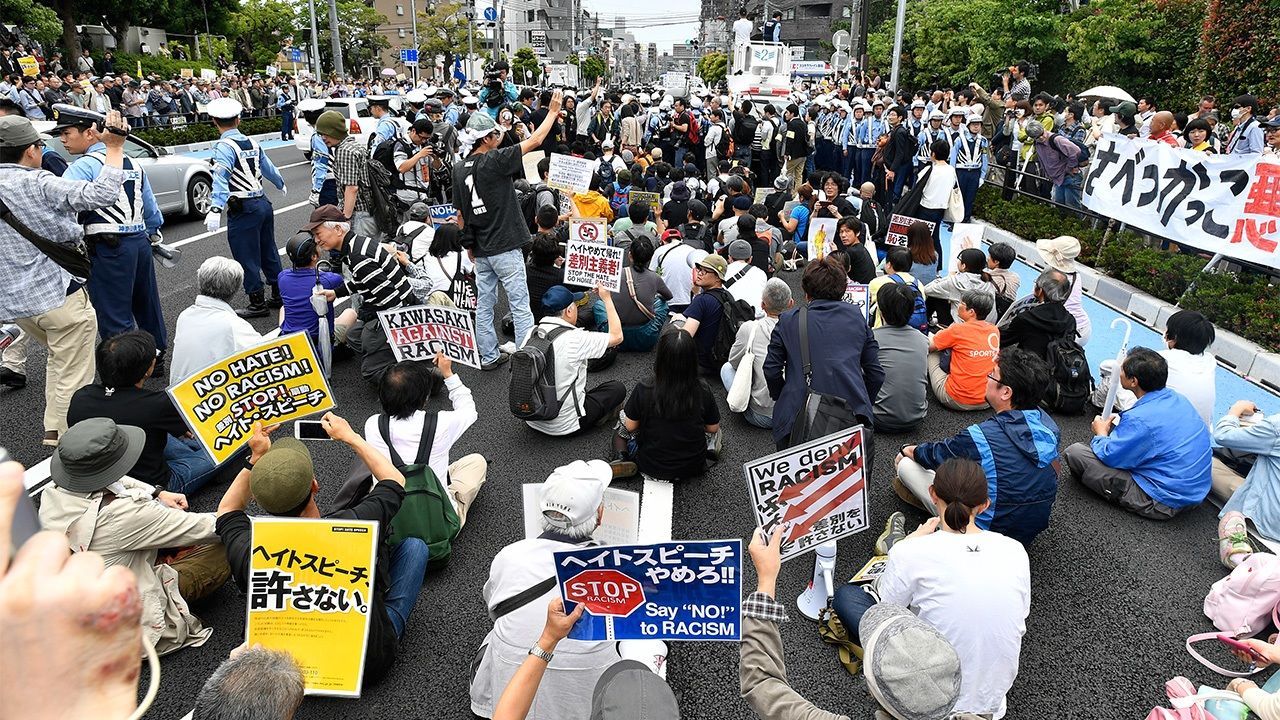 The Cry of the People

Kawasaki Daishi is a popular spot for offering New Year’s prayers. Just 1 kilometer south of this Kawasaki, Kanagawa, temple lies Sakuramoto, a neighborhood with a large number of Zainichi Korean residents. It is a typical mixed residential/commercial center, in the coastal area of the Tokyo-Yokohama industrial belt. Prior to World War II, when the Korean peninsula was under Japanese colonial control, many Koreans were brought here to work in the factories. 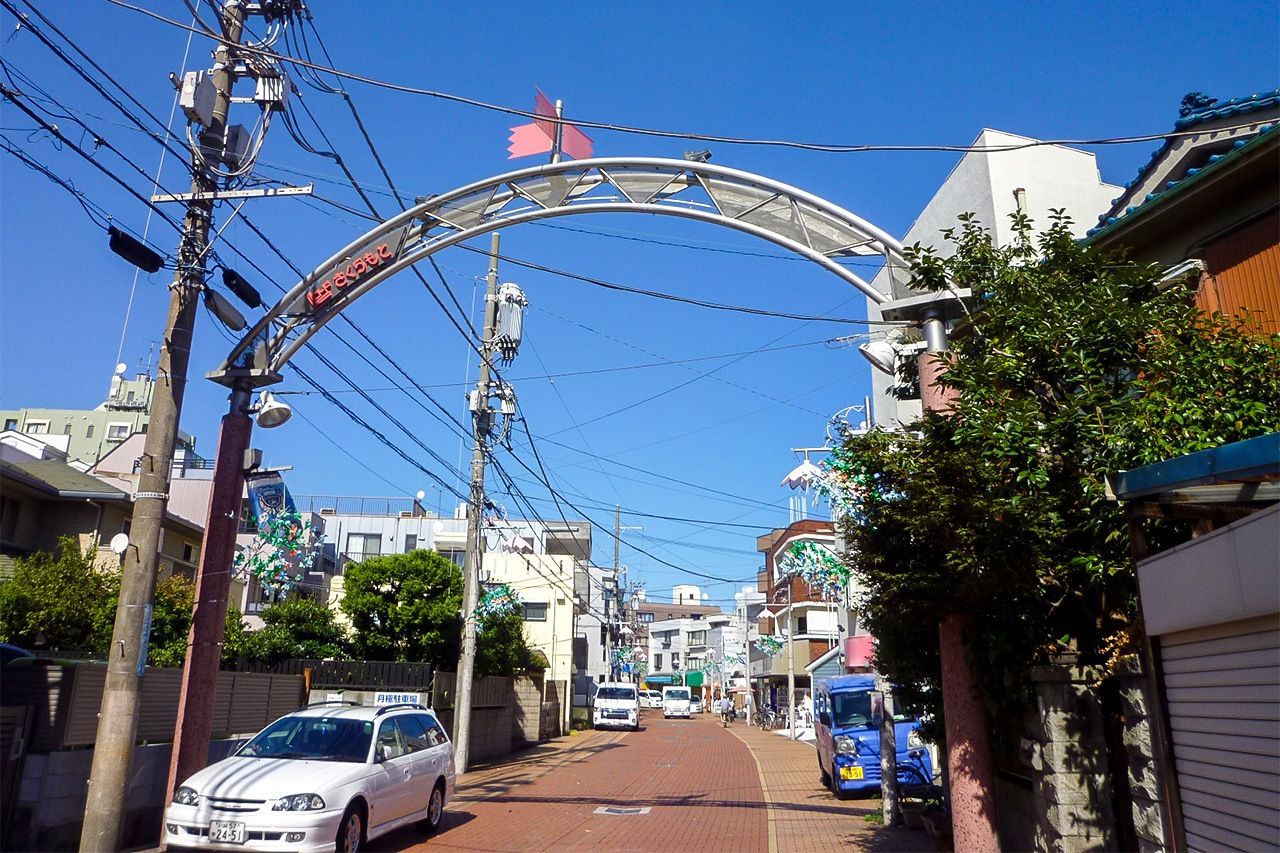 Cherry trees line the main street in Sakuramoto. (Photo courtesy of the author)

Five years ago, on November 8, 2015, a racist rally shocked this usually quiet neighborhood. Rallies had previously been held near Kawasaki Station and other locations, but this was the first time the neighborhood was targeted.

The crowd shouted abuse and threats at residents. Brandishing rising sun flags, they chanted “Purify Japan” as they approached. Despite a light drizzle, an antihate counter-demonstration gathered, with protestors shouting at the group to leave and to end their discriminatory behavior, adding to the cacophony.

Choi Kang-ija, a local resident and third-generation Zainichi Korean, recounts the events. “I was afraid when I saw the rallies outside of Kawasaki Station, so I avoided that area, but when they came to my neighborhood, I had nowhere to go. I felt both fear and shock. They shouted terrible things at us, telling us to ‘Get out,’ and treating us like dirt. Counter-demonstrators followed the group, shouting at them to end their discrimination, echoing the cry in the heart of all the residents.”

From that day, she felt fear wherever she went. “I couldn’t sleep for nights. I was constantly in afraid that they would come again.” Another hate rally was staged in Sakuramoto the following January, shouting even stronger obscenities at residents. Choi petitioned the Kawasaki City Council to deny permission to the group to hold rallies in the local park, but the authorities rejected her plea, claiming there was no basis for refusal. She felt totally powerless.

From Ideal to Ordinance

Choi was spurred into action by the words of a child: “If there are no rules, adults should make them.” In March 2016, she submitted a declaration of harm due to human rights violation to the local Legal Affairs Bureau, and was summoned to the national House of Councillors to testify before the Committee on Judicial Affairs. It resulted in a cross-party parliamentarian delegation visiting Sakuramoto to investigate.

One member of the inspection party, Yakura Katsuo of the Kōmeitō, recounted being deeply troubled when one junior high school student pleaded: “They’ll kill me—please help.” The day after the hate rally, a Japanese friend apologized, with good intentions, but left the student feeling “different,” and even sadder. Yakura condemned the rally for creating not only fear, but also divisions that had not existed before. 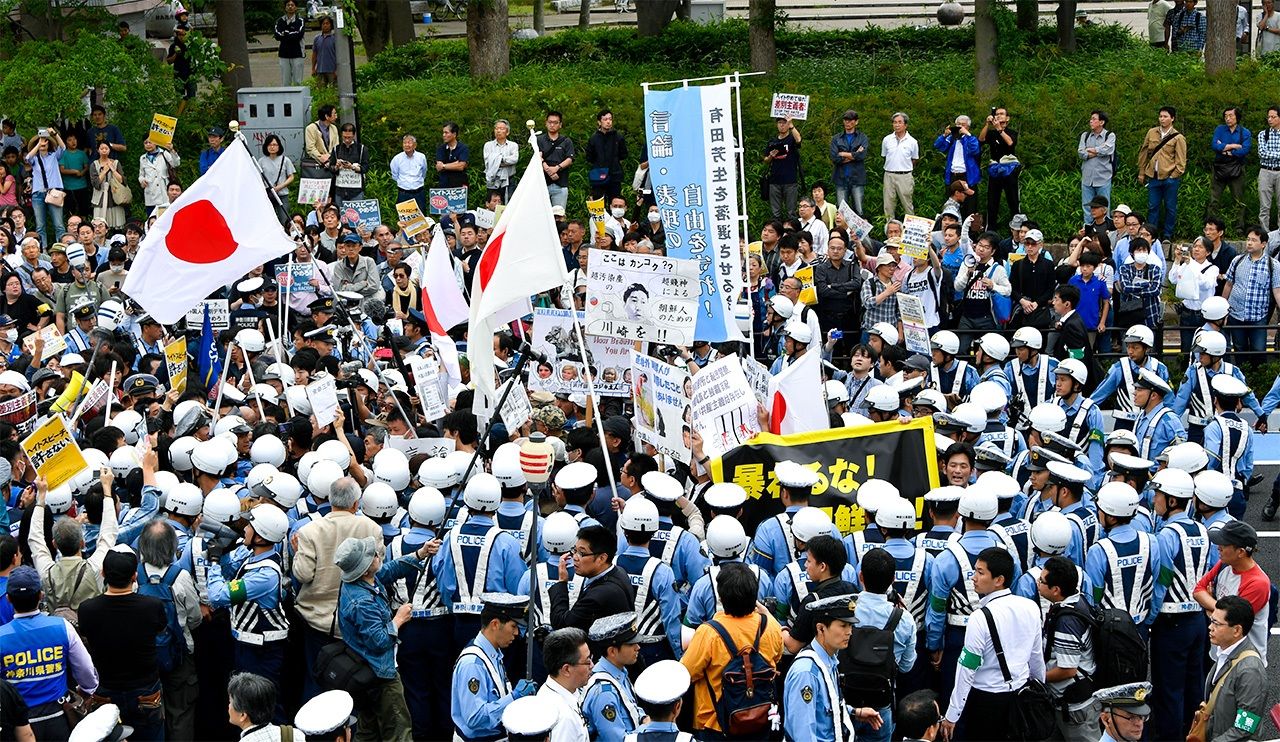 In Nakahara-ku, Kawasaki, in June 2016, a counter-demonstration surrounded participants in a hate rally, forcing them to abandon their plans. (© Jiji)

Such remarks created the impetus for legislation, leading to the proposal of the Hate Speech Elimination Act in May that year. Because the law lacks penal provisions, to some, it may seem little more than pie in the sky. But Choi feels that it is a major step in the right direction, providing some recourse, where previously Zainichi Koreans felt forsaken.

Based on the new law, Kawasaki City introduced an ordinance to effectively suppress hate speech. Tokyo, Osaka, and Kobe already had anti-hate-speech laws, but Kawasaki’s is the first to include penalties. It was enacted in December 2019, and took full effect in July 2020. 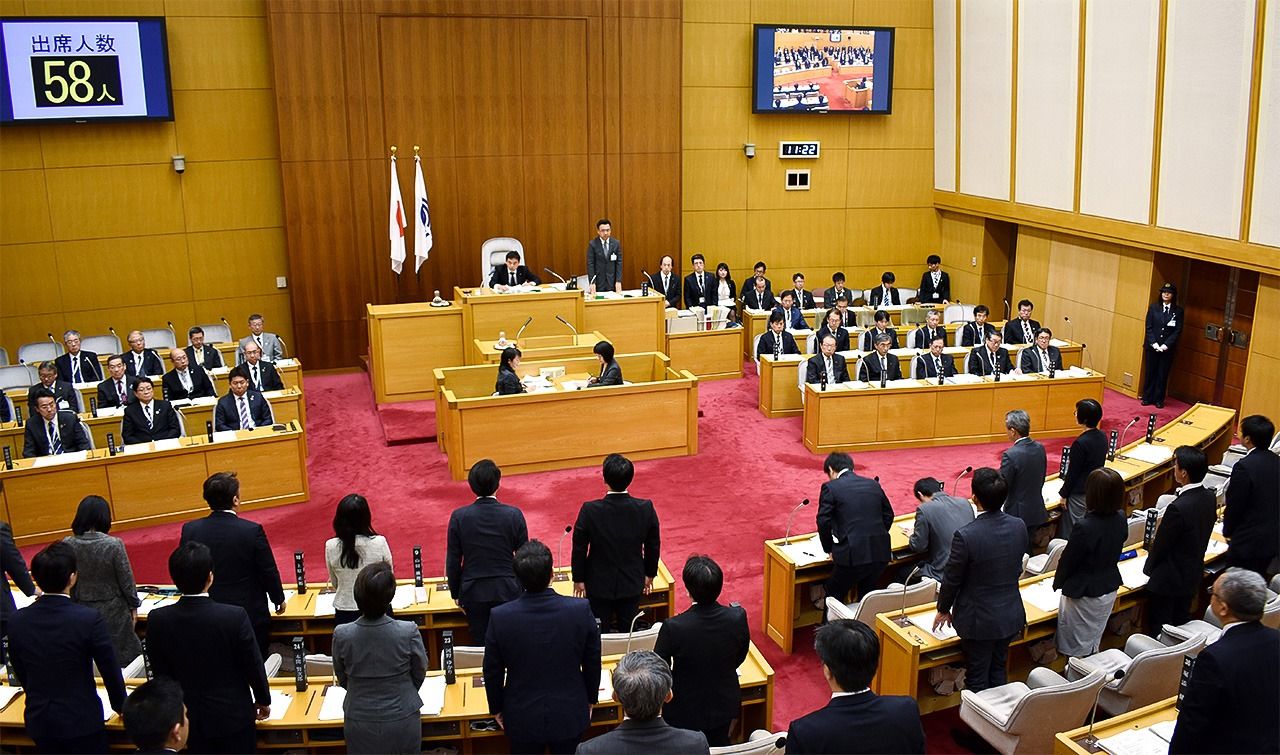 Gaps in the Law

Kawasaki’s ordinance addresses unfair discrimination against people originally from abroad or their children, regardless of their nationality. It imposes penalties in three levels of increasing severity for repeated discriminatory behavior: remonstration, directive, and indictment/fine (maximum ¥500,000).

But at least eight hate rallies have been held in Kawasaki, including outside the main station, since July, when the ordinance came into full effect. Morooka Yasuko, an attorney specializing in hate speech, believes that the ordinance itself is exemplary, and is starting to carry weight, but does not go far enough.

Article 12 of the ordinance, which determines penalization, tries to strike a balance with freedom of expression. It specifically prohibits three forms of behavior: ostracism, harm, and insults. Consequently, actions that fall outside of these categories are not subject to penalty, a situation that according to some effectively encourages racist groups.

On September 5, a group gathered outside Kawasaki Station branding non-Japanese people as liars and claiming that bank transfer scams would continue as long as the authorities took a soft stance toward foreigners. Such comments might seem to fall under the category of “insults,” but the ordinance defines insult as “comparison, etc. of a person originally from outside of Japan with something other than a human,” and so the law does not apply.

Source: Guidelines for Understanding Article 12 of Kawasaki City’s Ordinance for development of a human-rights-based city without discrimination.

Council staff monitoring hate speech reported that the hate group made provocative statements at a gathering while skirting the edge of the ordinance: “We aren’t going to say anything hateful, and we insist that you officials listen carefully to what we have to say!” But municipal officials have yet to recognize any violations of the ordinance.

Morooka explains that the council will only indicate whether or not a case falls under Article 12, but she believes that the mayor should proactively condemn discriminatory speech or actions.

Sadly, there seems no end in sight to personal online attacks via online bulletin boards, Twitter, and other social media. After her testimony before the Diet, Choi’s information and movements were published online, and she is still targeted by anonymous online attacks. She has dealt with them personally, demanding that Internet service providers remove posts, lodging criminal complaints, and even going to court, but she says the personal burden is great. Because she must provide proof of harassment, she relives the harm she suffers multiple times, causing her greater anxiety.

An external organization consulted about measures to counter online abuse recommended that the city council take responsibility for removal of discriminatory online posts, on behalf of individuals. But even though Choi petitioned the council over 332 attacks, as of November 11, 2020, the city has only recognized and sought deletion of two offensive posts.

Morooka says that the first official recognition of discrimination by the city council is a step forward, but that the definition of hate is too narrow, and because assessments take months, the system offers only limited assistance. She believes that Kawasaki must act faster, given the speed with which tweets and similar posts are shared.

Why Does Discrimination Occur?

Some claim that Zainichi Koreans are targeted for abuse because they have been granted rights equivalent to Japanese citizens under their legal status of “special permanent residents.” In May 2015, at a hearing of the House of Councillors’ Committee on Judicial Affairs, Director General Inoue Hiroshi of the Ministry of Justice Immigration Bureau explained: “In consideration of such historical factors as the withdrawal of their Japanese citizenship and of their attachment to Japan, special measures were established under the Special Act on the Immigration Control, offering treatment differing from that applied to other foreigners residents. . . . The Act is a legal measure established with the particular aim of stabilizing the legal standing of special permanent residents, and it is therefore unacceptable to ostracize them from Japanese society on the basis of such measures.”

With Japan’s annexation of Korea in 1910, inhabitants of the Korean peninsula became Japanese citizens, and many came to Japan, under various circumstances. Koreans who remained in Japan after Korea’s independence were initially categorized as “foreigners” by the Japanese government. The fact that many had anchored their lives in Japan led to the introduction of the special permanent residency status. According to the government, it is not considered a “privilege.”

Morooka points out that the status does not actually provide permanent residency. Furthermore, she notes, “people who were originally Japanese citizens under colonial rule, and who should be guaranteed the same rights as Japanese nationals, suffer various restrictions on their rights. For example, some were sent to war to fight as Japanese citizens, but no compensation was provided for those who died. They have no right to vote in municipal elections, cannot join the public service, and are subject to discrimination in pension and welfare, making them second-class citizens.” She believes that, in some ways, this has fanned wider discrimination.

But how did this lead to the more violent phenomenon of hate speech? Yakura, who was involved in the crafting of the bill that eventually became the Hate Speech Elimination Act, noted that Japan’s weakening economy created a sense of hopelessness and unease. The middle class, who felt disregarded, became discontent. Some believe that Zainichi Koreans are given favorable treatment, and use them as a scapegoat. This has led to growing division in society. But as he notes, “Growing tensions between East Asian nations are no excuse to normalize hatred that negates the personhood of those around us.”

The Quest to Coexist

Fureaikan, a public facility in Sakuramoto, is the base for an initiative to encourage communication between Japanese and Zainichi Korean residents. When it was established in 1988 there was opposition from some neighbors, who feared that it would become a center for racial campaigns. Instead, it now welcomes children from diverse cultural backgrounds, facilitating natural interaction among children and their parents.

According to Yamada Takao, who volunteers at the center, “The creation of a space where Japanese and Zainichi Korean people can meet has helped to break down barriers between them. People in our neighborhood now accept one another’s backgrounds and differences. It has helped to build support to push back against racism, so that Zainichi Koreans are not left feeling isolated.” 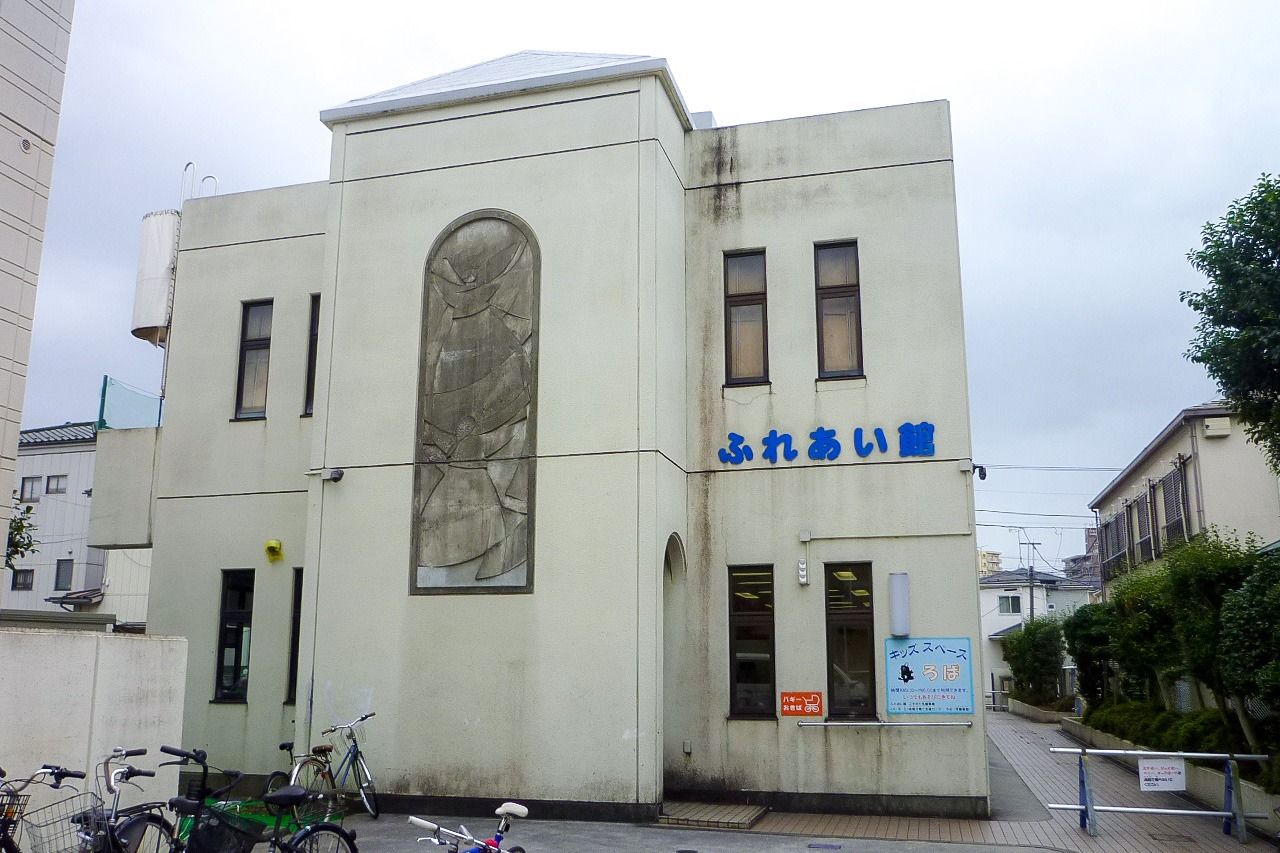