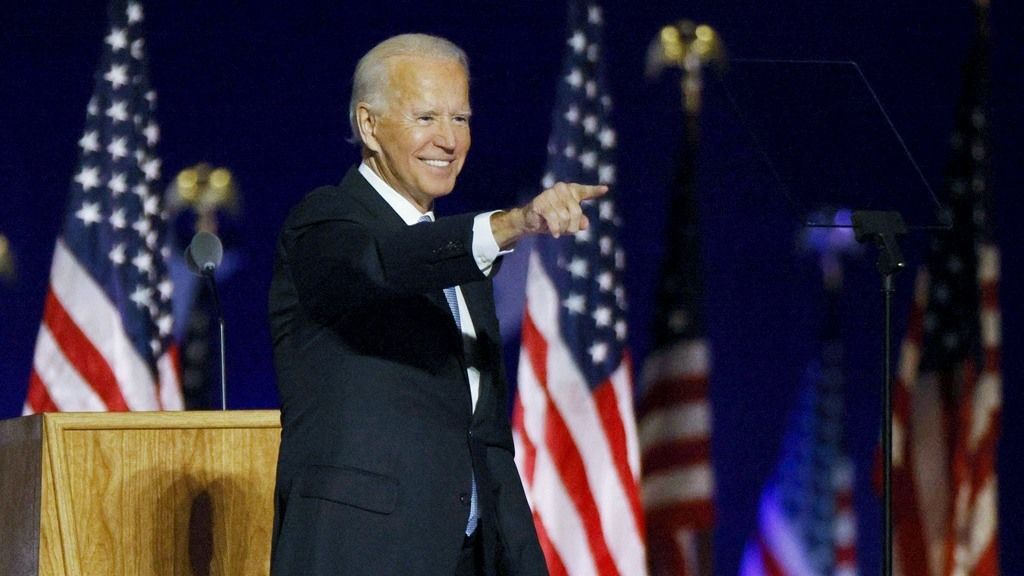 US Foreign Policy Following Biden’s Win: Japan’s Response and the Changes to Expect

Politics Nov 16, 2020
Joe Biden’s victory in the US presidential election portends significant changes in America’s foreign policy. Will he be able to clear away the distrust that four years of Donald Trump have triggered in Europe and elsewhere around the world? And how must Japan deal with the new leader of its most important partner?

No Return to the Way Things Were

Joseph Biden Jr., the Democratic Party’s candidate for the US presidency, has ousted his Republican opponent in the November 2020 election, ending Donald Trump’s administration after a single term. Signaling an end to Trump’s “America First” approach to foreign policy, Biden has indicated that he will clean up the aftermath of the past four years of Trump rule and bring the United States back to the table of international affairs. But it is far from certain that the country can achieve such a simple return to the way things were before Trump’s time in office.

The global community’s take on the United States has changed dramatically over the past four years. We have indeed seen distrust and concerns about American behavior on the rise. On the US domestic front, voters have shown increasing suspicions about free trade that sends jobs overseas and fatigue about the international commitments made by Washington over the years, and these have impacted the global political landscape in turn. President-elect Biden is not ignoring these developments; his own speeches have featured “buy American” and other comments similar to those provided by the last four years of Trumpism.

We can, of course, expect to see a Biden administration turn its back on the Trump era in various ways, such as by reaffirming the US commitment to the Paris Agreement on fighting climate change, maintaining US membership in the World Health Organization, and considering ways to reforge the Iran nuclear agreement. On the whole, though, there is little cause for broad optimism regarding the course America is likely to chart. Japanese interest is high in the potential for an American return to the Trans-Pacific Partnership economic agreement, for example, but given the strong progressive opposition to this within Biden’s Democratic Party, early moves on this front seem unlikely.

A Different Response to the Trump Phenomenon

All of this aside, though, the global response to Biden’s win has been one of relief so far, with European nations, Germany and France in the lead, warmly welcoming his victory. These countries have been home to their own populist and nationalist movements whose aims resonated with those of the Trump movement. The affinity between pro-Trump forces in the United States and these negative forces in their own countries prompted European and other global leaders to be deeply wary of Trump’s America. It will take considerable time for the United States to wash away the international distrust that the last four years have engendered.

In Japan, however, perhaps because of the country’s lack of a truly multicultural background, there was never any visceral recognition of the true danger in the Trump movement, with its outright rejection of the norms of society. Prime Minister Abe Shinzō’s skillful handling of the relationship with the US president also helped to absorb the impact of the “Trump shock” on Japan. As a result, the Japanese take on the outcome of the 2020 presidential election has differed from responses elsewhere in the world.

It is worth considering the differences between President Trump and his predecessor in the office, Barack Obama, and his successor, Joe Biden. While questions remain as to how effective the Obama administration was on the world stage, there is no doubt that it had a coherent, grand vision concerning global affairs. With President Obama’s messages on the need for nuclear disarmament, for example, he staked out the sort of positions that are more commonly advanced by the United Nations secretary-general on issues that can only be tackled by bringing the entire world together.

It is clear, though, that President-elect Biden is not of this same mold. Having served as chair of the Senate Committee on Foreign Relations and as vice president for eight years under Barack Obama, he doubtless sees himself as knowledgeable in the field of international affairs. But I believe him to be the sort of politician who will tackle the individual problems that crop up immediately before him; he will heed input from experts as he carries out reliable diplomacy with no unpredictable swings.

As concerns the new administration’s China policy, there has been a change in thinking within the Democratic Party in recent years. As things stand today, it is unlikely that people willing to go soft on China will find positions in the Biden administration, given the pool of figures now grappling with a raft of diplomatic and security issues in connection with the Asian power. This means that we can expect to see little change in the US policy toward China from here on out.

There are other so-called global issues, however, that bear closer watching in terms of the Biden government response. These include measures to mitigate climate change and fight the COVID-19 pandemic. These are key issues of interest within the Democratic Party, but they are also issues that will require Chinese participation to tackle properly. This means the United States will need to open more channels of communication with China, even if they do not go so far as “dialogue” that would signal a true thawing of ties. The Biden administration is likely to try to draw clear lines between areas where Chinese bids for hegemony or territorial designs go too far, which call for a tough American response, and other areas where cooperation is possible. But the lines will not always be so easy to discern.

When it comes to US policy on China, we need to differentiate between measures taken independently by the Trump administration and positions that have already become a systemic part of the US governmental stance, whether by previous administrations or by the Congress. For instance, we will probably not see Biden continuing to call the novel coronavirus “the Chinese virus,” as Trump has done repeatedly in his heated statements, or pursuing actions along the lines of Secretary of State Mike Pompeo’s comments on the need for “regime change” in Communist China. However, we should expect a continuation of US export restrictions to China and the struggle for supremacy in high-tech sectors.

Dealing with the President America Has, Not the One Japan Prefers

The Free and Open Indo-Pacific strategy, crafted by Japan to bolster ties with the United States, Australia, and India, represents an effort to describe, conceptualize, and formulate policy on the structural issues facing the region. So long as the regional situation remains basically unchanged, the Biden administration should maintain American participation in this framework. We may, of course, see changes in the FOIP name, along with minor adjustments to its content, but as can be seen from the Pentagon’s May 2018 decision to rename the US Pacific Command to the Indo-Pacific Command, the concept of the Indo-Pacific as a coherent region has already become a part of the US government’s systemic makeup.

As we move forward, Japan must no longer think of its relationship with the United States in terms of who the current president is, be it Donald Trump or Joe Biden. The task now is to clearly perceive the changes taking place in the United States, going beyond political party divisions there.

For instance, when President Trump took a hard line against China on the one hand while displaying indifference to other matters that he viewed as having little impact on American interests, this marked a clear departure from the internationalist outlook previously shown by the US leadership. But even on the Democratic side, both President-elect Biden and Senator Bernie Sanders have shown a willingness to rethink aspects of internationalism rather than accepting it wholesale. In Japan, we must get a solid grasp on these sea changes in American thinking or we could make grave missteps in handling the bilateral relationship. It is equally risky to view the current tough American stance on China as something that will remain unchanged into the future.

Starting around President Bill Clinton’s second term in office in the latter half of the 1990s, a view arose in Japan that saw Democratic Party administrations as more difficult to deal with. Even now, as Joe Biden’s administration takes shape, there is a possibility that the Japanese will take a more negative view of him as a partner due to uncertainties about his policy approach to China, which represents an extraordinarily important issue for Japan as well. Indeed, we are already seeing a number of evaluations along these lines appear in the Japanese media.

But administrations in Washington DC come and go, and Japan cannot forever cling to the idea that Republican-led governments are easier to deal with. Over the longer term, increasing numbers of younger and nonwhite US voters who support the Democrats will give that party still more sway, and we should see more liberal-leaning governments take power in the United States.

The most challenging aspect of the Japan-US relationship going forward will be the extent to which the two partners can share their takes on China as an international presence and as a threat. There are certain to be some differences between the Japanese and American recognitions of the issues at hand. Whether the White House is occupied by a Democrat or a Republican, the most important task for Japan’s leadership will be making appropriate adjustments to bridge those differences.

(Originally written in Japanese. Banner photo: Joseph Biden celebrates in Wilmington, Delaware, on November 7, 2020, after declaring victory in the US presidential election. © Reuters/Kyōdō.)