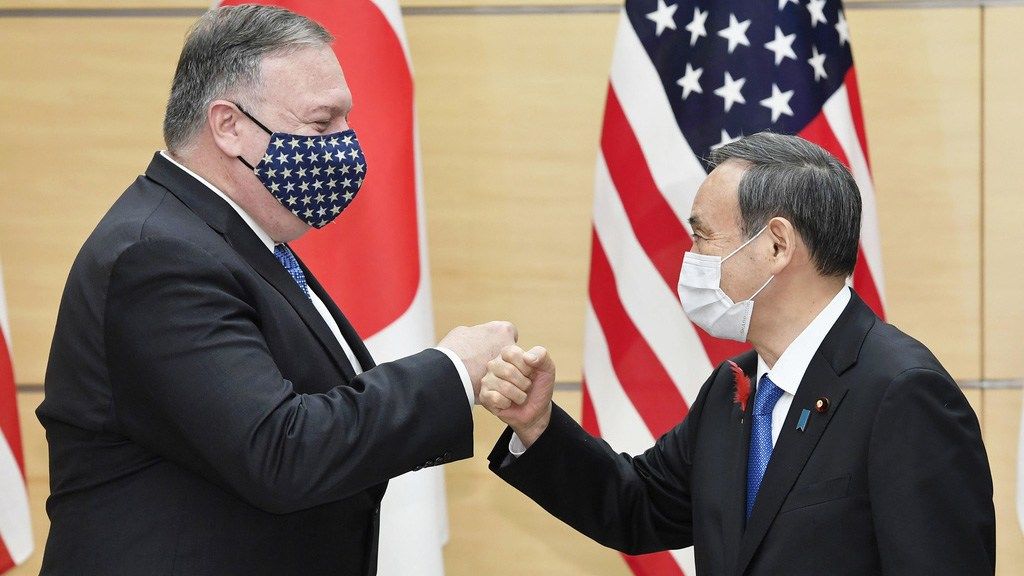 Japan and the Five Eyes: A Reality Check

Politics Dec 24, 2020
Is Japan a candidate for membership in the Five Eyes, an intelligence-sharing alliance comprising the five core Anglosphere states? Foreign policy expert Tsuruoka Michito believes that Tokyo should pursue closer cooperation, rather than membership, with regard to the Five Eyes. But even for cooperation as an external partner, Japan needs major upgrades in its intelligence posture.

The Five Eyes, an intelligence-sharing framework comprising Australia, Britain, Canada, New Zealand, and the United States, has become something of a household name in Japan of late. The surge in interest can be traced to remarks by certain Japanese officials and pundits promoting the idea of Japan’s participation in this exclusive club of core Anglosphere states.

The Five Eyes grew out of signals-intelligence cooperation between the United States and Britain during World War II. In recent years, the focus of the Five Eyes’ intelligence-gathering efforts has shifted to the Internet and other digital communications. At the same time, the five-nation group has expanded its activities and it increasingly acts as a forum for policy consultation and coordination on a range of high-tech and security matters, particularly regarding China. This shift in orientation helps explain the Five Eyes’ interest in cooperation with Japan, and it also points to the strategic implications of any such partnership beyond purely intelligence cooperation.

While Tokyo is understood to have strengthened intelligence cooperation with Five Eyes countries in recent years, the Japanese government has never officially declared its intent to seek Five Eyes membership, nor should it, given the very nature of the matter.

As a reality check, we need to ask ourselves a number of questions such as the following. Is membership the only or even the best way for Japan to achieve its intelligence aims? Even if desirable, is it feasible? Might it not be better simply to step up collaboration as an external partner? What changes might that entail?

What would Japan hope to gain by joining the Five Eyes? If we exclude such emotional status-conscious considerations as the appeal of membership in the world’s most exclusive intelligence-gathering club, the primary motivation would have to be better and faster access to valuable intelligence. Both the United States, with its National Security Agency (NSA), and Britain, with its Government Communication Headquarters (GCHQ), dwarf Japan in terms of overall intelligence-gathering capacity and total volume of intercepts. While China and North Korea are not their greatest strengths, some of the intelligence they have would doubtless be of use to Japan’s security.

When it comes to weighing costs and benefits, one of the inevitable problems is that no one outside of the Five Eyes really knows what intelligence the coalition possesses. This makes it difficult for Japan to envisage a clear picture of what “give and take,” the basis of any intelligence-sharing relationships, between Japan and the Five Eyes would entail.

When it comes to the collection of intelligence from China, the Korean Peninsula, and the Russian Far East, Japan is believed to possess certain niche capabilities that the Five Eyes lack. This is why the Five Eyes seem to be interested in strengthening cooperation with Japan. But intelligence on those areas is the most sensitive in nature and it should not be easy for Tokyo to share such intelligence with Five Eyes countries, given that even bilateral intelligence sharing with the US does not always seem to be straightforward.

Another aspect to be considered concerns the difference between being a formal member and an external partner in terms of access to intelligence. In an August 2020 interview in the Nikkei Shimbun, former Minister of Defense Kōno Tarō, one of the government’s most vocal proponents of closer cooperation with the Five Eyes, insisted that he was not advocating “membership” per se. “[Participation] just means that we have a seat at the table and are saying, ‘Count us in,'” he said.

One could argue that formal participation would differ from ad hoc cooperation in affording Japan automatic access to information, as opposed to just a case-by-case peek. But it is not at all clear to what extent such access would be granted. By some accounts, the Five Eyes is hierarchical in nature with the United States at the top and followed by Britain. It seems doubtful that Japan, as the newest addition, would enjoy unrestricted access at the highest level. Even if formally admitted, a much more likely scenario would be a de facto “Five Plus One” framework, with Japan as a formal member, but somewhat different from the long-standing members. In that case, the advantages of membership over ad hoc collaboration are less clearcut.

Assuming that Japan wishes to formally become a member of the Five Eyes network (and if the Five Eyes accept it – a big “if”), it will have to join the UKUSA Agreement as the founding treaty of the intelligence network whose very existence was kept secret until fairly recently. There is also a complex network of auxiliary agreements detailing the partners’ working relationships. For the Japanese government to accede to such agreements would most likely be impossible under current law.

The Five Eyes coalition is often said to be not an alliance, but what it means is that it is more than just an alliance in the normal sense of the term. The required level of trustworthiness – not just political alignment – seems much higher for the Five Eyes. The five current members have built this relationship over time, surmounting numerous difficulties and obstacles, and they have cemented it through the extensive exchange of personnel, who work together closely at the member states’ intelligence agencies, collecting, analyzing, and acting on information. Nor is it an accident that all five members are English-speaking countries. A common language is a key asset facilitating the sharing of raw intelligence and the products of its analysis.

In a recent webinar, former GCHQ Director David Omand emphasized the time and effort it has taken to build a relationship of trust among the Five Eyes and . cautioned, “You can’t just sign a piece of paper and . . . make five into six or into seven or into eight.” Admission of Japan into the Five Eyes would inevitably raise the question of further expansion like France and Germany, and significant expansion would alter the fundamental nature of the framework.

Given the above, it seems clear that loose talk about Japan’s formal participation in the Five Eyes is rather counterproductive. First, it could fuel alarm and suspicion among conservative forces within the Five Eyes, triggering a wave of opposition to closer collaboration as a potential stepping-stone to Japanese membership. Second, such proposals could raise unrealistic expectations in Japan and that those hopes, once dashed, would give way to disillusionment. Either outcome could hinder the development of constructive ties between Japan and the Five Eyes.

To be sure, some political figures within Five Eyes countries—Britain in particular—have encouraged Japan’s participation; British Member of Parliament Tom Tugendhat, the Conservative Chair of the Foreign Affairs Select Committee, is probably the most prominent example. But their comments do not necessarily represent the views of the intelligence community. They are products of the post-Brexit political climate of enthusiasm for efforts to strengthen ties with like-minded partners beyond Europe. The recent signing of the Japan-UK Comprehensive Economic Partnership Agreement and the announcement that Britain will seek membership in the Trans-Pacific Partnership can be situated in this context. Nonetheless, intelligence business should not be confused with these economic and diplomatic initiatives.

Even as an external partner, Japan will need to meet four major challenges if it wishes to collaborate more closely with the Five Eyes.

First, it will need to revamp its overall intelligence-gathering system. The Five Eyes network focuses on the collection and analysis of digital intelligence, and Japan currently has no single government agency—like the NSA or the GCHQ—dedicated to the interception of such communications. Although it is often claimed that Japan needs to have an intelligence organ comparable to America’s Central Intelligence Agency or Britain’s Secret Intelligence Service (also known as MI6), what is more pertinent for the purpose of strengthening cooperation with the Five Eyes is the digital intelligence capability. That said, the interception of digital communications raises sensitive issues of privacy and confidentiality that could prove a more daunting obstacle than any organizational challenges.

Second, Japan must do a better job of strengthening the counter-intelligence capability. While the government has made some progress in this regard, as by the passage of a state secrets law in 2013, much remains to be done. That includes the enactment of comprehensive anti-espionage legislation and the creation of a unified security clearance system. In fact, some elements in Japan have seized on the issue of membership in the Five Eyes as a lever to spur action on anti-espionage legislation.

The third challenge relates to intelligence assessment. In assessing intelligence, Japan’s approach is extremely cautious and conservative – just like the way public prosecutors evaluate evidence to secure a conviction in a court of law. This posture was evident in the Japanese government’s reaction to Syria’s use of chemical weapons and to the 2018 poisoning of former Russian intelligence officer Sergei Skripal and his daughter in Salisbury, England, to cite just two examples. Japan needs to recognize that the intelligence underpinning foreign and security policy decisions is by nature less definitive than the sort of proof required for criminal convictions. Of course, US and British intelligence agencies are not infallible, as demonstrated by their faulty assessment concerning Iraqi weapons of mass destruction on the eve of the Iraq War. Even so, compatible assessment criteria are a basic prerequisite to intelligence sharing. There would be less incentive for the Five Eyes to share intelligence with Tokyo if it is likely to come to a different assessment. Put simply, countries share intelligence with others expecting to arrive at the shared assessment.

Fourth, there is the question as to whether Japan is willing to take appropriate action on the basis of intelligence-sharing with the Five Eyes. When the British government accused Russia of attempted murder in the poisoning of Sergei and Yulia Skripal, the Five Eyes, followed by almost all the members of NATO and the EU, supported Britain’s assessment and joined with it in the expulsion of Russian diplomats. Tokyo did not follow suit. The Five Eyes also played a central role in initiating and coordinating sanctions against Hong Kong in response to the Chinese government’s violation of the territory’s local autonomy and crackdown on civil liberties. But Tokyo hung back. Japan cannot expect to gain the trust of the Five Eyes if it refuses to join with them in taking action, especially on human rights issues.

The four challenges outlined above are prerequisites to a closer partnership with the Five Eyes, but they are more than that. They represent fundamental challenges in Tokyo’s handling of intelligence and its basic approach to foreign policy and national security. Regardless of its intentions related to the Five Eyes, Japan will need to address those challenges before long.