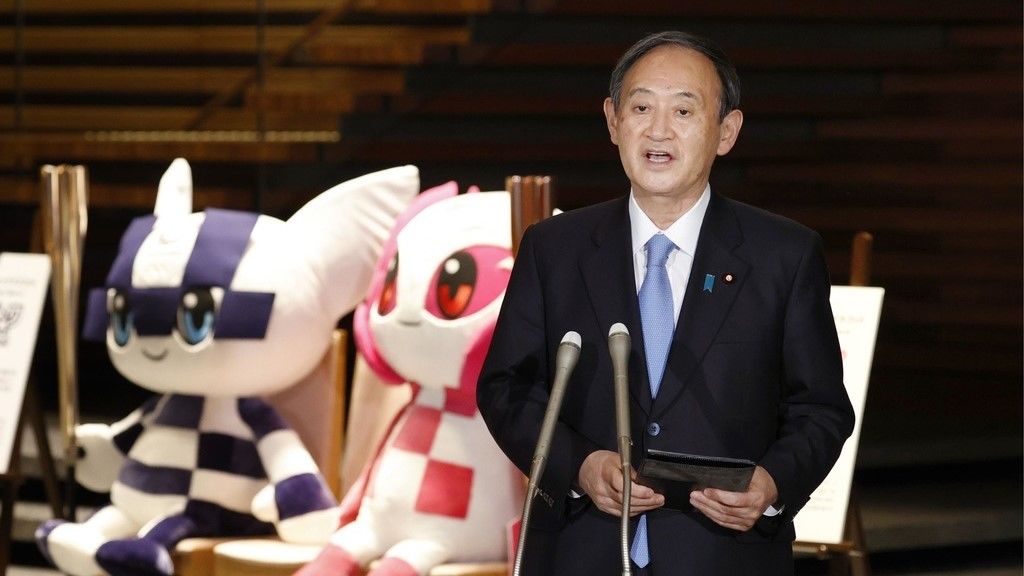 Politics World Dec 11, 2020
Suga Yoshihide succeeded Abe Shinzō as Japan’s prime minister on September 16 this year. Abe had served longer than any previous prime minister, and when he resigned, it was to pass the job smoothly to his right-hand man. Suga seemed to get off to a good start and has enjoyed high approval ratings so far. But his administration has revealed some weaknesses, and it remains to be seen how long he can hold on to power.

Prime Minister Suga Yoshihide has a seemingly tight hold on the reins of power, but his administration also has a weak side. The durability of the Suga administration will depend on its success on three fronts: bringing COVID-19 to heel, keeping the wheels of the economy turning, and reaching a decision on whether to go ahead with next year’s Tokyo Olympics and Paralympics.

At this point the administration is like a car with its parking brake on and a driver stepping on the accelerator and brake pedal at the same time. The current policy mix can neither control the pandemic nor keep the economy from slumping. On top of that comes the risk that Suga will be unable to reach a timely decision about the Olympics.

In terms of the factional dynamics within the ruling Liberal Democratic Party, the Suga administration enjoys a highly stable position, having inherited the solid political base of the long-lived Abe administration (2012–2020). But there are now signs of change in the close relationship between Abe and his successor. Suga took office declaring that he would continue with the policies Abe had pursued. But since taking power, he has purged the contingent of bureaucrats on loan from the Ministry of Economy, Trade, and Industry who had been reigning over the staff at the Kantei, Japan’s White House. This has displeased Abe, who prized his team members.

Abe stepped down for reasons of health, but since his resignation his physical condition has been improving thanks to new medication. Having failed to achieve two major goals while in office—to open the Tokyo Olympics and Paralympics and to amend the Constitution—the former prime minister must have mixed feelings as he views Suga in action from the sidelines.

Over the course of his years as a national legislator, Suga has repeatedly shifted his allegiance from one LDP faction to another (he currently belongs to none). In 2013, he hitched his star to Abe’s, urging the former prime minister (2006–7) to try for a comeback. Suga staked his own political future on this gamble at a time when virtually nobody was even thinking of such a possibility. He presumably did this with a view to advancing his own political career. Though I do not know if somewhere in the back of his mind he was looking ahead to his own premiership, my impression is that he was harboring such thoughts to some degree, and this makes me shudder.

Suga has now been in office for over two months, and his qualities as a prime minister have gradually come into focus. For one thing, he is extremely poor at delivering messages to the nation. And when answering questions in the National Diet, he looks down and reads woodenly from his prepared text. To make matters worse, his articulation is poor. Often his response is the rote phrase “I would like to refrain from addressing that matter.” This is a feeble performance from a prime minister.

During his record-breaking tenure as chief cabinet secretary under Abe, Suga was the spokesperson who delivered the government’s position on a broad range of issues, but perhaps he was merely voicing the words without grasping the content. Since taking the helm, he has shown a tendency to concentrate on matters of narrow scopes, as seen in his determination to get phone companies to slash their rates for mobile services and his drive to provide greater financial support for those undergoing fertility treatment. He has also eagerly advanced a set of “Go To” policies aimed at promoting travel, eating out, and local shopping. These measures, which he was instrumental in getting adopted by the Abe administration, are intended to give a boost to hotels, restaurants, and other businesses reeling from the effects of the pandemic. The new prime minister has refused to acknowledge that these same policies are accelerating the rise in the number of coronavirus cases.

What we want to hear from our top political leaders are words based on a broad overview of the situation telling us how they will protect the nation. There is all the more need for leaders to deliver this sort of message at a time like the present, when many citizens are feeling rattled at the spread of the coronavirus.

The current administration revealed its true nature when it rejected six of the candidates for membership in the Science Council of Japan because they had spoken up in opposition to the government in the past. A former police official serving as deputy chief cabinet secretary removed their names from the roster of those to be appointed and showed the pared list to Suga, who approved it. It was painful to watch the prime minister subsequently try to explain away this unprecedented decision to reject some of the candidates named by the SCJ by claiming that it was based on an “overall view” and was aimed at correcting imbalance among universities in their representation on the council. Instead of simply reversing the decision, he responded in a way that magnified the issue.

The fate of the Suga administration will rest on its ability to restrain the spread of the coronavirus. As winter weather takes hold, the rate of the spread may approach the levels seen in Western countries. Will it actually be possible to hold the Olympics in Tokyo next summer under these circumstances? And if they are held, will the participating athletes, national delegation members, and spectators from abroad be able to come? Back when Japan was on its last legs in World War II, it took the atomic bombing of Hiroshima and Nagasaki and the entry of the Soviet Union into the hostilities to force the Japanese government to acknowledge defeat. I fear that we may see a similar reluctance to accept the inevitable this time.

The Dire Consequences of a Break with Kōmeitō

If and when the Tokyo Olympics are canceled, it is likely that Suga will dissolve the House of Representatives and call a general election. In any case a lower house election must be held no later than next fall, when the members of the chamber reach the end of their current four-year terms. In recent elections, LDP candidates in single-member constituencies have been relying on support from Kōmeitō, the junior party in the ruling coalition. But even as the pandemic rages and the economy staggers, the prospects for electoral cooperation with Kōmeitō next time are becoming clouded.

In the next lower house election Kōmeitō has decided to field its deputy leader, Saitō Tetsuo, as its candidate in the third electoral district of Hiroshima Prefecture. The district is currently represented by former Justice Minister Kawai Katsuyuki, who is accused of vote buying and has resigned from the LDP. The LDP, meanwhile, is not planning to back Kōmeitō’s Saitō but will look for a new candidate of its own. Failure of the two parties to unite behind a single candidate in this race may have repercussions elsewhere around the country.

The incident involving Kawai and his wife, who was elected to the upper house last year, shocked Sōka Gakkai, the Buddhist organization whose members form Kōmeitō’s support base, and this led to the decision by Kōmeitō to field its own candidate in Kawai’s district. Though the LDP has not yet picked a candidate, there appears to be no room for the two parties to talk out their differences and unite behind a single person this time.

In the balloting for the 265 proportional-representation seats of the lower house, Kōmeitō regularly garners 7 million to 8 million votes nationwide. But it only fields a few candidates in the 300 single-member electoral districts. For the most part it endorses the LDP’s local candidates, many of whom depend on its backing to win.

If we assume that Kōmeitō is delivering 8 million votes nationwide, it accounts for some 26,000 votes on average per single-member district. Were the party’s supporters to shift their support to opposition candidates, LDP candidates’ margins over their rivals could fall by something on the order of 50,000 votes. And if we take the numbers of votes won by LDP legislators from single-member districts and subtract 50,000, we find that only about a third of them still come out ahead. In other words, without Kōmeitō backing, the LDP would fall from power.

When will the prime minister call a general election? There are rumors that he will do so immediately after the convocation of the Diet in January, with the voting to take place on February 7. But this will be difficult to pull off if the pandemic continues to rage. Meanwhile, if the government keeps trying to boost the economy and fight the virus at the same time, there is a danger that it will fail on both fronts.

To sum up, the Suga administration looks solid in terms of the traditional factional dynamics of the LDP, but it may not be able to resist the power of the pandemic. In other words, it may actually be no sturdier than a piece of glassware.

(Originally published in Japanese on December 1, 2020. Banner photo: Prime Minister Suga Yoshihide takes questions from reporters after a meeting of the government’s Novel Coronavirus Response Headquarters at the Kantei on November 21, 2020. © Kyōdō.)