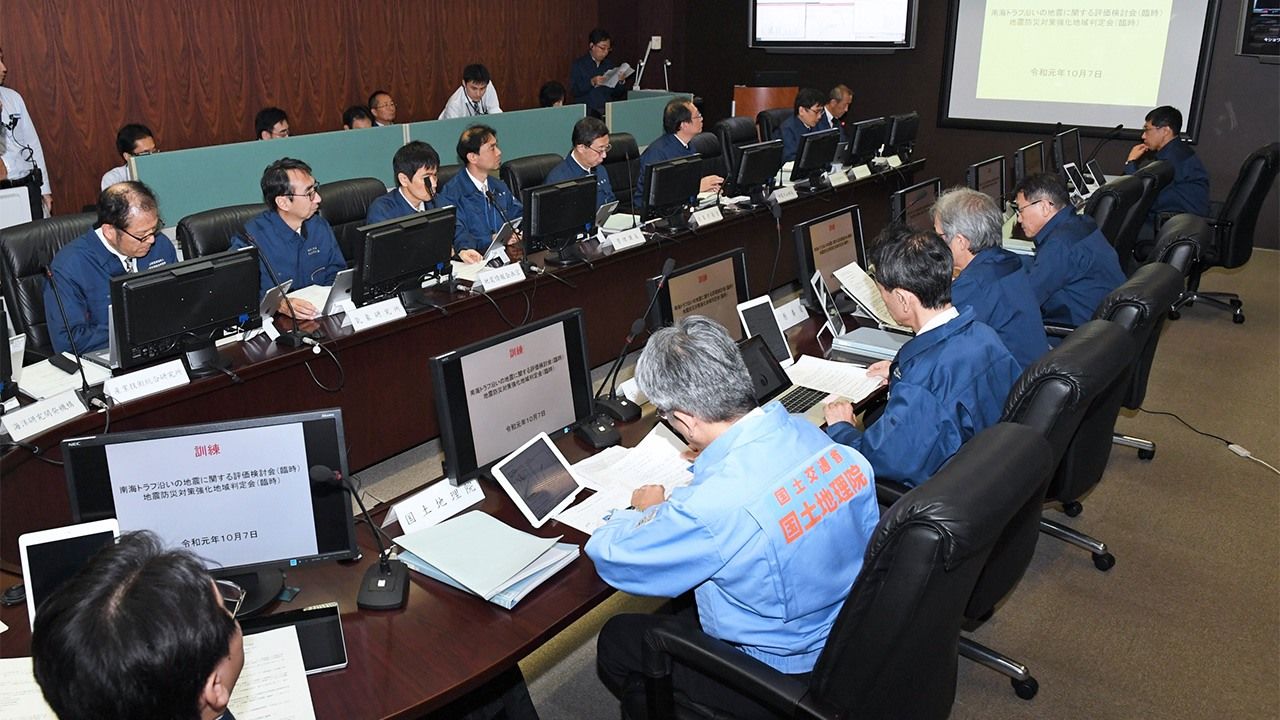 Disaster Society Feb 16, 2021
The tenth anniversary of the Great East Japan Earthquake is approaching, and it has been 25 years since the Great Hanshin-Awaji Earthquake. Even now, amid the COVID-19 pandemic, Japan is under threat from natural disasters, with experts saying there is a greater than 70% chance of a massive Nankai Trough earthquake in the next 30 years. Disaster management specialist Yasutomi Makoto spoke with Kawata Yoshiaki, director of the Disaster Reduction and Human Renovation Institution in Kobe, about his idea to establish a Ministry of National Disaster Management to deal with crises. 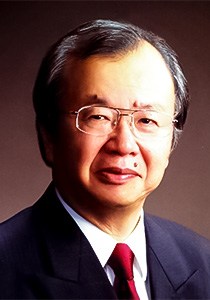 YASUTOMI MAKOTO  What do you think of Japan’s crisis management performance?

KAWATA YOSHIAKI  Right now, the COVID-19 pandemic is spreading quickly, and we must get it under control. We must not lose the fight with the coronavirus. However, without active vaccine development, the insistence on avoiding the “Three Cs” and semi-lockdowns is practically medieval. I couldn’t believe my ears when the government’s expert subcommittee said that we’re at a turning point in holding the rate of infection down. Shouldn’t we be trying to stop it entirely? In other words, there is no crisis management visible at all. No one in the government has ever actually managed a crisis, so they don’t know what they should be doing.

YASUTOMI  Do you see this as a complete failure of crisis management for the pandemic?

KAWATA  Since there’s no way we can keep infections at zero at this point, we have to look at the infection and mortality rates in other developed countries in Europe and North America and ask ourselves to if we have been comparatively successful, or what we have to do achieve success there. There is no evident grasp of that at the governmental level. There is no goal-based management. Coming up with a plan once infections reach a certain point is already too late. In this situation, crisis management means the medical system has to make specific goals to keep infections below a given point. We haven’t yet been able to do that. I find it immensely unfortunate. Proper crisis management requires courage to try new ideas because you’re dealing with unprecedented events—in other words, it’s innovate or fail. 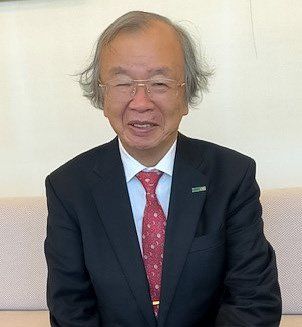 YASUTOMI  Why do you think Japan is unable to handle crisis management?

KAWATA  In a sense, Japan has been a very lucky country. We lost 3.1 million people in World War II, but as for domestic wars, the Meiji Restoration conflicts resulted in only 30,000 deaths and the 1637–38 Shimabara Rebellion, the deadliest battle of the Edo period [1603–1868], only had 38,000. Compare that to the French Revolution, in which more than a million people died, or the American Civil War, which some experts put at over 900,000 dead. The differences are huge. Japan has never truly faced a national crisis.

YASUTOMI  Are there any organizations we can use as role models?

KAWATA  I would say the Centers for Disease Control and Prevention in the United States, which is spearheading the US COVID-19 response. I’ve visited the CDC headquarters in Atlanta, Georgia. It has 13,000 employees and an annual budget equivalent to some 1.3 trillion yen. The United States’ current pandemic state isn’t the result of CDC failures, but rather that President Donald Trump and his administration didn’t listen to expert advice.

The CDC is both a public and private institution, and the United States depends on more than just the CDC for crisis management. For example, the National Oceanic and Atmospheric Administration analyses public social media accounts when hurricanes are approaching to help with hurricane tracking. They can statistically analyze social media posts to understand what is worrying the public, meaning they use social networks to investigate current environmental issues and prepare for them.

The main goal should always be to reduce damage, not to debate reasons for what happened afterward.

YASUTOMI  And is this why you advocate a Ministry of Disaster Management?

KAWATA  What I’m imagining to oversee crisis management in Japan is something like the United States’ Federal Emergency Management Agency. FEMA has determined fifteen types of disasters of particular danger to the country. They also have fifteen Emergency Support Functions to provide inter-agency coordination in their response, and Public Health and Medical Services is one of those. The Department of Health and Human Services takes the lead under FEMA, and coordinates with the CDC and the Institute of Allergy and Infectious Diseases. FEMA also can allocate enough funding to let them operate as they see fit. Here in Japan, though, the Ministry of Finance controls all of the budget and there are strict rules preventing the free use of funding.

It’s like having an extra system getting in the way, and it prevents adequate crisis management. In the United States, if the president declares a state of emergency, FEMA can immediately start distributing funds. The money dispensed will be covered by federal accounts. In principle, the federal government covers three quarters of the funds, but there’s a system in place to allow full coverage. Being able to move money quickly is vital. But even if we can get a Ministry of Disaster Management established, I don’t imagine it will be infallible. FEMA’s own history is a series of failures, but those failures have led the agency to where it is today. That’s why we should start by adopting FEMA as a model, but work to improve on that model little by little. It would be a mistake to start from scratch making something purely Japanese.

YASUTOMI  What can be learned from past disasters?

KAWATA  March 11, 2021, will mark the tenth anniversary of the Great East Japan Earthquake. If we look, for example, at reconstruction efforts in Rikuzentakata, Iwate Prefecture, we proposed artificially elevating the city to resist an 18-meter tsunami, and restoring the residential areas to what they were before the disaster on that elevated area. The newly created space beneath the elevation could be used to store water for emergencies. However, the current project is using soil instead of concrete, which has made it take far longer than we had envisioned. The problem now is that the town’s evacuees are not returning. Only about a third of the residents have come back. Work would have been finished right away if concrete had been used, but the current solution simply wasn’t innovative. It’s very unfortunate, and far too conservative.

In a certain sense, disasters offer a chance to start over. Before the Great Hanshin-Awaji Earthquake of 1995, it was very difficult to rezone Kobe’s Nagata district, but the earthquake solved that problem all at once. Setting aside the good or bad of the results, those places that had prepared in advance managed to do well.

YASUTOMI  How do we pass on the lessons of the Great East Japan Earthquake?

KAWATA  The Hyogo Earthquake Memorial Twenty-First Century Research Institute is currently conducting the Great East Japan Earthquake Life Recovery Project on behalf of the Reconstruction Agency. The Agency started the project to create research that could be useful when the next disaster hits. There have been 672 reconstruction projects initiated after the Great East Japan Earthquake, and these are intended to be of use in case of an earthquake at the Nankai Trough or beneath the capital. For example. the Kengun shopping street in the city of Kumamoto was rebuilt after the 2016 Kumamoto Earthquake using group subsidies. The district was devastated, but was restored using lessons from East Japan.

In order to take advantage of the best practices learned after the 3/11 disaster, we are now preparing discussions on the topics of living, health, work, city planning, and children and youth to present to local governments from March 2021.

YASUTOMI  Would a Ministry of Disaster Management be able to communicate and carry forward those lessons?

KAWATA  Yes, if we established a MDM, they could be preserved for the future. The Cabinet Office currently has no such archive. The lessons of the Great Hanshin-Awaji Earthquake were passed on for use after the Great East Japan Earthquake, and in a sense East Japan has taken on the best of those lessons. In one example, after the Niigata Chūetsu Earthquake in October 2004, I came up with the idea of “designated temporary housing” in consultation with then Niigata Governor Izumida Hirohiko. The earthquake happened as winter approached, and it was clear temporary housing construction would not be done in time. We decided to designate temporary housing using empty houses and condominiums in the city of Niigata, which had escaped with minor damage. 470 people used the housing then, but in Tōhoku’s case around 86,000 people were able to find shelter. Being able to secure large amounts of housing in advance was incredibly useful. It was an example of successful mass evacuation.

Failure to Pass On Experience Is Wasteful

YASUTOMI  How can we best survive a national crisis?

KAWATA  In the last 20 years, we have had more than two dozen different ministers of state for disaster management. The job is immensely busy, and requires a large support staff. But there’s no need to suddenly set up a large Ministry of Disaster Management and anger the Ministry of Finance. We can start with a small organization, and slowly expand it. It can even start as a Disaster Management Agency, rather than a full-blown ministry. One of my first ideas is to reorganize the current Reconstruction Agency into a ministry that can also handle new disasters rather than just work on postdisaster reconstruction.

And what can the Ministry of Disaster Management do? It should be able to take the initiative and move money. One reason that Japan isn’t more conscious of crisis management is the inherent conservative thinking of government agencies, who tend to protect their existing organizations above all else. Now, even as awareness of the potential of national crisis from a Nankai Trough earthquake grows, focus on damage reduction is still low. Basically, no agency will ever do anything until something actually happens. In Japan, it’s clear that people want to avoid thinking about risk, and are reluctant to use funding on anything that won’t have direct, immediate benefit. There is no thought to how we should prepare for future risks. There is no vision guiding our nation in what stance to take.

We have to have more concrete goals. We’ve got to envision how to manage risk as we consider a constantly changing society. The challenges we will face are not the same as those of the past, and we have to deal with that. A new Ministry of Disaster Management should be based on that vision. It would be a waste not to use in the next major disaster what we have learned from our experiences in the Great Hanshin-Awaji Earthquake, the Great East Japan Earthquake, and the Kumamoto Earthquake, as well as Japan’s numerous flood disasters.

(Originally published in Japanese. Banner photo: Extraordinary Evaluation Meeting held during training for a possible major earthquake in the seas off Shikoku, held October 7, 2019, at the Japan Meteorological Agency in Tokyo. © Jiji.)