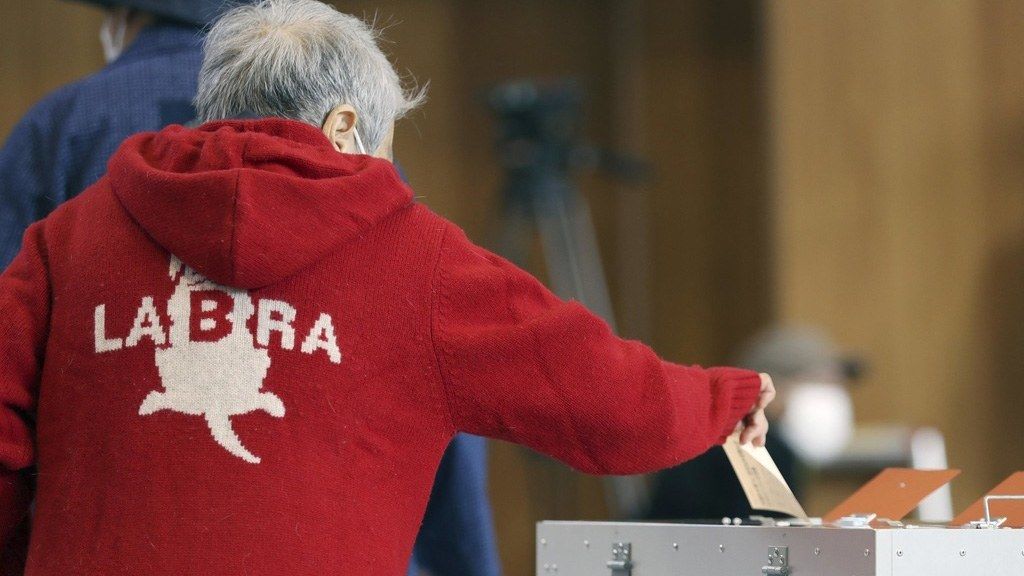 Society Mar 15, 2021
In November 2020, the second referendum attempting to do away with the city of Osaka and turn the prefecture into a metropolis went down to narrow defeat. The failure of this signature plan dealt a blow to the local party proposing it, but has illuminated tensions affecting major cities and local government across Japan.

“Unhappy Ties” Between Prefecture and City

The Osaka metropolis plan was a proposal to abolish the city of Osaka and to realign and merge the districts within it into special wards, similar to the 23 subdivisions of central Tokyo. Between the new metropolitan government and the wards, jurisdiction was to be clearly divided, the former taking full charge of regionwide issues such as urban planning and economic growth strategy, and the latter managing local public services ranging from welfare to household garbage collection. The aim was to streamline the governance of Osaka by eliminating redundancies between the prefecture and the city.

The prefectural and city governments of Osaka had long been criticized for lacking coordination. Each pursued their own agendas for economic growth, industry development, and transport system planning, resulting in inefficiencies often ridiculed as a fushiawase (unhappy) situation—punning on fu (prefecture), shi (city), and awase (joined together). Both prefecture and city had their own public universities, hospitals, libraries, credit guarantee associations, research institutes, and business support organizations. In the early 1990s, both governments threw resources into the construction of a pair of skyscrapers towering over 250 meters, both of which went bankrupt in the wake of the bubble economy’s collapse.

Things began to change with Hashimoto Tōru elected governor of Osaka Prefecture in 2008. Initially on good terms with the city’s mayor, Hiramatsu Kunio, Hashimoto proposed the merger of prefectural and municipal water management systems, pointing out the wastefulness of running purification plants in close vicinity. The mayor first agreed to the merger, but negotiations stumbled over management policy and triggered a spiteful conflict between the two sides. Hashimoto’s next proposal was to abolish the city of Osaka altogether in his Osaka metropolis plan. A new political party, Osaka Ishin no Kai (Osaka Restoration Association), was launched to pave the way.

In a “double election” for both governor and mayor in 2011, Hashimoto resigned as governor to run against Hiramatsu as mayor, ousting him. The governor’s post was filled by Matsui Ichirō, an Osaka prefectural assembly member from Hashimoto’s party. Osaka Ishin no Kai, now controlling both heads of local government, actively lobbied national parties, successfully passing a bill in 2012 that laid out the procedures for establishing special districts in selected metropolitan areas.

With chief executive posts held by members of the same party, the strained relations between the prefectural and municipal governments eased. Both local governments agreed to merge their research institutes, business support organizations, and port authorities. The University of Osaka, established through the merger of Osaka Prefecture University and Osaka City University, will be opening in April 2022. As a result of these efforts to eliminate administrative overlap, Osaka can be said to have become closer in reality to what Hashimoto had envisioned. Yet Osaka Ishin no Kai claimed that the “virtual metropolis” based on personal ties between governor and mayor was too frail to last for long. By implementing the Osaka metropolis plan and institutionally realigning the jurisdictions, they argued, Osaka citizens would never have to suffer from fushiawase again.

The metropolis plans presented to the public in 2015 and 2020 had the same basic framework, with some alterations made prior to the second referendum. The most significant change was the boundaries of the special wards. In the 2015 plan, the largest of the five wards was twice as populous as the smallest; the 2020 plan proposed four wards (Yodogawa, Kita, Chūō, and Tennōji) with similar populations. To lower initial costs, the 2020 plan no longer included construction of new government office buildings, instead making use of existing buildings. To reduce residents’ worries over decline in the quality of public services including education and welfare, the 2020 plan added a new regulation obliging the prefectural government to distribute additional budgets to the special wards for the next 10 years.

Special wards are unique to Tokyo as of today. But the Tokyo metropolitan government has also gone through stages of change. From the Meiji era (1868–1912) to the beginning of Shōwa (1926–89) it was divided into a prefecture, Tokyo-fu, and a city, Tokyo-shi. Tokyo city, the seat of the local government, was subdivided into 15 districts, which became prototypes for today’s 23 wards. The division was abolished in 1943 at the height of World War II and replaced by Tokyo-to, the metropolis, by the Imperial government in a move to tighten control over the capital. The city became the central district under the Tokyo metropolitan government. After the war, the Local Autonomy Act enacted in 1947 mandated “the subdivisions of the metropolis to be called special wards,” creating the framework we see today.

In the years following the enactment of the Local Autonomy Act, special wards were treated as municipalities equal in status to ordinary cities. The law was amended in 1952 however, redefining the wards as “internal divisions of the metropolis” and abolishing the seats of publicly elected mayors. The mayoral elections were later reinstated in 1975, and the special wards regained their legal status as “municipalities” (in English they call themselves “cities” today) only in 2000. Today the population of Tokyo’s 23 central cities are comparable to that of Japan’s largest cities: Setagaya is the most populous, with 920,000 residents, while Ōta and Nerima each have 730,000 residents. Yet their jurisdictions remain no more than that of an ordinary city.

These 23 municipalities won their discretionary powers in stages over an extended period. In contrast, the Osaka metropolis plan proposed to immediately grant more power to its special wards than what their Tokyo counterparts, or even ordinary cities, currently have. Among these were authorizing childcare facilities (kodomo-en, or centers for early childhood education and care) and disability benefits (issuance of shōgaisha-techō, or handbooks for the disabled), as well as issuance of passports, which is currently managed by prefectures. The idea was to put the wards closest to their residents in serving them.

Designated cities, established in 1956 through an amendment of the Local Autonomy Act, have more authority than ordinary cities. They have administrative subdivisions, such as Naka Ward, Yokohama, and Aoba Ward, Sendai, to which they delegate a portion of their administrative work. Unlike special wards, though, these subdivisions do not have assemblies of their own, and are headed by managers from the city administration.

When the Local Autonomy Act was enacted in 1947, large cities designated as “special cities” were expected to become fully independent from prefectures and to take on all local government responsibilities. This caused a furor among prefectural governments, however, and the scheme was quickly dissolved in 1956. In its place, designated cities were established subsequently. Beginning with the five cities of Yokohama, Nagoya, Kyoto, Osaka and Kobe, there are now 20 cities listed as designated cities. Holding what is estimated to be some 80% of the authority of prefectural governments, but legally positioned under them, their status is often described as a product of compromise.

In 2010, mayors of designated cities collectively advocated that their status and powers be upgraded, to those of “special autonomous cities.” They proposed that, apart from foreign affairs and national security, which need to remain under the jurisdiction of national government, most administrative work can and should be handled locally. Under their proposed scheme, “special autonomous cities” will collect more local tax to do more work and will not be obliged to share tax revenues from their residents with the prefectures, as current designated cities must. To realize the proposal, however, parliamentary legislation is necessary, and support for this in national politics remains limited.

Weighing the Benefits of Change

Governor Yoshimura Hirofumi commented on the defeat of his party’s plan the day after the referendum. “We were not able to explain enough the benefits that would exceed the loss of the city of Osaka,” he analyzed. “The people highly evaluate our strategy for unifying the prefecture and city. Many voters must have thought, ‘Just carry on with what you are doing now.’”

As a fact, nearly half of the valid ballots were in support of the plan. Governor Yoshimura was praised for his handling of the COVID-19 pandemic, Osaka Ishin no Kai remained solidly popular, and a sizeable number of citizens were indeed seeking change. The metropolis plan would have transferred 430 of the 2,900 competencies administered by the city to the prefecture, plus a few from the prefecture to the city. Special wards would have taken on approximately 2,400 competencies. Transferring this many jobs was a colossal amount of work, and the financial costs remained unclear as supporters and opponents presented different estimates. On top of this, the pandemic brought about an unpredictable future for all. Against this backdrop, the momentum for change was not strong enough to overturn the status quo.

Being Inventive Within the Current System

The Osaka metropolis plan was a radical scheme that proposed to rearrange the local government system inherited from the postwar era and allowed citizens to accept or reject it in a referendum. Some point out that the plan went against the nationwide campaign for decentralization. The mainstream trend for Japanese local administration today is to devolve power from nation and prefectures to municipalities. While other designated cities were aiming to become “special autonomous cities” with more legislative power, one could argue that Osaka’s plan to abolish a designated city with wide powers was headed in the opposite direction.

Apart from Osaka, no other city in Japan has tried to establish special wards. Around 2015, when Hashimoto led the first referendum, several prefectures such as Aichi and Niigata came up with their own metropolis plans, but discussions have since petered out.

Administrative overlap is a common problem in many regions, with occasional cases of governors and mayors colliding over the issue. But apart from in Osaka, such collisions have not evolved into a discussion to abolish the city altogether. The national government amended the Local Autonomy Act in 2014 to set up forums to facilitate negotiation and coordination between prefectures and designated cities. Many are tackling the issue by being inventive within the current system.

The Osaka metropolis plan was not originally proposed by the Osaka residents; it was brought up by Hashimoto after his attempt to merge the water management systems failed. Critics point out that the metropolitan plan was merely an extension of the longstanding rivalry between the prefectural office and city hall.

Discussions on local governance in Japan today are dominated by urgent issues such as rapid depopulation, aging, and deterioration of public services due to decline in tax revenue. Outside of Osaka, the metropolis remains a low-key topic, “perhaps because it does not provide a clear vision of better lives for ordinary citizens,” suggests a government official.

On the other hand, the COVID-19 pandemic has exposed frictions between national, prefectural and designated city governments concerning authority in the state of emergency. With the Osaka metropolis plan out the door, discussions on metropolitan governance may have been toned down several notches. But these discussions should not be stopped, especially for the purpose of designing local governance more resilient to future crises.