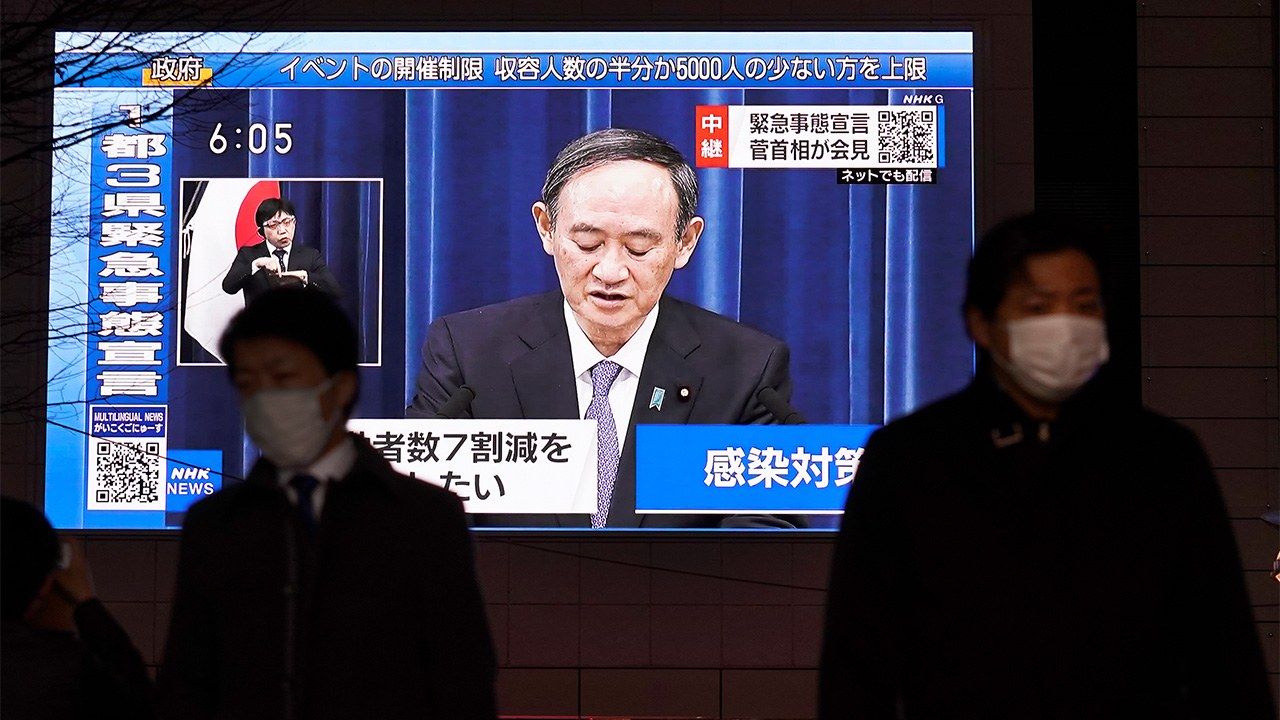 Analysis: Is Suga a Poor Communicator?

Politics Feb 26, 2021
The COVID-19 pandemic has revealed Prime Minister Suga Yoshihide’s major weakness—his lack of communication skills. In announcing the new state of emergency, his language, expression, and content of his appeal would have a large impact on public perception. But Suga’s monotonous delivery of his scripted speech at the press conference lacked any power to capture the hearts of the people. What does a leader need to be an effective communicator?

A Stark Contrast with Angela Merkel

The COVID-19 pandemic has rocked the world, while also exposing the capabilities of world leaders. In Japan, many have deplored Prime Minister Suga Yoshihide’s obvious lack of talent in appealing for public support. Suga’s typical “style” is to simply reel off a script prepared for him by the bureaucracy​. The issue is not merely his words: He also seems to vacillate politically, influenced by figures like Secretary General Nikai Toshihiro and Minister in charge of Economic Revitalization Nishimura Yasutoshi. Even members of his own Liberal Democratic Party have mocked the weakness of his administration.

Recently, there was uproar over the disappearance of Jack Ma, founder of Chinese e-commerce giant Alibaba, after his public criticisms of Xi Jinping’s government. Owing to the resemblance between Suga and Ma, absurd rumors emerged suggesting that Ma had secretly escaped to Japan and was living at the Kantei, the prime minister’s official residence. It was clear to all concerned that this was not the case. In fact, for the past month, the prime minister has been incapable of taking any decisive action. If Ma had really replaced Suga, many pointed out, more would have been achieved.

In press conferences, Suga barely lifts his eyes from the script, and his articulation is poor, often making it hard to catch his words. When he listed prefectures added to the emergency declaration, he misread Fukuoka as Shizuoka without batting an eyelid. It would be reasonable for people to ask why Suga is incapable of the emotion displayed by Chancellor Angela Merkel in her tearful plea to the German people on December 9 last year, when she marked the country’s highest-ever daily death toll with a speech in the Bundestag urging them to stay at home rather than risking making it a “last Christmas with the grandparents.”

But in Japan, this is asking too much. Most Japanese, not only politicians, lack effective communication skills, except for those with overseas experience. Either they have never needed those skills, or they have tried to express themselves in public, only to be accused of “being all talk” or of failing to match those words with actions. Consequently, Japan’s leaders have not received such education or training—and effective communication is not taught in school.

The Limits of Suga’s Style

Japan has three broad types of politician. Some are graduates of elite universities like the University of Tokyo who climbed high in the civil service before entering politics. They possess certain fundamental talents, but do not change greatly when they become politicians. They leave us wondering if they would have achieved much if they had remained in the civil service. As politicians, they are not great communicators, but neither do they tend to attract criticism.

The second category studied abroad with the aim of entering politics. They are presentable enough on television, and have reasonable communication skills. One example is Tokyo Governor Koike Yuriko. Typically, these politicians sound intelligent when they speak, but closer investigation reveals the vacuity of their words.

The last group are self-made politicians, like Suga and Nikai. They graduated from regional to national politics, but never held a post in a notable corporation. Consequently, there is no private-sector yardstick by which to measure their competence. An example is Kanemaru Shin, the Liberal Democratic Party kingmaker who served as the party’s deputy president as well as director-general of the Japan Defense Agency, who seemed like an unmeasurable quantity for much of his career, preventing most from speaking out against him.

Suga’s only skill to speak of is his taciturnity. But his silence on issues comes across as almost sinister, given the amount of information available to him through the bureaucracy and private information networks. Those who have met him get a sense that he is aware of everything, but is testing the waters. From his nearly 8 years as chief cabinet secretary under former Prime Minister Abe Shinzō, Suga is believed to thoroughly understand the cabinet’s information mechanisms, and to be clued in on members’ private matters.

His tight-lipped nature and inside knowledge helped him ascend to the prime minister’s role. As chief cabinet secretary, he was condescending in press conferences, rather than appealing to the public sentiment. As prime minister, he is suddenly expected to be a great communicator, but this was never in the cards.

The Role of the Speechwriter

One profession that is common abroad and conspicuously absent in Japan is that of speechwriter. Former US President Donald Trump was known for his erratic tweets, and it is unclear if he enlisted the services of a speechwriter. But prior to the Trump administration, the White House employed around 10, for respectable salaries.

In Japan, prime ministerial speeches are chiefly written by bureaucrats whose main role is composing statements for use in Diet proceedings. They are not expected to prepare addresses that can stir the nation; nor can they expound vision. Instead, in the prime minister’s policy speech at the first ordinary session of the Diet each year and the general policy speech he delivers before extraordinary Diet sessions, every effort is made to convey a sense of gravity and to display sagacity by quoting famous writers.

In the United States, while everybody knows the presidential inaugural speech is the work of a speechwriter, it still manages to move hearts. Thus, while many Japanese know the words of John F. Kennedy, very few would remember words spoken by any Japanese prime minister. It seems that Japan does not grasp the importance of the relationship between politics and words.

The work that most accurately depicts how a politician ought to live is, in my opinion, Nanshūō ikun (Teachings of the Old Man from the South), by the Meiji-era leader Saigō Takamori. When attending gatherings of politicians, I have handed out copies of Saigō’s speech, but because the language is archaic, I attach a modern translation to aid their comprehension. Nevertheless, I doubt many of them read it. It is therefore pointless to only criticize Suga.

In his 1859 treatise Self-Help, Samuel Smiles wrote, “The Government of a nation itself is usually found to be but the reflex of the individuals composing it.” The core problem is the education of not the politicians, but the Japanese populace as a whole, and a lack of resolution to take necessary action as a nation.