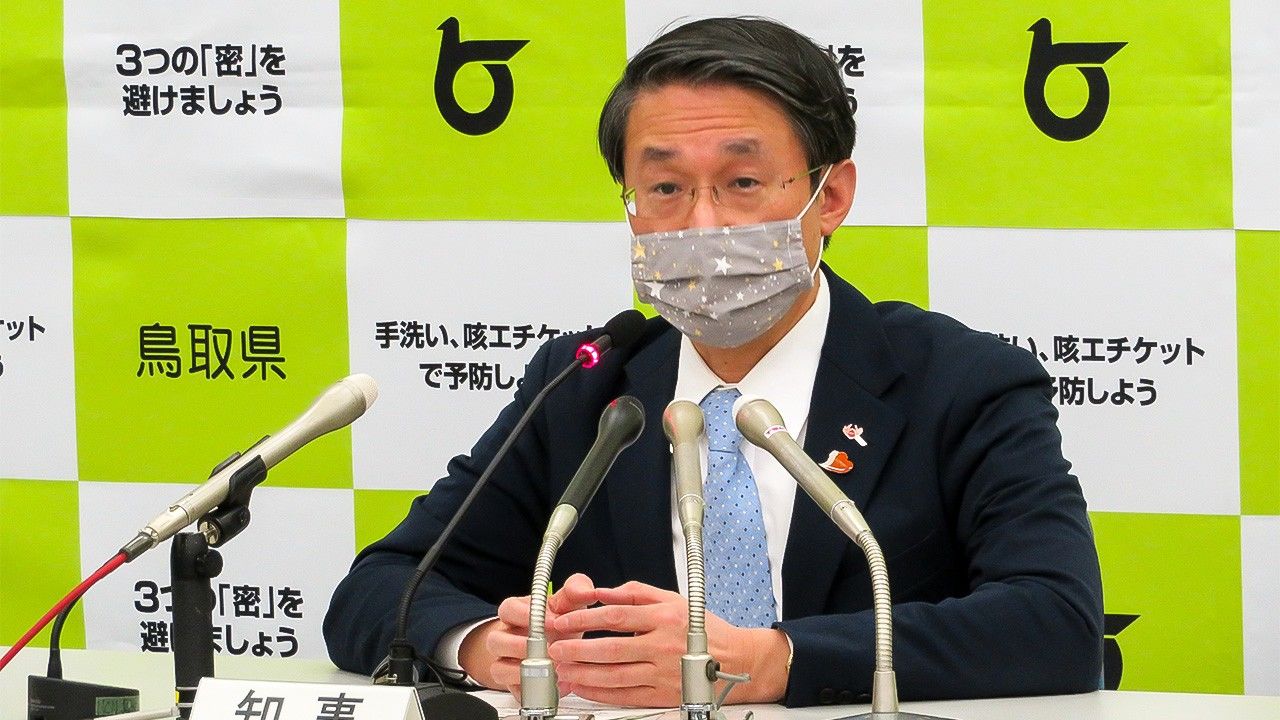 Not Just About a Small Population: Tottori’s Approach to Containing the Coronavirus

Politics Health Feb 24, 2021
An interview with Hirai Shinji, governor of Tottori Prefecture, which has the lowest number of COVID-19 infections by prefecture in Japan, ranks first in the country in hospital beds for patients per 100,000 people, and also leads in terms of offering care and testing capacity. 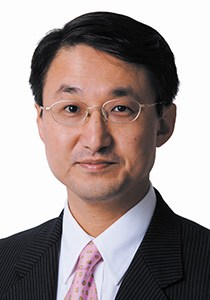 Governor of Tottori Prefecture. Born September 17, 1961. Graduated from the University of Tokyo Faculty of Law in March 1984. Began working in the Ministry of Home Affairs in April 1984. Served as head of Tottori Prefecture’s General Affairs Department from July 1999 and became the prefecture’s vice-governor in July 2001. Left the Ministry of Internal Affairs and Communications in February 2007. Elected Tottori governor in April 2007 and now serving his fourth term.

Figures released by the Tottori prefectural government as of January 28, 2021 show that the prefecture had a cumulative total of 198 COVID-19 patients, the lowest of any prefecture. However, Governor Hirai Shinji remains on guard about the third wave of infections.

Hirai believes that the spread of infections in the third wave is clearly different than the first and second waves and that the conventional infection forecast is off the mark. Fortunately, Tottori has been able to keep up with tracing infection routes so far, but the pace of track-and-trace will have to be stepped up.

“We need infection-control measures appropriate for the virus’ characteristics: for example, considering food serving methods, partitions in eateries, and disinfection protocols. There has been a lot of discussion about whether bars and restaurants should close at eight or ten in the evening, but that’s not really the point. The whole country needs to think of more effective and comprehensive ways of preventing infection.”

Hirai noted that Tottori had adopted rapid testing, hospitalization, and treatment for fighting the coronavirus. “These are the three essentials for protecting health and human lives. I realize that this is easier said than done in places with much larger populations, but I believe that these measures are especially important in our smaller cities. We aim to keep patient numbers to zero in the best ways that smaller cities can.”

Tottori took this approach well before the virus had spread throughout the country, starting when the first infection was detected and the central government had to face up to the fact that the pandemic had arrived.

“The senior population ratio in Tottori is high, so I believed it was important for us to take stronger anti-coronavirus measures than elsewhere. When the first COVID-19 infection in Japan was detected, in a Kanagawa Prefecture resident on January 16, 2020, we immediately opened a consultation center at prefectural headquarters. By January 21, we had organized a prefecture-wide information exchange network, and by month’s end a cooperation agreement between our coronavirus measures headquarters and the prefectural medical association was in place.”

Thanks to Tottori’s emphasis on speed, the prefecture has a daily testing capacity of 4,800 tests and has secured 313 hospital beds for COVID-19 patients. 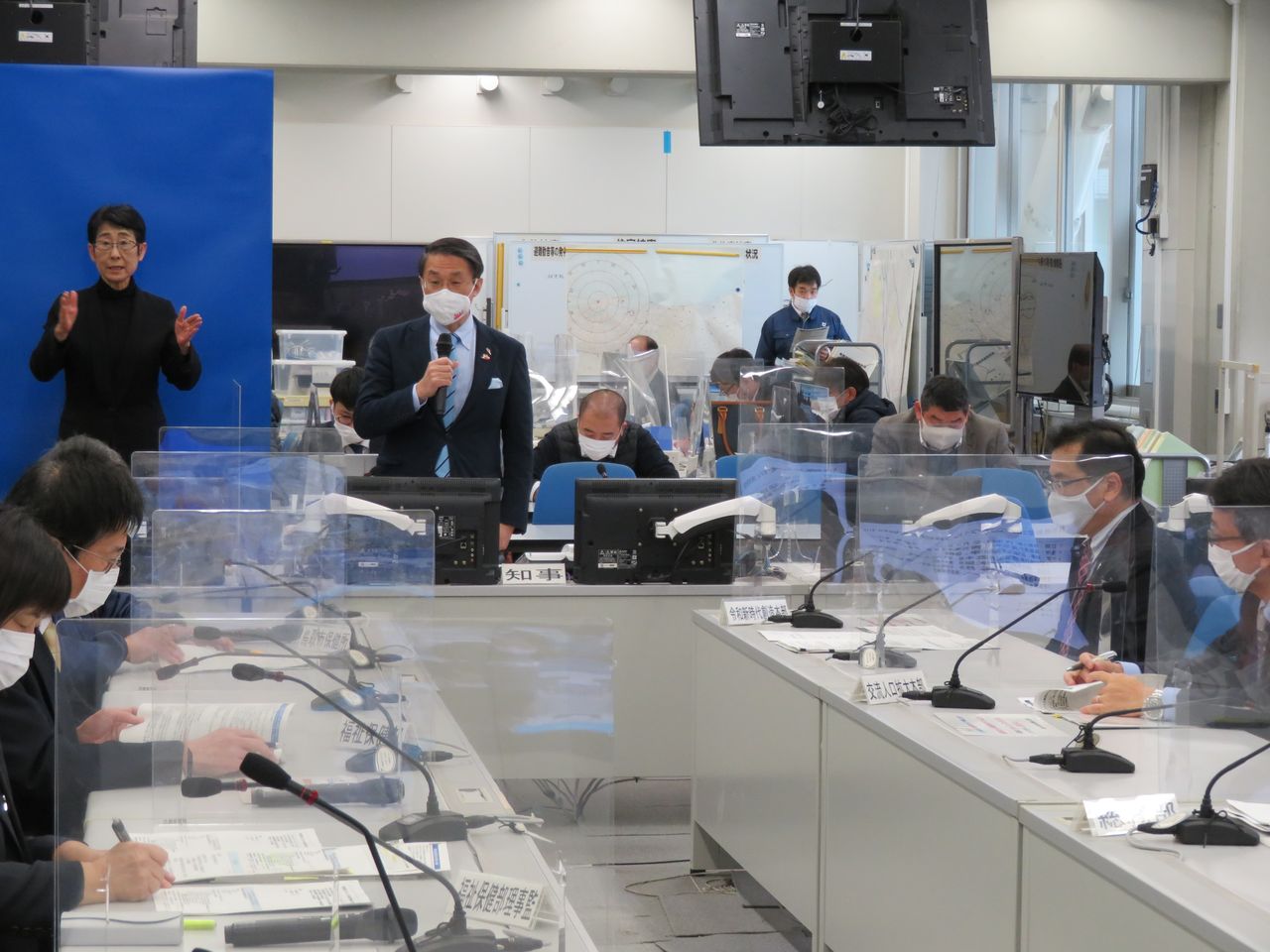 Tottori has also adopted a distinctive approach to PCR testing. “Since the start of the pandemic we’ve concentrated on boosting testing capacity. At first, many disagreed with this approach, saying that widespread testing would uncover more patients than hospitals could handle and overwhelm public health offices. But we took the opposite approach. Even if everyone tested was positive, we were confident that we had enough beds to handle the patient load, so we went ahead.”

Depending on the testing facility, getting PCR test results can take a few days, but Tottori provides same-day results. “PCR test results can be obtained in three hours. If we can get same-day results, it’s only natural to communicate them the same day to those who were tested. It seems to me that there’s something wrong with the medical system if that can’t be done.”

Some claim that Tottori’s low number of COVID-19 patients is due to its small population, but Hirai disagrees. He says that strain on Tottori’s medical system may have been avoided thanks to the prefecture’s high testing capacity and thorough infection-control measures.

“For example, we can obtain results of PCR tests the same day, so if a test is positive, the person can be hospitalized right away. Next, we will test everyone in that person’s family. Results of their tests will come out in late afternoon or in the evening, so they can be hospitalized that night or the next morning. After that, we trace all the contacts of those who tested positive, not necessarily just close contacts, and test those people in turn. By repeating this process, we can catch anyone who has been infected and treat them. Treating infections early means that patients will recover more quickly. That’s how Tottori handles the coronavirus.” 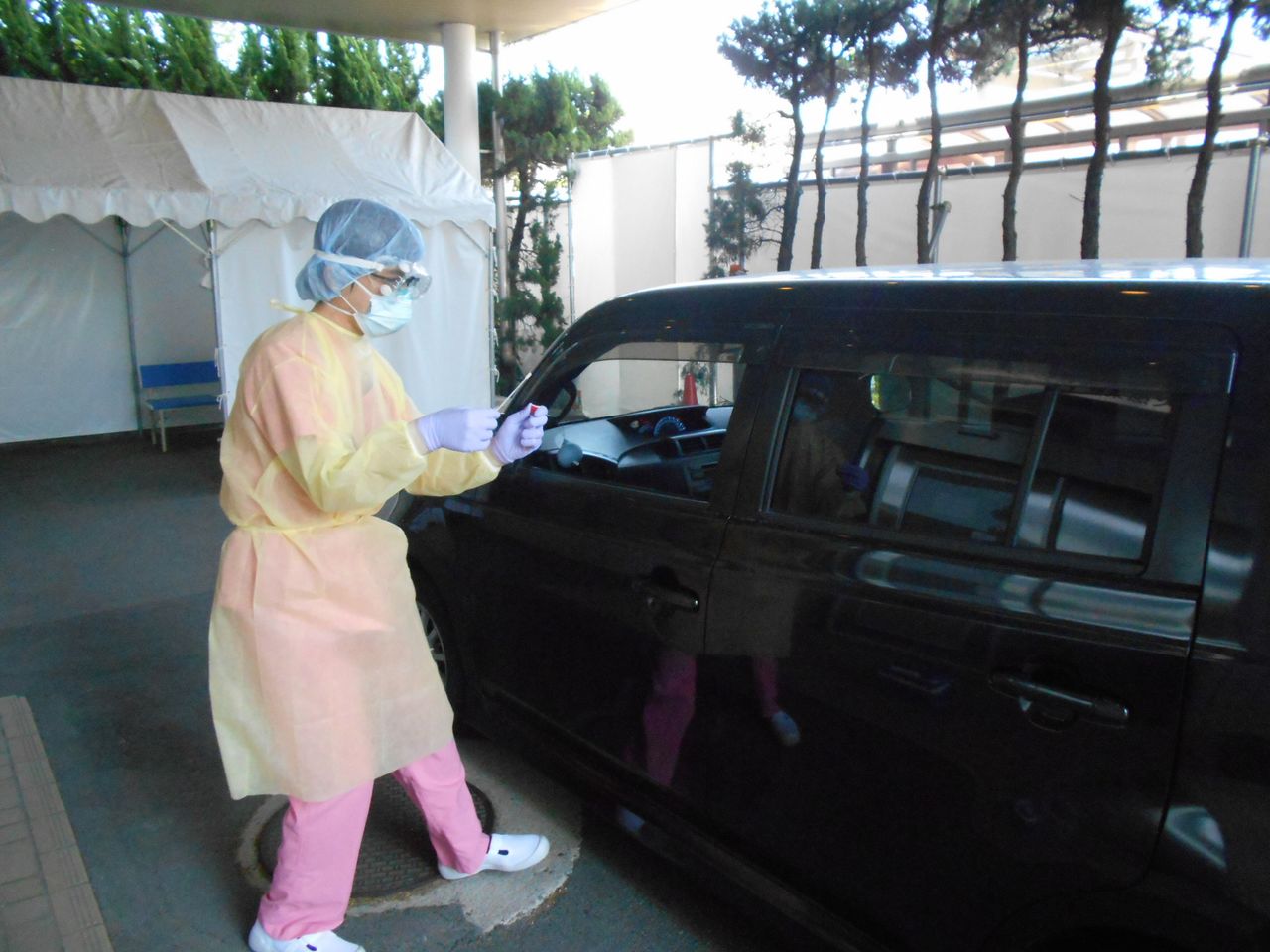 Tottori Prefecture was the first in Japan to implement drive-through PCR testing.

Many small, privately-owned hospitals are reluctant to help in the fight against the coronavirus, due to such concerns as that infection clusters on their premises would force them to shut their doors. In Tottori, however, 90% of smaller hospitals and testing facilities do deal with COVID-19 patients.

This could be done because, according to the governor, “We were able to obtain cooperation by communicating to develop a shared sense of crisis. Given that Tottori has very few clinics and hospitals relative to the large proportion of senior residents, we made preparations to bring everyone on board. And because we’re a small prefecture, I think there are stronger links between the local authorities and the medical association than might be the case elsewhere.”

“During the first wave of the pandemic, I personally approached the prefectural medical association and asked for their help. Some doctors said that it was best not to get close to COVID-19 patients in clinics, but others insisted that with so many cases being asymptomatic, it was inevitable that they would end up having to see those patients. At the time, masks were in very short supply and some doctors said, ‘We don’t have any masks, so we can’t see these patients.’ I promised to help and came through by releasing our entire emergency stock of 230,000 masks to medical institutions. We hadn’t expected to have to empty our stores, but it did convince doctors that we were taking the situation seriously.”

“At the end of December 2020, I called all hospital heads in the prefecture to personally thank them. We’re a small prefecture, which helped us remain in close contact with local medical facilities, but I don’t see why larger entities can’t achieve the same result if they have the will to do so.”

The Diet, which reconvened for its regular session in January 2021, passed revised special measures legislation to deal with the pandemic on February 3. The revised laws include fines for non-compliance, and while some welcome the stricter measures as more effective to prevent the spread of infection, others worry that certain provisions of the laws restrict personal rights. Governor Hirai’s comments are from January 19, before the legislation was passed.

“I had been requesting revisions to the laws since May 2020, so I am very glad that changes are finally being made. As the National Governors’ Association has noted, eateries and other places where infections occurred often declined to cooperate with health authorities trying to carry out checks, and many people refused hospitalization or quarantine. This is why passing the revised legislation is so urgent.”

Citing Tottori’s experience with the prefectural bylaw to fight clusters implemented in August 2020, the governor believes that possible fines under the revised laws will act as a social deterrent.

“Our bylaw requires making public the names of establishments where clusters have occurred. But it also includes a provision exempting them from being named if they provide us with the names of all their employees believed to be infected. We introduced this bylaw not because we wanted to collect fines; we simply wanted to know the names of those who need to be tested. If the businesses give us the names, there’s no problem. Once the bylaw was introduced, many more businesses came forward with names, so this has worked well to control infections. This experience led me to believe that, depending on their provisions, the revised laws could help change people’s behavior.”

Hirai hopes for quicker action on the part of the central government and expanded support for regions not covered by the state of emergency declaration.

“Over the past few weeks, massive snowfalls in the Hokuriku region trapped dozens of vehicles on highways. The same thing happened in Tottori a few years back, and we know from that experience that the slower the authorities react, the longer it takes to clear up the logjam. It’s the same with the pandemic: quicker action will lead to quicker resolution.”

“Tottori has not been included in the latest state of emergency declaration and the central government has not imposed stringent restrictions on us. But the state of emergency is in effect in three neighboring prefectures (Osaka, Kyoto, and Hyōgo) with large populations. The inflow of travelers from those prefectures to Tottori has dropped precipitously and impacted business in our restaurants and drinking spots. I realize that businesses in the areas under the state of emergency need to be compensated, but the government should also provide support for those that aren’t covered right now.”

At the end of the interview, I asked the governor for his thoughts on the relationship between local authorities and the central government.