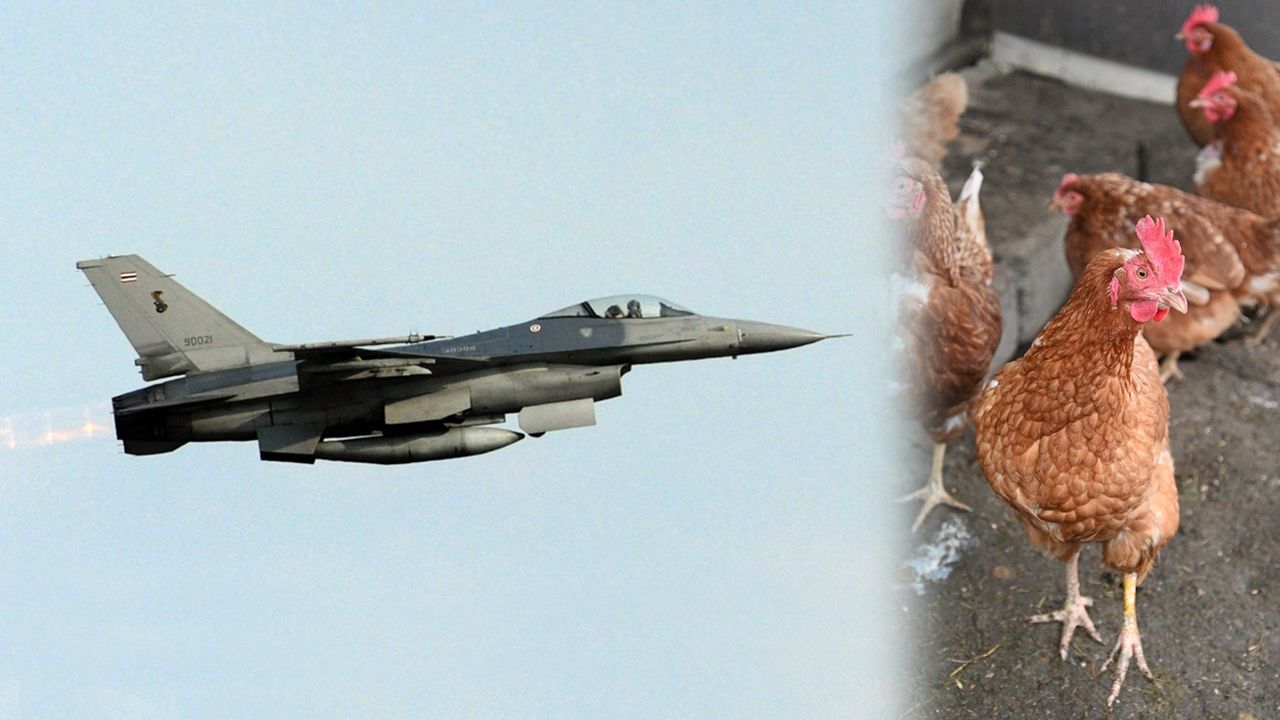 Japan Yet to Tap Potential of Offsets to Lower Defense Costs

Politics Mar 3, 2021
Security threats in East Asia are rising, as China builds bigger and more sophisticated weapons systems and North Korea advances its missile development program. While Japan’s defense outlays have slowly been rising, there is a limit to what the country can spend. Former Defense Minister Nakatani Gen points to offsets—used widely abroad but not by Japan—as an option worth considering. 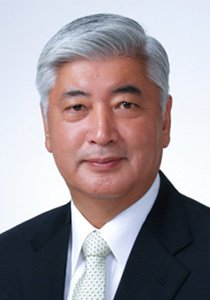 Member of the House of Representatives and former minister of defense. Born in the city of Kōchi in 1957. Entered the National Defense Academy after graduating from high school and joined the Ground Self-Defense Force in 1980. Was first lieutenant in 1984 when he retired from the GSDF to pursue a political career. First elected to the House of Representatives in February 1990 and is now serving his tenth consecutive term. Author of Migi de mo hidari de mo nai seiji: Riberaru no hata (Neither Right nor Left: The Flag of Liberal Democracy) and other works.

INTERVIEWER  The fiscal 2021 defense budget is expected to climb to 5.34 trillion yen, the highest on record. How much of that will be used to procure arms, materials, and equipment from abroad?

NAKATANI GEN  The share claimed by imports has been rising year by year. This is particularly true of items covered by the Foreign Military Sales program, under which Washington provides defense articles and services to its allies. The fiscal 2021 budget request includes imports of 3.7 trillion yen under FMS, of which 3.1 trillion yen will be for items used in Japan and 500 billion yen for overseas.

INTERVIEWER  The Japanese economy has been decimated over the past year due to the outbreak of COVID-19, but arms and equipment purchases from foreign sources are likely to rise in order to counter developments in China and North Korea. Is there anything the Japanese government can do to overcome this dilemma?

NAKATANI  One option would be to introduce offset obligations in our military purchases. Such agreements are common among countries around the world, and Japan is one of the exceptions in not having such a mechanism. It’s essentially a barter arrangement where sales by the exporting country are conditioned on its purchase of items from the importing country. For example, Japan can agree to buy fighter jets if the exporter purchases Japan’s armored amphibious vehicles or licenses a Japanese manufacturer for domestic assembly. Under some arrangements, nonmilitary offsets are offered, like investments in factories unrelated to defense or even purchases of agricultural products. Japan has never engaged in the latter type of transaction.

INTERVIEWER  Can you give us a few examples of how offsets work?

NAKATANI  When Brazil purchased Gripen jet fighters from Sweden’s Saab, it negotiated for production to be licensed to a domestic manufacturer. And when Britain’s BAE Systems sold fighters to Saudi Arabia, it agreed to invest in the construction of sugar refining, pharmaceutical, and petrochemical plants in the country.

INTERVIEWER  If farm products have been offered as payment for military equipment, could Japan trade rice for fighter aircraft?

NAKATANI  Yes, it’s possible. Thailand, for example, proposed an offset offering frozen chicken to pay for its purchase of F-16 fighters. This never materialized because the Thai government was ousted in a coup, but Japan could conceivably offer rice, wagyū beef, or fruit in a similar countertrade deal. 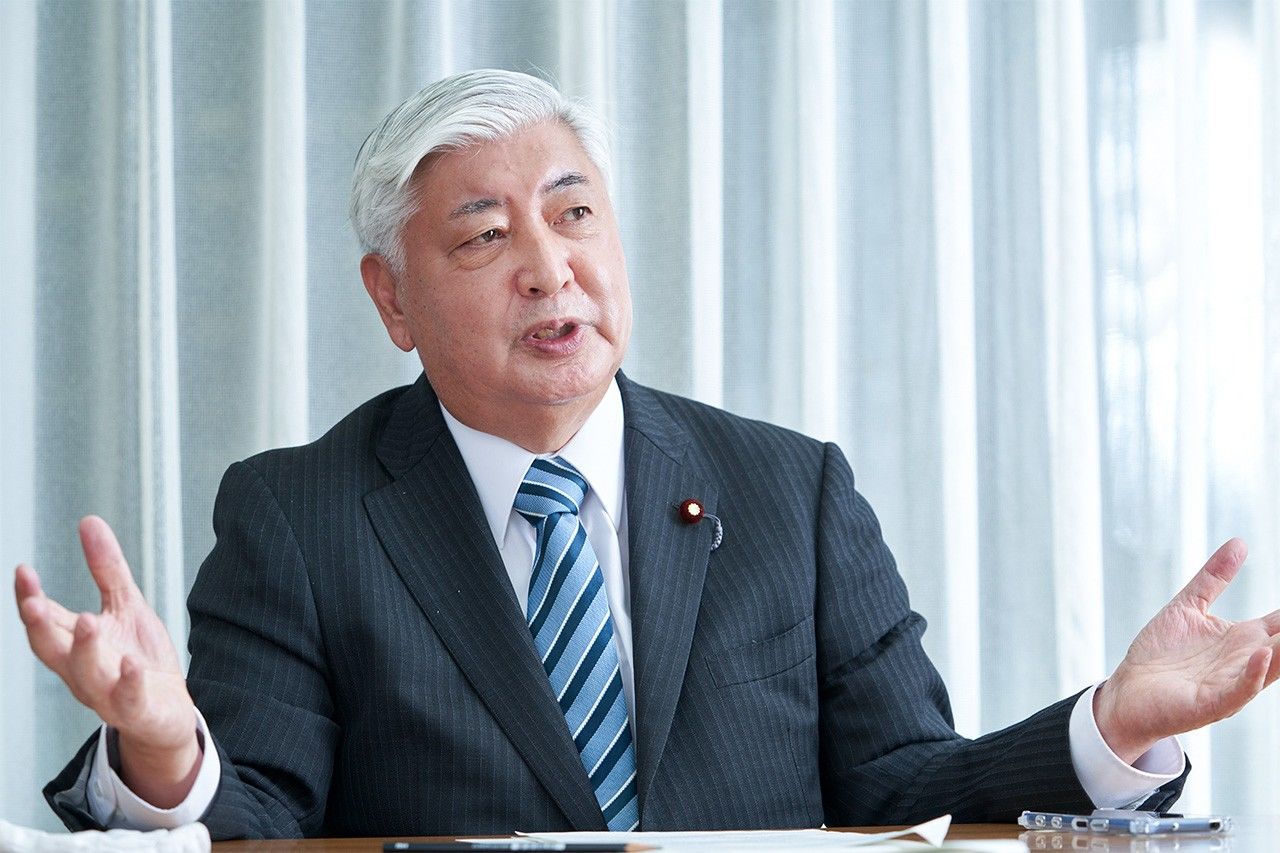 INTERVIEWER  Why do you think Japan should pursue offsets?

NAKATANI  In the past, when purchasing military equipment from the United States, Japan worked out deals for licensed production, domestic assembly, or joint development by US and Japanese firms. This contributed to the development of Japan’s defense industry and helped shore up the country’s defense industrial base. But these arrangements have become quite rare in recent years, as rules on protecting sensitive technologies have grown more stringent. The price tag for military hardware is usually nonnegotiable, moreover, so Japan could be paying an unreasonably large sum for its imports. Offset agreements require the seller to purchase an equivalent amount from the buyer, so they work as a disincentive to higher prices. This gives Japan a chance to compensate for the weakness of its negotiating position in a seller’s market.

INTERVIEWER  Are there any rules on the amount or percentage that can be paid through barters?

NAKATANI  India has institutionalized offsets whereby any military purchase worth more than 30 million dollars requires an offset of at least 30 percent, with most agreements calling for around 50 percent. In some European countries, though, the percentage can be 100 percent or even higher. Each country has its own rules.

INTERVIEWER  I understand that when France purchased three AWACS [Airborne Warning and Control System] reconnaissance planes from the United States in the late 1980s for 800 million dollars, offset provisions included an agreement for the United States to purchase jet engines from France worth 130 percent of the AWACS purchase price.

NAKATANI  Yes, that’s right. Many countries develop their own outstanding armaments and military equipment, which are often protected as defense secrets. In that regard, the US acquisition of French expertise in engine technology was not without its merits. The deal may have been costly for Paris, but it was a boon for the domestic defense industry, so I’d say it was a win-win.

INTERVIEWER  What, in concrete terms, would Japan need to do to introduce offsets?

NAKATANI  Trade is under the jurisdiction of the Ministry of Economy, Trade, and Industry, so the Ministry of Defense would have to work with METI to formulate clear rules and guidelines. And the transfer of defense equipment to foreign countries would need to be approved on a case-by-case basis because certain restrictions on arms exports are still in place. But if the government has the will, ways can be found to work out offset deals.

The Need for Political Commitment

INTERVIEWER  Then all that’s needed would be a go-ahead from Prime Minister Suga Yoshihide.

NAKATANI  There’s no talk at the moment of negotiating an offset deal, but before anything can happen, the prime minister would have to announce that Japan is open to such arrangements. Only then can we set in motion the preparatory work to establish procedures and the like.

INTERVIEWER  Given Prime Minister Suga’s enthusiasm for lower cellphone rates and NHK viewing fees, I’m sure he’d welcome ideas on ways to get more for the money spent on defense. Have you had a chance to speak to him or Defense Minister Kishi Nobuo directly on this?

NAKATANI  I brought the matter up in my questions to the Diet, as well as during a meeting of the House of Representatives Security Committee in November 2020.

INTERVIEWER  The draft fiscal 2021 budget earmarks approximately 600 million yen for the “appropriate overseas transfer of defense equipment” to promote exports of competitive products developed in Japan. Any thoughts on this?

NAKATANI  I think this will not only help strengthen Japan’s defense industrial base but also facilitate coordination with our partners during joint exercises if we use the same equipment. It can boost the reputation of our defense industry as well if those products contribute to elevating the capacity of the purchasing country.

INTERVIEWER  Offsets might also enter the picture when Japan is the exporting country, should the importing government seek a countertrade agreement.

NAKATANI  That will depend on that country’s negotiating position. India, as I mentioned, requires offsets as a rule, and the United States might seek such arrangements as well. We’ll have to see. One thing that’s hampering Japan’s exports at the moment is the need for each item to be cleared by METI. Most manufacturers aren’t willing to risk building products that they might not be able to sell abroad. And if they’re unable to turn a profit, there’s no point in making them. The government needs to provide some sort of assurance to encourage the development of Japan’s defense industry.

INTERVIEWER  Do you think Japan will resort to offsets during fiscal 2021?

NAKATANI  I’m doing what I can to promote the idea, but prospects aren’t encouraging. Before the Three Principles of Arms Exports was replaced in 2014 by the Three Principles on Transfer of Defense Equipment and Technology, there was a de facto ban on any military exports whatsoever. Although the restrictions have been eased somewhat, every time Japan does try to sell defense equipment, it becomes a political hot potato. So, the administration needs to walk a very fine line on this issue. That said, it’s something worth considering seriously; given the growing tensions in East Asia, we’ll need to beef up our security in such areas as missile defense and space operations without overburdening our strained public finances.