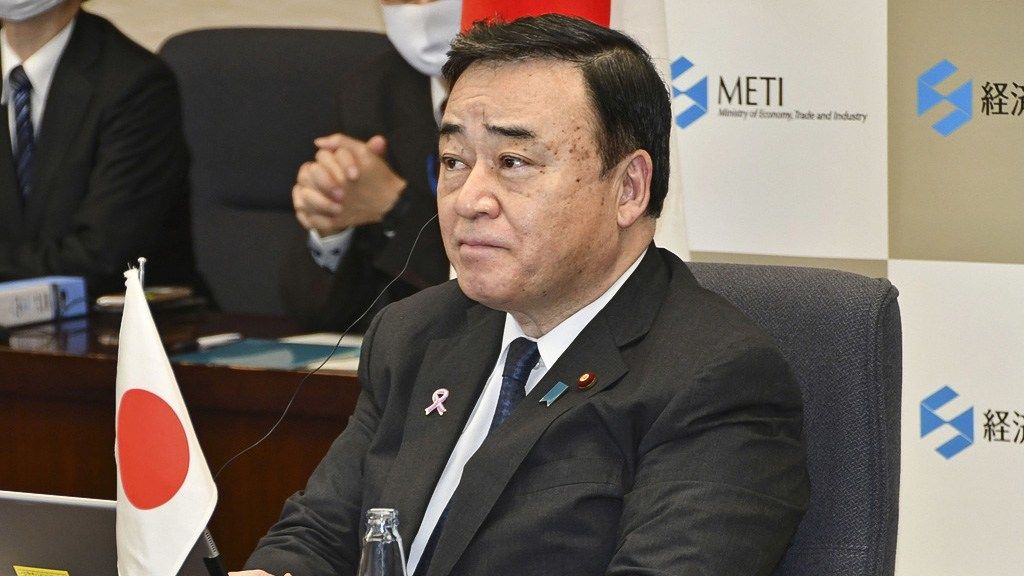 The RCEP Trade Pact: A Recipe for Regional Integration

Politics Economy Feb 25, 2021
In November last year, Japan and 14 other Asia-Pacific nations signed the Regional Comprehensive Economic Partnership, a trade pact eight years in the making. Addressing concerns that India’s absence opens the door to Chinese dominance, the author stresses the agreement’s significance as a step toward regional integration.

On November 15, 2020, representatives of Japan and 14 other Asia-Pacific nations met remotely to sign the Regional Comprehensive Economic Partnership, a trade agreement that took eight years to negotiate. The agreement represents the largest trade framework in the world, encompassing the ten members of the Association of Southeast Asian Nations (Brunei, Cambodia, Indonesia, Laos, Malaysia, Myanmar, Philippines, Singapore, Thailand, and Vietnam) as well as Australia, China, Japan, New Zealand, and South Korea.

Some observers are wary of the RCEP as a China-dominated framework, particularly in view of India’s decision to withdraw. To my mind, this ignores the groundbreaking significance of the agreement, which has succeeded in bringing Japan, China, and South Korea into a single economic framework along with the rapidly developing economies of ASEAN.

Amid signs of resurgent protectionism triggered by the COVID-19 pandemic, it was heartening to see a highly diverse group of Asian nations at varying stages of development come together and renew their commitment to regional integration. The message the RCEP agreement sends—that the nations of East and Southeast Asia intend to maintain a free and open international economic order—is bound to have an impact on the entire world.

The RCEP’s roots extend back to the end of the last century, when the countries of East and Southeast Asia began exploring the idea of a regional economic community. Negotiations for the RCEP per se started up in 2012 and continued in parallel with several other multilateral regional initiatives, including the Trans-Pacific Partnership (championed by the administration of US President Barack Obama), the ASEAN Economic Community, established in 2015, China’s Belt and Road Initiative, and the Free and Open Indo-Pacific strategy proposed by Japan and the United States.

Beijing threw its support behind the RCEP, and since India’s withdrawal from the negotiations, there has been a tendency to portray it as a Chinese-led initiative. As I see it, however, the RCEP should be assessed in the context of the long-term goal of regional integration. To reduce it to the zero-sum game of US-China power politics is to misunderstand its fundamental character.

Granted, movements toward regional integration in recent years have been closely intertwined with the geopolitical reality of China’s rapid rise and the resulting tensions between Beijing and Washington over the changing regional balance of power. But it is a gross oversimplification to reduce Asian geopolitics to the US-China contest for hegemony.

Where the RCEP is concerned, such an interpretation errs in several important respects. First, it ignores the crucial role played by the region’s middle and small powers, including Japan and the ASEAN countries. The RCEP is not a manifestation of one superpower’s ambitions. It is the product of years of negotiation among 15 countries at widely divergent points on the economic spectrum. The guidelines for negotiation of the RCEP adopted in 2012 explicitly stated that the talks should be conducted under ASEAN leadership and in recognition of ASEAN’s “centrality,” and it seems clear that Japan, China, and other parties deferred to ASEAN’s leadership role in the actual negotiations.

Second, the agreement needs to be assessed in terms of the region’s ongoing economic development. Japan, South Korea, and China all achieved their current status as economic powers by participating in the international supply chain, and the expansion and strengthening of cross-border supply chains is driving the region’s growth in the twenty-first century. These supply chains depend on the smooth flow of goods, people, ideas, and investment across national borders, and any impediment to that flow can seriously compromise the environment for trade and investment. An international framework of common rules is needed to ensure the smooth reciprocal flow of goods, people, ideas, and investment and pave the way for further growth and development. The RCEP agreement represents a significant step toward the creation of such a framework.

Particularly significant in this regard is the inclusion of rules of origin and provisions on trade in services, investment, and intellectual property rights that are missing from the existing ASEAN+1 free trade agreements. In addition, the e-commerce chapter of the RCEP agreement takes a major step forward with provisions blocking data localization requirements (measures limiting cross-border transfer of e-commerce data or requiring it to be stored in the nation of residence) and supporting the free flow of data (although it does not prevent members from imposing restrictions or requirements that it considers necessary to achieve a legitimate public policy objective).

In joining the RCEP, China is submitting to international rules governing investment and intellectual property rights for the first time. Exemptions and exceptions have been granted only to the least-developed nations of ASEAN. For example, Cambodia, Laos, Myanmar, and Vietnam received exemptions from guaranteeing most-favored-nation treatment vis-a-vis investment.

There is no denying that the RCEP, as an agreement aimed at facilitating the development of cross-border supply chains, is likely to augment the gravitational pull of the Chinese economy, which has benefited so much from such supply chains. Trade between China and ASEAN actually expanded in 2020, notwithstanding the COVID-19 pandemic, and Chinese investment in ASEAN is booming as well. The important point is that in negotiating the RCEP agreement, China participated actively in the drafting of rules designed to impose a measure of discipline on its own economic activity. Clearly, China will be in a better position to pursue development as a proponent of compliance with common rules than as a vilified outlaw.

That said, I am skeptical about the impact of India’s nonparticipation, at least in terms of counterbalancing China’s influence. To be sure, India’s economy is the world’s fifth largest, with a gross domestic product of $2.8 trillion, but it is still only about 60% as large as Japan’s, and it is completely dwarfed by China’s, with a GDP of $14 trillion. ASEAN as a whole tops India in terms of economic output. At this stage, it is questionable whether India has the clout to counterbalance China.

Meanwhile, India’s trade balance is perennially in the red, and its trade deficit with other key RCEP countries is expanding. In 2018, its trade deficit with all other RCEP parties combined hit $108.5 billion, of which China accounted for $57.3 billion and ASEAN for $21.1 billion. In these circumstances, the agreement faced stiff resistance from both the farming and manufacturing sectors and had become the target of fierce criticism from the Indian National Congress, the nation’s largest opposition party. When the economy slowed in 2019 as a result of a slump in the manufacturing and construction industries, it became all the more difficult for the government to stand up to such opposition.

Of course, all other things being equal, one would naturally welcome the participation of the world’s second most populous nation, with its obvious allure as a market. Moreover, the administration of President Narendra Modi has worked hard to encourage foreign direct investment in manufacturing as part of its Make in India initiative. India could still join the RCEP at some point in the future. But for that to happen, the nation’s policy elite must renounce protectionism, embark on serious regulatory reform, and agree that the best way to hasten the nation’s development is to expand its participation in the region’s cross-border supply chains.

The Way Forward for Japan

What does the RCEP mean for Japan? It means that Japan, China, and South Korea are now part of a single free trade agreement—despite the political differences that blocked efforts to negotiate a trilateral pact—that includes ASEAN as well. This is an extremely important step, not only in terms of improving market access but also from the standpoint of establishing unified international rules for the development and maintenance of a healthy business environment. Moreover, if Japanese companies can leverage the RCEP to diversify their supply chains, it will enhance the resilience of the Japanese economy while spurring development and growth throughout the region.

The biggest concern is that, in accelerating economic activity via the development of cross-border supply chains, the RCEP could end up augmenting inequality between the haves and the have-nots, contributing to environmental destruction, or fueling other problems that undermine the public interest.

This is the danger inherent in free and open trade and investment. The RCEP is vulnerable to criticism in this regard, since it incorporates no labor or environmental provisions. Japan should continue lobbying for rules geared to fair and sustainable development.

Amid growing uncertainty over changes in the regional order, it is more important than ever that Japan take full advantage of multilateral frameworks as well as traditional bilateral diplomacy. In addition to the RCEP, Japan is a party to the Comprehensive and Progressive Agreement for Trans-Pacific Partnership (comprising Australia, Brunei, Canada, Chile, Japan, Malaysia, Mexico, New Zealand, Peru, Singapore, and Vietnam). It is also working with like-minded countries to safeguard a “free and open Asia-Pacific.” By promoting and taking part in multiple frameworks, Japan can hedge against risk while contributing to the formation of a new regional order. This is the role we should play going forward.