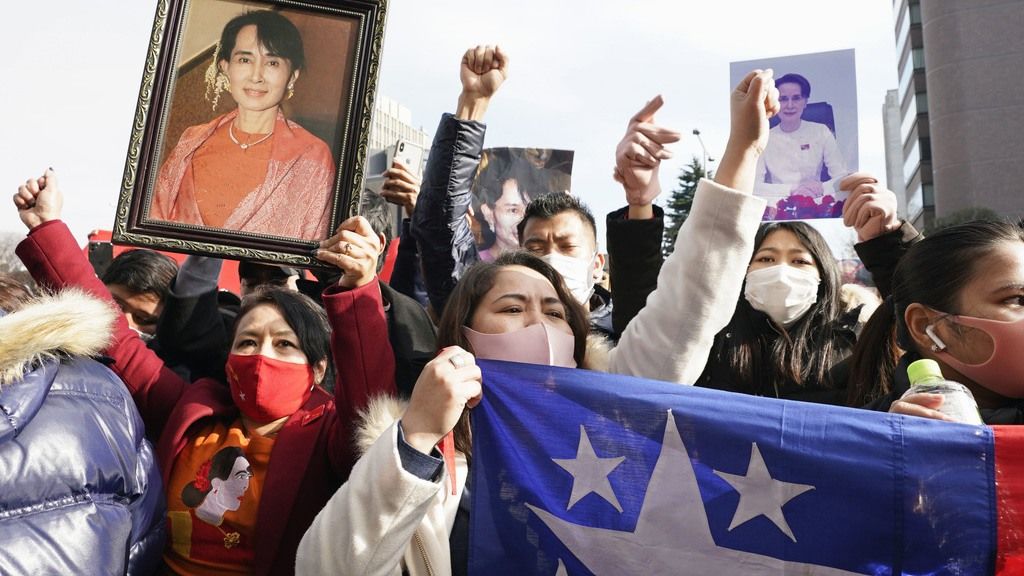 Myanmar Coup Deals a Blow to Japan’s Diplomacy: Will China Fill the Void?

Politics Feb 12, 2021
By detaining Aung San Suu Kyi and democratically elected officials, the Myanmar military has wiped away ten years and two successful elections of democratic progress. Why did the military decide to seize power now? Does the coup d’état present China with a golden opportunity to reassert its influence in Yangon at the expense of Japan’s carefully cultivated connections to Myanmar’s civilian and military leaders?

By annulling the results of the November 2020 general election and preventing the swearing in of members of the new parliament, the Tatmadaw has shattered Myanmar’s fragile, 10-year process of democratization. With the internet blocked and broadcasting brought under military control in the space of a single day, the coup d’état appears to have been meticulously planned and likely presages an extended period of military control. A new election will be held one year from now—under military supervision.

Last November, over 70% of Myanmar’s registered voters turned out to deliver an overwhelming victory to Aung San Suu Kyi’s ruling National League for Democracy (NLD). Taking place in the middle of the COVID-19 crisis, the NLD obtained over 80% of available seats in both houses of parliament. By alleging irregularities compromising the registration of over 10 million voters—one fifth of the population—the military has violently and trampled on the will of Myanmar’s people as well as contradicted the judgement of international monitoring teams, including Japanese observers, that the election was fair and legitimate.

China Distances Itself from Global Condemnation

The military’s action could precipitate a vicious cycle of mass demonstrations and bloody crackdowns, but it will also have a significant impact on international relations. With 54 million people and an abundance of natural resources, Myanmar occupies a pivotally important geopolitical position in Asia, bordering as it does Thailand, India, and China. As Myanmar has the potential to be a highly influential regional power, Japan and China have intensified their competition for diplomatic influence in Yangon.

If the Tatmadaw prolongs and deepens its hold on power, attention must be paid to China’s positioning, given its long-apparent desire to enhance its influence in Myanmar. While Western nations and Japan were quick to condemn the military, China adopted a cautiously neutral stance, communicating its hope for “social and political stability and the resolution of disagreements.”

It is probably inevitable that the West will apply sanctions against Myanmar, especially as the Myanmar government and the military had already alienated United Nations institutions and international NGOs due to their actions in exacerbating and perpetrating the Rohingya humanitarian crisis. The longer Myanmar is isolated from the international community, however, the greater the likelihood that China will fill any strategic vacuum.

A Tailwind for China’s BRI?

Extending China’s influence into Southeast Asia occupies a prominent place within China’s flagship framework for international economic engagement, “the Belt and Road Initiative”. As natural gas and crude oil exports from the Middle East power the now massive Chinese economy, an unspoken objective of the BRI is to establish alternative transportation routes to mitigate the impact of any severing of China’s critical energy lifeline that currently extends from the Indian Ocean through the South China Sea.

In complement already completed oil and gas pipelines that connects the Indian Ocean to southern China through Myanmar’s Kyaukpyu Port in Rakhine State, both countries are currently advancing plans for parallel railway infrastructure. The contentious Myitsone dam project originally agreed upon between the Tatmadaw and China during Myanmar’s previous period of military rule could also be restarted. The project originally planned to dam the upper reaches of the Irrawaddy to supply electricity to China’s southern provinces, but fierce popular opposition pushed the government to cancel the project as Myanmar’s begun to transition to democracy. Over time deep connections between members of the Tatmadaw and China have been forged through mutual interest projects such as these.

Despite connections to China, goodwill toward Japan within the Myanmar military remains due to the historical origins of the Tatmadaw and its association with the prewar Japanese military. Sasakawa Yōhei, Japan’s special envoy for national reconciliation in Myanmar, also regularly met with coup d’état leader Min Aung Hlaing before the coup. But the reality is that the Japanese government will have little room for maneuver as long as the Tatmadaw remains in charge. With the inauguration of the Joseph Biden administration and the Democratic Party’s control of both houses of Congress in the United States, a greater emphasis on human rights will inevitably result in Western countries taking a tough stance toward Myanmar. This creates a dilemma for Japan as it considers its response to any Chinese attempts to enhance its influence in the country.

Beyond personal connections, the Japanese government has consistently maintained high levels of assistance to Myanmar despite an overall decrease in Japanese ODA disbursements. Japan is in fact Myanmar’s largest aid donor, with annual grant aid and concessional yen loans totaling over ¥150 billion. Strengthening Japan-Myanmar relations has long been a focus for postwar Japan, but these relations have recently taken on greater strategic significance through Japan’s attempts to constrain China’s regional influence by preventing Myanmar from decisively aligning itself with China. A democratized Myanmar was also important for the Japanese government’s realization of its Free and Open Indo-Pacific diplomatic strategy. For this reason alone, the sudden and unexpected move by the Tatmadaw deals a heavy blow to Japan’s regional diplomacy.

It is still not completely clear why the Tatmadaw initiated the coup, but it is likely connected to the long-standing emotional antagonism between the military and Aung San Suu Kyi and members of her administration. This antipathy had only intensified recently as the NLD sought to revise the constitution to remove the guaranteed one quarter of parliamentary seats currently reserved for the Tatmadaw. The NLD also rejected the military’s requests to rerun elections in Rakhine State after voting was cancelled there during the November general election due to the ongoing armed insurgency.

Dealing with the long-standing armed conflict between minority ethnic groups and the state is the greatest ongoing challenge for Myanmar, and there were hopes that after Aung San Suu Kyi came to power that there would be progress on reconciliation. She has not, however, consistently or proactively engaged in dialogue with insurgent forces. Rather, reconciliation was arguably more advanced under military rule, meaning that dissatisfaction with her government has spread within ethnic minority communities in Myanmar as well as within the military.

That being said, the overwhelming victory by the NLD last November shows Aung San Suu Kyi’s broad popularity remains undiminished. With the political party closest to the Tatmadaw at the same time losing even more seats, Commander-in-Chief Min Aung Hlaing and other top military officials likely felt an urgent need to decisively settle the issue of their weakening political influence slipping support before parliament was seated.

While the Tatmadaw’s official explanation for its action was that the election was rigged, the real reason is likely that the resentment that had been building around Aung San Suu Kyi finally boiled over. The roots of conflict are deep in Myanmar, and the prospects are poor that they will be resolved in the short term. The longer Myanmar’s turmoil persists, the more difficult Japan’s position will become and the better China’s opportunity to increase its influence will be.