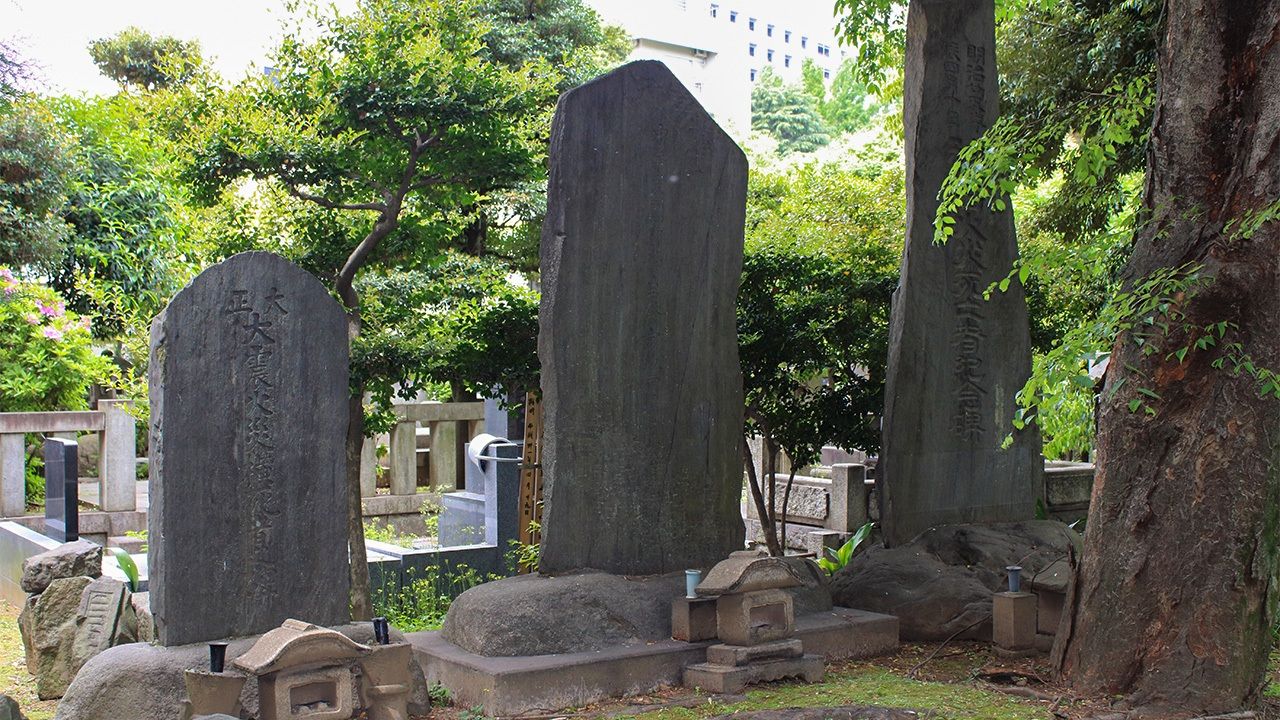 History Reflected in the Life of a Chinese Dictionary Editor

History World Politics Jun 14, 2021
The 1920s were the dawn of a new era for communism in Asia. This essay explores relations between intellectuals and socialists in Japan and China.

Birth of a Japanese-Chinese Dictionary 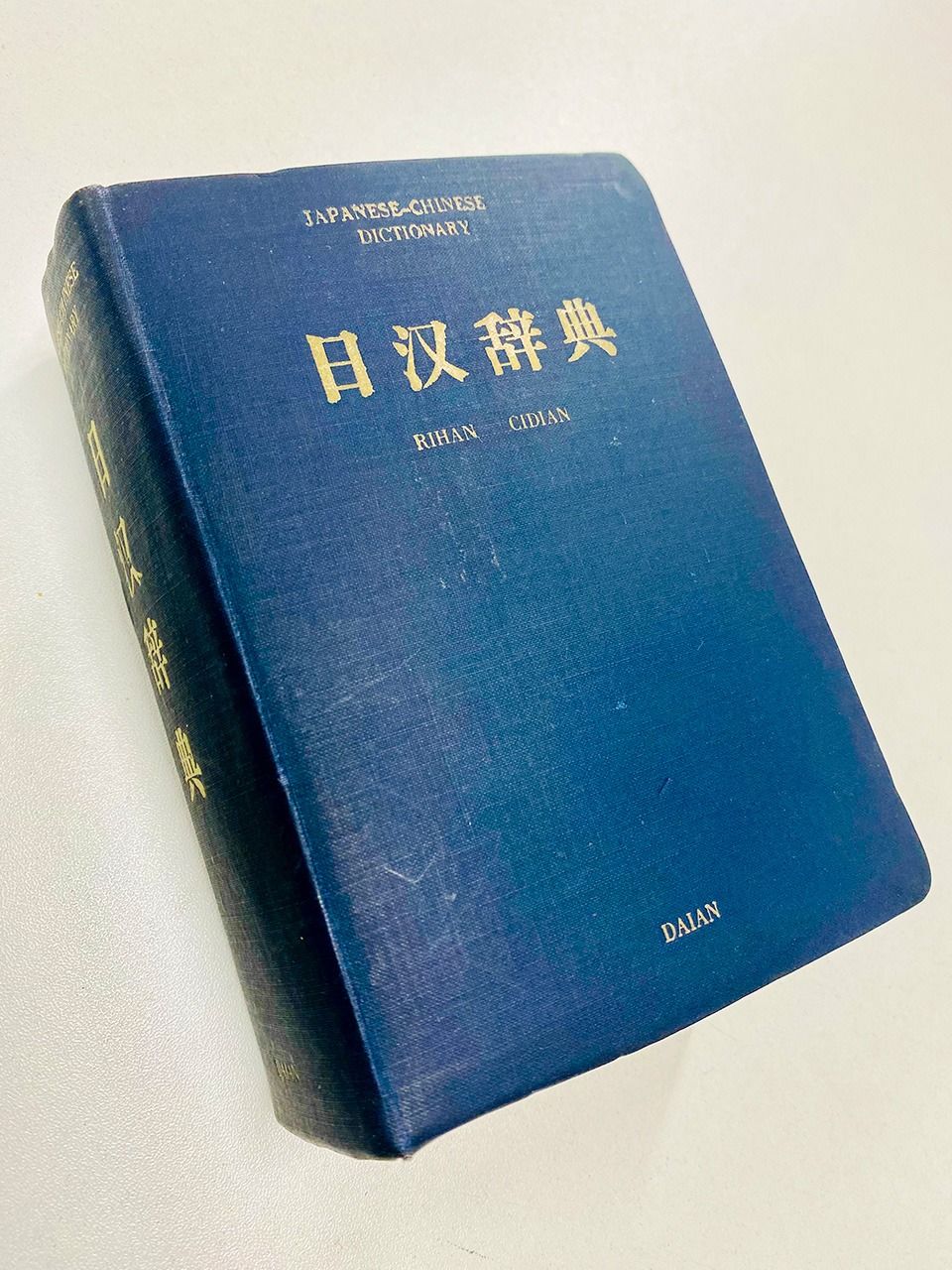 The Ri-Han cidian (Japanese-Chinese Dictionary), released by the Chinese publisher Commercial Press in 1959, was the first such dictionary to be published in the People’s Republic of China​, and sold 500,000 copies in China alone, prior to the normalization of China-Japan relations. The task of editing the dictionary, also published in Japan and Hong Kong, was handled by Chinese teachers of Japanese at the University of International Business and Economics and Peking University, who had acquired a high proficiency in Japanese. Given the conditions of the time, in was inevitable that some political bias found its way into definitions, but the compilers endeavored to create a dictionary firmly rooted in a Japanese linguistic perception, drawing on Japan’s renowned Kōjien dictionary and citing examples from Japanese newspapers.

The main editor, Chen Tao (1900–89), taught Japanese language at Beijing’s University of International Business and Economics. He was born in Mukden (modern-day Shenyang), and studied in Japan from 1920 to 1926. During that time, he was a conduit between the Japanese socialist movement and China’s revolutionary movement. The dramatic turns of his time in Japan and after his return to China reflect relations between the two countries in the twentieth century.

A Political Awakening in Tokyo

After graduating from high school in Mukden, Chen passed the exam for a national scholarship program and traveled to Tokyo, where he entered Keiō University to study economics. In spring 1922, his political awareness was awakened after hearing a speech by Liao Zhongkai. That fall, he joined the Chinese Nationalist Party, despite the fact that many of his fellow exchange students were unsympathetic towards the party. The First United Front, an alliance between the Chinese Nationalist Party (Kuomintang, or KMT) and the Communist Party of China (CPC), formed in China in 1924. Subsequently, Chen and other Chinese CPC member students established the KMT Tokyo branch, providing a communication point, and launched Daitō Tsūshinsha, a publishing firm, which shared current information on Japan’s socialist movement with China.

Then, events in 1925 spurred Chen’s resolve to lead the life of a revolutionary. He was active both in the political sphere and in student affairs. In the spring of that year, he was responsible for amalgamating KMT branches across Japan to create one central KMT Japanese headquarters and also chaired the association of Chinese students in Japan. An unforgettable episode for Chen during those times was a picnic by the Tama River. One Saturday afternoon that spring, Takatsu Masamichi and other Japanese socialists gathered together with Korean and Chinese students, sharing a picnic at which they called for the overthrow of the bourgeoisie.

Chinese students in Tokyo quickly mobilized in support following news of the May Thirtieth Incident, which began as a protest after a Japanese foreman at Zaikabō, a Japanese-owned mill in Shanghai, shot and killed a protestor. Chen prepared a tract, “Informing the Japanese People of the May 30 Atrocity,” which was edited by Miyazaki Ryūnosuke (the son of Miyazaki Tōten, a supporter of Sun Yat-sen, the first leader of the KMT). The Shinjinkai (New Man Society), a Marxist-influenced student group at Tokyo Imperial University, arranged through Miyazaki, an alumnus, for Chen to speak. He gave a lecture denouncing imperialism before a 1,000-strong audience at the university’s Yasuda Auditorium.

The ties formed by Takatsu among the Japanese socialists, members of the KMT Japanese headquarters, and the Korean students led to the launch of a movement to call for opposition to Japanese military involvement in the KMT’s Northern Expedition, being led by Generalissimo Chiang Kai-shek.

The tensions between left and right factions in the KMT in China also affected its Tokyo branch. In support of the left-wing faction of the KMT, Chen withdrew from the Tokyo branch and returned to China in early 1926, joining the Communist Party in March. That winter, he began teaching politics at the Whampoa Military Academy in Guangzhou. Following Chiang Kai-shek’s coup d’etat against the Communists on April 12, 1927, though, Chen left the school and was forced underground in Guangzhou.

Chen subsequently fled to Hankou via Wuhan, and was instructed by Zhou Enlai, later the first premier of the People’s Republic of China, to travel to Manchuria to undertake party activities. On August 1, 1927, Chen joined the Nanchang Uprising, the Communist Party’s first armed engagement against the KMT, after which he traveled to Jiandao, near the border with Korea—ostensibly to work at a teachers’ training college​, but in fact working undercover for the Party. Then, in 1929, the CPC structure collapsed, and Chen just managed to escape to Dalian. Having lost contact with the Communists, Chen undertook independent political activities in Dalian.

From Dalian to Beijing

In Dalian, Chen Tao found work with the Tai Tong Jih Pao (Oriental Daily News), a Japanese-owned Chinese-language newspaper launched in 1908. After vice president and chief editor Iikawa Michio retired from the paper, Chen succeeded him as chief editor, overseeing political coverage. While he expanded its distribution and recovered its losses, he effectively used it as a tool for CPC propaganda​. Chen hoped that the Oriental Daily News could be the hub for establishing the Party organization in Dalian, but was arrested in February 1931 by Japanese consular police, and spent the next three years fighting his detention in court.

In 1935, Iikawa became manager of another publisher, Tōhō Inshokan, having gained publishing rights for elementary school textbooks for the East Hebei Autonomous Government, a Japanese puppet state in northern China from 1935 to 1938. Iikawa, originally from Fukushima, had graduated from Tokyo Higher Normal School before traveling to Qing China, where he taught science, mathematics and art until 1913 in Henan Province. He later moved to Manchuria, teaching at Chinese junior high schools before working at the paper. Leveraging his experience as a teacher to edit school textbooks, he sought the cooperation of Chen, who seized the opportunity to further his own ambitions in Communist activities in northern China. It seemed like the perfect place to undertake clandestine activities within Japan’s puppet state.

After the absorption of the so-called East Hebei Autonomous Government into the Provisional Government of China, Chen and his colleagues’ textbook-editing business was brought under the auspices of that government, and Chen moved to Peiping (renamed Beijing in 1949). There he was employed as deputy editor in the education assessment board of the provisional government, under an assumed name. He worked with Shimonaka Yasaburō at the publishing house Shinmin Inshokan. Shimonaka had previously managed Heibonsha, the publisher in Japan, which published the hit 28-volume encyclopedia Dai-hyakka jiten in the early 1930s, but failed to find success with subsequent works, and was driven into bankruptcy in 1935.

Shimonaka worked as a teacher in the 1910s and had been involved in organizing teacher campaigns, but enticed by the potential for a stable income, he moved into publishing. Following the Mukden (Manchurian) Incident, Shimonaka switched his allegiance to national socialism​, and endeavored to eradicate anti-Japanese​ sentiment through the elimination of textbooks delivering messages against Japan’s interests. Chen, meanwhile, engaged in “new nationalist” education, as proposed by the puppet government, despite his Communist Party membership. He also strived for the advancement of education in China, advocating the establishment of a law school at Peking University.

In 1942, Chen was arrested by the KMT after someone tipped off the authorities about his Communist Party membership. He was imprisoned in Peiping until 1944, during which time he drafted his Japanese-Chinese dictionary. Although this draft was lost, it was the start of his subsequent work in developing the dictionary.

After his release in October 1944, he returned to living undercover in Peiping. Then, following the defeat of Japan, he escaped to the liberated zone. From 1948, he participated in the communist People’s Government of North China, and following the founding of the People’s Republic of China in 1949, helped the government first in foreign trade and later in education. However, Chen’s relationship with the CPC was volatile. Although his membership was reinstated in June 1950, during the anticorruption Three-Anti Campaign, which began in 1952, questions were raised about his involvement in the People’s Government of North China, and his membership was revoked.

In 1954, Beijing’s University of International Business and Economics opened, and Chen was employed to teach Japanese. Then, from 1956, he dedicated his efforts to editing his Japanese-Chinese Dictionary. Zhang Jingxian, whom Chen married in 1941, had a Japanese mother, and had studied at a women’s teachers college in Nara, graduating in 1938. She taught Japanese at the same university, later becoming an instructor at Peking University.

Around the time of the dictionary’s publication, Sino-Soviet relations were worsening over issues of nuclear technology. Following the exit of Soviet scientists and educators from China in the 1960s, more Chinese students began choosing Japanese over Russian. But Chen was critical of the educational stance taken toward Japanese studies—which were then seen as little more than a vehicle for the sharing the philosophy of Mao Zedong with Japanese people. When the Cultural Revolution kicked off in 1966, Chinese intellectuals who had studied in Japan faced harsh criticism from the Red Guards, a mass student-led paramilitary social movement mobilized by Chairman Mao. Chen is quoted as saying that the Red Guards were more malignant than the Kenpeitai, the military police arm of the Imperial Japanese Army. He was banished to rural Henan Province, but managed to return to Beijing when he was 73, and his Party membership was restored in 1982.

In 1981, Chen visited Japan for the first time in 55 years. More than anyone else, he hoped to be reunited with Shimonaka Yasaburō and Takatsu Masamichi. Takatsu, who had been an observer at the formation of the Provisional Central Executive Committee of the Communist Party of Japan (essentially the founding of the JCP) on April 24, 1921, maintained his leftist leanings even after leaving the party. After the end of the war, as a parliamentarian for the Japan Socialist Party, he took part in negotiations for normalization of Japanese relations with China and the Soviet Union. During the 1930s, he had eked out a living while editing the Dai-hyakka jiten for Heibonsha, giving him much in common with Shimonaka. Takatsu’s eldest daughter also worked for Heibonsha, and her husband was engaged in trade with China.

Both Japan’s and China’s Communist Parties celebrate their centenaries in 2021. Although the JCP officially considers July 15, 1922, to be its founding date, this is merely a fable created by its first chairman, Tokuda Kyūichi. The JCP is considered the ideological origin for Takatsu and other left-wing proponents of the former Socialist Party. The tumultuous 100-year history of these two parties has brought together people from many walks of life, regardless of official party views.

(Originally published in Japanese. Banner photo: Memorial for the Chinese students who perished in the 1923 Great Kantō Earthquake, at the temple Rinshōin in Yushima, Tokyo. There were roughly 10,000 Chinese students in Japan at the peak, around 1905–8. Their number declined following the successful overthrow of the Qing Dynasty, but even in 1923, around 2,000 Chinese were studying in Japan. © Nippon.com.)