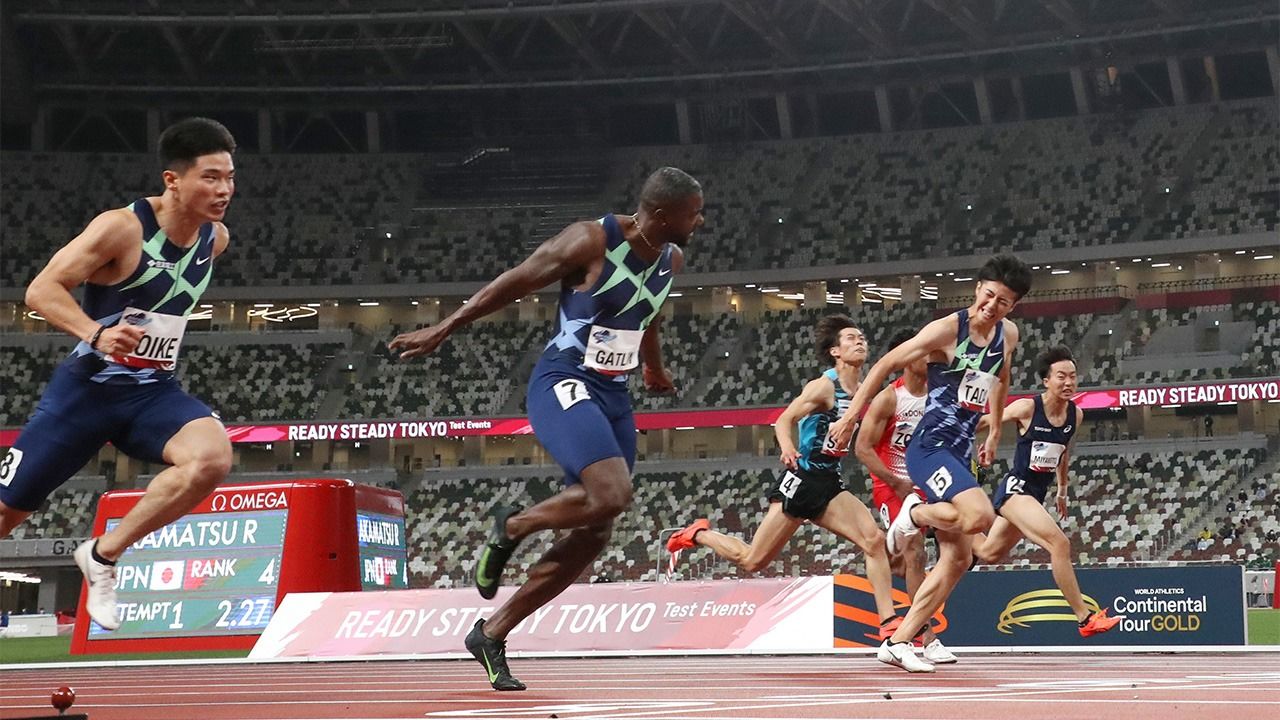 Privilege and the IOC

Sports Tokyo 2020 May 28, 2021
US pharmaceutical manufacturer Pfizer has agreed with the International Olympic Committee to donate COVID-19 vaccines for athletes participating in the Tokyo 2020 Olympic and Paralympic Games. Many are critical of the decision to allow Olympic competitors to jump the line in a country where the majority of the population has yet to be vaccinated, in a display of privilege that has only served to further widen the gulf between the IOC and public opinion.

The news that the IOC had procured vaccines for the Olympics broke on the night of May 6, as Japanese authorities debated whether to extend the state of emergency in Tokyo and other prefectures. The IOC said that it aimed to administer two doses to all athletes between late May and the opening ceremony on July 23. According to Olympic Minister Marukawa Tamayo, around 1,000 athletes and around 1,500 managers and coaches from the Japanese Olympic delegation are eligible for the vaccine. While it is still unclear how many overseas athletes are eligible, it is likely that these athletes will be vaccinated before arriving in Japan.

In a statement, IOC President Thomas Bach said, “This donation of the vaccine . . . [will] help make the Olympic and Paralympic Games Tokyo 2020 safe and secure for all participants,” adding that, “By taking the vaccine, they can send a powerful message that vaccination is not only about personal health, but also about solidarity and consideration of the well-being of others in their communities.”

Vaccinating athletes to keep them safe is all well and good. However, describing this measure as a show of solidarity with Japanese hosts is incongruous. Low public support in Japan for the games has not increased one iota, which is worrying for the IOC. I believe it has calculated that if Japan continues to see a high rate of infections, resulting in increased criticism of the Olympics, the very fate of the games could be in jeopardy.

A wide gulf exists between Olympic organizers and the Japanese people, and there has been criticism of the organizing committee’s request for the Japanese government to send 500 nurses and 200 doctors to the games at a time when the local health system is overstretched. In the current state of affairs, the Olympics cannot automatically be given preferential treatment. For their part, Japan’s Olympic team members also appear hesitant at the prospect of being vaccinated before the general public.

After competing in a May 9 test event at the Tokyo Olympic Stadium, long-distance runner Niiya Hitomi said, “It’s really unfortunate that this is coming across as a case of special treatment for athletes. Every life has equal value. I don’t think the vaccine should have been restricted to Olympic athletes.”

There has been a slogan of putting “athletes first” during the build-up to the games, but giving competitors preferential access to the vaccine results in a distortion of this principle. Also frightening is the way the public have begun to vent their frustration at athletes. Swimmer Ikee Rikako, who was selected to lead the Japanese delegation after recovering from leukemia, has revealed that she received calls on social media to pull out of the games. The swimmer responded to her critics by tweeting, “It is unsurprising, and only natural, that so many people are calling for the games to be cancelled. However, even if some people want me to express my opposition, I can’t change anything.”

Who Owns the Olympics?

The IOC is a giant international sports organization whose membership comprises 206 countries and regions. However, while the IOC may have more members than the United Nations, at the end of the day it is still just another nongovernmental, private-sector organization. During the COVID-19 pandemic, pharmaceutical companies have generally allocated vaccines on a country-by-country basis, under agreements between the pharmaceutical company and the country in question. The donation of vaccines to the IOC outside this framework was therefore a very irregular step.

During a visit to the United States in mid-April, Prime Minister Suga Yoshihide held a teleconference with Pfizer CEO Albert Bourla, in which Bourla proposed that the company donate vaccines to the respective Olympic delegations. This at a time when COVID-19 is killing thousands each day in India and elsewhere. One has to ask, as the pandemic continues its global spread, is the Olympics really so special an event to justify giving it vaccines?

In the first chapter of his book The New Lords of the Rings: Olympic Corruption and How to Buy Gold Medals, which is entitled “Who owns the Olympics?” British journalist Andrew Jennings writes that while many believe that the Olympics belong to everyone, the IOC actually owns it.

The Washington Post recently published an article critical of the IOC in which it described Thomas Bach as “Barron Von Ripper-off” and said that he has a bad habit of “ruining” host countries. It adds that as a mutant strain wreaks havoc, prompting debate within Japan as to whether the games can go ahead, the IOC is forcing Japan to bear the risk of holding the games.

The IOC and US broadcaster NBCUniversal have signed agreements worth $12 billion covering the rights to all Olympic tournaments from the 2014 Sochi Winter games through to the 2032 Summer Olympics. It is this enormous sum that supports the IOC financially. However, if the Tokyo games are cancelled, the IOC may have to refund the money and/or incur losses. I believe this is behind the IOC’s refusal to face up to the reality of Japan’s coronavirus situation, instead declaring that the Games will go ahead no matter what.

Thomas Bach was supposed to be in Japan on May 17 and 18 to coincide with the Olympic flame’s procession through Hiroshima. However, with public criticism of the games unabated and Japan’s state of emergency extended, the visit was called off.

When asked in a May 7 press conference whether it was acceptable to have an “Olympics of privilege” in which athletes had preferential access to vaccines, despite the fact that a large number of elderly residents were still waiting to be vaccinated, organizing committee President Hashimoto Seiko said that she understood that some people felt it was wrong that athletes were being vaccinated first when many more vulnerable members of the community have yet to receive the vaccine, but stressed that, “by ensuring the safety of the athletes, we help ensure the safety and security of the Japanese people.” However, it is inconceivable that the vaccination of athletes will serve to immediately reassure the public, and with preparations beset by major delays, significant causes for concern still remain.

After consultation with the IOC and other stakeholders, the organizing committee was supposed to agree by the end of April whether to restrict domestic spectators at venues. However, the outbreak of a new mutant strain and the state of emergency led this decision to be postponed until June. Hashimoto says she understands that the decision may be an eleventh hour one and that it is possible that no spectators will be allowed. If this is the case, the games will take place completely isolated from the outside world. To prevent the spread of COVID-19, athletes will have to stay in their own bubble, and will be permitted to travel only between the venue and the Olympic Village.

Sport is part of society. Many top athletes got their start through various forms of assistance from sporting organizations in their local communities and at school and university. Professional sport is also supported by fans. As the pinnacle of elite sportsmanship, the Olympics needs to remember how it got where it is today. It does not matter how many times we are told this is going to be a “safe games,” a “testament to victory over COVID-19,” or a source of “courage” and “hope.” If the Olympics becomes an event set apart from people’s lives, the public will not support it. The Olympic Games represent a valuable cultural heritage passed down from generation to generation, not the property of a privileged class. If those who have distanced themselves from the event are to be wooed back, now, more than ever, the Olympics must show that it understands how it is connected to the rest of society and heed public opinion.

(Originally published in Japanese. Banner photo: On May 9, a test event for the Tokyo Olympics was held at the Tokyo Olympic Stadium. The men’s 100 meters was won by 2017 world champion gold medalist Justin Gatlin, second from left, of the United States in a time of 10.24 seconds. Tada Shūhei, second from right, came in second at 10.26 seconds. © Jiji.)