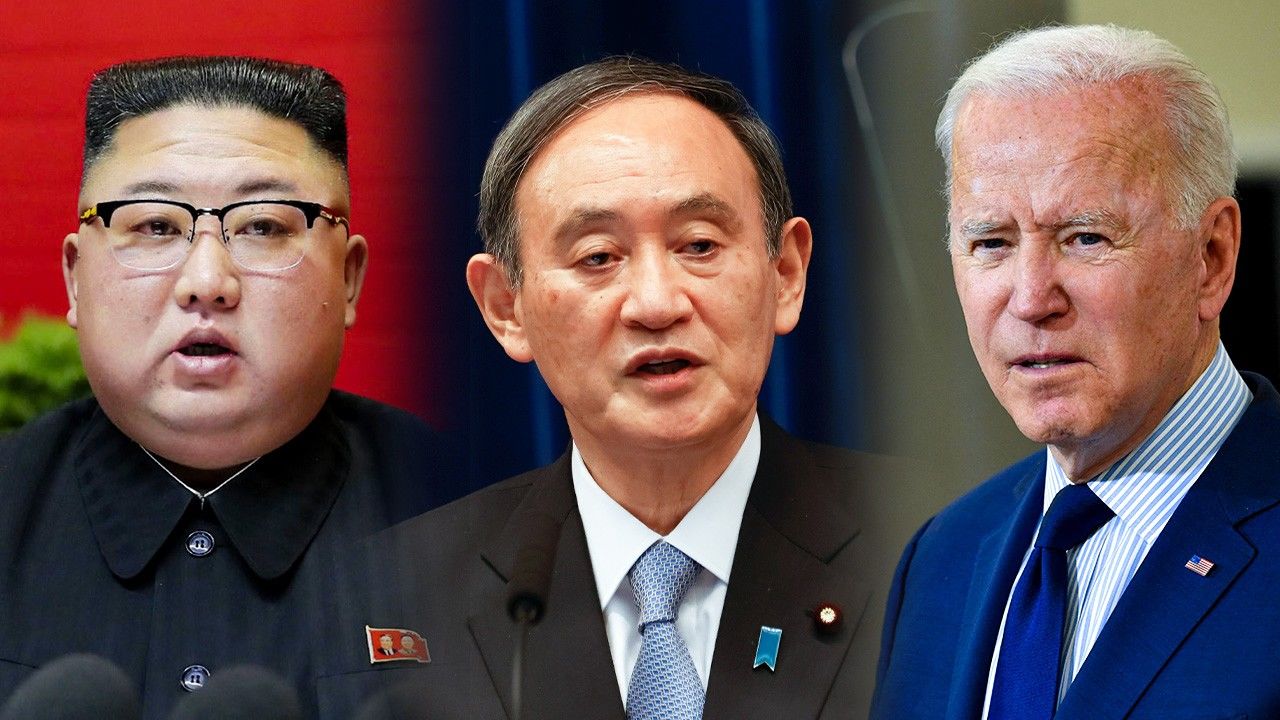 Politics World History Jul 7, 2021
Going by this May’s US-ROK summit, the prospects for a substantial improvement in US relations with North Korea are not high. Now is, nevertheless, the perfect time for Japan to reinvigorate diplomatic engagement with Pyongyang. Kim Jong-un’s announced reforms present Tokyo with a rare opportunity to make progress on the abductees, potentially ensuring that the issue will retain its political salience in the years ahead.

A Spike in Tensions with the North

The breakdown of the Hanoi summit talks between the United States and North Korea in February 2019 dashed hopes for improved relations during the remainder of President Donald Trump’s administration. North Korean antipathy toward America has only deepened since then, and at this January’s Workers’ Party Congress, Kim Jong-un went as far as describing the United States as North Korea’s “greatest enemy.”

Nevertheless, the newly inaugurated administration of President Joe Biden announced in the same month a new diplomatic approach toward North Korea that departs from Trump’s transactional style. Instead of searching for a grand bargain, the Biden White House said it would pursue a bottom-up diplomatic approach focused on making “practical progress.” Key administration officials also expressed reservations about the provisions and language contained in the joint statement agreed to by Trump and Kim Jong-un at their June 2018 Singapore Summit. In particular, they rejected commitments “to work toward complete denuclearization of the Korean Peninsula.” This is North Korea’s preferred language, as it requires South Korea to move out from under the United States’ nuclear umbrella in addition to North Korean nuclear disarmament. The Biden administration’s announcement that it would revert to emphasizing “denuclearization of North Korea” earned it a rebuke from Pyongyang, which rejected out of hand any possibility of unilateral disarmament.

More was to come during this year’s North Korea Freedom Week, beginning in April. State Department spokesperson Ned Price released an official statement saying that the United States was “appalled by the increasingly draconian measures the regime has taken, including shoot-to-kill orders at the North Korea–China border, to tighten control of its people under the guise of fighting COVID-19.” Price also said that the United States would “work with the United Nations and likeminded allies to promote accountability for the Kim regime.” North Korea hardened its attitude further in response, with a Foreign Ministry spokesman accusing the United States of having “committed a grave political provocation that denigrates even the dignity of Supreme Leader Kim Jong-un.”

Lip Service in Exchange for Cooperation on China

The US-ROK summit was held on May 21 among these heated tensions. However, the resultant joint statement notably readopted the phrase “complete denuclearization of the Korean Peninsula” and announced that both the United States and South Korea would pursue diplomacy and dialogue with North Korea based on past commitments—such as those contained in the June 2018 Singapore Joint Statement and the April 2018 Panmunjom Declaration between the leaders of North and South Korea. South Korea and the United States also showed Pyongyang consideration by omitting the phrase “complete, verifiable, and irreversible denuclearization,” which had been so fiercely opposed by North Korea in the past.

The United States agreed to such linguistic compromises in the run-up to the summit primarily out of consideration for the South Korean side. With less than a year remaining in his presidency, President Moon Jae-in is under pressure to make promised progress in inter-Korean relations. Biden paying “lip service” to Moon’s goals is one way the United States can secure a more proactive South Korean attitude toward administration efforts to contain China. Another form of lip service was Biden’s announcement following the summit that Sung Kim, acting assistant secretary of state and the senior official in the Bureau of East Asian and Pacific Affairs, would take on the role of special envoy for North Korea explicitly for the purpose of engaging North Korea “through diplomacy.”

On May 31, however, a commentary released by the DPRK criticized the proceedings of the US-ROK summit and made it clear that there had been no change in its view that the United States was its greatest enemy. As it is, North Korea has recently made little mention of the Singapore agreement and has overall expressed indifference to the Panmunjom Declaration coordinated with the Moon administration. It seems to be demanding a new approach that departs from existing agreements.

For North Korea, the most problematic aspect of the summit’s joint statement was its omission of any mention that the United States intended to end its hostile policy toward North Korea and forgo regular joint military exercises with South Korea. North Korea was also antagonized by the statement’s emphasis on the need for “the full implementation of relevant UN Security Council resolutions” against North Korea, and the agreement by both countries “to work together to improve the human rights situation in the DPRK.”

The raising of human rights issues is particularly sensitive for North Korea, and the government responded by labeling it “blasphemy” against North Korea’s political system and its leader. Human rights were not mentioned at the US-ROK “two plus two” ministerial talks on foreign and defense policy in March this year, and North Korea therefore likely interprets this disapproval of the regime’s human rights in the May joint statement as constituting the continuation of America’s “hostile policy”—despite America’s initial intentions and the careful crafting of language in the US-ROK joint statement. North Korea, instead, likely concluded that the United States had effectively rejected its demands.

Economic conditions in North Korea currently appear to be in freefall due to the combined effects of tough UN sanctions and the sealing of the border due to COVID-19. A sense of crisis and fear for the regime’s survival has focused Kim Jong-un on reforming North Korea’s rigid state machinery to ensure the survival of the country for the next 30 to 40 years, even if improved relations with the United States remain out of reach.

Following the eighth Congress of the Workers’ Party of Korea in January this year, the DPRK government announced specific initiatives hinting at a major shake-up in North Korea’s political system. The establishment of an anticorruption organization modeled after China’s Discipline Inspection Committee was announced, and there are signs that the military, which has until now operated independently from the civilian sector, will also be expected to contribute more to the national economy.

Of particular interest is Kim’s announced program to “tackle vested interests” by cutting into the privileges of “special agencies.” While it is not completely clear which agencies come under this designation, the term likely covers (1) the Ministry of State Security, North Korea’s secret police organization; (2) the General Political Bureau and General Staff Department, which supervises the Korean People’s Army; (3) the Reconnaissance General Bureau, which is involved in espionage training, infiltration, intelligence gathering, and sabotage; and (4) the United Front Department of the Workers’ Party of Korea, an organization focused predominantly on conducting influence operations in South Korea. These are all organizations responsible for the conduct of “special duties” seen as indispensable for the regime’s maintenance of power. These agencies have accumulated considerable authority over time and a massive vested-interest structure has formed around them.

Kim Jong-un seems to appreciate the need to focus his government and these organizations on the requirements of the national economy while also making efforts to restore the functions of cabinet-based governance. Many of these organizations were established during his father’s and even his grandfather’s regimes, and Kim seems to regard them as a throwback to an old way of doing things and an impediment to the DPRK’s economic revival due to their irrationality and inefficiency. While richly symbolic and a potential gold mine, Kim Jong-un cutting into the special interests of these special duty agencies could, however, majorly affect his own power base.

Japan Must Reinvigorate its Diplomacy with North Korea

The abductees and their families are aging. The father of Yokota Megumi, Yokota Shigeru, unfortunately passed away last year after devoting the second half of his life to getting back his abducted daughter.

While fault for slow progress on the abductee issue obviously lies with North Korea, Japanese expressions of its “unwavering resolve” and willingness to “spare no effort” in making the abductee issue a top priority are ultimately fruitless if North Korea is unwilling to enter negotiations.

The Japanese government is currently preoccupied with COVID-19 to the degree it cannot focus on North Korea issues. Without action, however, the abductee issue could fade away, much to North Korea’s satisfaction. If so, might these victims become a taboo topic that can’t be touched upon in Japanese politics? To avoid this, the Japanese government needs to not only reiterate its own position on the issue, but also carefully listen to North Korea’s assertions.

To some degree, Kim Jong-un is trying to distance himself from the negative legacies of the past. Within the organizations in his reform sights are the very special-duty agencies fingered as responsible for the abductions by Kim’s father in 2002. Kim Jong-il then noted that factions within these agencies perpetrated the abductions out of “blindly motivated patriotism and misguided heroism.” This seems like an auspicious time as any to seek a breakthrough on the abductee issue.

It is unlikely to be straightforward, and as COVID-19 challenges persist, it will be difficult to engage in face-to-face talks. When dealing with North Korea, however, we need to take advantage of any small opportunity presented. One practical approach could be to engage Chongryon (the General Association of Korean Residents in Japan) to facilitate informal communications.

One of Chongryon’s functions is to serve as North Korea’s de facto embassy in Japan. While under significant scrutiny and surveillance in Japan, and often the target of significant public antipathy, Chongryon is nevertheless a reliable connection to North Korea. It is well-versed in Japan-DPRK affairs and there have been signs in recent years that the North Korean government is asserting even greater influence over the organization. Given the future uncertainties surrounding COVID-19, I think it is time to pursue the Chongryon route for reinvigorating Japan-DPRK diplomatic engagement.