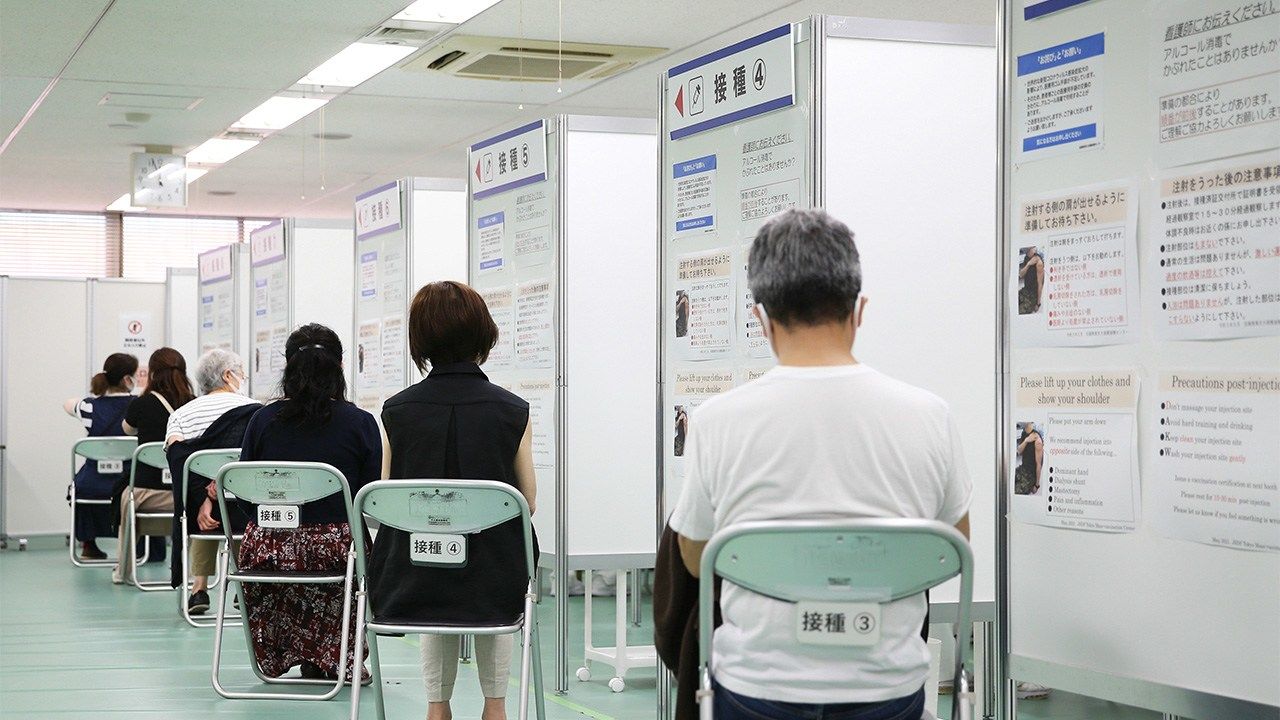 COVID-19: What the Media Doesn’t Tell You

Politics Health Tokyo 2020 Aug 30, 2021
Kimura Moriyo, a doctor and former technical officer at Japan’s Health Ministry, is critical of the Japanese media’s sensational treatment of the COVID-19 pandemic, and says we should be focusing on the numbers of serious cases, rather than total infections. Kimura made waves recently with a book wondering whether COVID-19 was that serious of a threat after all. 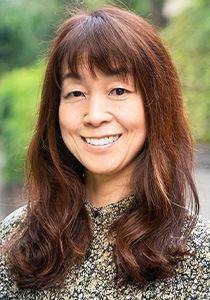 Doctor and author. A graduate of Tsukuba University’s School of Medicine and Medical Sciences, Kimura also holds a master’s degree in hygiene and public health from Johns Hopkins University, where she was a recipient of the Delta Omega scholarship. After working as a project coordinator at the US Centers for Disease Control and Prevention, she went on to chair the Japan Anti-Tuberculosis Association, and later to serve as a technical official at the Ministry of Health, Labor, and Welfare. She is currently the director of the Public Health Institute.

Daily Case Numbers Only Tell Half the Story

“COVID-19 could in fact be described as a new variety of cold,” claims Dr. Kimura Moriyo. “It’s a seasonal virus that becomes more prevalent in winter, then less prevalent in summer. The main symptoms of the Delta variant first identified in India are a runny nose and a headache. Through the process of mutation, the COVID-19 virus has become less potent in order to boost its chances of survival. As COVID-19 becomes more and more like the common cold, we are seeing a dramatic decrease in the number of patients who lose their sense of smell or experience similar symptoms. The percentage of patients developing serious symptoms is also likely to fall.”

Kimura, the author of, Shingata korona, hontō no tokoro dore dake mondai na no ka (How Big of a Deal Is COVID-19 Really?), cautions against becoming emotionally invested in daily case numbers.

“For elderly patients, infection with COVID-19 is a serious matter. However, the spread of the infection and the increase in serious cases are completely separate issues. People in their twenties make up the largest group of patients, and most of these will have mild symptoms or no symptoms. It is those in their eighties who are most likely to die. When presented with daily statistics, we tend to fixate on the number of new cases of COVID-19. In fact, we should pay more attention to the increase in the number of patients with serious symptoms rather than the total number of cases.”

Kimura advocates an approach of living with the disease, rather than trying to eliminate it, and says that we should consider the socioeconomic implications of the steps we take. In May, the Cabinet Office said that Japan’s real GDP fell 4.6% in 2020, representing the largest drop since 1995, the earliest year with which accurate comparison is possible. 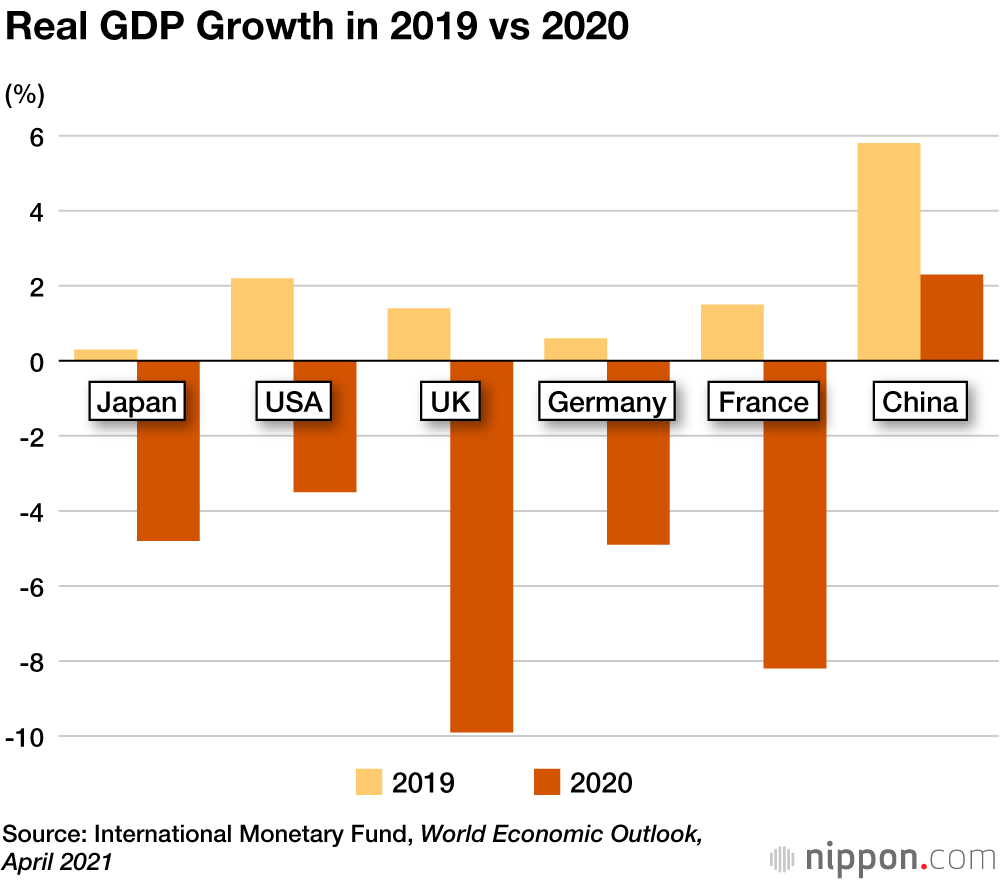 Kimura is concerned about the effects on the Japanese economy. “The numbers of both total cases and deaths have been far lower in Japan than in the West. Why, then, has Japan’s GDP fallen so dramatically? The socioeconomic impact of the pandemic has been grossly disproportionate to the impact of the disease.” 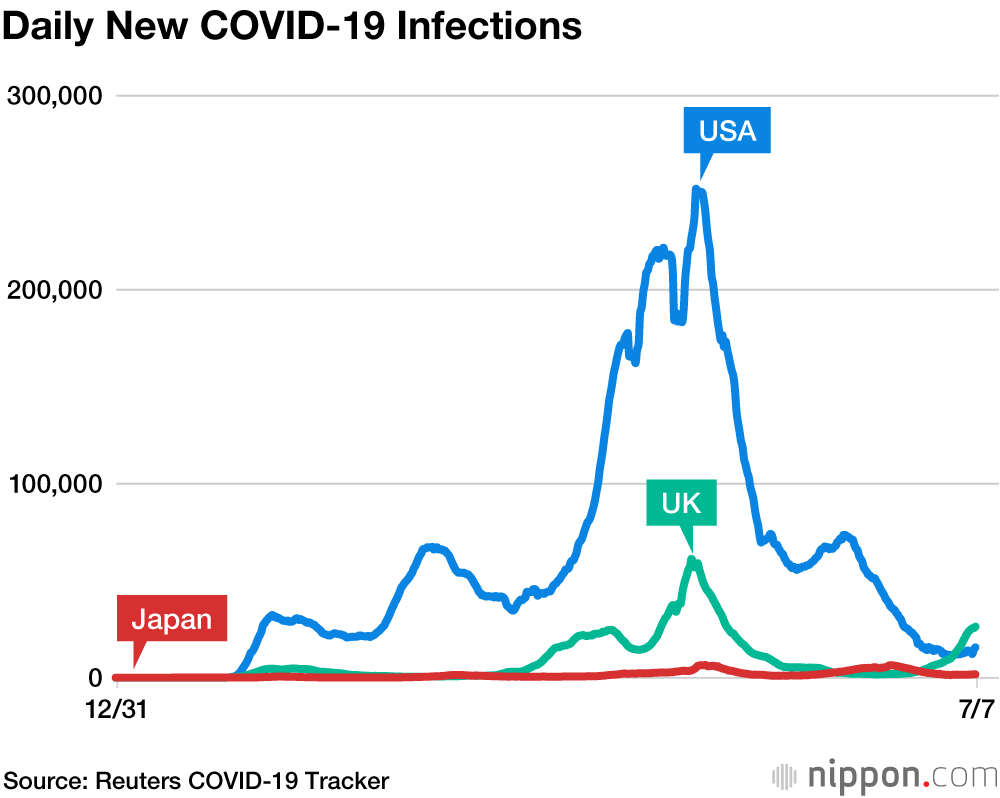 “In the space of one year we lost 10,000 lives to COVID-19. Meanwhile, we lost 20,000 lives to suicide in the same period, after the suicide rate rose for the first time in eleven years. Unemployment will continue to rise. If businesses continue to use up their reserves and go to the wall, unemployment will continue to rise, which will lead to more suicides. There is a correlation between the two statistics. While the recovery seen in Western economies cannot quite be described as ‘V-shaped’, these societies have begun moving toward a post-COVID world. I don’t think the Japanese fixation with eliminating the virus should be allowed to cause socioeconomic stagnation.”

With the Tokyo Olympic and Paralympic Games taking place this summer, many have been concerned that the influx of athletes and media representatives from around the world could cause a runaway spread of infections. Kimura has this to say.

“Seasonally speaking, I don’t think we will see such a significant increase in infections, although we have no control over temperature or humidity. If we do see an increase in cases in Tokyo that puts the health system under stress, caring for patients in a serious condition will become imperative.”

She looks to the situation earlier in Europe for hints as to how to proceed.

“Of Japan’s 4,921 beds reserved for patients with severe COVID-19 infection, only 19 percent, or 942 beds, are in use [according to NHK, as of June 23]. While some say it’s impossible to transfer those in serious condition to other hospitals, I believe that these patients could be transported using the Self Defense Force’s fleet of ICU-equipped helicopters. When Italy’s health system collapsed, Germany accepted patients from Italy. Japan is a small country and we should be able to transport patients with serious symptoms around the country.”

To that end, Kimura advocates a reshuffle of the government’s pandemic response subcommittee, which she says should be dominated by “surgical and emergency medicine experts and professionals otherwise able to issue orders regarding the care of patients in a serious condition.” 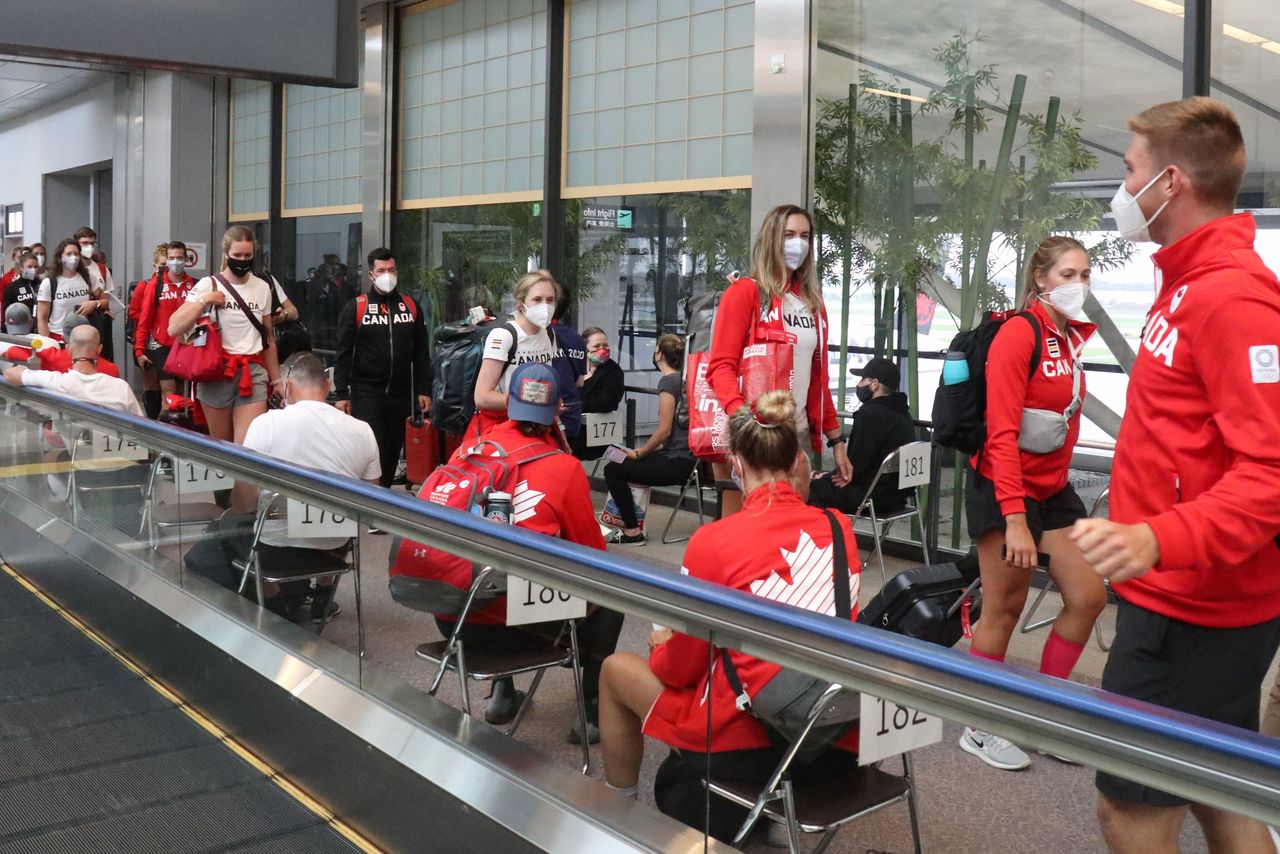 Many are also concerned that the influx of visitors from around the world could cause a new Japanese mutation to arise in Tokyo.

“That is a possibility,” she agrees, “as COVID-19 mutates readily. The virus shifts so that it can spread more effectively, though. Naturally, as the virus becomes more infectious, it also becomes less lethal, so an increase in total cases will not translate into a significant increase in serious cases.”

For a country that was slated to host the Olympic Games, Japan was very late to start immunizing against COVID-19. This was because, unable to develop a vaccine locally, Japanese authorities were entirely reliant on other countries for vaccines. So why did Japan not make a serious attempt at vaccine development?

Kimura explains: “Before the 2009 swine flu pandemic, the received wisdom globally was that there was no money to be made in vaccines. However, the swine flu pandemic taught Western nations and China all too well the importance of vaccine risk management, and these countries jumped into the field. The countries that successfully developed vaccines against COVID-19 have invested 100 times more money than Japan in this area of research. The Japanese government didn’t invest in vaccine development or other basic research, so we were lagging when COVID-19 came along.”

A string of court cases in Japan since the 1980s over adverse reactions to vaccines caused domestic pharmaceutical companies to abandon their vaccine development programs, one by one.

“The pharmaceutical firm Shionogi has consistently performed research into infectious diseases and has done more work in vaccine development than any other Japanese company. In Japan, both scientists and pharmaceutical manufacturers have the ability to develop vaccines. However, to determine a vaccine’s efficacy and adverse effect profile, you still need to conduct clinical trials with somewhere on the order of 20,000 participants, as Pfizer did. Here, that’s not possible. Japan will never, ever develop a successful vaccine as long as it is unable to conduct clinical trials with 10,000 or more participants, as is standard overseas.” 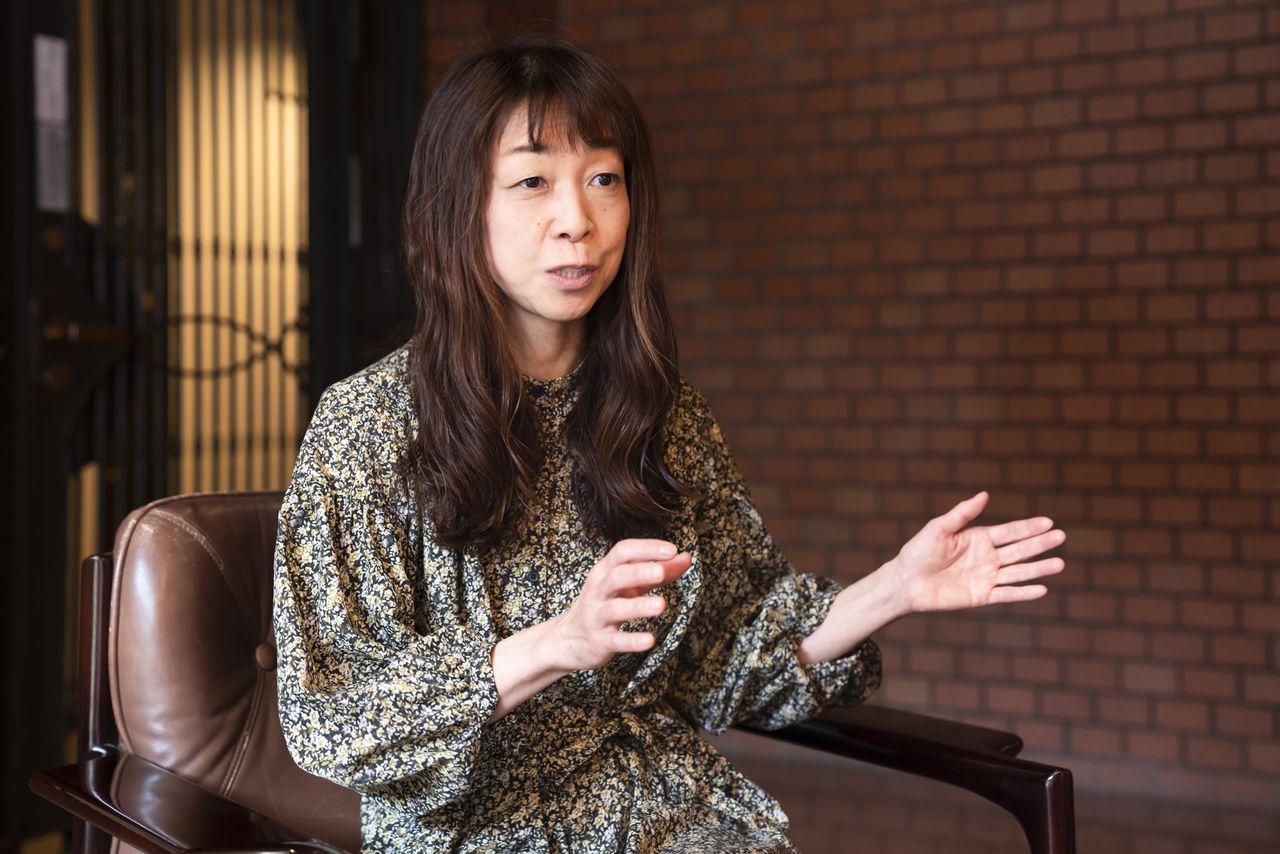 Kimura explains that some Western nations utilize a system not available in Japan to perform clinical trials.

“In the United States, cohorts numbering in the millions of people, including military veterans, nurses, and cancer patients, participate in clinical trials, either on a voluntary basis or for money. The trial administrator separates the participants into a group that receives the vaccine and another group that does not, and monitors their progress.”

The case of Britain also highlights the need to change attitudes in Japan.

“Britain performed human challenge trials, in which up to ninety healthy subjects aged between 18 and 30 were placed in isolation and purposely infected with COVID-19 in a safe location to determine the quantity of virus required to achieve infection, and to identify which viruses COVID-19 was similar to in terms of immune response. Do that in Japan and you will get accused of using people as guinea pigs.”

What does Japan need to do in order to be able to develop its own vaccine, then?

“The concept of clinical trials is well established in Western countries, as well as in China and India. It’s through these trials that these countries were able to develop their drugs. Japan, on the other hand, has never conducted a major clinical trial. There’s no Japanese governmental organization, laboratory, university, or pharmaceutical company able to carry out a large trial along these lines. The main reason that Japan is so far behind in vaccine development is the government’s lack of resolve. To prepare for future pandemics, we need strong leadership from the government more than anything.”

Just Another Type of Cold?

Kimura gives her prediction for the future of COVID-19.

“Papers are being published overseas that predict that in ten years’ time COVID-19 will be just another cold. There are currently four varieties of flu virus, and it is likely that, eventually, COVID-19 will be considered as something like a fifth type of influenza. For the time being, the middle-aged and elderly will have to undergo regular annual immunizations. Because the virus mutates, it’s likely that, as happens with the flu, each year, different variants will be combined when creating the COVID vaccine.”

(Originally published in Japanese based on a June 24 interview. Banner photo: Residents wait to be vaccinated at a Self Defense Force mass-immunization center after the minimum age of vaccination was lowered. © Jiji.)