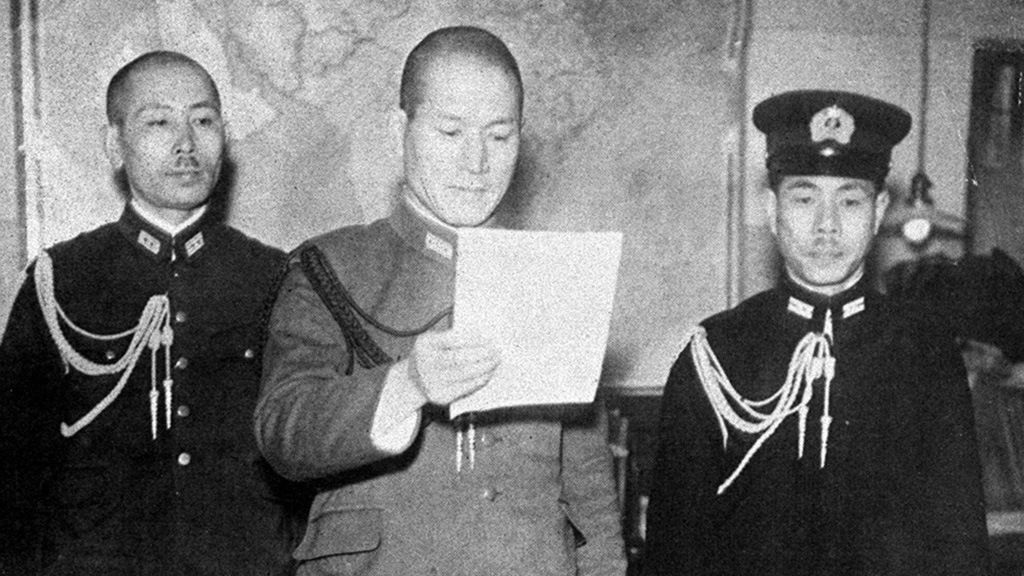 Information We Can Trust? The Lessons of Japan’s War-Era IHQ for Today’s Media

Politics Society History Sep 8, 2021
During the Asia-Pacific War, the Imperial General Headquarters (IHQ)—the Japanese military’s overall command organization—was responsible for reporting the results of the war to the public. Its announcements initially reported objective facts, but as the wartime situation deteriorated, they increasingly conveyed gross distortions of reality to the public—a sign of the dangers of bureaucratic sectionalism and close relationships among government, military, and media.

In Japanese, the term daihon’ei happyō is often applied to self-serving and dubious pronouncements by the authorities. Literally meaning an “announcement from Imperial General Headquarters,” or IHQ, the term still has considerable contemporary currency. For example, assertions by the Ministry of Economy, Trade, and Industry and Tokyo Electric Power Co. that nuclear power remained safe even after the 2011 Fukushima Daiichi Nuclear Power Plant accident were lambasted as daihon’ei happyō. The Japanese government’s optimistic insistence that the Tokyo Olympics and Paralympics could be held safely in 2021 during the unfolding COVID-19 crisis was similarly condemned. Mainstream media outlets in Japan are also often criticized as being enablers of IHQ-like deception by societal authorities, due to the perceived closeness of their relationships with their corporate sponsors—providers of advertising revenue—and the government, which grants their broadcasting licenses.

So, what exactly is a daihon’ei happyō, or IHQ announcement? Originally established during the Meiji period, the Imperial General Headquarters was tasked with unifying wartime military command under the supervision of the emperor. Beginning with the Sino-Japanese War that started in November 1937, and continuing to the end of the Asia-Pacific War August 1945, the IHQ also gave the public updates about the war situation.

However, as the military situation worsened for Japan, the more absurd the IHQ’s emphatic insistence that Japan was winning, became. The Japanese media uncritically repeated the IHQ’s fabricated reports, many which had a salient impact on public sentiment. This dark side of Japan’s media history is why the term is still used today.

Every country downplays defeats and exaggerates victories to boost the morale of its soldiers and citizenry. Militaristic governments in particular are known to make extensive use of propaganda. However, the bogus information disseminated by the Japanese authorities during World War II was on another level.

Let’s look at some concrete examples. During the Asia-Pacific War, IHQ announced that the Japanese military had sunk 43 Allied battleships and 84 aircraft carriers. However, Allied forces actually only lost four battleships and 11 aircraft carriers, meaning that the authorities exaggerated losses by over 10 times and 7 times, respectively. Japanese losses, on the other hand, shrunk from 8 battleships to 3, and from 19 aircraft carriers to 4, in IHQ dispatches. Adding in the underreported damage suffered by smaller vessels such as cruisers, destroyers, submarines, transport ships, and aircraft, and the losses of ground troops, the distortions of reality reached absurd heights.

IHQ distortions also extended to the expressions used to describe operational outcomes. A retreat by a military unit was labelled tenshin, or “changing course in order to advance.” If that unit was annihilated, it was described by invoking the idea of gyokusai, or a heroic defeat resembling a gem shattering into pieces. The “heroics” of the tokkōtai special attack units, often called “kamikaze,” were extensively narrated in a similarly spectacular fashion, while disastrous ground battles were waved away in just a few lines in IHQ reports. Damage caused by the American air raids on the Japanese mainland later in the war was described as “minor,” with damage perpetually “under investigation” by official survey teams.

As the war situation deteriorated, pronouncements by the IHQ eventually degenerated into hollow compositions dictated by military bureaucrats. By the end of the war, the Japanese public—who had initially been behind the military—no longer believed anything coming from IHQ.

The Media as a Military Subsidiary

Why were IHQ announcements replete with such distortions? There are four possible reasons. The first relates to organizational discord. Despite its original purpose as a control tower for unifying wartime command, the IHQ was undermined by the ever-present division in prewar Japan between the Imperial Army and Navy. While the emperor was constitutionally the generalissimo of the Japanese Armed Forces, he only acted nominally as Japan’s commander-in-chief during wartime.

The rivalry between the Army and Navy was not the only cause of discordance. The military’s administrative agencies (the Ministry of War and Ministry of the Navy) and command agencies (Imperial Japanese Army General Staff Office and Imperial Japanese Navy General Staff) were also frequently at odds with each other. Furthermore, within the command organizations, operations and intelligence sections often did not see eye-to-eye.

Since IHQ announcements were the highest-level official communications of the Japanese military, they required sign-off from various agencies. Due to sectional interests, however, any actor wanting to announce the factual details of a defeat would be countered by another who would argue that such an announcement would “lower the morale of the Japanese people.” The press department in charge of drafting up these announcements had little actual authority, meaning that those responsible for communicating to the public were pulled in different directions by conflicting opinions and interests. As a result, communications tended to be self-serving and equivocal, compromised as they were by rampant sectionalism.

A second reason relates to the Japanese military’s general neglect of acquiring factual information for decision-making purposes. The results of air and naval battles, including the degree of damage suffered, were not investigated in any systematic way. With no surveillance satellites like the contemporary era, the Japanese military relied solely on pilot reports.

As long as Japan maintained air superiority, this was not such a major problem. As the war progressed, however, the Japanese navy and air wings became outmatched, pilots’ skill levels decreased, and the survival rate declined. Relying on pilot reports, therefore, greatly reduced over time the accuracy of the information collected. At no point did field commanders or IHQ decide to take a different approach to assessment. In fact, officials burdened by expectations of victory increasingly filed exaggerated field reports, which were often swallowed whole without further examination. The more dire the wartime situation became, the worse the exaggerations.

A third reason was simply because the war situation deteriorated as quickly as it did. When the Japanese military was winning, there was no need to fabricate results. However, this dramatically changed in 1943, when the gap in military capability between the American and Japanese militaries became particularly pronounced. Disagreements and conflicts among the different sections accelerated as losses piled up, and friction around public communications increased. These losses also compromised the information coming from the field, and the IHQ began to substitute accurate reports with wishful thinking. Wartime deterioration essentially brought to the surface the pre-existing organizational deficiencies of the Japanese military.

To be clear, Japanese mainstream media outlets were not always subservient to the military in prewar Japan. Against the backdrop of Japan’s experiment with democracy during the Taishō (1912–26) and early Shōwa (1926–89) eras, and post–World War I idealism and emphasis on global arms control, newspapers were frequently critical of the military and its actions.

The Manchurian Incident in September 1931, however, was a critical turning point. Hoping to get scoops through exclusive access, many media outlets sent their reporters to the Asian mainland. The military seized on the opportunity to curry favor with these organizations. This mutually beneficial relationship only tightened when the Sino-Japanese War broke out in July 1937. Threats of censorship and restrictions on printable stories were also used to discipline media outlets not initially convinced by the military’s enticements to provide favorable coverage.

The Japanese military therefore found it increasingly easy to manipulate the domestic media, and these outlets became willing collaborators in the Asia-Pacific War. Ultimately, there was no one left to monitor military abuses and demand accountability.

Accountability and the Media in the Modern Era

What can we learn from this history? The most important lesson for the contemporary era is the dangers of media being too closely tied to authority or dependent on access to powerful societal actors. Recently there has been frequent criticism of the mainstream media throughout the world. Focus has been placed on the vested interests and distinct values media organizations possess, and how they skew the coverage of important events. This criticism is indeed valid to a certain extent. But at its core, this criticism must urge the media to do its part to monitor those in authority and their uses of power. The mainstream media needs to be reminded why it used to be regarded as the “fourth estate” alongside the legislature, the executive, and the judiciary in democratic politics.

Some may feel that expecting the media to hold authority accountable is an old-fashioned and perhaps obsolete idea belonging to a textbook. However, it is precisely these people who need to be made aware of the history of daihon’ei happyō in Japan. Bureaucratic government in the contemporary era is moving in the wrong direction due to a combination of rampant sectionalism and a lack of respect for accountability and information transparency as the media abrogates its democratic responsibilities. A tragicomedy resembling what took place in prewar Japan is not beyond the realm of possibility in the near future.