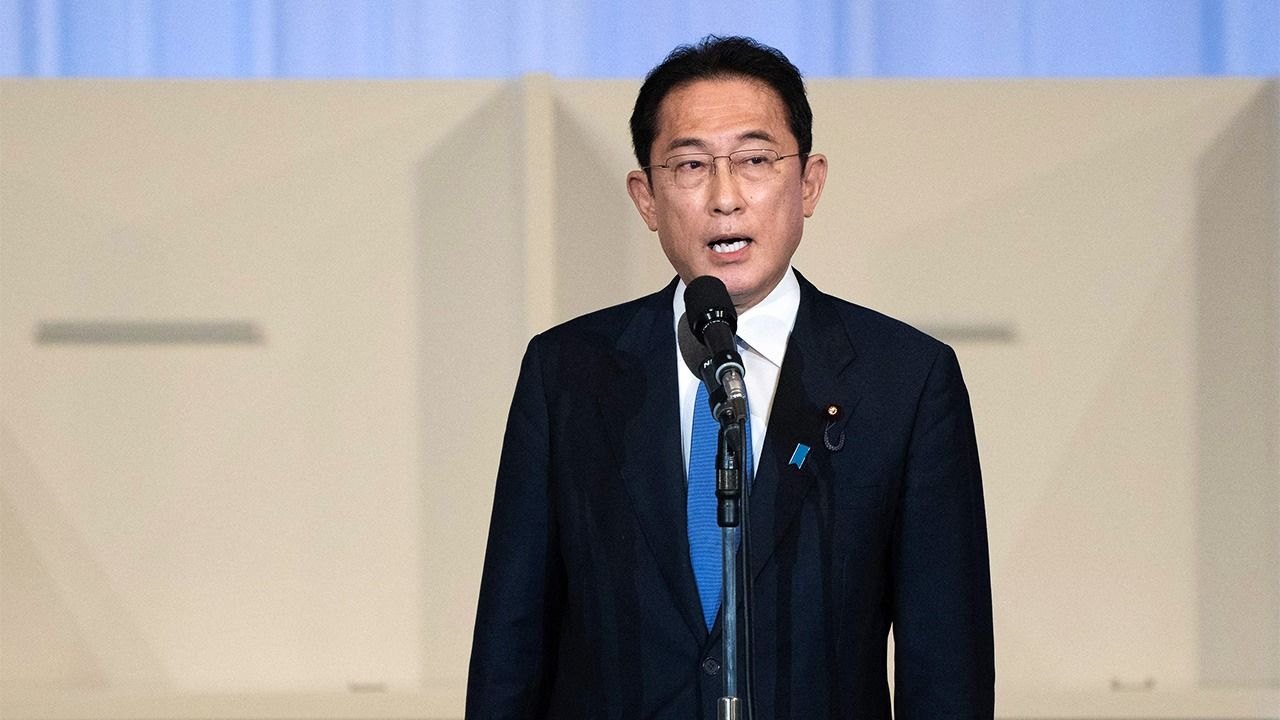 Kishida Fumio Takes the Reins: Japan’s Next Leader as an Economic Centrist

Politics Sep 29, 2021
On September 29, the Liberal Democratic Party elected Kishida Fumio as its new president, following Suga Yoshihide’s resignation from the post. Kishida, who has urged a shift in Japan’s economic course from neoliberalism toward reduced inequalities, will become prime minister and lead his party into the general election next month.

Kishida Fumio, former minister for foreign affairs and nine-time member of the House of Representatives for the Hiroshima 1 district, has been elected as the next president of the Liberal Democratic Party. He will automatically become the next prime minister, replacing Suga Yoshihide, who announced in early September that he would not seek reelection to the party’s top post.

During the LDP leadership contest, which pitted him against Kōno Tarō, Takaichi Sanae, and Noda Seiko, Kishida presented himself as a proponent of “meticulous, humble politics open to diverse viewpoints.” He will now be called upon to bring his party back to its broad-based roots, opening himself to all of its various views through vigorous, freewheeling debate. Herein will lie the test of his leadership.

One key theme of the LDP contest was whether the candidates would be able to break free of public distrust in the political process. In this connection, the party’s executive makeup, centered on Nikai Toshihiro, who had occupied the powerful secretary general’s office for five long years, became a target for the candidates’ criticism. Kishida stepped forward with a pledge to revamp party governance, setting new term limits for party executives at just three terms of one year each. The current occupants of the party’s four most powerful nonelected positions—the secretary general and the chairs of the Policy Research Council, General Council, and Election Strategy Committee—are all men, averaging 72.5 years in age. One of Kishida’s aims is to bring fresh blood into the top ranks of the LDP, preventing it from stiffening into the fixed forms of its past. But he will have his work cut out for him if he tries to implement any changes bringing pain to his party’s senior membership.

On the economic front, Kishida has championed measures that place him slightly left of center. He argues that Japan needs to break free from the neoliberalist policies that have held sway since the 2001–6 administration of Koizumi Jun’ichirō, taking steps to boost the fortunes of Japan’s middle class in order to correct the wealth gaps that have widened during the COVID-19 pandemic. On the one hand, he continues to express vigorous support for the bold monetary, flexible fiscal, and growth-oriented pillars of the economic policy of Prime Minister Abe Shinzō (2006–7, 2012–20); at the same time, he admits that there have been limits to what the “bazookas” of massive asset purchases and ultralow interest rates can accomplish, and that Japan has seen no “trickle-down” impact reaching average employees following the extension of government benefits to corporations. In terms of future growth policy, meanwhile, his focus is on digital and other technology fields.

In terms of foreign and security policy, Kishida has staked out decidedly practical positions. His aim will be to keep Japan closely aligned with the United States and the liberal international order that has coalesced around it since the end of the Cold War, with a steady eye on the instability brought about by the rise of an authoritarian China and a resurgent Russia. During his term as foreign minister under Prime Minister Abe—at four years and seven months, the longest stint seen for Japan in the postwar era—he sought to bring about a thaw in Sino-Japanese relations, which had been chilled by Chinese claims to the Japan-administered Senkaku Islands—and managed to bring Seoul to the table to sign an agreement confirming an end to the “comfort women” dispute. Today Japan’s relations with both China and South Korea are becoming more fraught, but Kishida insists that as leader he will press forward with a stance that continues to bring pressure on these counterparts while seeking ways forward through dialogue.

Underpinning Kishida’s twin focuses on economic growth and forward-looking diplomacy is his connection with the Kōchikai, the LDP faction that he leads. The oldest faction in the party, this group was launched in 1957 by then Minister of Finance Ikeda Hayato in line with precepts set down earlier by Prime Minister Yoshida Shigeru (1946–47, 1948–54), who helped place Japan back on an independent footing following its defeat in World War II. Despite the heritage of this party group, though, Kishida will be the first prime minister it has produced since Miyazawa Kiichi, who held the office from 1991 to 1993.

A New Focus on Nuclear Disarmament?

As Kishida steps into power, he will also be looking to shed his dovish image. With respect to China in particular, he is likely to press ahead with diplomacy rooted in values like the rule of law as he also seeks to “meet force with force,” enhancing the authority of the Japanese Coast Guard, among other measures. Following Japan’s recent failure to extract its local staff from Afghanistan during the US withdrawal from the country, he will also be considering ways to amend the Self-Defense Forces Act to enable swifter dispatch of needed personnel. In its present form, the law was crafted by the government of Miyazawa Kiichi, meaning that avoiding constitutional roadblocks by sending out the SDF not to wage war, but to aid Japanese citizens, is a traditional Kōchikai stance. But here Kishida is aiming to carve out a stronger presence for himself by leading the debate on security issues.

One area where he can be expected to define his own way forward most clearly will be nuclear disarmament. In 2016, as foreign minister, he helped orchestrate the historic visit of US President Barack Obama to Hiroshima to commemorate the atomic bombing there. Today, when China has joined the United States and Russia in seeking to expand its nuclear weapons stockpile, a key task before Kishida will be to serve as a connection between the world’s nuclear powers and nonnuclear states. By joining the parties to the Treaty on the Prohibition of Nuclear Weapons as an observer—a position whose possibility Kishida has not rejected—Japan should be able to serve as a pipeline forwarding the concerns of these nations to its ally, the United States.

The Chance for Cooperative Politics

Kishida Fumio was born in 1957 to a family of politicians based in Hiroshima. Kishida Masaki, his grandfather, was a member of the House of Representatives. His father, Kishida Fumitake, was a bureaucrat in the Ministry of International Trade and Industry (today’s Ministry of Economy, Trade, and Industry) before his election to the lower house, where he rose to the position of commissioner of the Small and Medium Enterprise Agency. A true political dynasty, the Kishida family is also connected to former Prime Minister Miyazawa by blood.

After his graduation from university, Kishida Fumio worked for a bank for some time before seeking office and securing election to the lower house in 1993. In 2007 he gained his first cabinet post, being tapped as minister for Okinawan and Northern Territories affairs. This was followed by a stint as minister for consumer affairs, during which he oversaw the 2009 launch of the Consumer Affairs Agency. In 2009–2012, while the Liberal Democrats were in the opposition, he worked assiduously to strengthen his personal networks as head of the party’s Diet Affairs Committee. After the LDP returned to power in December 2012 he was tapped as foreign minister; he briefly served concurrently as minister of defense. From August 2017 through September 2020 he headed the party’s influential Policy Research Council. During his tenure there, which would become the longest in the LDP’s history, he helped craft the party’s response to the COVID-19 pandemic.

When asked about his political philosophy, he has been heard to talk about his desire to move “from division to cooperation”—a sign, perhaps, of his drive to help do away with some of the inconsistencies in Japanese society today. He enjoys strong connections with many members of the political world and robust support from many factions in the LDP, both of which served him well in his presidential contest victory today. It will be worth watching how this support plays out in days to come, though. How much of a free hand will Kishida Fumio be able to wield in picking the members of his first cabinet and filling key party positions?

(Originally written in Japanese. Banner photo: Kishida Fumio addresses members of the LDP on September 29, 2021, after his election as the party’s next president. Pool photo; © AFP/Jiji.)