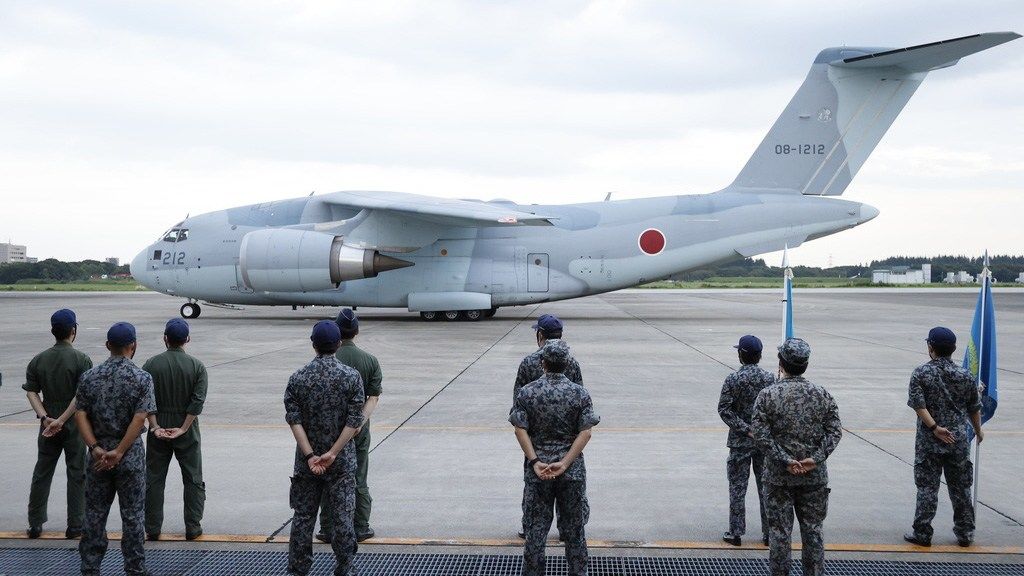 Politics World Dec 9, 2021
Kabul fell to the Taliban while the United States was still withdrawing its troops from Afghanistan. Japan, therefore, faced the challenging prospect of evacuating its own citizens from Afghanistan amid significant chaos. Despite dispatching four aircraft, the Self-Defense Forces only ended up evacuating 15 people. A veteran SDF leader gives his take on Japan’s Afghanistan evacuation operations. 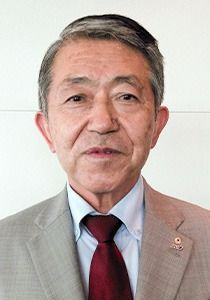 Born in Iwate Prefecture in 1953. Graduated from the National Defense Academy before joining the Air Self-Defense Force, where he served as a fighter pilot. Was appointed the thirty-first chief of the Air Staff in 2010 and became the fourth chief of staff of the Joint Staff of the Japan Self-Defense Forces in 2012. Retired in 2014 and is currently executive advisor to ANA, advisor to ANA Holdings, and chairman of Nihon Cyber Defense.

What was the Objective?

In August 2021, the Ashraf Ghani regime ruling the Islamic Republic of Afghanistan in Kabul suddenly collapsed as the insurgent Taliban forces rapidly seized control of the entire country. Japan scrambled alongside other countries to evacuate its own citizens and local embassy support staff. While the Self-Defense Forces dispatched four aircraft, including a transport plane, they could only extract one Japanese woman. They also evacuated 14 Afghans following a request by the United States. The Japanese government had originally planned to evacuate more than 500 Afghans, including local embassy and Japan International Cooperation Agency staff, as well as their families. In the end, the SDF returned home without a single one of the originally intended evacuees onboard. Tanida Kuniichi sat down with General Iwasaki Shigeru—a former chief of staff of the Joint Staff of the Japan Self-Defense Forces with significant experience in overseas missions—to discuss Japan’s Afghan evacuation operations and possible future challenges.

INTERVIEWER  What is your overall assessment of Japan’s Afghanistan evacuation operations?

IWASAKI SHIGERU  First of all, it’s important to note that that there are no perfect outcomes when it comes to crisis response. It is not like a sumō wrestler’s score card where you record either wins or losses and there is nothing in between. In the real world, outcomes can be described in various shades of gray.

INTERVIEWER  Japan was not able to evacuate the local staff and their families as originally planned.

IWASAKI  Put simply, if they decided that they wanted to rescue the fifteen people they did, then we can say they achieved their goal. Maybe we saw other countries evacuating larger numbers of local Afghan staff and thought that Japan should do the same. The key point is, however, when the SDF made the decision to evacuate the people they did, they were able to do so.

Kabul fell on August 15. Western countries immediately began sending transport planes to evacuate large numbers of people from Afghanistan. Japan did not hold a meeting of the National Security Council until August 23, eight days after Kabul’s fall. Minister of Defense Kishi Nobuo issued an order for the dispatch of a C-2 transport plane after the meeting. The C-2 and support aircraft departed Japan later that day.

INTERVIEWER  Given the dispatch of four SDF planes, it seems the original plan was not just to rescue fifteen people. Many have also pointed out that the Japanese government’s response was too slow.

IWASAKI  It is too easy to say that the decision to dispatch the transport aircraft on August 23 was too late. Various circumstances may have meant that the evacuees were not yet ready to leave. For example, employees and staff dispatched by companies and NGOs in Afghanistan probably could not individually determine when they could return and had to coordinate timing with agencies back home. They may well have been told to “hang in there a little longer.”

INTERVIEWER  Nevertheless, wasn’t this still too late to hold a NSC meeting?

IWASAKI  There is probably little value in discussing only that outcome. There may have been various reasons for why the core four-minister meeting of the NSC was not held until August 23. Both the Ministry of Foreign Affairs and the Ministry of Defense may well have been making their own separate plans for evacuation operations. At a later date we need to completely reevaluate what kind of analysis was conducted and decisions made based on the available information.

The Japanese embassy’s staff escaped on their own on August 17. The original plan was also to evacuate around 500 local staff on a commercial flight. However, on August 26, just as staff were heading to the airport in 27 buses, a terrorist bombing occurred. Evacuation operations were then abandoned amid the chaos.

IWASAKI  An unfortunate combination of factors, including the unexpected bombing, really impacted operations. If it had not been for the attack, we may have been able to remove many more people. There is criticism of the government’s inability to rescue local staff, but it is likely that they were only initially thinking about rescuing Japanese citizens.

IWASAKI  When the Ground Self-Defense Force withdrew its reconstruction assistance units from Iraq in 2006, did it evacuate Iraqi people who they had cooperated with in the field? Even though many locals wanted to return with the GSDF, they could not bring them back because of various legal restrictions. Similarly, it’s possible that rescuing the local staff was not considered a mission objective this time as well.

The Need for Systematic Mobilization of the SDF

After Kabul’s fall, the United States successfully evacuated about 80,000 people, including American citizens and local staff. The United Kingdom evacuated around 15,000 people, and South Korea evacuated about 390 people. Japan could only help 15 people. While the Japanese government claimed that it had achieved its primary goal of evacuating Japanese nationals, some other countries notably used their own helicopters to transport personnel to the airport in order to avoid the Taliban’s strict checkpoints. This may account for some of the stark differences in numbers evacuated between Japan and other countries. 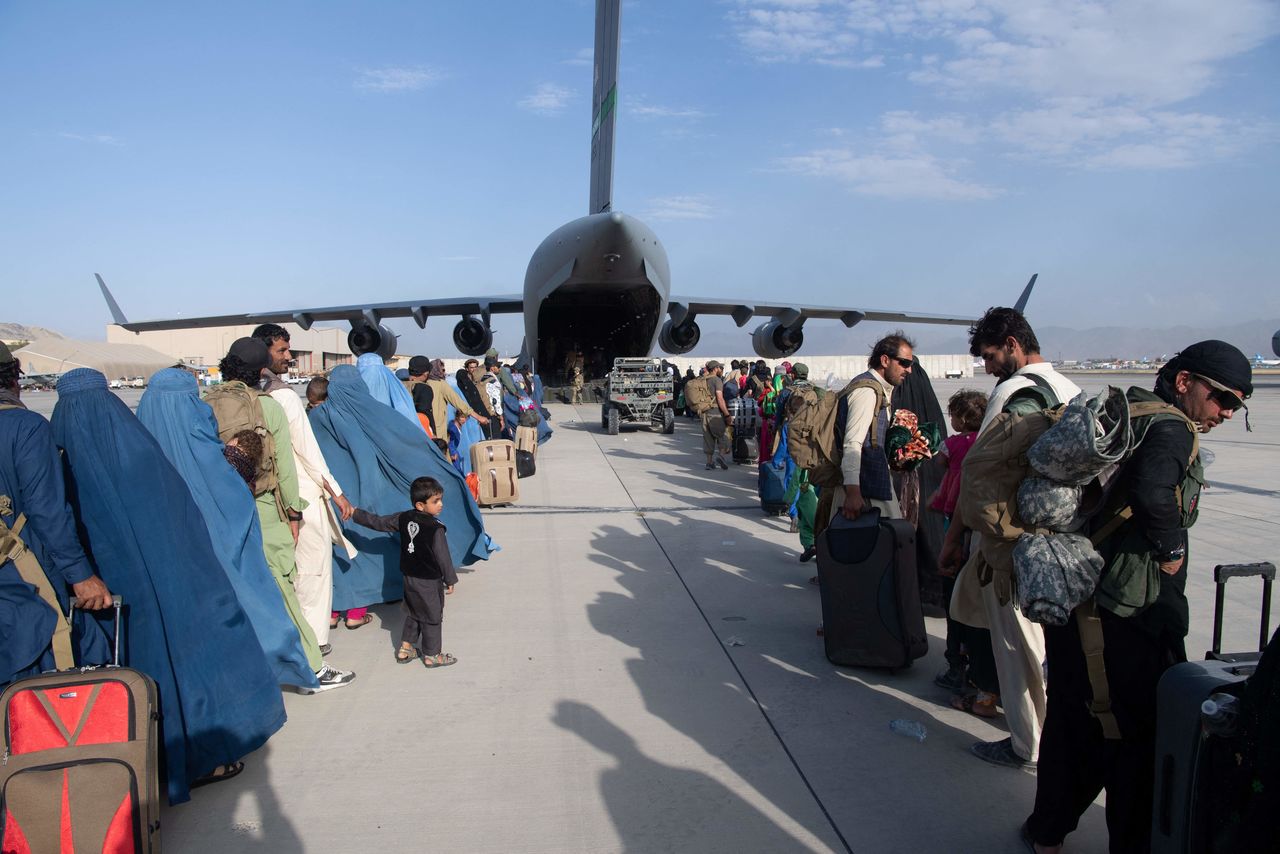 IWASAKI  Possibly government procedures could have been sped up. Under the SDF Act, the first procedural step for evacuation operations is for the minister of foreign affairs to formally ask the minister of defense to dispatch the SDF. The two ministries would then consult with each other. This is a system designed to prevent people from accusing the SDF of acting on its own. Just as in the case of the Great Hanshin-Awaji Earthquake in 1995, the SDF was delayed in deploying due to procedural hold-ups—that time it was due to a delay in a governor’s decision. Even in crisis scenarios people often come to different conclusions about the best approach. Perhaps we should revise the SDF Act and implement a system where decisions are automatic with less individual procedural discretion.

INTERVIEWER  Under the present law, the transportation of “Japanese nationals and others” by SDF aircraft can only take place after the locale of operations is confirmed as safe. Some have argued that safety considerations contributed to the government’s delayed response.

IWASAKI  Of course, I am grateful that the government is thinking about protecting the lives of the SDF personnel. However, they take an oath to “conduct their duties without fear of danger” when they join the SDF. They have already resolved to go on missions in dangerous areas. In my opinion, the law emphasizes safety too much and does not allow for practical discussion of operations. I think this is something that needs to be addressed in the future.

INTERVIEWER  Was there was any way for Japan to evacuate more people by sending in helicopters, or other methods?

IWASAKI  In theory, yes—with the right preparation. However, disassembling the helicopter fuselage, transporting it by air, reassembling it, and then conducting on-site flight tests all take time. At the time of dispatch, it was also still possible to travel from the city to the airport by bus. We would have therefore had to explain why we were taking helicopters with us when there was no immediate need.

Preparations for the Next Evacuation

The “transport of Japanese nationals” during an emergency situation overseas only became an official SDF mission with legislative change in 1994. Later, as part of the 2015 Peace and Security Legislation, “measures for protecting Japanese nationals and others” were authorized, allowing the SDF to remove or eliminate transport obstructions, use weapons for protection of others, and even engage in rescue missions. As preparation for future disasters and conflicts overseas, the government has put soldiers, naval vessels, and aircraft on standby. It is also conducting exercises that integrate the Ground, Maritime, and Air Self-Defense Forces.

INTERVIEWER  What lessons have we learned this time? Can any of them be applied to potential future contingencies, such as an emergency on the Korean Peninsula or in the Taiwan Strait?

IWASAKI  This might be a good opportunity to rethink our approach to evacuation operations. It’s clear that both bureaucrats and politicians will be held accountable, and we may not necessarily have achieved the expected outcomes this time. No matter how much effort we put into it, it is meaningless if we don’t get results.

INTERVIEWER  It’s also difficult to identify who to rescue from within the mass chaos.

IWASAKI  During a Korean Peninsula contingency, not only will Japanese people require evacuation, but we’ll need to consider rescuing people from all over the world. In fact, given our geographic proximity relative to the West, we may need to play a leading role in such operations. When making plans, we need to carefully consider if we are going to rescue just Japanese people, or also rescue others. How we will prioritize these people is also important. We also need to be able to distinguish candidates for evacuation from local people using the chaos to flee the country.

INTERVIEWER  The use of civilian aircraft and ships also needs to be considered.

IWASAKI  In the United States, the government has signed contracts with some private shipping companies and airlines to guarantee a certain amount of transportation capacity for military use during emergencies. Japan also needs to make such agreements with private shipping companies and airlines during peacetime and incorporate them into government plans. The SDF is already using private ships for troop transport, but the scale is still quite small.

INTERVIEWER  What is the most important thing when making plans for these situations?

IWASAKI  Essentially the best approach is to start by making a solid basic plan, and then update it as you implement it. It’s therefore important not only to create a plan, but also for the responsible organizations to thoroughly and regularly conduct evacuation drills. We need to think carefully about specific cases, and how Japan will respond and cooperate with the American military and other countries’ forces during real-life incidents.