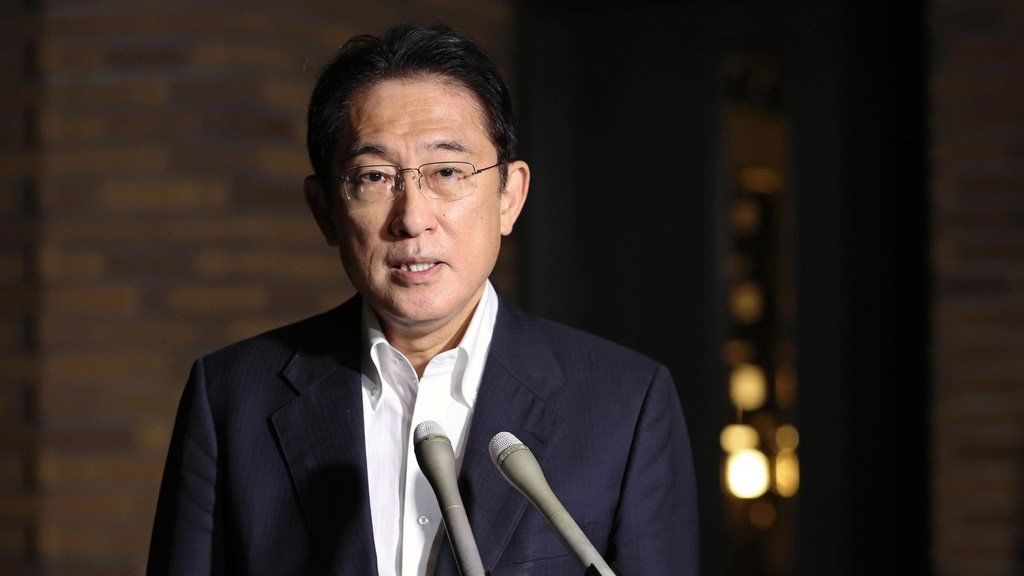 Pandemic, Economic Policies Key for Kishida in 2022: A Political Look Ahead

Politics Jan 5, 2022
The year 2022 will be a critical one for Prime Minister Kishida Fumio. Will he lead his party to victory in the House of Councillors election, or will pandemic and economic adversity drag his prospects down?

Looking Toward the New Year in Politics

Kishida Fumio took the reins as prime minister of Japan following his victory in the September 29, 2021, Liberal Democratic Party presidential contest. He then secured a comfortable victory in the House of Representatives election on October 31, with 261 seats going to the LDP, a solid majority in the 465-seat house even without the addition of its coalition partner Kōmeitō’s 32 seats. If Kishida can lead his party to another victory in the House of Councillors election slated to take place in the summer of 2022, his road should be smooth to a stable, long-lasting administration.

The road could instead be bumpy, though. If a sixth wave of COVID-19 infections sweeps Japan, all eyes will be on the Kishida administration’s measures to handle it. His economic policy choices may also be fraught, as inflationary pressures continue to grow around the world. Missteps on the policy front could generate public discontent, and a major loss of seats for the LDP in the summer election would rob his administration of its effectiveness. If his party’s fortunes plummet enough to result in a “twisted” Diet, with the lower house in coalition hands and the upper house in the control of the opposition, he may even be pressed to step down from office. This will, in short, be a critical year for Kishida Fumio.

The Coalition Aims for a Majority

The House of Councillors election is likely to take place on July 10. A legal revision is adding three seats to the house, bringing the total to 248; half of these, 124, will be up for election this time. As of January 1, the LDP and Kōmeitō hold 68 of the uncontested seats, meaning that the coalition partners will be aiming to secure 57 of the seats in play, ensuring a majority of 125 in the upper house. The LDP currently holds 54 and Kōmeitō 14 of the seats that will be up for election; even if they lose 11 of these 68 seats, they can hold on to a majority in the chamber.

This makes it seem like Kishida has a relatively easy job before him. But upper house elections have often been a brutal gauntlet for ruling parties to run. While voters tend to see general elections as a way to choose who will run the country, contests for the House of Councillors, frequently positioned as “midterm elections” that give voters a means of chastising the parties in power. Much of the more dramatic change we have seen in Japanese politics in recent years has been touched off by upper house elections.

The 2007 House of Councillors election, held during Prime Minister Abe Shinzō’s first administration, saw a major victory for the Democratic Party of Japan. This produced a “twisted” Diet with the opposition in control of the upper house, and after two years of rough sailing, the LDP and Kōmeitō lost control of the government in the 2009 general election. A year later it was the turn of the Democrats, under Prime Minister Kan Naoto, to lose their grip on the upper house. They would limp on until the 2012 House of Representatives election, which gave power back to the LDP-Kōmeitō coalition.

Key Events on the 2022 Political Calendar

It’s About the Economy

Kishida, deeply aware of this political history, moved within the previous year to prepare the groundwork for a successful election in 2022. In November his government decided on an emergency economic package including ¥55.7 trillion in government spending and ballooning to ¥78.9 trillion including private-sector outlays. The goal, according to the prime minister, was to get the Japanese economy back on the growth track as soon as possible. To support this package, the Diet approved a supplementary fiscal 2021 budget amounting to ¥35.9 trillion in its extraordinary session in December. All of these can be seen as moves taken with the summer election in mind.

As things stand today, the COVID-19 pandemic that dealt serious blows to the standing of Kishida’s two predecessors, Abe Shinzō and Suga Yoshihide, appears to have quieted down in Japan, providing a boost to the Kantei’s current resident. His success in leading his party through the October 2021 general election has improved his public opinion ratings. On the other side of the aisle, meanwhile, Edano Yukio, longtime leader and one of the founders of the Constitutional Democratic Party of Japan, the leading opposition force, has stepped down in the wake of his party’s poor election performance. Izumi Kenta has stepped in to lead the CDPJ, but today there seem to be few prospects for the party to regain its vigor as an opposition force.

The first task on Kishida’s agenda in the new year will be securing swift passage for the next fiscal year’s budget in the ordinary session of the Diet, which convenes in January. By pushing through an economic security legislation package, a particular focus of his, and a bill to establish a new central government agency addressing children’s issues, he will seek to build momentum toward the summer election.

In the policy speech he delivered to the Diet on December 6, 2021, Kishida touched on security matters, noting the need to “realistically examine all options, including possessing what is called ‘enemy base attack capability.’” Given the junior coalition partner Kōmeitō’s cautious stance here, though—the party’s chief representative, Yamaguchi Natsuo, has stressed the need to establish a more muscular defense policy only once the government has gained the understanding of the Japanese people—the LDP is likely to enter into serious talks on this issue only after the summer election has taken place, focusing until then on bolstering the coalition’s cooperation on election strategy. The opposition may not be able to use this as an angle to attack Kishida in the lead-up to the upper house contest.

The greatest threat to the Kishida administration continues to be COVID-19. The Omicron strain of the SARS-CoV-2 virus, first confirmed in South Africa in late 2021, is spreading rapidly around the globe on the strength of its fearsome communicability. If Japan’s medical system once again comes under pressure due to skyrocketing patient numbers, there is no telling how serious the blow will be to the government. The draconian immigration ban Kishida implemented, preventing all new entries by foreign nationals, is testament to the degree to which his government fears the advent of a sixth wave of the disease.

Oil prices, which remain high, are another cause for concern. As real wages continue to stagnate, rising prices of raw materials threaten to pressure household budgets and corporate bottom lines, yet more factors that could end up sparking dissatisfaction with the parties in power. To head this off, the LDP and Kōmeitō heeded Kishida’s wishes in including a wage-hike measure in the December 2021 reform to the tax system, dramatically expanding the corporate tax exemption rate for companies that raised their employees’ pay. But as things stand today, some 60% of all companies in Japan are in the red, paying no corporate tax as a result, meaning that this will not benefit the majority of Japan’s corporations. Indeed, it is unclear how much impact government moves like tax deductions can have in the first place; many observers point out that wages are unlikely to rise meaningfully unless Japan’s employment practices themselves are revamped. But if the government response is seen by the people of Japan to fall short on the economic or disease-control fronts, the ruling parties could face a fierce backlash in the House of Councillors election in July.

Prospects for the Allied Opposition

Preparing for the election will be the key theme this year for the opposition as well. To a large extent the result of the contest will depend on voting in the 32 districts with just one seat up for grabs this time. If the opposition parties go it alone, each fielding its own candidates in these districts, it will work to the ruling coalition’s advantage.

There may be moves to coordinate the opposition candidates, centered on the CDPJ, but the outcome of any such approach is murky. Prior to the October 2021 general election the Japanese Communist Party secured a similar agreement with the Democrats to cooperate “in limited fashion” on only a core set of policy issues agreed upon in advance. New CDJP leader Izumi appears ready to reinterpret this agreement, but the JCP will insist on strict adherence to it, presenting a potential roadblock to any unified opposition stance. Meanwhile, the question remains of how to rope the Democratic Party for the People—which remains cool to the idea of cooperation with the Communists—into a coordinated opposition election strategy.

Throwing an additional wrench into the works is the Japan Innovation Party (Ishin no Kai), which achieved considerable gains in the last general election. This party is aiming to extend its seats in the House of Representatives as well under the banner of “necessary reforms even at the expense of temporary pain,” and is positioned to field numerous candidates to achieve this goal. How this will impact the election—and how Japanese politics is likely to develop from the middle of this year onward—remains a question mark.

(Originally written in Japanese. Banner photo: Prime Minister Kishida Fumio speaks to the press at the Kantei in Tokyo on December 11, 2021. © Kyōdō.)