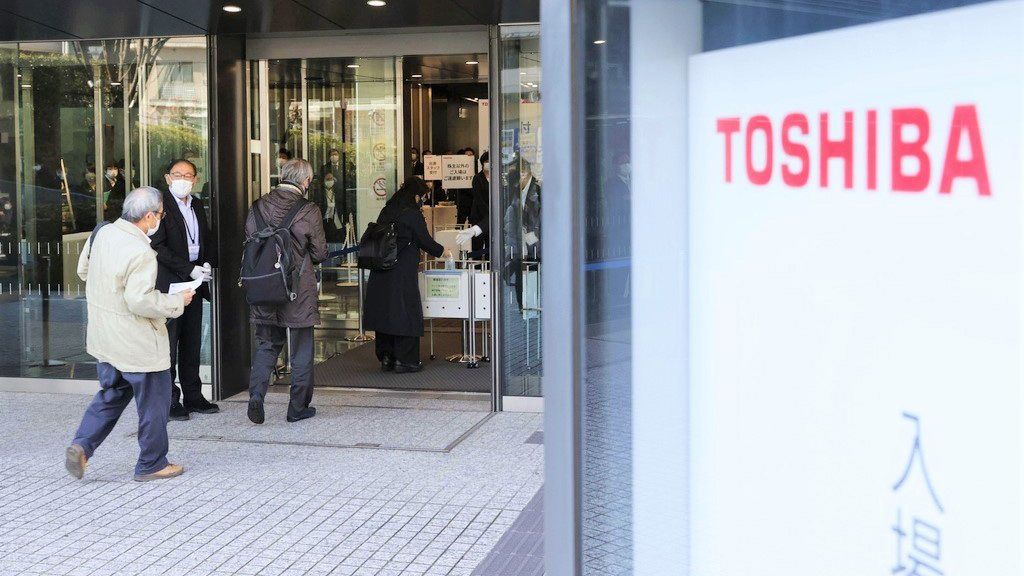 Expediency and Deceit: How Toshiba Lost Its Way

Economy May 30, 2022
The Toshiba board of directors remains in a state of disarray amid calls from activist investors for the corporation to be sold off. In March, shareholders rejected a last-ditch bid to save the company by splitting it up. How was a once great corporation reduced to this?

I have been covering Toshiba since news of the accounting scandal broke in 2015. The accounting scandal was followed by the bankruptcy of Toshiba’s US nuclear reactor subsidiary, Westinghouse, and revelations that that Toshiba was engaged in dubious dealings with bureaucrats from the Ministry of Economy, Trade, and Industry aimed at suppressing activist shareholders. Now, Toshiba is facing a new furor over a proposal to split up the corporation amid demands from major shareholders to sell off the company to private buyers. At the root of all these problems lies a culture of deception and expediency among Toshiba’s executives.

Let us first look at the nature of the deception that took place over the last year, causing so much chaos at Toshiba, and then revisit the chain of deception that started with the accounting fraud and continued until the Westinghouse bankruptcy. Despite having had several opportunities to make good, Toshiba has instead proceeded to fall to new lows, never confronting the root cause of its problems. How did this come about?

On April 7, 2021, the Nikkei ran a story in its online and print editions that said that a UK-based fund had proposed to take over Toshiba. According to the article, the fund proposed to buy all the company’s shares, thereby taking it private. In response, Toshiba CEO Kurumatani Nobuaki issued a statement that morning saying the company was considering the proposal. And thus began Toshiba’s year of deception. Three years had passed since the appointment of Kurumatani, a man who resigned from the position of vice president at Sumitomo Mitsui Banking Corporation to chair the Japanese subsidiary of the British fund mentioned in the Nikkei article, to the Toshiba board on a mission to turn the firm around. While Kurumatani was headhunted to Toshiba on the basis of experience with investment funds, he proved unable to form a good relationship with activist investors and went onto have a difficult time on the Toshiba board.

It was actually Toshiba that persuaded the major overseas fund to become a significant shareholder. After the bankruptcy of nuclear subsidiary Westinghouse, Toshiba had sustained losses of over ¥1 trillion, taking it to the brink of insolvency. The capital injection enabled Toshiba to raise ¥600 billion, bringing its liabilities in line with its assets. Before the injection of capital, Toshiba had 4.2 billion outstanding shares. By issuing an additional 2.2 billion shares, the company increased its number of outstanding shares by more than 50% in an aggressive move. The capital issue was purchased by 60 investment funds including so-called “vulture funds” after short-term profit, and activist investors known for pressuring boards to improve performance. These investors wanted to earn enough profit to justify their risk and investment.

At this time, Toshiba was in the process of selling off its semiconductor division, but the sale was taking longer than anticipated. It was then that an overseas securities broker proposed a scheme that would see Toshiba receive a significant capital injection, which the executives jumped at. This decision would come to haunt Toshiba. The activist investors demanded that the company liquidate everything it could and promptly share the proceeds with shareholders, such as by paying a dividend. To ensure the full attention of the directors, at the general meeting of shareholders, the investors also nominated their own candidates to sit on the board. Behind the scenes, however, Kurumatani and the rest of the board used their ties to METI bureaucrats to suppress the fund’s demands. The relationship between the board and the investors became still more antagonistic, to the point where it was looking difficult to reappoint Kurumatani to the position of CEO at the general meeting of shareholders. The Kurumatani-led board had reached an impasse.

It was then that Toshiba was approached by the British fund mentioned in the Nikkei article. While proposal was for a “half-baked” buy out with no cash backing, it explicitly promised to maintain the current management slate. With those around Kurumatani seeing this as a sign that he would sell Toshiba to the investment fund he used to work for, opposition was guaranteed.

At this point, Toshiba’s situation became more tumultuous. With the takeover proposal now up in the air, Kurumatani was forced to step down as board chair, effectively losing his job. This was the only time that one got the feeling that Toshiba had functioning governance. This did not last long, however. When the new chair turned down the proposal from the fund, which he said “could not even be described as a ‘proposal,’” it prompted a backlash from activist shareholders, who had been hoping to sell their holdings for a premium. This was immediately followed by the release of the findings of a legal probe, performed at the recommendation of the activist investors, that exposed the murky relationship between METI and the Toshiba board. At the June shareholders’ meeting, which took place in chaos, a proposal to reappoint the previously removed external directors was taken off the agenda on the grounds that they had ignored the cozy relationship with METI. A proposal to reappoint the chair was also voted down, and all directors not meeting the approval of the activist investors were fired. This brought a board of what should have been 13 directors to a mere 8.

After Kurumatani’s departure, Tsunakawa Satoshi returned as CEO. Tsunakawa had originally been appointed to the CEO post before the accounting scandal broke in a bid to rebuild the corporation’s reputation. However, his response to the Westinghouse bankruptcy crisis led him to be labelled indecisive, and he was relegated to board chair, a position that does not come with the authority to represent the company. When Tsunakawa was returned as CEO, it was as if the hands of a clock had been wound back. Toshiba has said that Tsunakawa’s appointment is temporary, pending the release of the midterm management plan in autumn.

What Toshiba should really have done after the departure of Kurumantani was bolster its executive function. It should have selected a new leader, worked with Tsunakawa to put together a management plan, and had Tsunakawa leave quickly. Toshiba also needed external directors who could say what needed to be said to the activist investors and would be trusted even in the face of opposition. However, Toshiba was not in a position to rebuild its top management. Behind the scenes, the activist investors had urged Toshiba to sell out—to put all of its shares up for tender and sell them to the highest bidder.

Selling Toshiba was something the Tsunakawa team wanted to avoid at all costs, so it leapt at the proposal to carve up the company. While the proposal initially called for a three-way split, this was not well received, and the proposal was therefore revised to create two new companies. And thus, instead of doing what it should have done, Toshiba accepted the proposal out of desperation, as it had done with the huge capital increase. When the company split proposal was rejected at an extraordinary meeting of shareholders, Toshiba was back to square one.

Culture of Deception Dates Back to Accounting Fraud

Looking back over the past year, I am aghast to realize how much time Toshiba has wasted. People are right to criticize Kurumatani’s conduct. However, does the fact that Kurumatani, who was an outsider, came to Toshiba from a bank mean that the Toshiba staff themselves did nothing wrong? I do not believe so. After all, it was the Toshiba executives who dutifully went along with Kurumatani’s instructions.

Deceit and expediency are ingrained in Toshiba’s culture, and have been since the time of the accounting scandal. It was clear that the underlying cause of the accounting fraud was Westinghouse’s poor performance. While Toshiba declared it would turn over a new leaf and implement measures to ensure there would never be a repeat of the scandal, it has continued to ignore the underlying cause of its problems. The firm’s executives resigned over the accounting scandal in July 2015, and Westinghouse’s impending insolvency became apparent in December 2016. Toshiba spent 18 months deceiving everyone by saying that Westinghouse was not in financial trouble, thereby making its wounds deeper.

In March, Tsunakawa stood down as CEO and was to be replaced by Shimada Tarō. According to Toshiba, the Shimada board is also a temporary one. With the Shimada board having rejected the proposal to carve up the company, Toshiba is now putting together a new reform proposal.

Then, On April 7, Toshiba’s eight directors said in a statement that they would “identify the privatization offer that is best for our diverse stakeholders including shareholders.” This is interpreted as meaning that Toshiba will be put to tender, and the best takeover offer will be selected. The statement came a year to the day after the Nikkei scoop on the British fund’s half-baked takeover bid.

Toshiba must first of all bolster its executive function in preparation for the June shareholders’ meeting, if any proposal for top-level reform is going to be trusted. And yet, rather than beefing up its executive, Toshiba is currently attempting to go ahead with the big sell-off with its current board in place. The offer that is “best” for Toshiba’s activist shareholders may indeed be pursued. However, it remains questionable whether that proposal will be best for the other stakeholders as well.