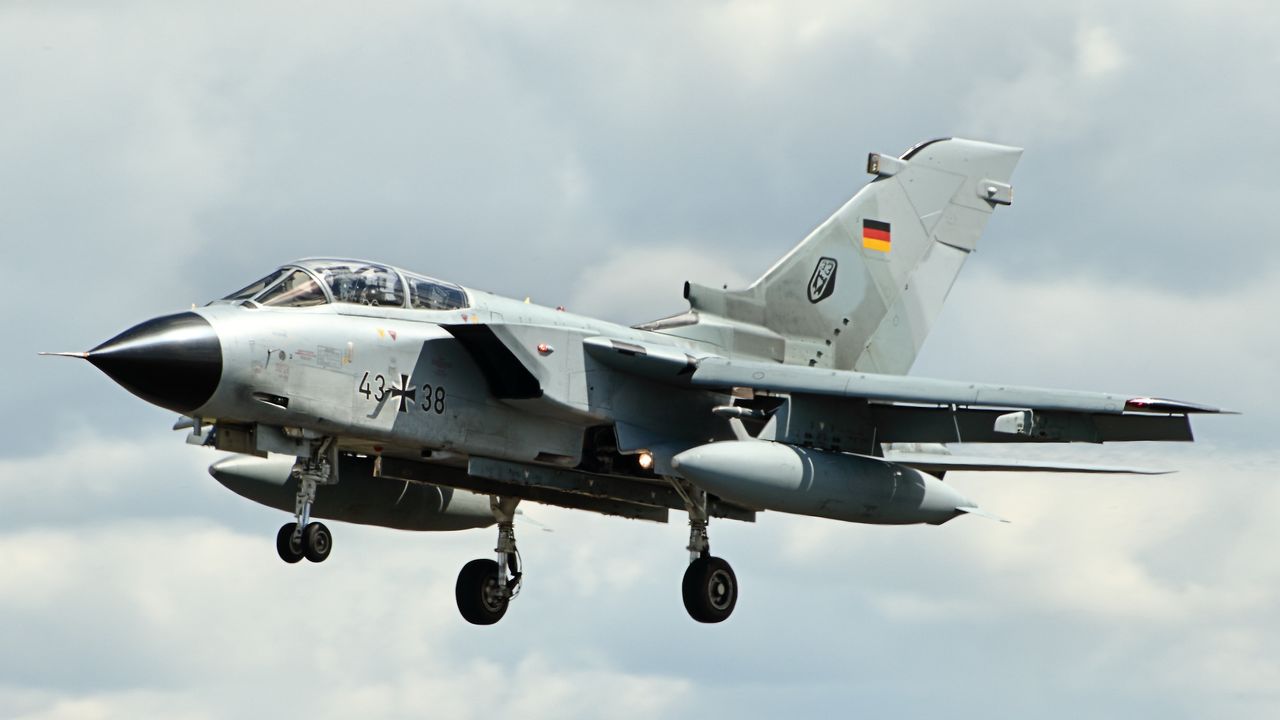 Politics Jun 6, 2022
Not long after the invasion of Ukraine started, Russian president Vladimir Putin hinted at the possibility of using nuclear weapons, touching off a discussion of “nuclear sharing” in Japan. How seriously will the option be debated in a country that retains a strong allergy arising from being the only country to have endured a nuclear attack? An expert on nuclear strategy shares his insights on the approach, and the security risks and challenges it poses to Japan.

Director of the National Institute for Defense Studies Policy Studies Department. Received his bachelor’s and master’s degrees in political science from Waseda University before joining NIDS in 1997. Also received a MA in political science from George Washington University in 2006. Joined the Institute for Defense Studies as assistant researcher in 1997; was appointed a senior fellow in 2009. Co-editor of Arata na misairu gunkaku kyōsō to Nihon no bōei (The New Missile Arms Race and Japan’s Defense) and co-author of Kaku no bōkyaku no owari: Kakuheiki fukken no jidai (The End of Nuclear Neglect: Nuclear Weapons Make a Comeback).

INTERVIEWER  A recent Sankei Shimbun–Fuji News Network public opinion survey found that 83.1 percent of respondents supported at least having a debate on nuclear sharing and the deployment of American nuclear weapons to Japanese territory. What do you make of this result?

TAKAHASHI SUGIO  The deterioration of the security environment in East Asia and the growing sense of fear it engenders is likely responsible. North Korea is accelerating its missile development while the Taiwan Strait seems ripe for conflict. Add to that Russia’s invasion of Ukraine and President Vladimir Putin’s order for the country’s nuclear “deterrent forces” move to “combat ready” status, it is not surprising that public perception of security risk has changed.

INTERVIEWER  What does “nuclear sharing” mean in the NATO context?

A representative example is Germany. Assuming that both the German chancellor and the US president agree, a German aircraft can be loaded with nuclear weapons for deployment on the battlefield. However, the warheads belong to the United States, and Germany cannot unilaterally decide to use them. Furthermore, even if Germany opposes the use of these weapons, the United States can still equip its own aircraft or attach the warheads to other delivery vehicles and launch a nuclear attack. Ultimately, the German side has no veto power or right to engage in sole or independent use.

INTERVIEWER  How have nuclear sharing arrangements changed since the end of the Cold War?

TAKAHASHI  During the Cold War, both missiles mated with nuclear warheads and aircraft-deliverable nuclear bombs were deployed to allied territory based on nuclear sharing arrangements. However, the missiles were removed after the 1988 signing of the Intermediate-Range Nuclear Forces Treaty [US President Donald Trump announced in 2018 his intention to abrogate the INF Treaty; as of August 2019 it was no longer in effect.—Ed.]

The strategic environment in Europe also changed. During the Cold War, the conventional forces of the Soviet Union and Warsaw Pact countries possessed superiority over NATO forces in Europe. The nuclear sharing framework was therefore formed to allow the use of tactical nuclear weapons against invading forces to “offset” the advantage possessed by Soviet forces, thereby deterring invasion in the first place. The framework essentially made European allies partially responsible for the use of nuclear weapons on European soil.

The Value of Nuclear Sharing Today

INTERVIEWER  What was the situation in Asia, and in Japan in particular, at that time?

TAKAHASHI  In Asia, the United States possessed naval and air superiority over the Soviets. Unlike in Europe, there was no need to use in-theater nuclear weapons against conventional Soviet forces to blunt any potential advance. Furthermore, Japan’s a strong allergy to nuclear weapons presented a problem, as did the delicate US alliance with the military dictatorship in Seoul. There was ultimately no need for a NATO-like nuclear sharing mechanism.

INTERVIEWER  The war in the Ukraine has provided momentum for increased discussion of nuclear sharing in Japan. Nevertheless, experts are divided on the policy, including many experts who are otherwise supportive of current US-Japan security arrangements and extended nuclear deterrence. Why is there this divide?

I still think nuclear sharing could be valuable, however. Nuclear weapons are the ultimate weapons, and if Japan participated in sharing arrangements, it would have significant symbolic effects, both domestically and externally. It would strengthen the alliance, thereby contributing to general deterrence.

The US-Japan alliance has developed joint operational plans based on the recently revised US-Japan Defense Guidelines, and the two sides have conducted a series of combined conventional training exercises. The formulation and sharing of these plans and associated exercises enhances the effectiveness of the alliance and builds mutual trust.

This is especially true for those countries with nuclear sharing arrangements with the United States. Given the strategic and symbolic importance of nuclear weapons, the reassurance value and benefit from joint planning and exercises cannot easily be replicated by cooperation in other defense areas. That’s why nuclear sharing has survived the post–Cold War era, despite its reduced strategic rationale.

INTERVIEWER  Have NATO attitudes toward nuclear sharing changed over time?

TAKAHASHI  The expansion of NATO membership after the Cold War led to a difference in attitudes toward nuclear sharing. Before Russia’s 2014 annexation of Crimea, Germany and other countries had argued that, while the arrangement framework should stay in place, nuclear warheads themselves should only be forward deployed to Europe during emergencies. In peacetime they should be stored on the US mainland. However, countries such as Poland, the Czech Republic, and the Baltic states, which are close to Russia and continued to feel threatened by Russia throughout the post–Cold War period, supported continued deployment of these weapons to Europe.

Since the end of the Cold War, NATO has struggled to reassure its allies. One way the United States and nuclear-sharing partners have tried to provide reassurance to newer members is through military drills that might involve Polish fighters escorting German bombers carrying American nuclear warheads. We therefore miss the point if we only focus on the five specific countries that continue to support the presence of American nuclear weapons on their soil under these arrangements.

INTERVIEWER  If nuclear sharing were to be implemented with Japan, what steps would need to be taken? What would the challenges be?

TAKAHASHI  Needless to say, nuclear weapons are one possible element of military operations. Scenarios predicated on the use of these weapons are increasingly being incorporated into NATO cooperation centered on conventional land, sea, and air operations. When it comes to discussion of nuclear sharing, attention tends to focus on the Nuclear Planning Group, where NATO member countries share their views on nuclear policies. However, nuclear operations are built on conventional operations, If we treat nuclear and conventional operations in isolation then tactical discussions will become incoherent.

Take the case of the US-Korea alliance, which has a unified command structure. This structure makes that alliance deeper at the tactical and operational levels than the US-Japan alliance. It’s much easier to discuss military operational planning, as the United States and South Korea have retained the system of combined wartime command authority from the Korean War and have maintained detailed, operational wartime plans. While the use of nuclear weapons is not currently incorporated into these plans, integrating them would not pose a major challenge.

However, in the case of the United States and Japan, there’s little detailed operational planning even for conventional operations. Furthermore, the two countries are only just beginning to discuss the possibility of an integrated command post for conflict situations. Discussions on conventional operations will need to deepen before nuclear sharing can be considered more seriously.

INTERVIEWER  North Korea already appears to have mated nuclear warheads with missiles that can reach Japan. Do you think this will accelerate discussions of nuclear sharing in Japan?

TAKAHASHI  The American approach to extended deterrence of North Korea consists of two components: measures for deterring North Korea and measures for reassuring Japan. They have slightly different requirements. Since nuclear sharing is more than anything else a framework for reassuring allies, its value rests on whether the Japanese public can be reassured. If nuclear sharing was implemented but became domestically controversial and worsened the alliance relationship, then it would only reduce Japan’s sense of security.

So it’s of utmost importance that the public buy into nuclear sharing if we go down that path. As such, this is a highly subjective process that can’t be resolved by experts providing objective evaluations. For this reason, we have to have ongoing discussions about the issues, based on an accurate understanding of the benefits and risks, until the public is satisfied.

Nuclear Weapons as a Joint Responsibility

INTERVIEWER  What can Japan do to enhance extended deterrence and prevent a possible nuclear attack on itself?

TAKAHASHI  There are two schools of thought on nuclear deterrence. One is that deterrence is possible if nuclear weapons are simply present, while another is that deterrence can’t really be achieved unless operational preparations are made for their actual use. I believe that Japan’s current security situation will require the latter. Paradoxically, preparing to use nuclear weapons will, in turn, reduce the likelihood of their use in response to an opponent’s use of these weapons.

There’s another important issue to keep in mind: In the unlikely event that the United States needs to use nuclear weapons to defend Japan, we can’t frame it as an external decision, where the responsibility is placed solely on the US president and US military. The Japanese public and the prime minister must in some way be prepared to shoulder responsibility for this decision. Unless we’re prepared to stand together on such a momentous issue, we can’t justifiably expect our ally to provide nuclear deterrence. The foundation of extended deterrence is built on the willingness to bear this responsibility together.

INTERVIEWER  Former Prime Minister Abe Shinzō recently said that nuclear sharing should not be a taboo subject. However, there appears to be little momentum within the ruling Liberal Democratic Party for debating the issue in the Diet.

TAKAHASHI  Right now, North Korea is developing intercontinental ballistic missiles that can reach the United States. It has already deployed nuclear-equipped missiles that can reach Japan. China has 2,000 such missiles, and expectations are that it will be able to field 1,000 ICBMs capable of reaching the United States within fifteen years. We don’t know if or when Russia will unleash its nuclear arsenal.

Even though the nuclear threat surrounding Japan has increased compared to twenty years ago, I wonder about the wisdom of remaining committed to the same old post–Cold War strategic framework for maintaining security. We have to begin a process involving thorough discussion of these factors, achieving consensus, and reassuring the Japanese public.