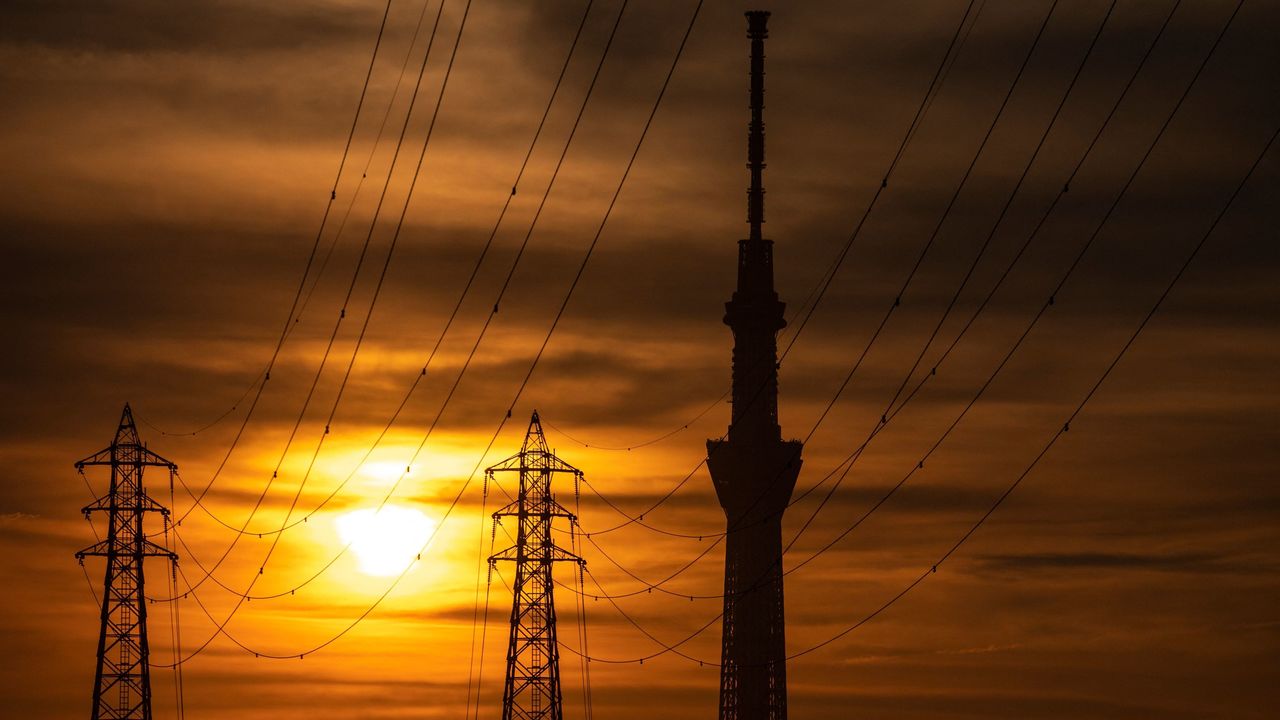 How to Solve Tokyo’s Energy Crunch

The Tokyo area is expected to face another energy crunch this summer, following a first-ever power shortage warning in March 2022. There were also a number of advisories on successive days around the end of the rainy season in late June. Ongoing shutdowns of fossil-fuel-powered generation plants and delays to restarting nuclear power stations leave little leeway for providing necessary electric power.

On a global level in the energy sector, Russia’s invasion of Ukraine and the spike in energy demand due to the easing of the COVID-19 pandemic have destabilized oil and gas supplies and sent prices soaring.

Japan suffered a further blow on June 30, when Russian President Vladimir Putin signed a decree ordering the transfer of assets pertaining to the Sakhalin-2 oil and natural gas development project to a newly established Russian company. This included assets belonging to Japanese corporations involved in the project off the coast of Sakhalin, to the north of Japan. This action appears to be an effective seizure by the Russian government in retaliation for sanctions against it for its aggression in Ukraine. It is unclear whether the Japanese corporations involved can continue their operations.

Business leaders in Japan expressed caution initially about placing sanctions on Russia. However, the government aligned with other members of the Group of Seven, blocking the case for restraint as events impelled it toward the decision to impose economic sanctions. It was clear then that Russia might take over Sakhalin-2, as Japan’s involvement in sanctions positioned it as a “hostile power.”

Some still question whether Japan’s decision was in its national interest. Japan depends on the geopolitically volatile Middle East for 90% of its oil imports. Oil and gas from Sakhalin has been important for diversifying its supply.

While a number of developed countries have imposed sanctions on Russia, many other countries, including notably India and China, have not. As Russia is able to acquire foreign currency via trade with those not involved in sanctions, it does not appear to have suffered any particular harm from the measures.

Japan’s oil and gas imports from Sakhalin may continue for the moment, but if they suddenly cease, it would be difficult to procure alternatives, as supplies are tight worldwide and prices are skyrocketing. Some estimates put the potential extra cost at ¥1 trillion or ¥2 trillion.

Even if imports do continue for the moment, though, it will not be easy to repair relations with Russia, so supplies from the country are no longer reliable.

One cause of the energy crunch is the shutdown of thermal power plants using fossil fuels. The Japanese government has set goals of reducing carbon dioxide and other greenhouse gas emissions by 46% from 2013 levels by 2030, and achieving net zero emissions by 2050. Thermal power plants, which account for around 40% of Japan’s carbon emissions, have become the main targets of this decarbonization policy.

The large-scale introduction of solar power generation facilities, heavily subsidized by the FIT system—feed-in tariffs for renewable energy, which provide payment to generators of solar or other renewable power who feed it into the electricity network—also contributed to thermal plant closures. As the fossil-fuel plants reduced operations, decreased sales meant that they could no longer afford operating and maintenance costs.

The lack of thermal plants has made it impossible to deliver the electricity that consumers need during an energy shortage. Solar power is affected by weather conditions, making it unable to provide a stable supply. In Japan, an additional challenge is how to address energy shortages during the night, when there is no solar generation. On March 22, when the TEPCO service area was on the verge of a major blackout, solar facilities generated almost no electricity throughout the entire day.

Thus, to ensure stable power supplies, it is essential to pay reasonable prices to maintain plants with reduced operations. However, supporting thermal plants goes against decarbonization policies, and supporting existing utilities is contrary to deregulation of electricity, so this measure has been neglected.

The energy crunch has major effects on not only ordinary households but also the economic activities of companies. It is clear that Japan needs to find a solution for this serious issue.

There has been growing momentum to restart idled nuclear power plants. Ruling party lawmakers, industry leaders, and even Prime Minister Kishida Fumio have discussed the need for restarts. The move would ease energy shortages and help to relieve the pressure on global demand for fossil fuels, leading to lower prices.

On June 13, Prime Minister Kishida appeared on a Nippon TV program and said, “Operating one nuclear plant would have the same effect as releasing one million tons of LNG on the global market.” He indicated that he intended to move quickly to restart nuclear power plants whose safety has been confirmed.

The global energy crisis has prompted countries around the world to reconsider nuclear power. France supplies 67% of its electricity through nuclear plants, and it plans to build six new reactors to achieve carbon neutrality.

As Japan shut down its nuclear plants without any legal basis, it should first consider restarting them. Above all, the government must show a firm resolve to get the job done. If it does not, it is hard to imagine reviving nuclear power generation, which has seen restarts repeatedly delayed over the past decade.

The main obstacle to restarts is the slow safety review process for the Nuclear Regulation Authority’s new standards. There are also issues connected with obtaining the agreement of local authorities for restarts in cases like the Kashiwazaki-Kariwa facility in Niigata Prefecture, and the Tōkai Daini plant in Ibaraki Prefecture, even though there is no legal obligation to obtain this approval.

The legal grounds for shutting down all nuclear reactors because of the need to “backfit” them to meet retroactive safety standards, an extremely questionable approach, means that rewritten regulations are applied to existing facilities. No other country operates in this manner.

While legislation on regulation of nuclear reactors does not require them to cease operations to meet backfitted standards, the broad discretionary powers given to the NRA have been interpreted as allowing it to force shutdowns. But there is no clear legal basis for deciding whether to shut down reactors until they can meet new standards, or determining what transitional measures to take in the meantime. Ultimately, this seems to rest only on the discretion of the NRA, which has not provided any formal documentation calling for regulations to be applied immediately.

Operating licenses for nuclear reactors issued before the application of new standards are still legally valid, and if the NRA changed its policy to allow them to run while implementing appropriate transitional measures, this would make restarts possible.

Another measure for tackling electricity rates can be seen in the 2022 House of Councillors election pledge by the Democratic Party for the People to reduce bills by an average of around ¥10,000 a year by abolishing the FIT surcharge on consumers, intended to help utilities recoup the costs of purchasing renewable energy. The surcharge currently amounts to some 10% of electricity rates, with plans for future increases.

Incidentally, the DPP pledge proposed covering the reduction in income through the use of financial reserve funds, but this is not sustainable.

Simply stopping abruptly is not possible, though, as it would infringe the property rights of renewable energy businesses that have invested in infrastructure to make use of this system. However, action is needed to stop the FIT burden on citizens from increasing, such as by suspending bidding for new projects and greatly reducing the purchase price of expensive projects that have not started construction.

The Pitfalls of Deregulation

While restarting nuclear plants will provide some relief for energy shortages in the short term, the ongoing deregulation of electricity and separation of the generation and distribution businesses will lead to reduced operations at thermal plants during normal times, as well as further plant closures.

Before the electricity industry was deregulated, vertically integrated companies were responsible for supply in 10 regions across the country, and they managed generation, distribution, and retail, allowing them to optimize their overall operations and ensure a stable supply alongside economic efficiency. This also meant that they could make very long-term investments, such as in the contruction of new nuclear power plants.

However, under the current system, the optimization of generation and retail takes place in a piecemeal fashion, and nobody has any effective responsibility to supply electricity. From the perspective of economic efficiency, power companies can make the “correct choice” to close down thermal plants with low levels of operations, which results in a chronic electricity supply crunch. Experts identified this problem a decade ago, and it has turned out as they predicted.

A stopgap measure would be to increase payments for generation capacity to give businesses an incentive to maintain thermal plants with reduced operations.

The fundamental problem, however, is that there is no body with overall responsibility for supplying Japan’s electricity. In the name of deregulation, the government has broken up and weakened the major power companies, while failing to institute systems for securing a stable supply, leading to the present power shortages. It appears that strong, responsible, integrated utilities are still needed to ensure stability in supply from a long-term, strategic perspective.

No matter how much the government tinkers with the minutiae of market rules, without a U-turn on deregulation and a return to the vertically integrated system, it will not be possible to secure stable, affordable supplies of electricity.

(Originally published in Japanese on July 25, 2022. Banner photo: Tokyo Skytree delays its illumination due to concerns over an energy crunch in the evening of June 29, 2022. © Jiji.)