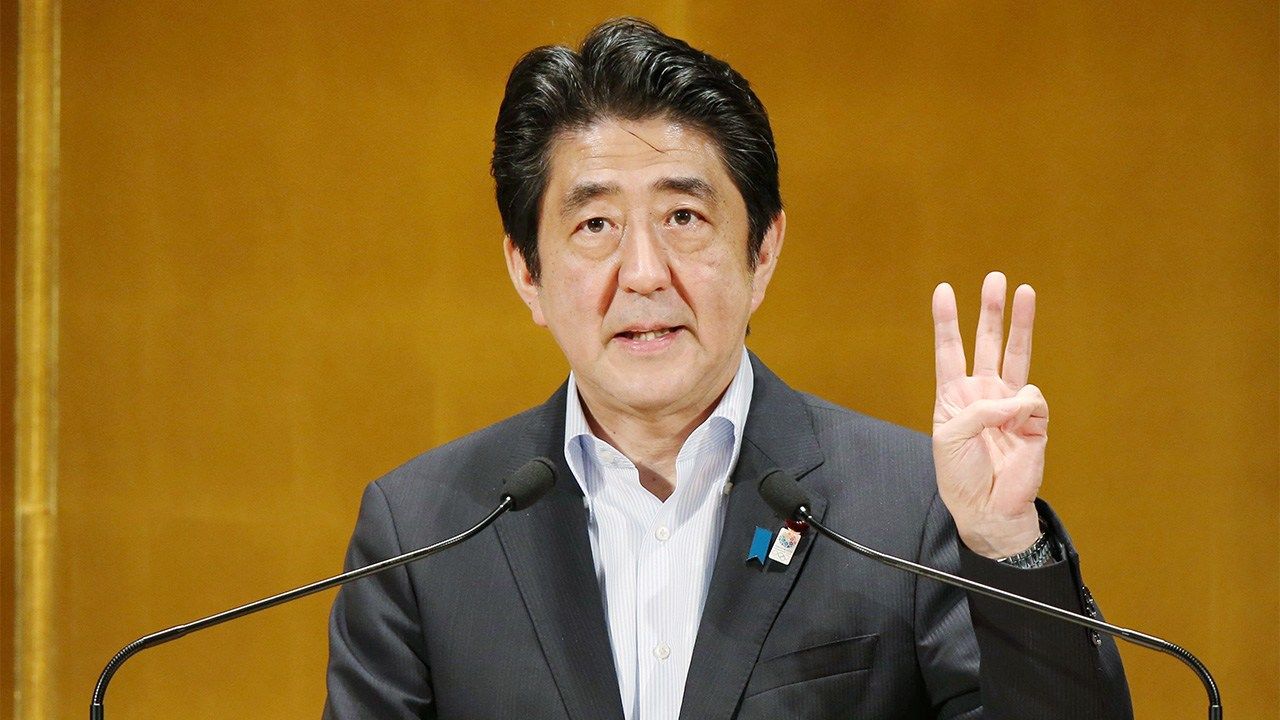 The Risk of a Normalized Abenomics

Politics Economy Sep 8, 2022
Following the July 8 assassination of former Prime Minister Abe Shinzō, such issues as the suitability of a state funeral and the relationship between politics and religion have been widely discussed. But there is a need at this time to objectively examine the political ambitions that animated Abe.

The Politicization of Macroeconomic Management

Constitutional reform, the strengthening of Japan-US security arrangements, foreign diplomacy spanning the globe, and Abenomics can be cited as the four pillars of the political ambitions that animated former Prime Minister Abe Shinzō.

While each of these pillars is worthy of thorough examination, Abenomics stands out for the way politicians intervened to set the direction of macroeconomic policies—a task that was once left to technocrats. Such politicization has continued in the two administrations following Abe, those of Suga Yoshihide and Kishida Fumio.

Unlike the fields of foreign diplomacy and national security, which are determined by political concerns, macroeconomic policy requires highly specialized knowledge. For this reason, opinion is divided about Abenomics in Japan, and fierce debate continues to this day. While maintaining that a full evaluation of Abenomics must await the normalization of monetary policy from its current easing of a “different dimension,” there is still value in examining the history and achievements of Abenomics to date.

This dependence on a single policy measure worried the Ministry of Finance, which sought to persuade Abe and Minister of Finance Asō Tarō to adopt a three-pronged approach that included fiscal policies and growth strategies, an approach that MOF had long favored. While Abe reluctantly accepted MOF’s suggestion, he persisted in his own views, gained the support of Bank of Japan Governor Kuroda Haruhiko, and saw the BOJ launch monetary easing described as being of a “different dimension.”

In short, the core of Abenomics consisted of bold monetary easing driven by politics. In Abe’s mind, the other two policy arrows were mere add-ons.

Monetary easing of a different dimension, launched with the support of the prime minister, did have initial successes. The yen weakened from 78 to the US dollar before the start of the Abe administration to the 100 level in about five months, and stock prices jumped from an average level of ¥8,600 to ¥15,000. In the autumn of the first year of his new policy package, Abe declared confidently, “Buy my Abenomics.”

However, despite BOJ Governor Kuroda stating his intent to achieve an annual increase of 2% in the consumer price index in about two years, this target proved difficult to reach. Becoming impatient, the BOJ then implemented a second round of QE in the autumn of 2014 and a negative interest rate policy in February 2016. The 2% inflation target, however, seemed ever more out of reach. Then in September 2016, to compensate for the deficiencies of the negative interest rate policy, the BOJ launched a yield curve control policy where both the short-term and long-term interest rates are controlled.

While this complex policy system was then nominally revised to respond to the COVID-19 pandemic, its basic framework continues unchanged to this day.

Prime Minister Abe surprised the BOJ in the spring of 2018 when he indicated that he would not insist on a date for achieving the 2% target when reappointing Governor Kuroda. Abe reasoned that it was not politically desirable to maintain a target that is never achieved. From around this time, he quickly lost interest in the inflation rate, and his attention shifted to fiscal policies, the second arrow of Abenomics.

Abe’s enthusiasm for fiscal expenditures only strengthened with the COVID-19 pandemic. Lavish spending programs were announced in succession, as represented by a ¥100,000 payment made to all residents of Japan. Ministry of Finance officials advocating sound public finances were placed at a distance, and Japan’s finances, already the worst among advanced economies, worsened further.

Despite these developments, the Abe administration remained in power, which the Cabinet Office attributed to success in raising the consumption tax twice and the recovery of tax revenues through Abenomics. The real lever here, though, was the power of the BOJ’s yield curve control policy.

If the long-term interest rate can be fixed at 0%, the interest rate of Japanese government bonds can be held to a low level, and the cost of interest payments can be curtailed no matter how many bonds are issued. While the outstanding balance of JGBs increased by ¥300 trillion from the start of Abenomics to fiscal 2021, their cost rose by only ¥500 billion. For this reason, the Abe administration and those that followed could engage in massive government spending without worrying about how it would be financed.

Once Abe gave up the post of prime minister, his advocacy of fiscal stimulus gained new momentum and began to sound much like Modern Monetary Theory, which argues that a state able to issue its own currency will never go bankrupt from budget deficits as long as inflation is avoided. A leader of the Liberal Democratic Party who served in Abe’s cabinet has stated that Abe was sentimentally an MMT sympathizer from around the time he became prime minister.

It should be evident that Abenomics, whose initial policy measure was QE, transitioned to yield curve control that came to support government finances. Bold monetary policies, the core of Abenomics, had the unintended consequence of making flexible fiscal policies possible.

What, then, were the changes that Japan’s economy experienced? Through Abenomics, the excessively strong yen corrected, corporate earnings recovered, and rising stock prices generated a wealth effect. The recovery of employment is also cited as a result of Abenomics. In the nine years since 2013, the number of employed persons rose by 4.33 million, and the positive turn of the employment environment is thought to have contributed to increased support for the Liberal Democratic Party among young people. These are all important political achievements.

Some 60% of the increase in employment, however, concerned nonregular positions. As a result of the growth of part-time jobs, labor productivity actually declined.

The economy’s real growth rate averaged only 0.6% during the 10 years of Abenomics (the government outlook is used for fiscal 2022). This is little different from an average growth rate of 0.63% for the so-called deflationary period of fiscal 2003 to fiscal 2012. These two periods are also similar in the way the economy grew strongly during the first five years and then lost momentum in the second five years.

In the case of inflation, the consumer price index rose by an average of 0.6% from the start of the Abe administration to the date of Russia’s invasion of Ukraine. Once the upside effect of two consumption tax increases and the downside effect of the start of free preschool education are excluded, CPI is estimated to have increased by an average of 0.4% during the same period. This means that Abenomics was powerless to change an inflation rate that has trended around 0% in Japan.

High Hurdles in the Way of Changing Course

Meanwhile, the price that Abenomics imposed on the economy was not insignificant. First of all, due to the huge quantity of assets the BOJ has added to its balance sheet, the markets for JGBs and exchange-traded funds have come under central-bank control, and they are becoming paralyzed in their function of signaling economic fluctuations. Prolonged monetary easing has squeezed the banking business and is damaging the financial system again. The loosening of fiscal discipline is entailing the risk that the downgrading of JGBs will invite the sharp increase of the long-term interest rate and trigger a sudden crisis for government finances.

Of the greatest concern is the prospect that prolonged monetary easing will undercut the economy’s growth potential and prompt a quiet ebbing of Japan’s economy. This possibility is suggested by the fact that only the Japanese economy has failed to rebound sharply as the COVID-19 pandemic winds down.

Despite this prospect, administrators have grown comfortable, not worrying about the funding of public finances and hoping that monetary easing of a different dimension will continue as long as possible. The unexpected death of Abe, however, has likely increased the political hurdles to changing the course of economic policies.

Currently, the shorting of JGBs by foreign investors is being viewed as a sign that they are beginning to question the sustainability of the BOJ’s yield curve control. While the BOJ is buying massive amounts of JGBs to support its policy, no one in a position of authority knows for certain whether the market’s rebellion can be quelled, whether yield curve control can be sustained, or whether the BOJ can close out its position without causing disorder.

Rather than the discussion of exit strategies, what needs serious debate at this moment are the risks associated with normalizing the deformed policies left by a former prime minister.