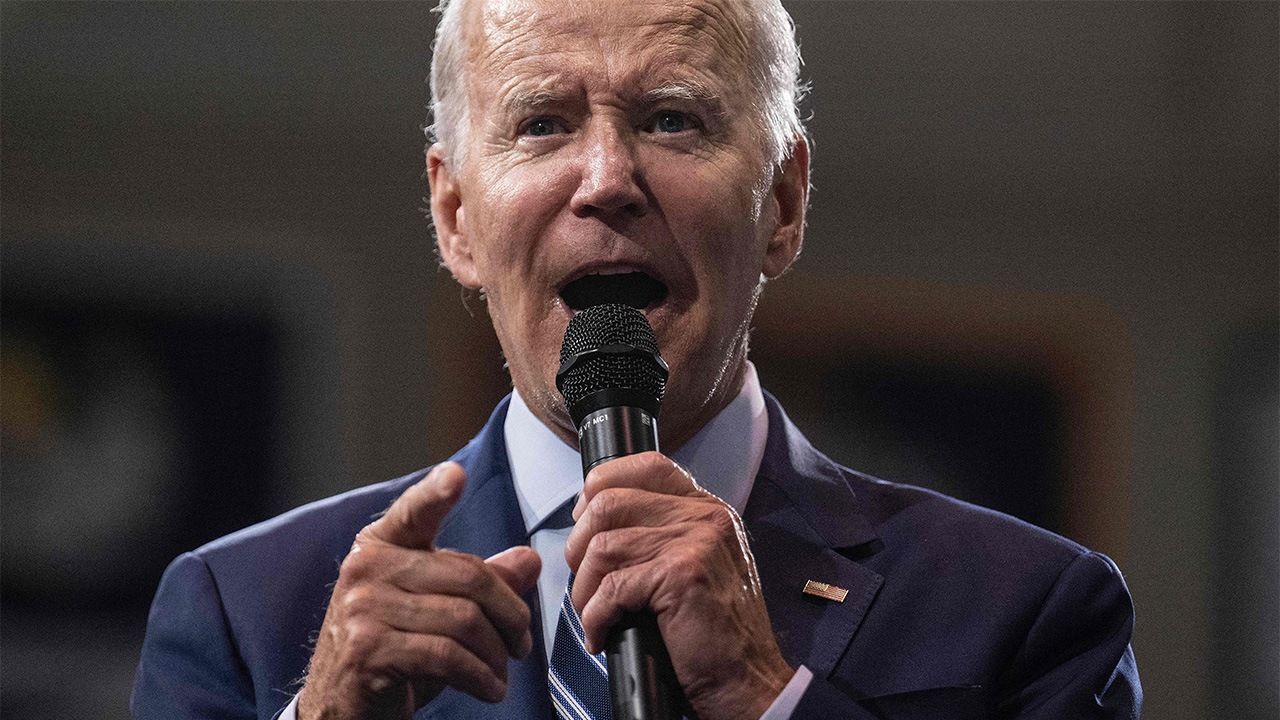 Eyes on Trump and the US Midterms: Crossroads for American Politics?

Politics Oct 3, 2022
Veteran journalist and Washington watcher Aida Hirotsugu discusses the significance of the upcoming US midterm elections for Trumpism and the partisan realignment that is transforming US politics.

The November 8 US midterm elections are right around the corner, and the congressional races are drawing worldwide attention as a measure of the power and influence of former President Donald Trump. During the primary elections to choose the two major parties’ candidates, Trump tightened his control over the Republican Party (GOP) in hopes of recapturing the White House in 2024. Meanwhile, federal and local authorities are pursuing multiple investigations into Trump’s conduct, including alleged election interference, the president’s role in the January 6 insurrection, and the removal of classified documents from the White House. Concerns about a Trump comeback and its implications for American democracy are exacerbating global angst in a world already deeply shaken by the COVID-19 pandemic and the Russian invasion of Ukraine.

The US midterm elections take place once every four years, at the halfway point between presidential elections. They are held to fill all 435 seats in the House of Representatives and one-third of the 100 Senate seats (35 this time around). Also up for grabs on November 8 are 36 out of 50 state governorships, along with other state and local posts.

Historically, the president’s party has tended to lose ground in these elections. Since 1950, the governing party has lost an average of 3 Senate seats and 25 House seats per midterm election. In 2010, halfway through the first term of the relatively popular President Barack Obama, the Democratic Party lost 6 Senate seats and a full 63 House seats.

Although the popularity of the incumbent president certainly plays a part, local issues frequently dominate state and local election campaigns, making the results unreliable predictors of the presidential election to come. What makes this midterm special?

Biden and the Double-Edged Abortion Ruling

One factor is President Joe Biden’s extraordinarily low numbers. In July, his public job approval rating dropped to 37% (according to RealClearPolitics), placing him alongside Trump as one of the least popular presidents of the post–World War II era. A July New York Times/Siena College poll found that 64% of Democratic voters wanted someone other than Biden to be the Democratic presidential nominee in 2024. The biggest factor behind the latest slump in the president’s approval ratings is doubtless inflation, which hit 9% in June for the first time in 40 years and has outpaced growth in wages.

The Democratic Party currently maintains a razor-thin majority in Congress, controlling 220 out of 435 seats in the House and just half of the 100 Senate seats, with the vice-president acting as tie-breaker. A few months ago, pundits looked at Biden’s approval ratings and predicted heavy midterm losses for the Democrats, but recent trends have raised the Democrats’ hopes somewhat. Gasoline prices have fallen from their spring peak, helping to blunt inflation. Moreover, the Democratic-led Congress has passed significant legislation, including the $430 billion Inflation Reduction Act (a much smaller package than Biden had originally proposed but an achievement nonetheless), new gun control legislation, and a law authorizing government funding for semiconductor research and production. Biden is also wooing young voters with a student loan forgiveness plan announced on August 24. Earlier in the month, the president confirmed the death of al-Qaeda leader Ayman al-Zawahiri in a CIA counterterrorism operation in Kabul (as if in compensation for the disastrous withdrawal from Afghanistan that so damaged his standing a year earlier).

The Democrats have also received an unexpected boost from the conservative-dominated Supreme Court’s June 24 ruling reversing the high court’s 1973 Roe v. Wade decision on abortion rights. Religious conservatives had been lobbying for a half century to overturn Roe v. Wade, which established a woman’s right to end her pregnancy any time before the point of fetal viability. But the June decision, initially viewed as a victory for Republicans, has had the effect of rallying the Left and women in general. In a referendum in early August, voters in the solidly conservative state of Kansas voted no on a referendum calling for a state constitutional amendment revoking women’s right to an abortion.

The president’s approval rating has climbed back above 40%, and recent opinion polls show voters roughly divided as to whether they will back a Democratic or Republican congressional candidate in the upcoming election. As of early September, analysts were predicting that the Democrats would maintain their bare majority in the Senate. The GOP is still expected to overtake the Democrats in the House of Representatives, but only by a margin of about 10 seats—far less than the landslide previously predicted. All that said, much could change between now and November 8, particularly with regard to inflation, the single biggest election issue.

Eyes on Trump and His GOP

If Biden’s Democratic Party loses control of Congress, then the nation will face two years of legislative gridlock and political dysfunction. But that may not be the worst of it. The real concern among America watchers worldwide is that Donald Trump will position himself for another successful presidential bid.

Since his 2020 loss to Biden, Trump has continued to consolidate his control over the GOP. Of the 189 Republican candidates Trump endorsed in Senate, House, and gubernatorial primaries up through August 23, 2022, a full 180 will advance to the general election on November 8 (according to the polling website FiveThirtyEight). While most of the 189 were incumbents,10 were non-incumbent “assassin candidates” charged with unseating sitting Republicans who had incurred Trump’s disfavor, and 6 of those “assassins” succeeded in their mission. Prominent among the fallen incumbents was Representative Liz Cheney, the daughter of former Vice-President Dick Cheney. A stalwart conservative Republican in the traditional mold, Liz Cheney was elected to the House of Representatives from Wyoming in 2020 with more than 70% of the vote. But she sealed her doom with her vigorous public criticism of Trump’s election denial and his role in the January 6 insurrection. In the August 2022 Wyoming Republican primary, she was trounced by one of Trump’s chosen, coming away with less than 30% of the vote. From Trump’s standpoint, such victories are stepping stones to the presidency in 2024. Historically, they testify not only to Trump’s sway over the GOP but also to the retreat of traditional mainstream Republicanism. They also speak to a broader partisan realignment with the potential to transform US politics over the long term (see below).

What makes this election season especially bizarre is the fact that Trump is currently the subject of four separate investigations that could lead to criminal charges. In early August, the Federal Bureau of Investigation searched Trump’s sprawling Mar-a-Lago residence in southern Florida in connection with allegations that he illegally removed classified materials from the White House. Meanwhile, the Justice Department is carrying out a probe paralleling the House hearings on the January 6, 2021, attack on the Capitol and Trump’s role in the event. The Atlanta-area district attorney is leading an inquiry into efforts by Trump and his allies to overturn his 2020 election loss in Georgia. And the Manhattan district attorney is pursuing a criminal investigation of the Trump Organization on allegations that include fraud and tax evasion. All of this is casting a long shadow and adding further uncertainty to the midterms and the presidential election in 2024.

Paradoxically, the FBI raid on Mar-a-Lago seems to have had the effect of rallying the GOP troops around the ex-president. In a Morning Consult/Politico poll, 58% of Republican voters said they would vote for Trump if the 2024 presidential primary were held today, up from 54% in July. A record-high 71% said that Trump should run for president in 2024.

With the midterms approaching, top Justice Department officials are said to be considering scaling back their investigations into Trump to avoid the appearance of election interference. One cannot rule out the possibility of an “October surprise”—something like the FBI’s bombshell announcement, days before the 2016 election, that it was reopening its investigation of Hillary Clinton’s use of a private email server when she was secretary of state. On the whole, however, it seems reasonable to assume that the ultimate aim of the probes is to prevent Trump from winning the presidency in 2024. Under the circumstances, we can expect the authorities to proceed thoroughly and carefully.

Ever since Trump was elected president in 2016, there have been clear signs that America’s two-party system is in transition. Even if the names of the two parties stay the same, a major change in the composition of their support base signals a partisan realignment. The Democratic Party is becoming skewed toward America’s college-educated “moneyed elite” and is losing support among working-class voters. Matthew Thomas of the Democratic Socialists of America has produced data indicating a shift in the class composition of the Democratic presidential primary electorate between 2008 and 2020. Focusing on 16 states that held their primaries before the nomination was locked up, he found that counties where the median household income was under $60,000 per year (below the US median) went from contributing 35% of the presidential primary vote in 2008 to just 29% in 2020. Meanwhile, the contribution of counties where the median income was over $80,000 per year rose from 25% to 31%. The DSA has criticized this trend and called on the Democratic Party to strengthen its focus on workers and the redistribution of wealth.

Representative Jim Banks of Indiana, chairman of the House Republican Study Committee, echoes Thomas’s findings and is bullish about making the GOP the party of working-class voters. In a March 2021 memo to House Minority Leader Kevin McCarthy, Banks cited growth in support for Trump among workers (loosely defined as those without a college degree) between the 2016 and 2020 presidential elections—an increase that was not limited to white voters, as is widely assumed. According to the memo, support among Hispanic workers rose from 24% to 36%, while that among working-class African Americans workers went from 9% to 12%. Among those who contributed to presidential campaigns in 2020, he wrote, Trump was the choice of 79% of mechanics and 60% of small business owners. Biden, by contrast, secured the support of 86% of marketing professionals and 73% of bankers. Based on such data, the policy group calls on the Republican Party to “permanently become the party of the working class.”

Further evidence of such realignment can be seen in the positions of certain promising young Republican politicians with their eyes on the post-Trump era. Senator Josh Hawley of Missouri has called for a $15 alternative minimum wage—a measure also promoted by Senator Bernie Sanders of Vermont, a self-described democratic socialist. Senator Marco Rubio of Florida has endorsed a unionization drive by workers at the online retailing giant Amazon. Such developments are suggestive of an incipient reversal of roles between the GOP, long known for its ties to big business, and the Democrats, traditionally supported by organized labor. Meanwhile, centrists have joined forces to launch a third political party. In the run-up to the 2022 midterms, we may be witnessing the beginnings of a historic upheaval in US party politics.

(Originally published in Japanese on September 12, 2022. Banner photo: US President Joe Biden touts his plan to reduce gun violence in an address at Wilkes University in Wilkes-Barre, Pennsylvania, on August 30, 2022. ©AFP/Jiji.)