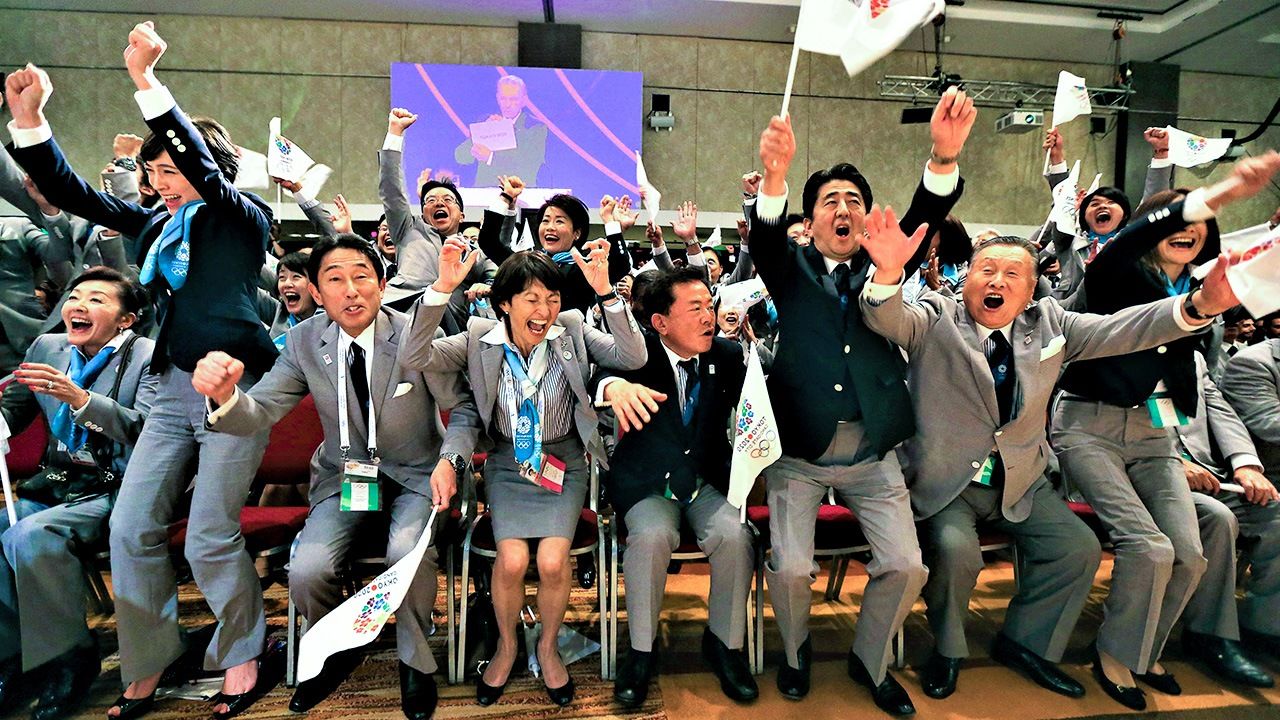 Sports Economy Society Oct 18, 2022
The arrest and indictment of Takahashi Haruyuki, a former Tokyo 2020 organizing committee executive and one-time a senior figure at advertising agency Dentsū, for receiving bribes has sent shockwaves through the sports world. Journalist Takiguchi Takashi argues that greater transparency is needed to restore the reputation of the Olympic brand.

The More the Merrier

Advertising giant Dentsū was named as the exclusive marketing agency for the Tokyo 2020 organizing committee on April 17, 2014. In a subsequent statement, the firm vowed to leverage its “sports business knowledge and know-how” and to “channel all the Group’s resources” toward the success of the Olympic and Paralympic Games.

Through Dentsū, the organizing committee assembled 68 sponsors, categorizing these based on the amount organizations were contracted to pay. There were 15 gold partners, 32 official partners, and 21 official supporters (one of the latter was only a sponsor of the Paralympics). Total sponsorship money amounted to ¥376.1 billion, or three times the total of the London games in 2012, which was said to be the highest ever.

Tokyo 2020 was notable for breaking the custom of selecting only one sponsor company per industry. This had effectively been a hard-and-fast rule in the sports business and led to higher income from sponsorship deals following the 1984 Los Angeles Olympics, which fired the starting gun for increased commercialization. Having only one sponsor from each respective industry spurred corporations to set aside huge sums to avoid losing lucrative sponsorship deal to rivals, expanding the scale of sports business.

The Japanese corporate world would have anticipated a similarly competitive situation at Tokyo 2020. It would be the first Summer Olympics to be held in Japan for 56 years, and Japanese companies were eager to be picked as sponsors to avoid damaging their brand by missing out. This sense of crisis over potentially losing out to rivals may have been at the root of the latest scandal—in which former organizing committee and Dentsū executive Takahashi Haruyuki was arrested on suspicion of receiving bribes.

From the standpoint of finding sponsors, however, it became a case of “the more the merrier.” Sponsorship categories were subdivided, and multiple companies in industries like media, finance, travel, and printing were able to get involved. This approach succeeded in raking in massive amounts of money.

In 2005, Michael Payne, the first marketing director of the International Olympic Committee, published Olympic Turnaround, describing how the Olympics became the world’s biggest brand—a Japanese translation was published in 2008.

With his Olympic business experience, Payne provided fascinating details. He recalls one telling story from when the Los Angeles organizing committee was negotiating to find sponsors for the 1984 games. The committee seemed to be on the verge of finalizing a contract with Eastman Kodak, but the US company continued to hold out in an obvious bid to lower its financial commitment.

Looking for other options, Peter Ueberroth, the chairman of the organizing committee, turned to Dentsū. Representing the Japanese company as pioneers in the Olympic business were Hattori Yōichi and a young Takahashi Haruyuki. Dentsū responded to Ueberroth by lining up Fuji Photo (now Fujifilm), which signed a contract after just one week. The firm recognizing an opportunity to break into the US market and delivered rival Kodak a marketing disaster on its home turf.

Following Takahashi’s subsequent rise to head of Dentsū’s sports and culture division, Payne wrote a memo suggesting that Takahashi was Japan’s most influential executive for sports and other events.

The commercial success of the 1984 games led to the Olympics becoming the world’s biggest event. However, Payne had bitter memories of the Atlanta games in 1996, which was derided as the so-called Coca-Cola Olympics. The soft drinks giant was headquartered in the city and had a long sponsorship relationship with the Olympics. The organizing committee struggled to control the subsequent wave of commercialization as Atlanta was flooded with businesses jumping on the Olympics bandwagon. Stalls and merchants targeting tourists popped up around the city, causing widespread chaos.

The IOC learned from the experience the need to maintain a clean image. It consequently banned advertising billboards in venues and other locations to prevent vendors from trying to jump in and make a profit.

Payne offers eight lessons of the Olympics based on his time under the presidency of Juan Antonio Samaranch. The sixth is the most applicable to the present scandal, warning of the importance of handling the “gray areas” bordering on illegality that are apt to emerge. Payne stresses the need of a dedicated group to manage the Olympic brand, and says that neglecting this is an abdication of responsibility by the IOC.

It turned out indeed that there were “gray areas” in sponsorship contracts for the Tokyo games that led to the Takahashi scandal. Money swirled around Takahashi, with large sums of cash being paid out in the form of “consultancy fees.” If the organizing committee members had not effectively been considered as public servants, the scandal might not even have come to light.

Dentsū’s influence was everywhere. The firm oversaw all behind-the-scenes negotiations. A consulting company boss, a former employee of the agency, was arrested along with Takahashi. Several Dentsū employees were seconded to work on the organizing committee. Ultimately, Dentsū took on most of the jobs related to marketing, and there seems to have been no margin for rigorous checking of its actions.

Beyond the organizing committee, many of Japan’s national sports federations depend on Dentsū and other advertising agencies to round up sponsors and negotiate broadcast rights. Sport federations rely on the expertise of these companies to help them navigate complex broadcasting contracts, but the Takahashi scandal shows that it is time to rethink marketing, particularly when Japan is looking to host the Olympics again.

As the current corruption scandal grew, Sapporo Mayor Akimoto Katsuhiro, who looks to bring the Winter Olympics to his city in 2030, canceled a meeting with IOC President Thomas Bach at the IOC headquarters in Lausanne. He had planned to combine it with a trip to Munich in mid-September, as part of celebrations of 50 years of sister city relations. However, he pulled out, claiming scheduling conflicts.

Sapporo’s rivals in the race to be the 2030 host are Salt Lake City and Vancouver. After an initial joint bid by Spanish regions Catalonia and Aragon fell through, there are reports that Catalonia will now make a solo bid. Each city has its own issues, but Sapporo’s are particularly notable.

The Hokkaidō city plans to fund operation of the games solely through private sector money. The arrests of former Dentsū executives will inevitable hinder Sapporo’s efforts to find sponsors and influence the IOC’s view of the Japanese bid

The IOC had initially hoped to finalize the candidate sites in December 2022 and make a formal decision through its board members at the IOC Session in Mumbai in May or June 2023. However, the session has now been postponed to September or October, ostensibly due to a conflict within the Indian Olympic Association, but the IOC may have anticipated it would take longer to decide on the 2030 host city.

The Olympic brand that Payne describes has been seriously damaged, and restoring its reputation means first ensuring transparency. Instead of leaving everything to advertising agencies and marketing firms, there needs to be a system for monitoring Olympic money, such as introducing a fair sponsorship bidding system and establishing a third-party checking organization.

The sports business Dentsū and others built was based on agencies acting as intermediaries to find sponsors for television advertising. However, it is now possible for organizations to advertise online without going through an agency. The sports world needs to build a new business model that is in step with changes in the industry.

Sports federations should consider establishing their own marketing division or to have specialist employees deal directly with finding sponsors. Examples of this are seen with various international bodies. It is also essential to develop human resources.

The latest scandal should not be seen simply as involving an individual or a company. We must look back on the commercialization of sports over the past half century and identify the lessons and issues. Without reflection in the sports world, it will not be possible to rebuild the reputation of the Olympics and trust in sports.

(Originally published in Japanese on September 20, 2022. Banner photo: Celebrations erupt as Tokyo is chosen as the 2020 Summer Olympics host at an IOC session in Buenos Aires, Argentina, on September 7, 2013. © Jiji.)