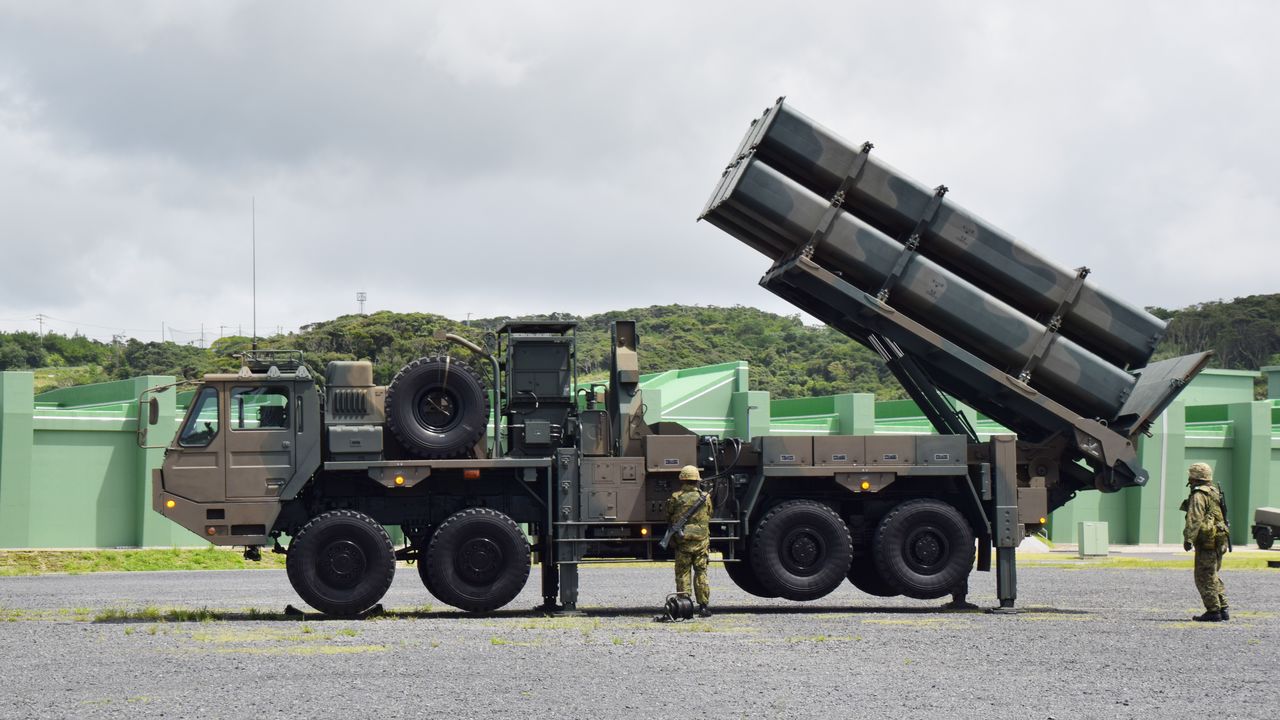 Politics Dec 5, 2022
Japan’s Ministry of Finance recently announced the total requested amounts for the 2023 budget. With general expenditures coming close to a record ¥66 trillion, Ministry of Defense requests stood out in particular. On top of the finalized portion of ¥5.6 trillion—already a record—the defense budget also included many “item requests” without specified costs. Below, we examine the MOD’s opaque budget wishes.

On September 5, 2022, the Ministry of Finance announced that over ¥110 trillion was requested for 2023 budget. Excluding national debt servicing costs and allocations for local tax grants, general expenditure requests came to a record of close to ¥66 trillion.

The estimated Ministry of Defense request for the 2023 fiscal year sat at ¥5.6 trillion for the finalized portion alone—already the largest ever. In justifying the request, the MOD identified seven key measures necessary to strengthen Japan’s defense capabilities in response to the drastically changing nature of warfare and regional environment.

Such measures include furnishing the Japanese Self-Defense Forces with “stand-off” capabilities that allow the SDF to project power from greater distances. Such capabilities would help to counteract China’s A2/AD (anti-access/area-denial) posture designed to undermine the US-Japan alliance’s ability to respond to regional contingencies. The budget request also identified the need to enhance “comprehensive air and missile defense capabilities” to deal with an increasing variety of aerial threats. Unmanned asset defense capabilities, including the types of drones proving their effectiveness in the ongoing war in Ukraine, were also singled out.

In a major departure from previous defense budgets, however, many requests came without specific price tags. Some senior government officials have speculated that the nearly 100 “item requests” will bring the final defense budget close to the mid-¥6 trillion range.

This sets the stage for a boisterous tug-of-war for the remainder of 2022, as different factions in the ruling parties and the Defense and Finance Ministries tussle to leave their mark on a landmark defense budget. After all, unlike previous years, the MOD has a tailwind in spending discussions thanks to Prime Minister Kishida Fumio’s publicly announced intention to “drastically strengthening defense capabilities within five years” and to “considerably increase defense spending.”

Awareness of this environment for “special procurement” has stimulated significant conjecture among defense officials, defense industry interests, and defense-related lawmakers about the final content of the budget. This includes accusations that some demands do not adequately consider cost-effectiveness. There are also whispers of a feud between defense-related Diet members and sympathizers of the late Abe Shinzō over what defense equipment is actually necessary.

This, in turn, has stimulated concern among defense specialists outside the government. More than the ultimate size of monetary commitments, such specialists raise questions about whether the budget negotiations process will result in decisions that actually enhance Japan’s national defense. 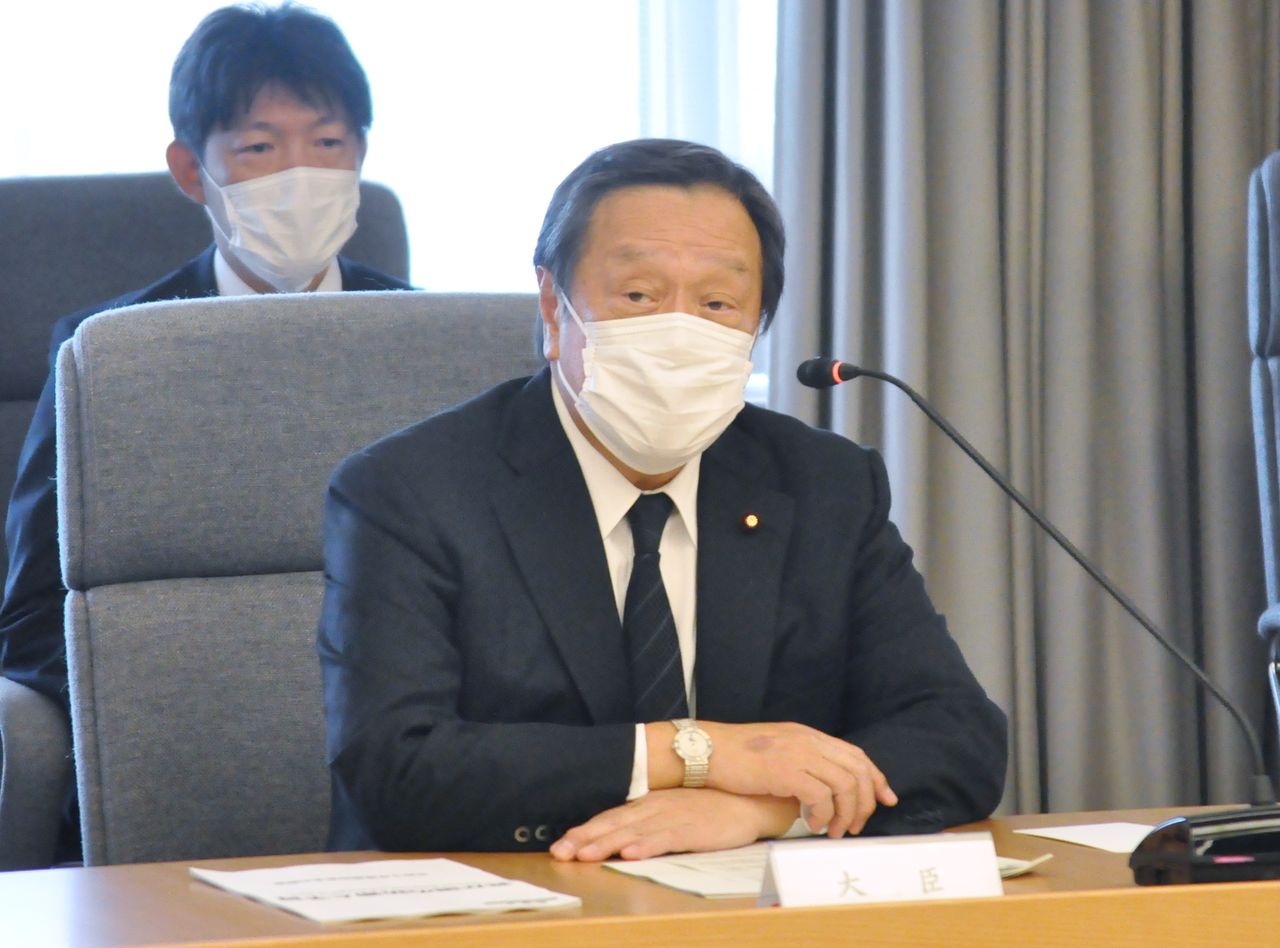 Two hardware platforms critical to defense strengthening measures deserve more attention. The first is the centerpiece of Japan’s enhanced standoff defense capability: the extension of the range of Type-12 surface-to-ship guided missile (SSM). The second is the building of new ships equipped with the Aegis ballistic missile defense system as the centerpiece of Japan’s enhanced comprehensive air defense capability. Both platforms have issues that require greater scrutiny.

Plans for the truck-launched Type-12 SSM include extending the missile’s range five times, from 200 kilometers to almost 1,000 kilometers. Furthermore, there are plans to increase the number of platforms the Type-12 can be deployed from, potentially enabling Japan to equip naval vessels and fighter aircraft with the long-range weapon. Depending on the launch point, an extended range of 1,000 kilometers would enable the SDF to project power into China’s coastal areas and North Korea’s inland areas.

The stated aim for Type-12 enhancement is to close the gap in missile ranges that puts the SDF at a disadvantage vis-a-vis the Chinese military. According to the US Department of Defense’s 2021 Military and Security Developments Involving the People’s Republic of China report, China possesses more than 2,000 ground-launched medium-range (300 km–5,500 km) missiles, including about 1,900 ballistic missiles and 300 cruise missiles. These weapons are the cornerstone of China’s A2/AD strategy to thwart the ability of the United States and its allies to intervene in a conflict within the “first island chain.” Many of these missiles are also capable of delivering nuclear warheads. Currently, the United States and Japan currently do not possess medium-range missiles, and if a missile fight broke out in the near future, the US-Japan alliance would be overwhelmed by a Chinese saturation attack and would struggle to mount a response.

In general, missile range extension is accompanied by high technological hurdles. The reliability of a missile is measured by its ability to detect, identify, and hit a target. The Type-88—the predecessor to the Type-12—had trouble detecting enemy naval vessels beyond the horizon using its onboard radar systems. One Ground Self-Defense Force official noted that, without targeting support, the range of the Type-88 was only 40 to 50 kilometers from the coast. To compensate for this weakness, plans envisaged using Maritime Self-Defense Force patrol aircraft to collect location data and provide guidance updates via satellite communications to the Type-88 to hit targets beyond its detection range.

The Type-12 has been improved to deal with such limitations and can be seamlessly updated in flight through direct links to GPS systems. The development of the ability to reliably hit targets as far as 1,000 kilometers inland has, however, still not been demonstrated. Incidentally, the Tomahawk cruise missile has the ability to identify and detect its own targets with an on-board electro-optical sensor called a Digital Scene Matching Area Correlator. It is further supported by the United States’ dense space infrastructure network that Japan lacks. Even if Japan’s defense industry were to mobilize all of its resources, it would be extremely difficult for Japan to create a domestic missile with Tomahawk-like capabilities.

This, therefore, leaves open the question of how the MOD envisages accurately hitting targets at the enhanced Type-12’s outer range of 1,000 kilometers. Japan’s patrol and early warning aircraft cannot reliably penetrate into the territory of hostile nations, and simply flying such aircraft could precipitate dangers going beyond the core military objectives of the moment. The opposition parties and some sections of the media have criticized the development of such capabilities, arguing that they constitute “enemy base attack capability” that violates the Constitution. The reality is, however, that an enhanced Type-12 would also be a weak deterrent against China and North Korea.

There is also significant concern over newly proposed MSDF Aegis BMD, or ballistic missile defense, vessels. The Cabinet approved the construction of two such vessels in 2020 after the abandonment of the land-based Aegis Ashore BMD system. Expectations for these new vessels is the provision of 24-hour, year-round coverage of the air space of the Sea of Japan to detect and, if necessary, intercept North Korean missiles. According to the design concept, these ships will have a standard displacement of approximately 20,000 tons, an overall length of under 210 meters, and an overall width of less than 40 meters. Compared to the MSDF’s Maya-class destroyers, which also make use of the Aegis BMD System, these new BMD-specialized vessels would displace twice as much while being 40 meters longer.

The design concept for these ships was distorted from the very start due to the SDF having already agreed to a contract with Lockheed Martin to purchase the SPY-7 radar system. SPY-7 is a large and power-hungry land-based radar that sits at the core of the Aegis Ashore system. At a loss as to how to utilize the radar, the authorities came up with the idea of installing SPY-7 on a ship. According to a MSDF official, not only does the radar consume a high amount of power, but the ship’s hull has had to be enlarged to provide more room for the crew to remain at sea for longer periods of time to guard against missiles traversing the Sea of Japan.

Initially positioned as an at-sea platform specializing in intercepting North Korean missiles, plans to equip the new vessels with Type-12 SSM missiles and giving them a role in countering the threat posed by China and Russia’s hypersonic missiles have also made their way into the design concept. As a result, the anticipated construction cost of the new specialized BMD ships has swollen rapidly, with the final cost likely to be more than ¥400 billion higher than simply implementing the original Aegis Ashore system.

Struggles over the SPY-7 BMD Ships

Arguably even more crucial than the question of cost is whether the new SPY-7 BMD ships’ onboard systems will be compatible with US Navy systems. The SPY-7 radar is an evolution of long-range discrimination radar technology originally developed by Lockheed Martin and installed in Alaska in preparation for countering hypersonic missile threats to the US mainland. It was never envisaged to be ship mounted. Furthermore, the US Navy is currently transitioning away from Raytheon’s SPY-1 air defense radar currently used on its Aegis-equipped ships to Raytheon’s next generation SPY-6 model.

The US Navy not only plans to install SPY-6 radars on its Aegis-equipped guided missile destroyers but also on aircraft carriers and amphibious vessels. Linking these platforms with a common radar infrastructure will enhance the Navy’s Cooperative Engagement Capability, which allows for monitoring of aerial threats and joint fire control among multiple ships and aircraft. It is also certain that the MSDF’s eight next-generation Aegis-equipped destroyers will use SPY-6. Only the newly proposed BMD ships will use the SPY-7 radars.

According to Raytheon, there are currently no plans for SPY-7 integration. How will Japan’s own SPY-6-equipped vessels and US Navy vessels operate with the SPY-7 BMD ships? One military expert familiar with the issue said that “The only option is for the Japanese government to negotiate directly with Lockheed and American military authorities to modify the SPY-7 system to make it compatible with the SPY-6 radar.” Of course, the significant development costs involved in doing this would have to be borne by the Japanese side.

Furthermore, there is the matter of providing protection to the SPY-7-equipped BMD ships, given their lack of self-defense capability. One of the reasons for installing the land-based Aegis Ashore system in the first place was to free up Japan’s other Aegis-equipped destroyers from missile surveillance duties in the Sea of Japan. These assets could then be redirected to focus exclusively on the defense of the Nansei Islands in Japan’s southwest maritime domain. If the SPY-7 BMD ship is commissioned, it would totally negate one of the key goals for installing a radar of this type in the first place.

Some LDP lawmakers familiar with defense issues and former members of the MSDF are well aware of the problems raised by this proposal. Although there are opinions in favor, the SPY-7 BMD ship is generally unpopular. Some have derisively called the idea a “Reiwa-era Battleship Yamato”—that is, it is simply too big and not fit for purpose. One MOD official dismissed the idea that it would come to fruition, saying that it is highly likely that the plan “is only being used as a bargaining chip in budget negotiations.” On the other hand, the SPY-7 BMD ships are supported by some members of former Prime Minister Abe’s faction who are engaged in an intense struggle with internal LDP opponents to the plan.

There are other problems with next year’s MOD budget request, but these two projects require immediate and rigorous examination. Disclosure of data and information on various capabilities and limitations is required so that both the Diet and the public can fully evaluate the merits and demerits of the proposals. If not, the “great military expansion” of the Reiwa era could result in failure and be seen in future years as actually undercutting Japan’s national defense. Wise and circumspect discussions on the best options are necessary and urgent.