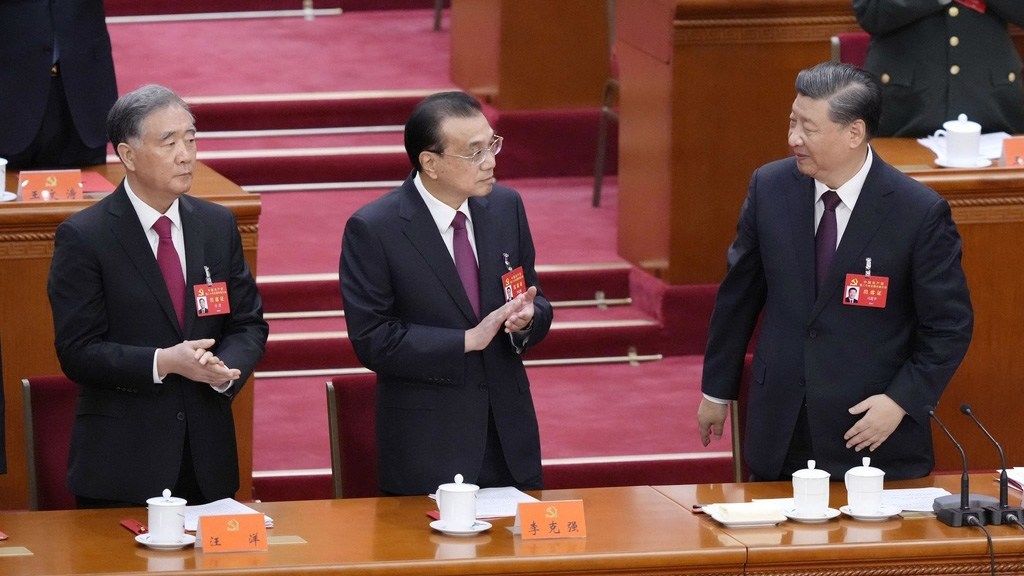 “Xinomics” and the End of the Chinese Dream

In June 2013, when President Xi Jinping’s regime was still in its infancy, the British investment bank Barclays Capital coined the term “Likonomics” to refer to the reform-oriented free-market economic policies of Premier Li Keqiang. The neologism did not catch on.

The report’s writers had jumped to the conclusion that President Xi, following precedent, would hand over management of the economy to his premier, a PhD in economics. After all, Premier Zhu Rongji had presided over economic affairs under President Jiang Zemin, as had Premier Wen Jiabao under Hu Jintao.

But as general secretary of the Communist Party of China and leader of the party’s Central Leading Group for Financial and Economic Affairs, Xi Jinping kept his premier (the group’s deputy leader) on a fairly tight leash. And the two men’s ideas about economic policy were like water and oil.

Rise and Fall of Li Keqiang

In the speech he delivered at the opening of the Summer Davos Forum in Tianjin in September 2014, Li Keqiang called for institutional reform to unleash “massive entrepreneurship and innovation by all.” As heir to Deng Xiaoping’s policy of “reform and opening-up,” he was placing his bets on the power of the market economy and the vitality of the private sector.

“Xinomics” is a different animal altogether. In a recent article in Foreign Affairs, Cai Xia, a former professor at the CPC’s Central Party School (currently residing in the United States), writes, “When Xi came to power, he came to see the private sector as a threat to his rule and revived the planned economy of the Maoist era. He strengthened state-owned enterprises and established party organizations in the private sector that direct the way businesses are run. Under the guise of fighting corruption and enforcing antitrust law, he has plundered assets from private companies and entrepreneurs.” According to Cai—a party insider prior to her expulsion in August 2020—Xinomics is essentially a policy of strengthening government control over the economy, reversing the trend toward reform and opening-up.

The conflict between Xi and Li continued to simmer over the next few years. At a press conference following the May 2020 National People’s Congress, Li stressed that there were “600 million people in China making around 1,000 yuan a month”—a statement that seemed to ridicule Xi’s vow to quickly eradicate absolute poverty and achieve a “moderately prosperous society.” The following month, on a tour of Yantai in Shandong province, Li offered encouragement to a group of street vendors (targets of an earlier crackdown by the Xi regime) for their resourcefulness during the COVID-19 pandemic, insisting that the “street-stall economy” was “an important source of jobs” and “part of China’s vitality.” The CPC-controlled media begged to differ.

In August 2022, just after China’s annual Beidaihe meeting (or “summer summit”), Li Keqiang visited Shenzhen, a city that had played a pivotal role in Deng Xiaoping’s reform and opening-up campaign as China’s first special economic zone. Placing flowers at the foot of Deng’s statue, Li stressed the need to continue along the path of reform, saying, “the Yellow River and the Yangzi do not flow backward.”

In retrospect, those remarks have the ring of a political last will and testament. Li announced his retirement from politics after being effectively removed from senior leadership at the Twentieth National Congress of the Communist Party of China this past October.

Xi, meanwhile, secured a precedent-breaking third leadership term and packed the Politburo Standing Committee with trusted loyalists—not one of them an economist. The news sent Hong Kong stocks plunging as foreign investors rushed to unload their Chinese holdings.

The new second-in-command will be Li Qiang, who oversaw the Shanghai lockdown, suggesting that Xi’s “zero COVID” policy will continue in force. Even more troubling is the leadership team’s seeming lack of concern about the future of the economy now that growth powered by overheated investment has hit a wall.

In 2004, under the Hu Jintao regime, public and private investment combined topped 40% of gross domestic product. China remains an outlier in this regard, with investment consistently surpassing consumer spending. A huge portion of this investment has gone into big infrastructure and real estate projects.

An overheated investment climate inevitably generates inefficiencies in the form of unproductive assets. A prime example is China’s high-speed rail network. Opened 15 years ago, it is already long enough to encircle the globe. It is an impressive achievement, but most of the lines are unprofitable, and the China Railway is currently laboring under a massive ¥120 trillion debt.

The Road to Stagnation

Even excluding the impact of the COVID-19 pandemic, China’s economic growth has been on a downward trajectory under Xi Jinping. Corporate, household, and government debt have all been skyrocketing. Years of overinvestment fueled a massive real estate bubble that is starting to collapse. And just as in Japan in the early 1990s, the collapse of real estate prices will surely usher in a financial crisis.

The warning signs are already apparent in the perilous state of China’s local government finance vehicles.

Local governments were key actors in the growth of China’s investment bubble, planning ambitious infrastructure and development projects, which they financed in part by selling user rights to state-owned land. They also set up entities called local government finance vehicles, or LBFVs, which invested funds raised from bond issues and bank loans, thus skirting legal restrictions on local governments themselves.

China currently has somewhere around 10,000 LBFVs at the provincial, district, and county levels, and together they shoulder more than ¥1 quadrillion in debt. As the real estate market slumps, analysts are warning that LGFV defaults are imminent.

Local infrastructure investment has long been the go-to tool for stimulating the Chinese economy—now struggling as a result of pandemic lockdowns. What will happen when that tool is no longer at hand? Already capital is fleeing China, spooked by the rise of “Xinomics.” Looking beyond the immediate future, a shrinking and aging population is bound to suppress growth over the long term.

Around 2010, many forecasters were predicting that China would overtake the United States as the world’s largest economy by 2020. Now they are questioning whether it can achieve that goal by the end of this decade—or ever.

(Originally published in Japanese on November 2, 2022. Banner photo: From right, President and General Secretary Xi Jinping, Premier Li Keqiang, and Wang Yang, chairman of the National Committee of the Chinese People’s Political Consultative Conference, in the Great Hall of the People, Beijing, following the closing ceremony of the Twentieth National Congress of the Communist Party of China on October 22, 2022. ©Kyōdō.)