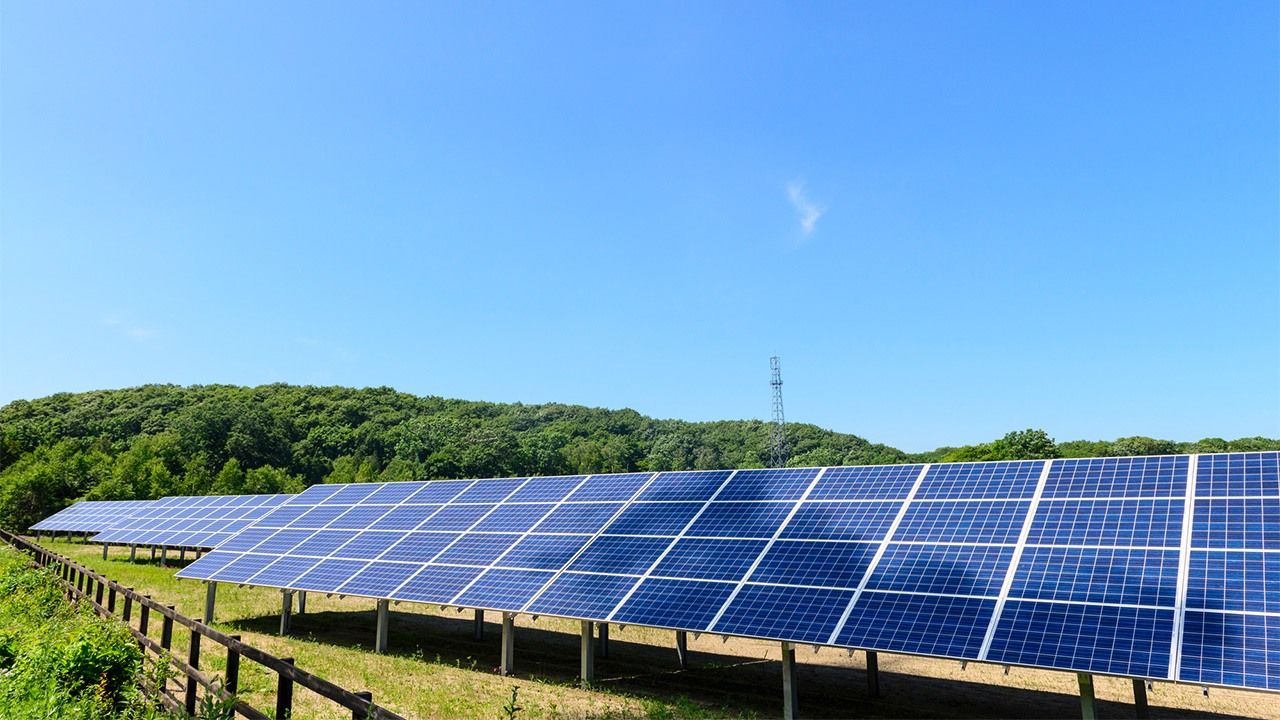 Economy Jan 31, 2019
The government’s steady lowering of the feed-in-tariff purchase price has brought a drastic fall in profits for solar energy companies.

Bankruptcies among solar-power firms, including companies involved in the sale or installation of solar energy systems, reached an all-time high in 2018, according to the private research firm Teikoku Databank. The total number of bankruptcies for the year was 95, an increase of 7 over 2017. Annual bankruptcies in this sector have risen year-on-year for five consecutive years since 2013. 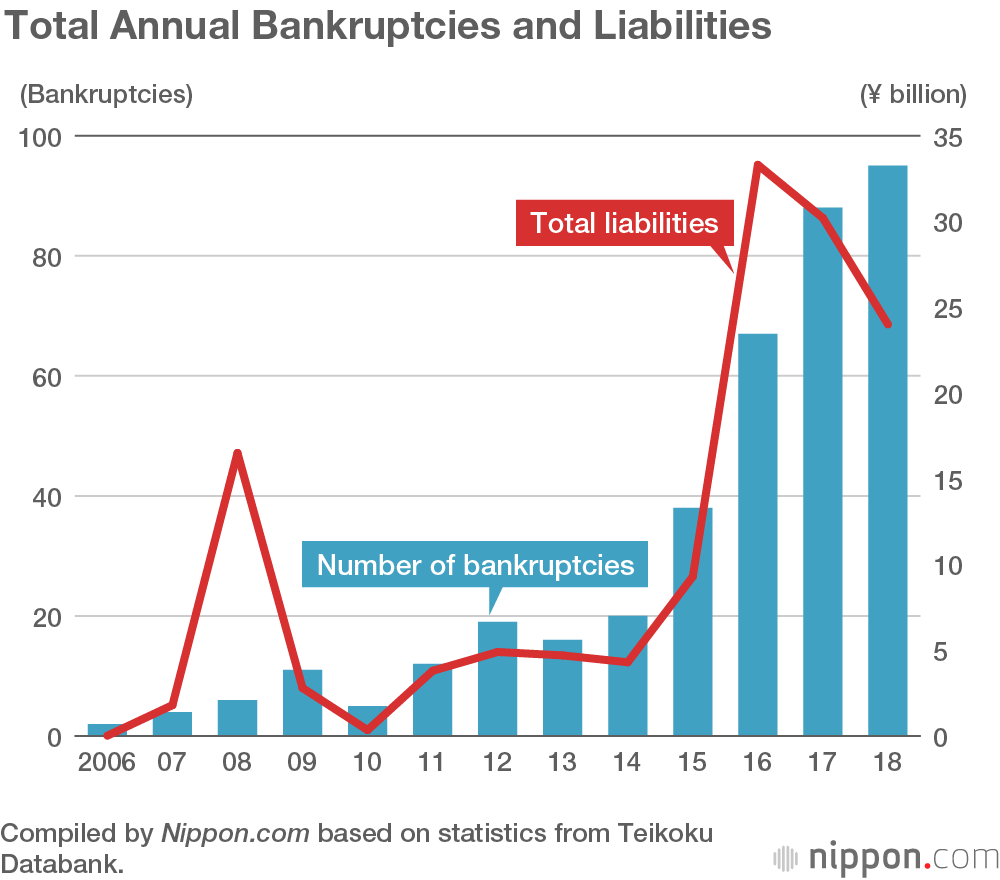 Total liabilities from bankruptcies in 2018 were ¥24.013 billion, down ¥6.233 billion or 20.6% from the previous year for a second consecutive annual decline. Part of the reason for the decrease is that the immediately preceding years coincided with the bankruptcies of two major solar firms, with Japan Logitec Cooperative Association going out of business in 2016 (liabilities: ¥16.282 billion) and Zen Power declaring bankruptcy in 2017 (liabilities of ¥520 billion).

The government introduced a “feed-in tariff” (FIT) in July 2012, making it obligatory for power companies in Japan to purchase all of the renewable energy made available from solar and wind power. This measure was introduced soon after the 2011 Great East Japan Earthquake, when the country faced power shortages. The aim was to promote the use of such renewable energy by setting a relatively high purchasing price.

However, the high cost created a burden on the electricity consumer. This situation led the Ministry of Economy, Trade, and Industry to gradually reduce the purchasing price, so that as of fiscal 2019 it is ¥14 per kilowatt-hour, just one-third the price at the time the FIT system was introduced. It is planning to drop this figure further to ¥8.5 in fiscal 2022. These moves have led to a drastic fall in profits for companies that had entered the market based on the assumption that the purchasing price would be high. And the wave of bankruptcies and curtailing of business due to the price drop seems likely to continue. 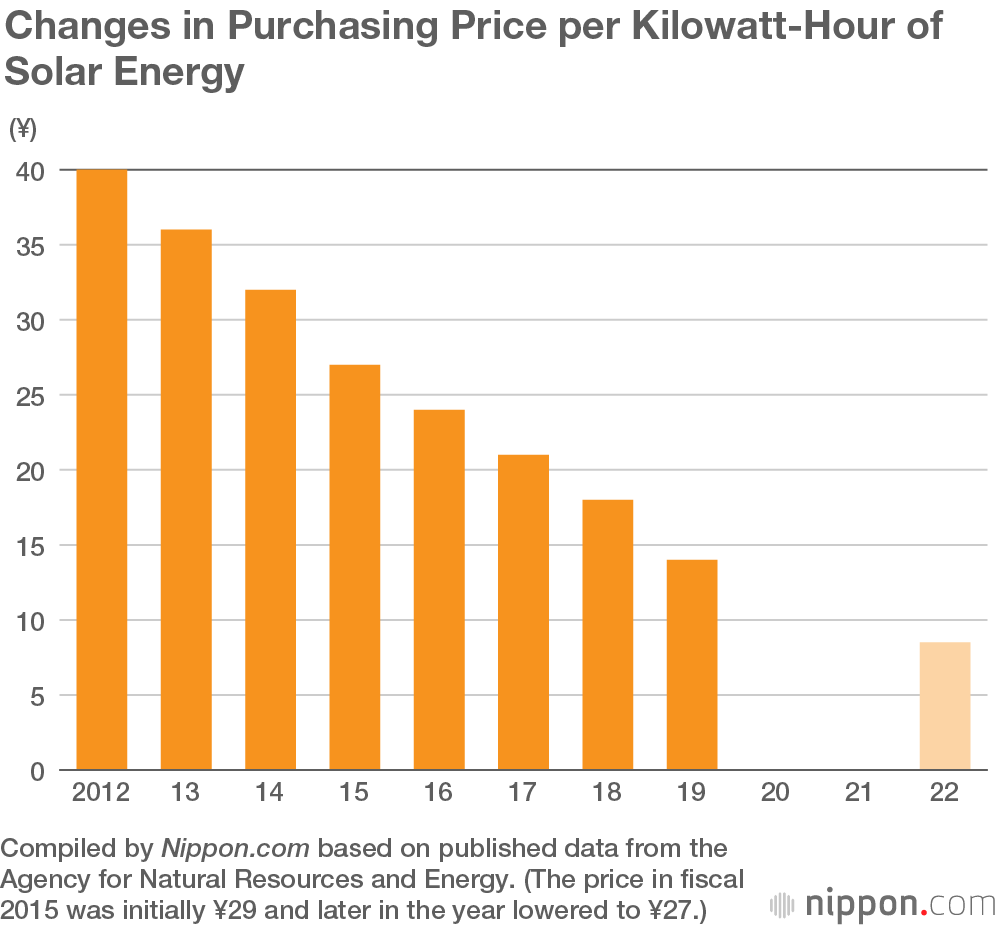