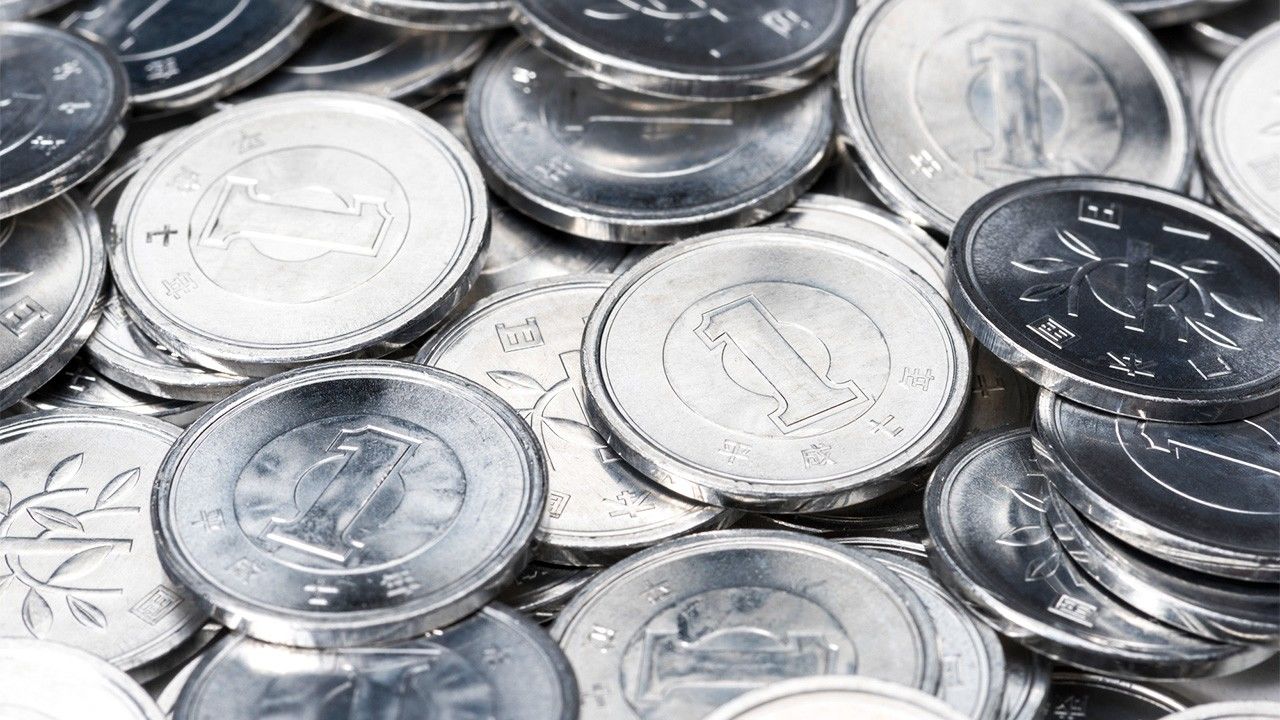 Electronic money usage is on the rise in Japan. Being able to make a payment at the touch of a card frees purchasers at convenience stores and kiosks from having to fish around for small coins or wait to receive change. This in turn reduces lines at the checkout counter.

Consequently, the use of ¥1 coins has been gradually decreasing. In 1989, the introduction of the 3% consumption tax was expected to increase demand for small change, so the government issued ¥2 billion in ¥1 coins each year for three years. The rise in circulation can be seen in the graph below. 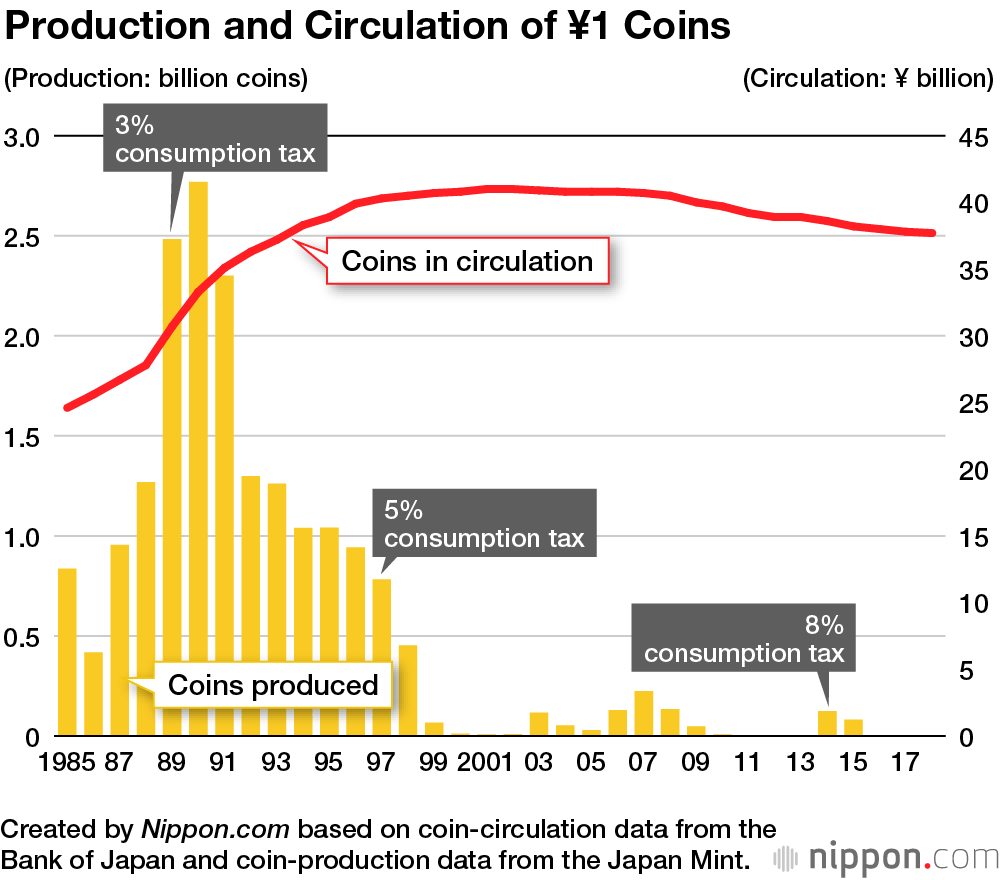 When the consumption tax was raised to the rounder figure of 5% in 1997, the production of ¥1 coins dropped dramatically. The overall value of ¥1 coins in circulation, which had exceeded ¥40 billion between 1997 and 2009, began to decrease thereafter, and by 2017 was around ¥37.7 billion.

The further increase of the consumption tax in 2014 to 8% resulted in a tendency toward prices with less rounded sums, but production of ¥1 coins remained low. Apart from in coin sets, it had all but ceased by 2016. Only 448,000 ¥1 coins were produced in 2018 (so near to zero that it is not displayed in the above graph).

Prices requiring the use of ¥1 coins will be less likely to occur if the consumption tax is increased as planned to 10% in October 2019. The presence of ¥1 coins is likely to fade further against the backdrop of the government’s goal of increasing cashless transactions to 40% of all transactions by 2025 in order to reduce costs related to such operations as transporting and storing coins and bills.