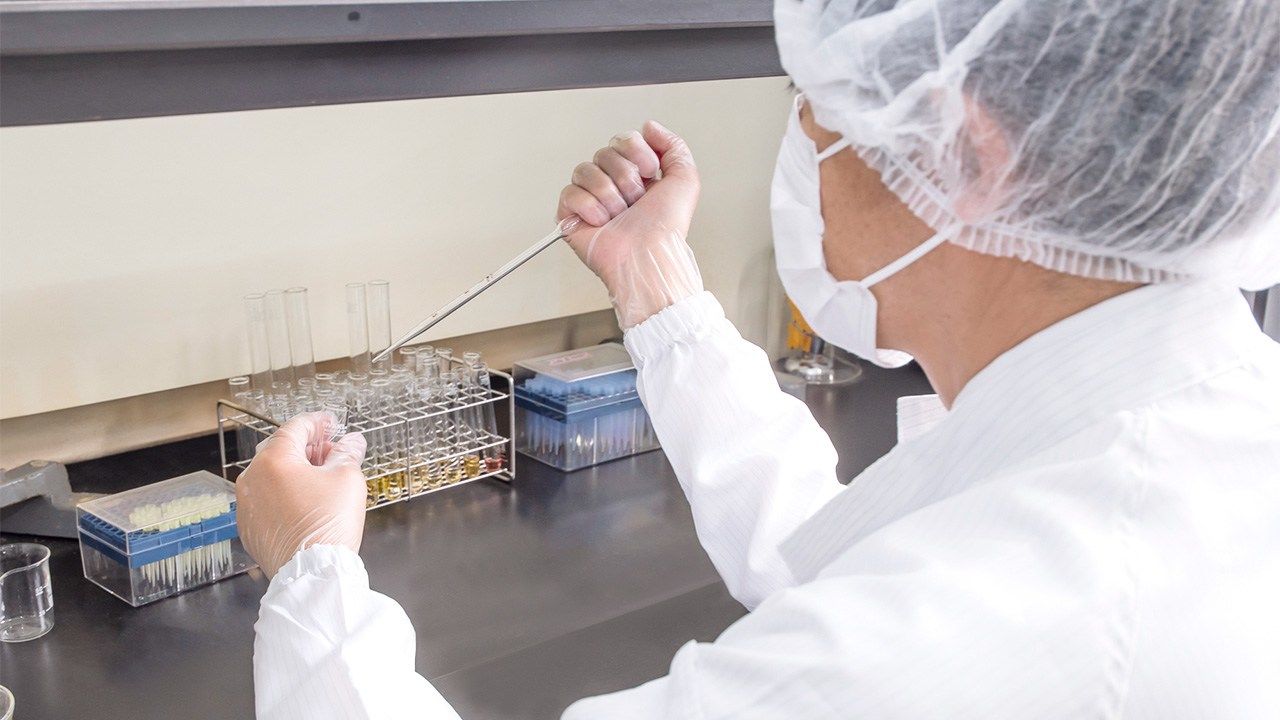 Science Feb 19, 2019
Spending on science and technology research in 2017 in Japan reached a new record high. However, this total spending amounts to less than half that of the United States and China.

Japanese spending on science and technology research in 2017 rose 3.4% from the previous year to a record ¥19.05 trillion. This is the first increase in three years. The Ministry of Internal Affairs and Communications’ Survey of Research and Development found that research spending was equivalent to 3.48% of GDP, a 0.05 point increase from 2016. 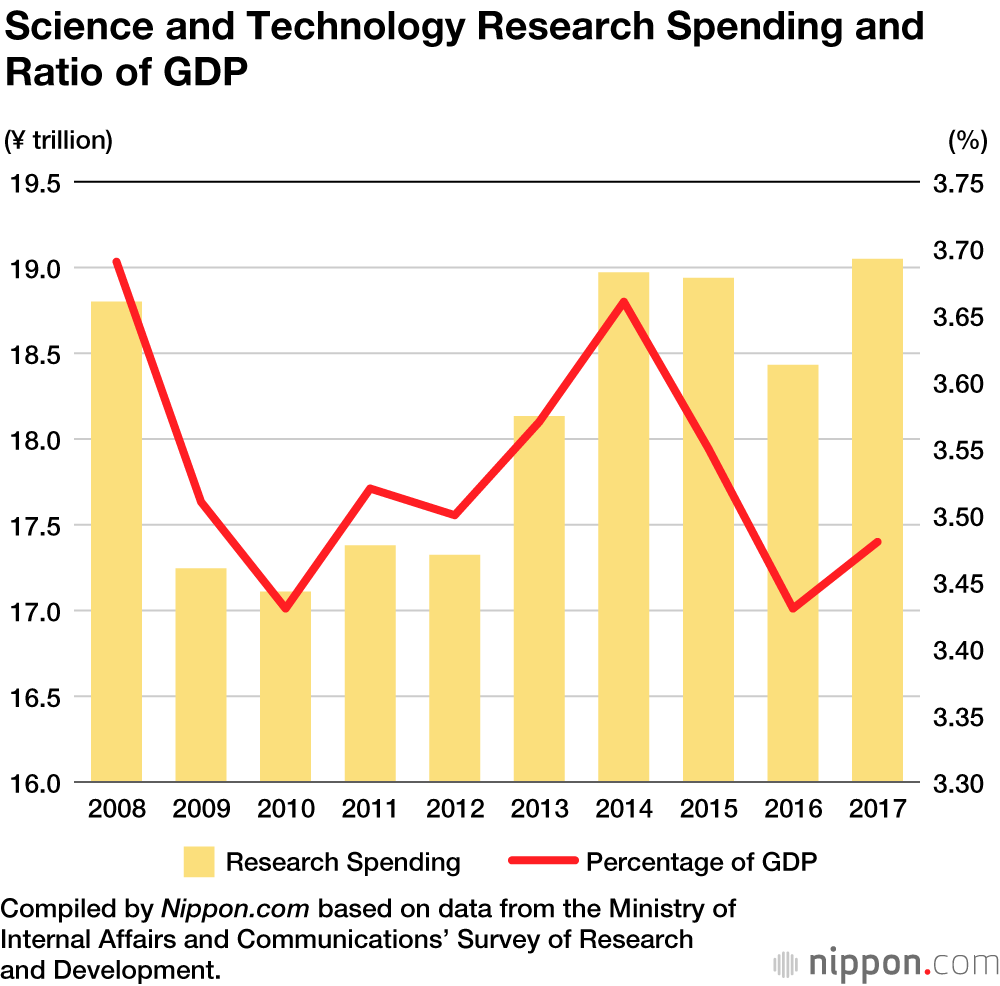 Compared with other major countries, Japan ranks third after the United States and China; however, the total amount of science and technology research spending in Japan is less than half that of both countries.

Number of researchers calculated on full-time equivalent. Compiled by Nippon.com based on excerpts from the Ministry of Internal Affairs and Communications’ Survey of Research and Development.

Growing concerns over the decline of Japan’s science and technology capabilities due to reductions in related budgets have led the government to strengthen measures, including an increase of ¥8.6 billion for the 2019 Grants-in-Aid for Scientific Research, which supports a wide range of academic research.