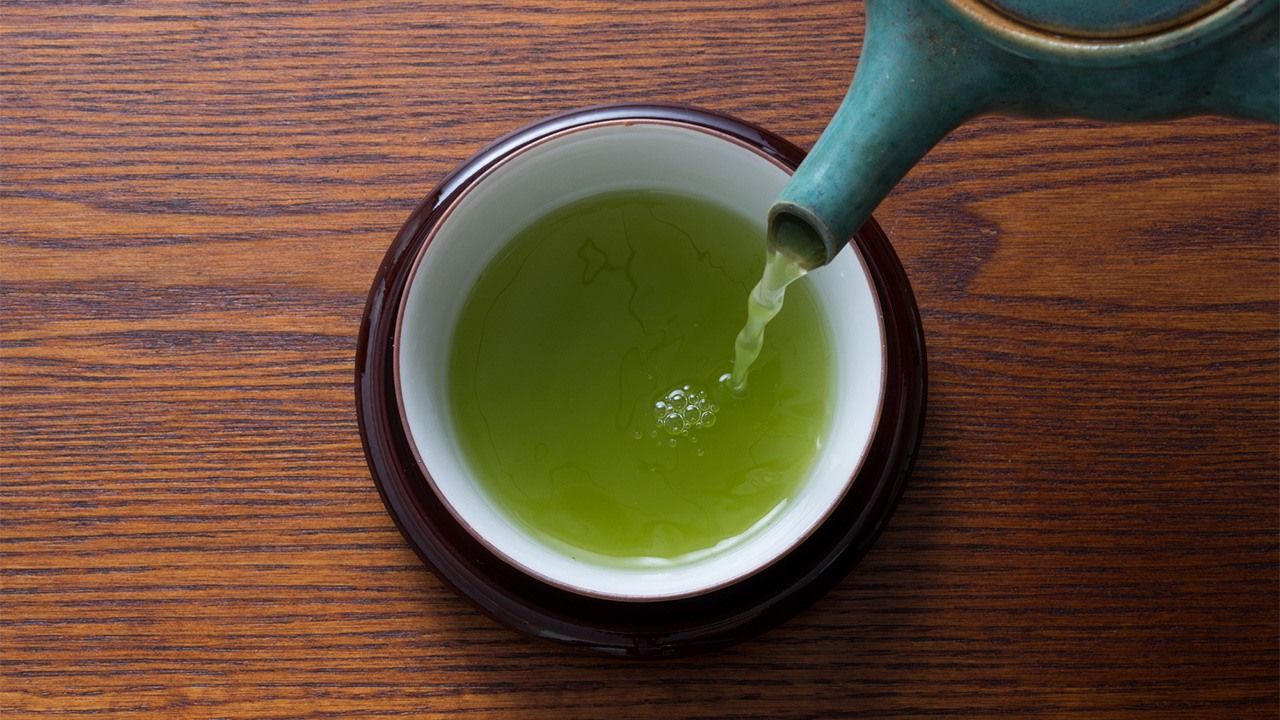 Lifestyle Food and Drink Feb 18, 2019
Tea brewed in a pot tastes great, but preparation and cleaning up can be bothersome. Plastic bottles of green tea offering home-brewed taste have gained popularity in Japan in response to consumer demand for convenience.

A freshly brewed cup of green tea was once the drink of choice in Japan and was served to guests, sipped during work breaks, and enjoyed after meals. Japanese still have a taste for tea, but the introduction of plastic bottles has dramatically altered how people enjoy the national drink.

Green tea in plastic bottles first appeared on the Japanese market in 1990. During the first few years beverage companies voluntarily restricted production to one-liter bottles or larger out of concerns that smaller volumes would increase littering. Such restrictions were lifted in 1996 and products in 500-ml bottles that could be easily carried around led to a sudden rise in consumption of bottled green tea.

A survey of households of two or more persons found that average annual spending on green-tea leaves and tea drinks, including green tea and barley tea in plastic bottles and other containers, has remained steady since 2000 at just over ¥10,000. Clearly, tea remains an indispensable drink for Japanese people.

However, there has been a change in the proportion of spending on tea leaves compared to prepackaged tea drinks. Household spending on tea drinks surpassed green-tea leaves for the first time in 2007 and has remained on top ever since. Packaged green-tea drinks now account for around 60% of spending, compared to 40% for green-tea leaves. An increasing number of people, particularly younger Japanese, prefer bottled tea to the trouble of brewing a fresh pot, and it has become normal for people to consume prepackaged tea drinks even when at home. 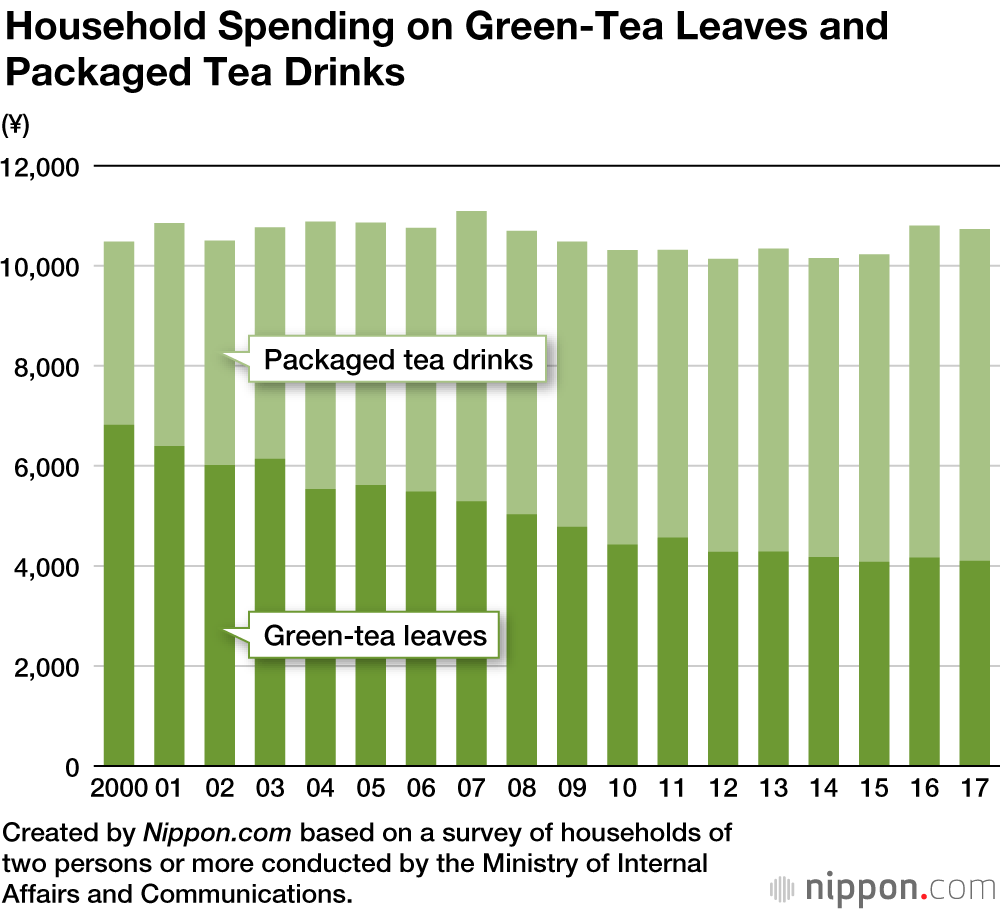 The amount of agricultural land dedicated to tea cultivation in Japan has decreased, but the volume of tea production has remained steady at around 80,000 tons a year. Beverage companies rely on lower quality tea leaves to brew bottled tea products, lowering the demand for premium leaves picked at the start of the growing season. Instead, tea cultivators have met the growing demand for cheaper varieties by increasingly harvesting leaves that sprout later from the same plant. 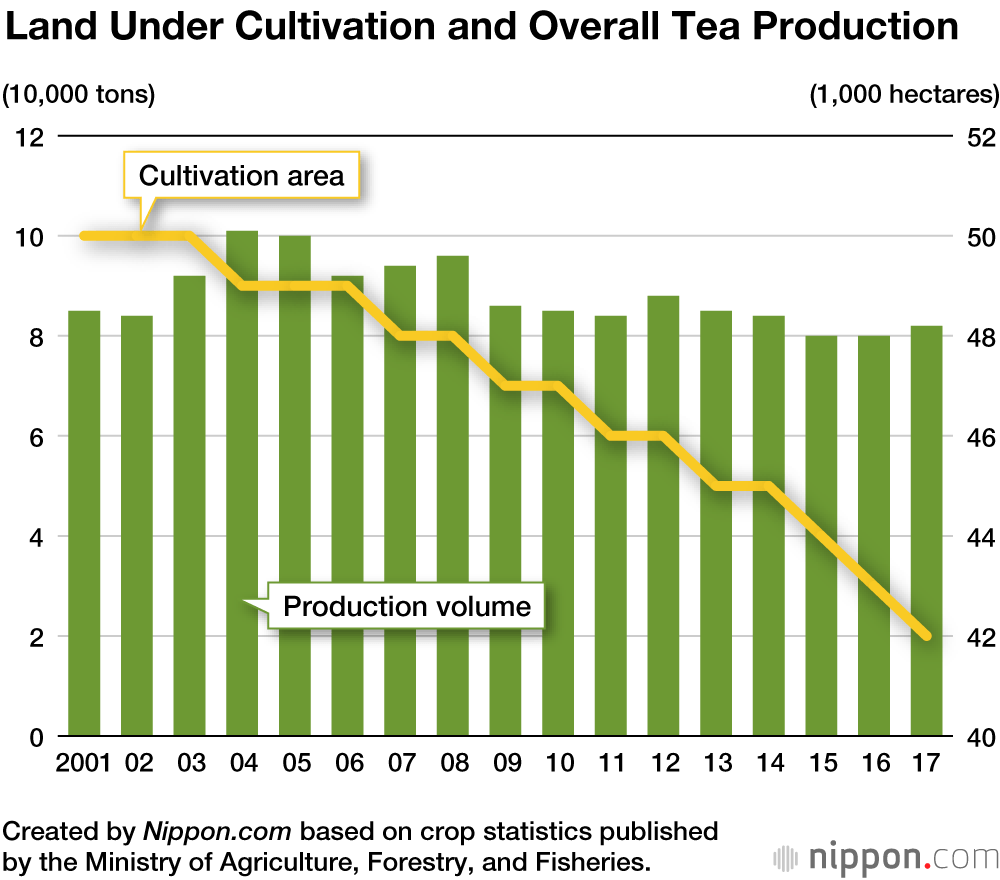