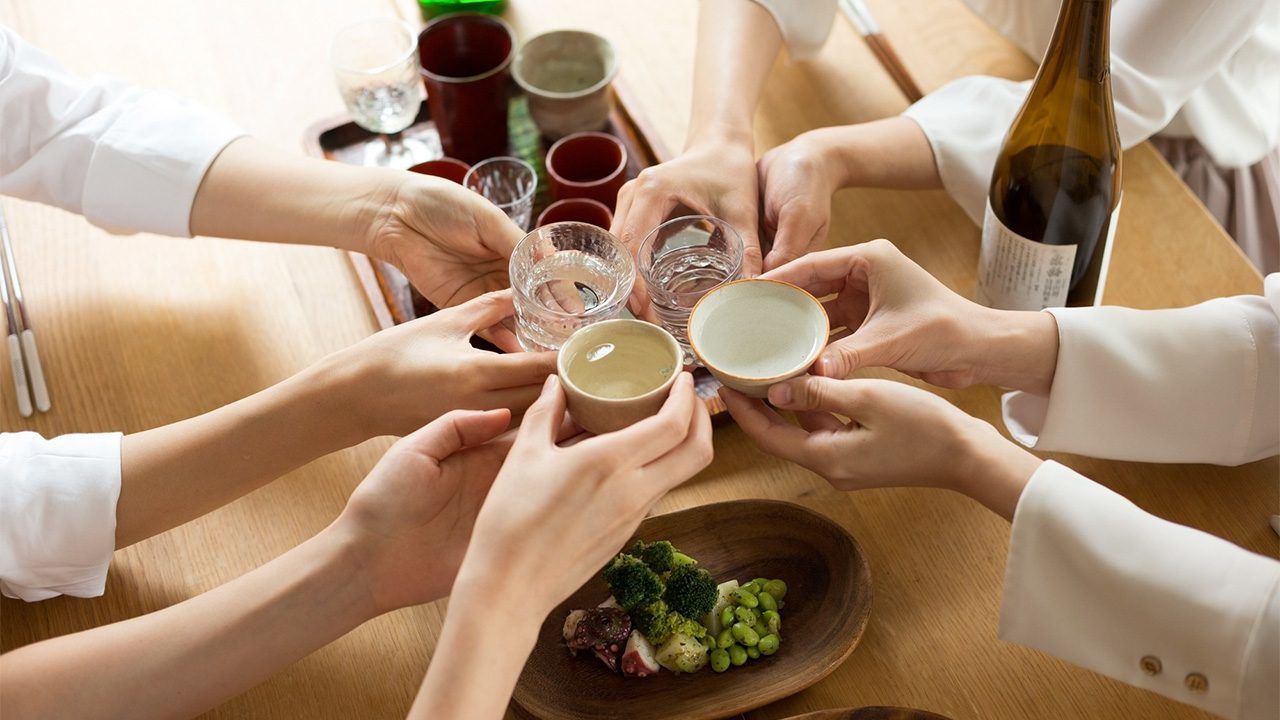 Economy Food and Drink Feb 20, 2019
The popularity of Japanese sake, or nihonshu, is spreading around the world. While lighter, fruitier types are particularly popular as exports, interest in authentic sake for connoisseur tastes seems to be rising.

The popularity of nihonshu, Japanese sake, has been growing against the backdrop of increased global interest in Japanese cuisine. A new record for annual exports has been set in each of the past nine years. In 2018, overseas sales totaled ¥22.2 billion, exceeding ¥20 billion for the first time. Export quantity also reached a new high last year, at 25,700 kiloliters (approximately 14 million 1.8-liter bottles). 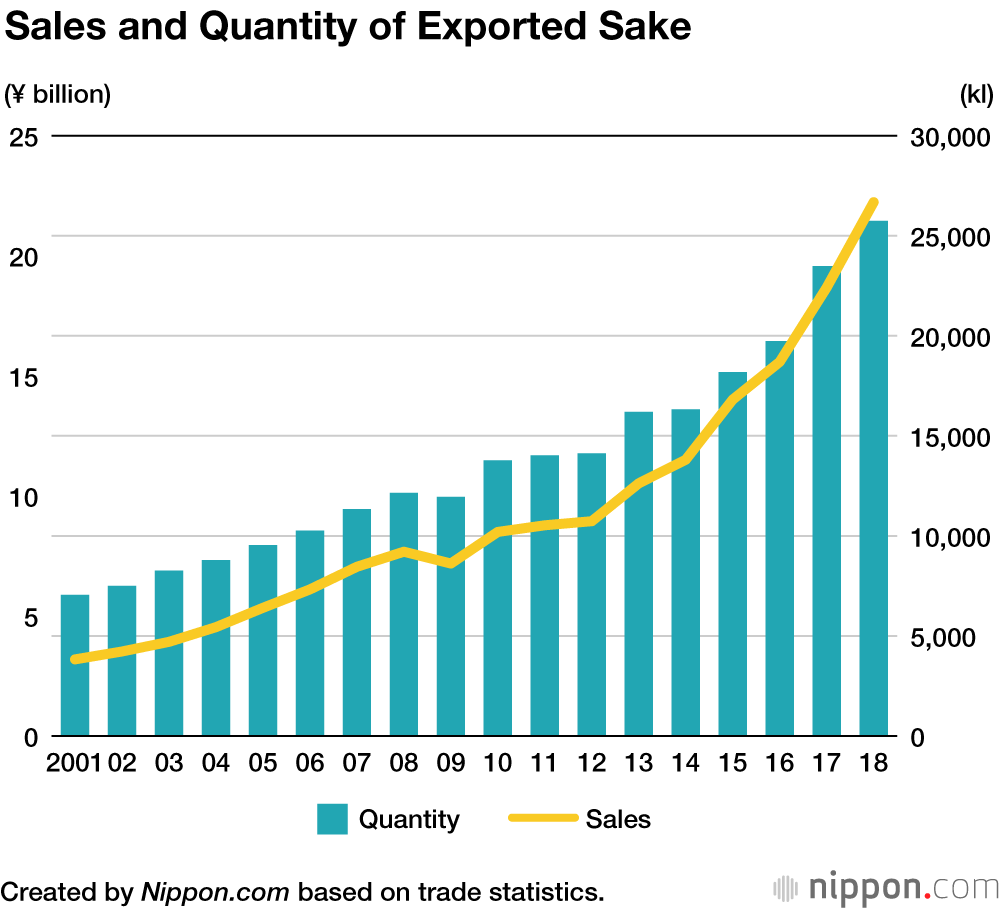 The United States was the top destination for sake exports, accounting for nearly 30% of all shipments and ¥6.313 billion in sales. It was followed by Hong Kong, China, South Korea, and Taiwan. Among those Asian markets, sales to China in particular have been rising sharply since 2014, to the point where China is close to overtaking Hong Kong as the second largest market. One likely factor behind the dramatic rise is the huge influx of Chinese visitors to Japan, who accounted for 27% of the 31 million foreign visitors in 2018. Many are acquiring an interest in Japanese cuisine as a result of their trips. 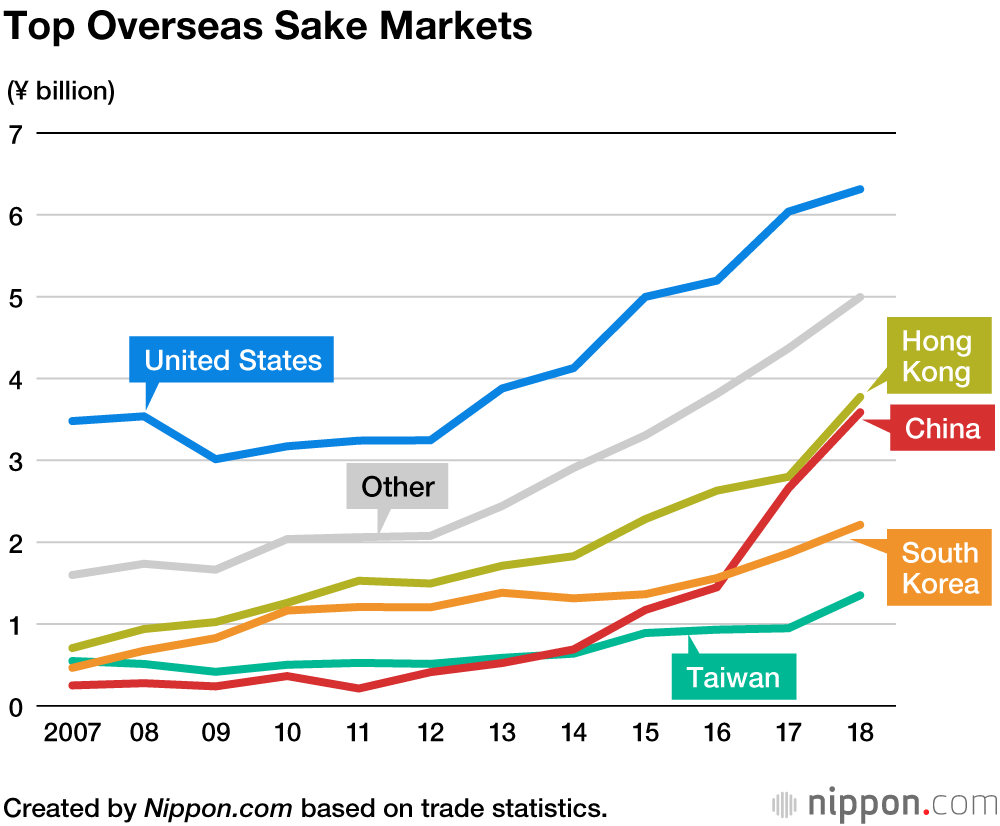 The Japan Sake and Shōchū Makers Association states that there is a misconception outside the country that nihonshu is a dangerously strong drink with high alcohol content, so many consumers are more amenable to low-alcohol sparkling sake or fruity varieties such as ginjō-shu, umeshu, and yuzushu.

In the United States, as the top market, there are several local producers and many consumers who have a strong interest in and knowledge of sake. For this reason, the popularity of authentic nihonshu for connoisseur tastes is also on the rise among Americans.