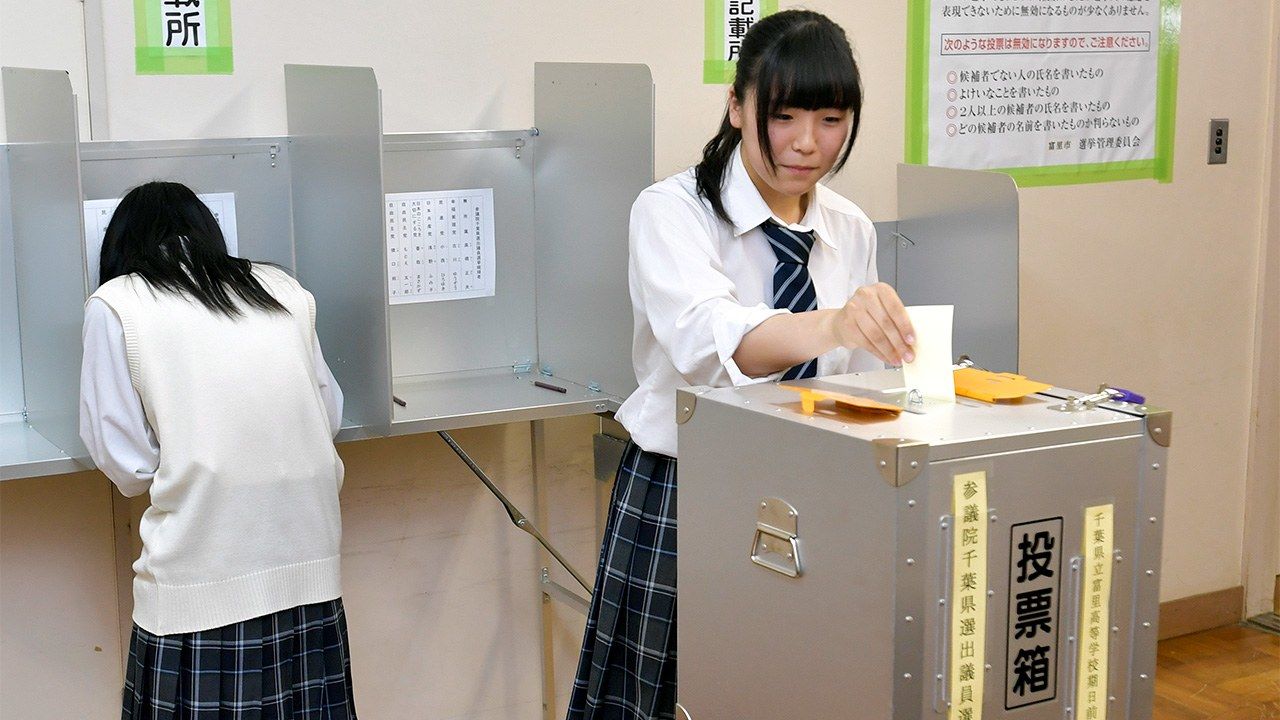 Politics Jul 11, 2019
Japanese politicians tend to overlook the younger generation given the country’s graying population and high voting rate among seniors. But if young people think that their vote will not make a difference, the trend toward policies that prioritize seniors will only deepen.

An online survey of young people conducted by the Nippon Foundation found that 49.7% of the respondents intended to vote in the July 21 House of Councillors election, when they would be 18 or 19. This level is similar to the 46.8% of teenagers who voted in the 2016 upper house election, which was the first national election held since the voting age was lowered from 20 to 18.

In that earlier election, the voting rate among people in their sixties was 70.1%, and it also exceeded 60% for those in their fifties and seventies. If this situation continues, it seems likely that the trend toward policies that prioritize the older generation at the expense of youth will only get stronger. 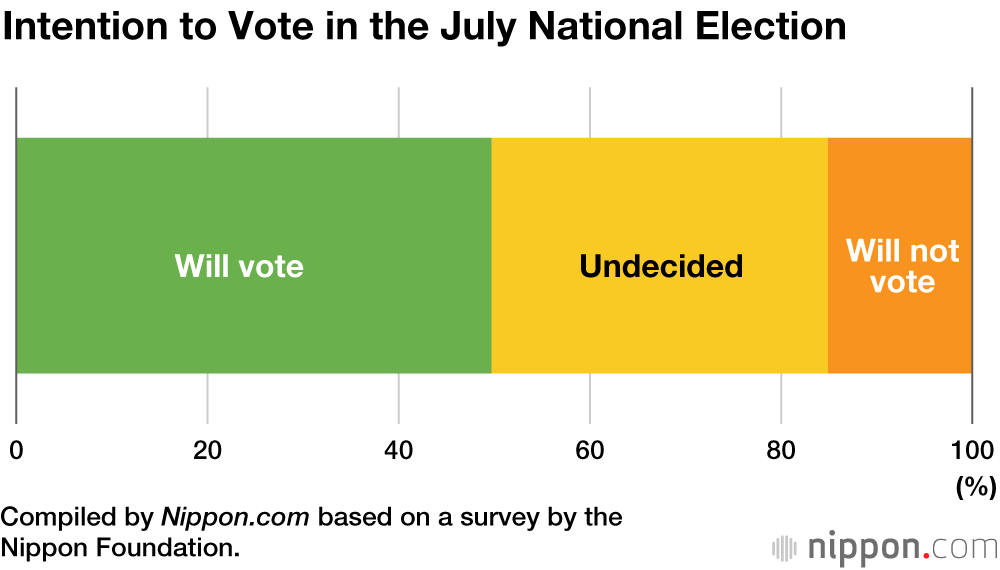 Among those surveyed who intend to vote in the upcoming election, 60.8% cited “policies” as their primary criterion for choosing a candidate, followed in a distant second by the 19.6% who prioritized the “political party.” The most common source of information consulted for selecting a candidate or political party, mentioned by 24,4% of those surveyed, was “campaign literature,” followed by the 16.9% who looked to “candidate posters” and the 13.9% who consulted “election coverage on the Internet and elsewhere.”

The survey also found that the percentage of those who viewed voter turnout as “low” in recent national elections rose to 61.9%. Among those who intend to vote in the July election, that percentage was even greater, at 75.9%, suggesting their higher level of political awareness. 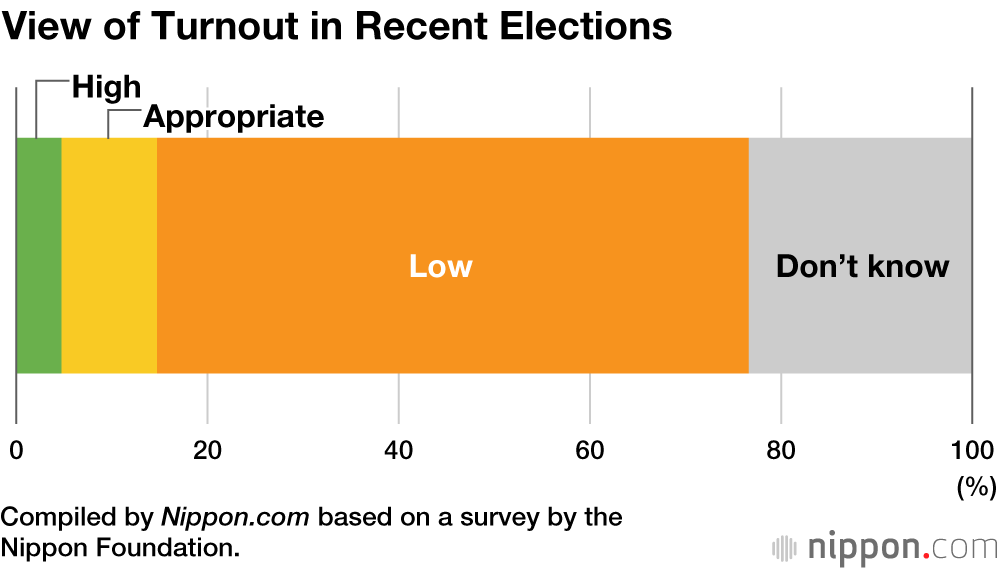 Overall, 77.9% of the surveyed thought it was “problematic” that voter turnout among young voters is low, and that figure was 89.2% among those who plan to vote in the July election. 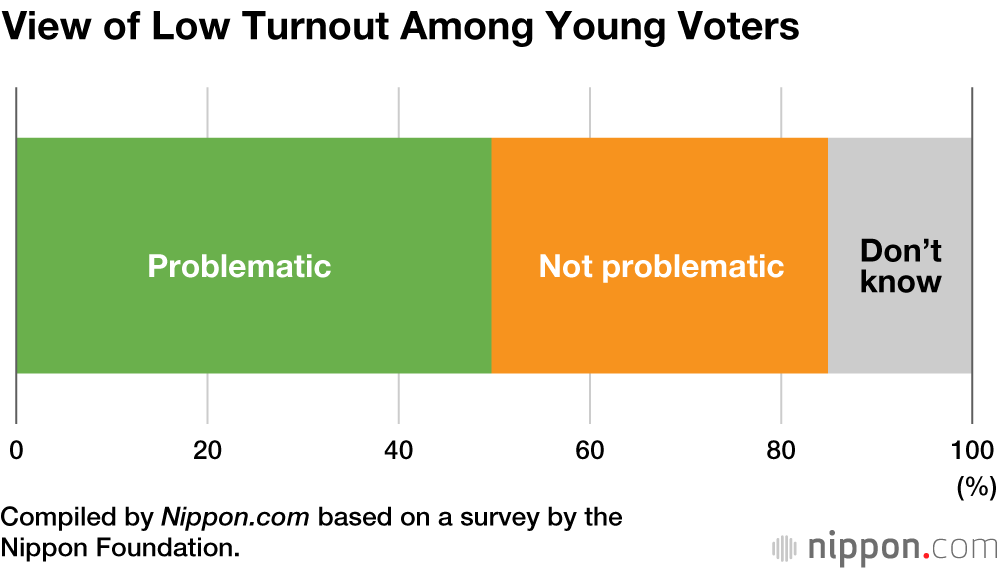 A total of 4.8% of those surveyed supported an increase in the number of Diet members, 29.1% thought the current number appropriate, 38.5% preferred a decrease, and 27.6% held no opinion on the subject.

Some of the reasons cited by those who support decreasing the number of Diet members included the following: “Even though there are two houses of parliament, basically everything is decided by the House of Representatives”; “It is hard to evaluate the performance of each member because there are too many of them”; “The work that some of them are doing does not merit such a high salary.” Meanwhile, among those who want to increase the number of Diet members, there were the following kind of supporting ideas: “If the number is increased, while decreasing each individual salary, it would be easier to have a wider variety of opinions”; “Election districts should be added for areas with large populations.” 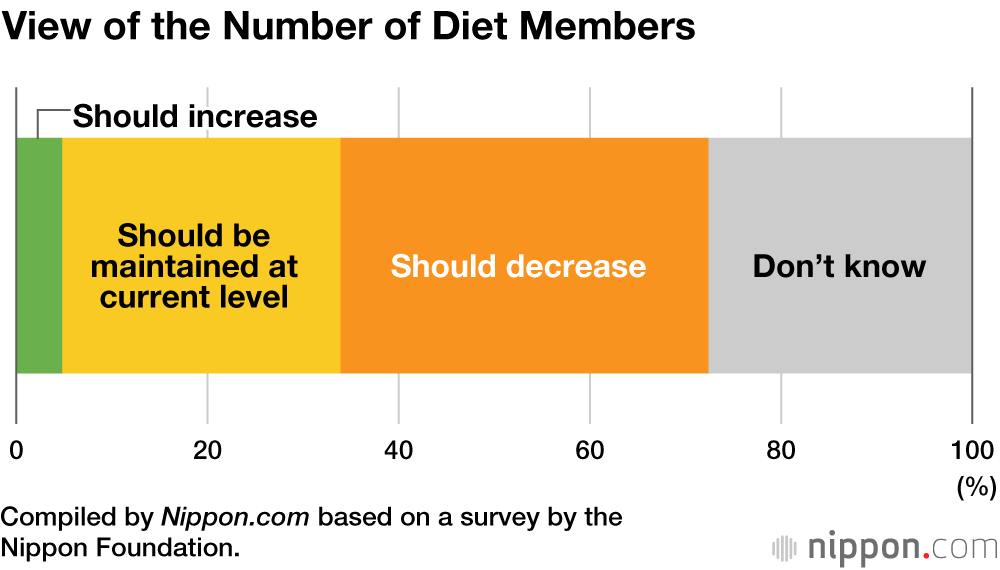 With regard to female Diet members, 58.5% of those surveyed wanted the number to increase, while 15.8% thought the current level was fine and 1.8% preferred the number to decrease.

The reasons cited by those who preferred to have more female representation in the Diet included the following: “If there is an imbalance between men and women in the Diet, gender equality will not advance”; “There is a male chauvinist trend within Japanese society as a whole, so Japan’s political leaders need to take the initiative in overcoming that way of thinking.” 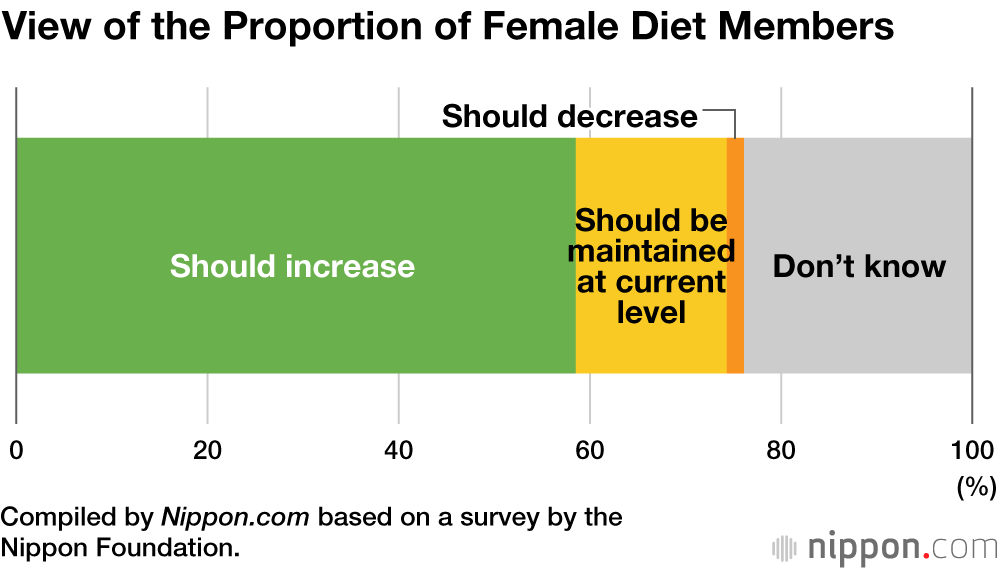