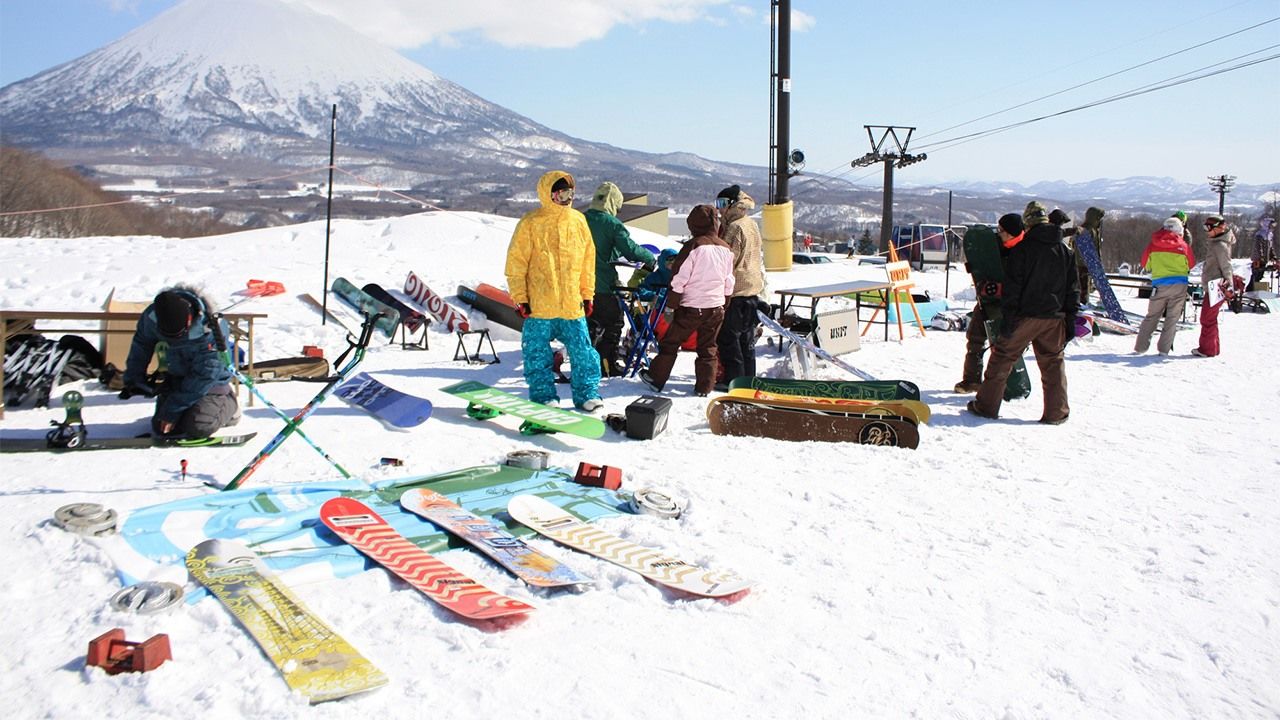 Society Jul 24, 2019
While most of Japan’s 2.7 million foreigners live in big cities, some Hokkaidō municipalities with ski resorts also have a high proportion of foreign residents.

Japan’s population was 127,443,563 as of January 1, 2019, according to a demographic survey published by the Ministry of Internal Affairs and Communications, based on resident registration data. Of this total, 124,776,364 were Japanese citizens, in a decline of 433,239 from the previous year— the largest drop since the present survey began in 1968, and the tenth successive decrease since peaking in 2009. Meanwhile, the number of foreign residents rose by 169,543 to 2,667,199. This means that foreign residents represent 2.09% of the total population, climbing above 2% for the first time.

By age, the number of Japanese citizens reaches two peaks at the baby-boom generation (65–69), and their children (45–49). The chart clearly show how this population is aging. Conversely, the most common age categories for foreign residents are in the twenties and thirties, as young foreign workers compensate for the labor shortage. 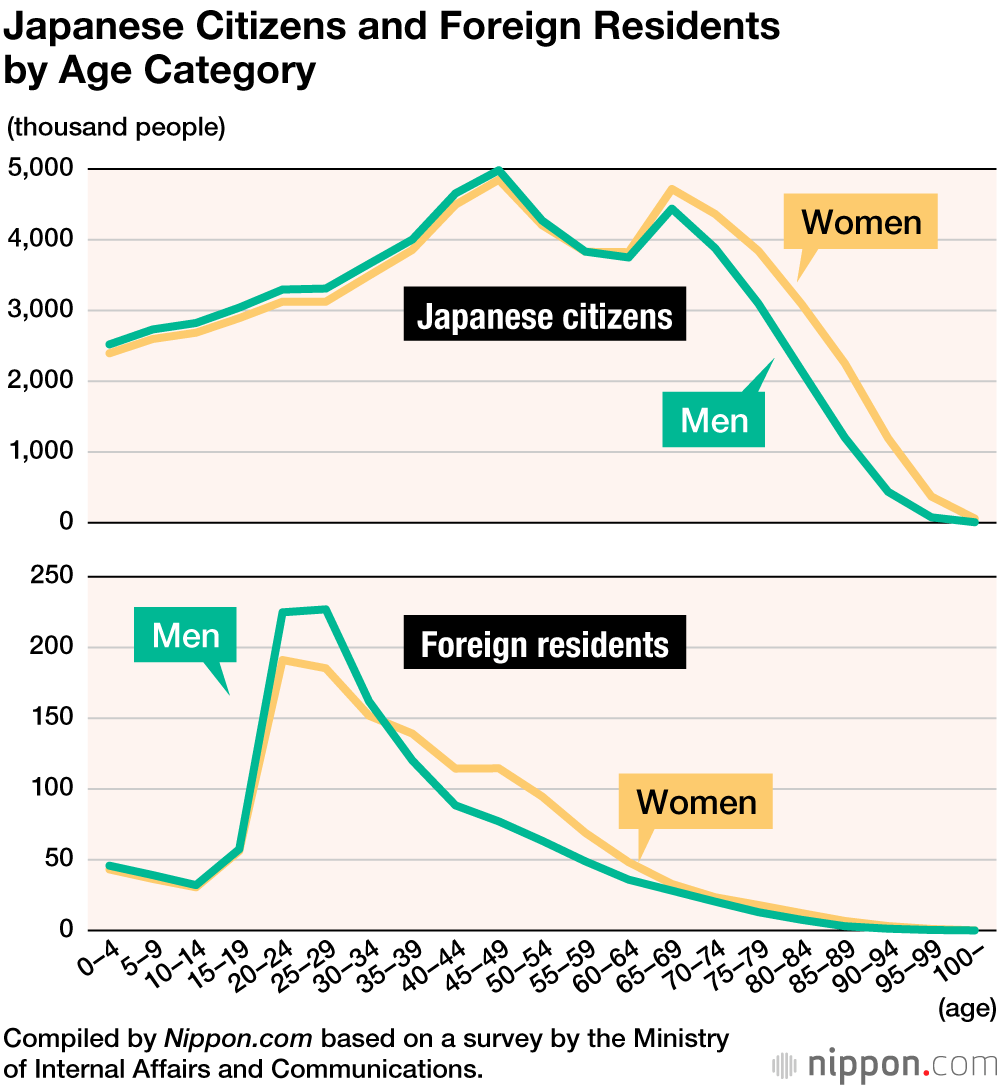 Tokyo, Saitama, Kanagawa, Chiba, and Okinawa were the only prefectures to register increases in Japanese citizens, while the number of foreign residents rose in all 47 prefectures.

The Hokkaidō village of Shimukappu has by far the highest proportion of foreign residents among Japanese municipalities at 26.06%. Foreign residents also account for around 10% of the population in Hokkaidō municipalities like Rusutsu and Niseko. As all of these have ski resorts that are popular with foreign tourists as well as Japanese, it is likely that workers at hotels and other tourist facilities are swelling the foreign population.

Compiled by Nippon.com based on a survey by the Japanese Ministry of Internal Affairs and Communications.