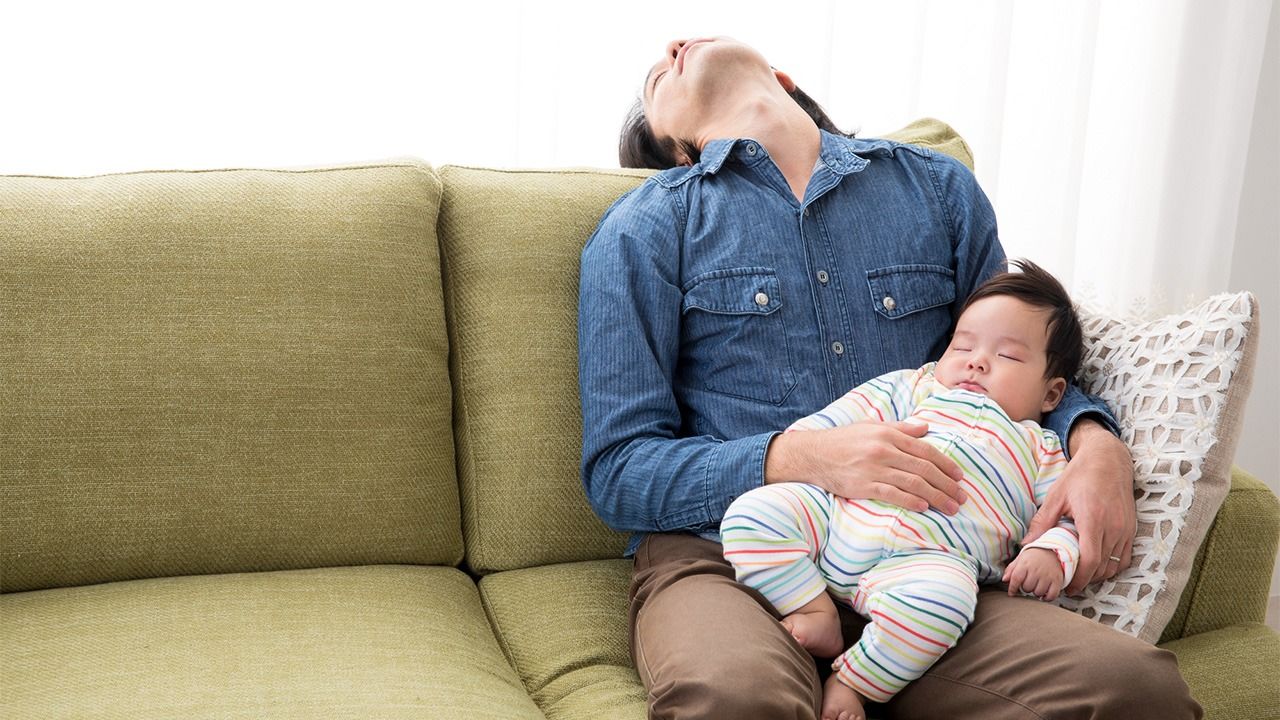 Japan Has the Best Paternity Leave System, But Who’s Using It?

Japan scored highest for its paternity leave in a UNICEF report, with a calculated 30.4 weeks of paid leave, ahead of South Korea with 17.2, and Portugal with 12.5. Theoretically, this adds up to more than six months, but the reality is that very few working fathers take it.

The report was created by Innocenti, the UNICEF group that examines issues related to child rights and their advancement. It examined 41 OECD and EU countries and their situations in 2016, ranking them for their family-friendly policies. Included were paid parental leave, as well as preschool education and childcare services.

While Japan did not place in the overall family-friendly ranking due to insufficient comparative data, it scored highest for its paternity leave system. (The figure is based on the total number of weeks of leave multiplied by the percentage payment rate for a father receiving average earnings for that country.) Yet only 5% of Japanese fathers took any paternity leave at all in 2017. Fathers in South Korea also made little use of the system with only one in six doing so. Even compared to this though, Japan’s rate was much lower. 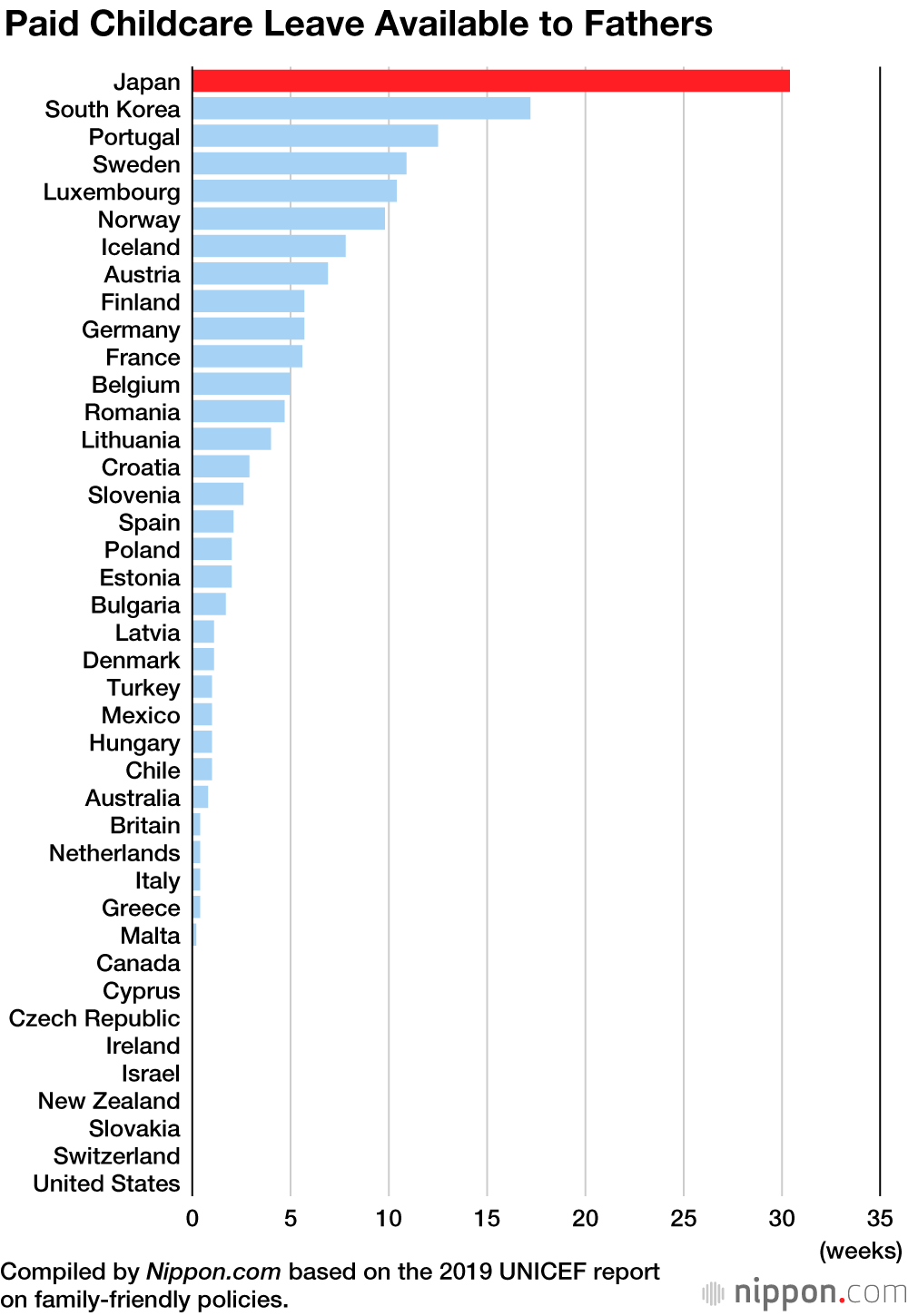 Japan ranked sixteenth for maternity leave, with mothers being able to take 36 weeks. Estonia was top with 86 weeks and Hungary second with 72 weeks. The report also showed that only half of the countries researched offered mothers at least six months paid childcare leave. As was the case with men, the United States placed lowest. The United States was the only country that did not offer childcare leave to either men or women. 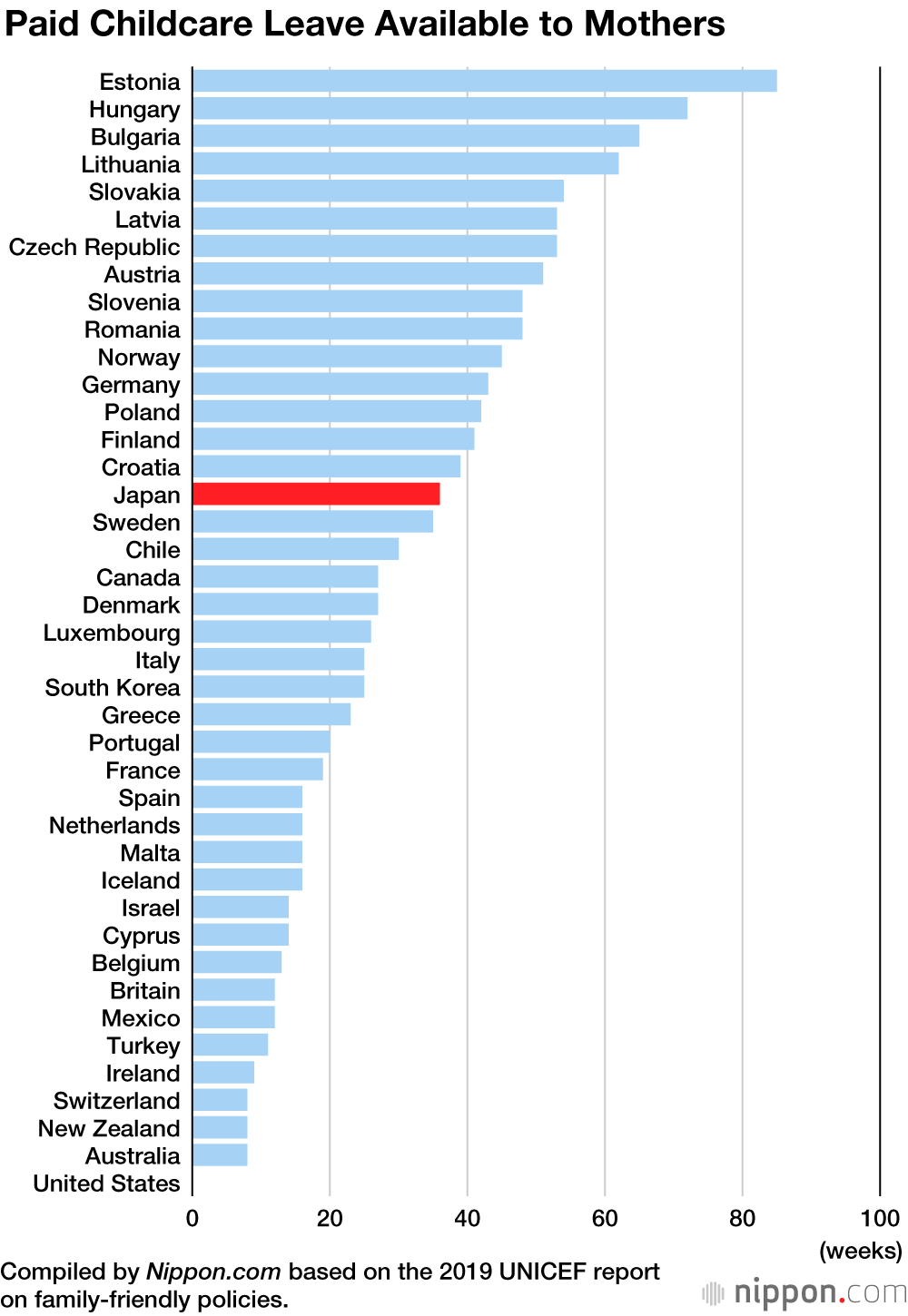 UNICEF is advocating for parents to be able to take at least six months paid childcare leave and for all children to be able to receive high quality, inexpensive preschool education and childcare services from when they are born until they enter elementary school.

Compiled by Nippon.com based on the 2019 UNICEF Report.
Due to insufficient comparative data for countries such as Japan, South Korea, and the United States, they were not included in this ranking.