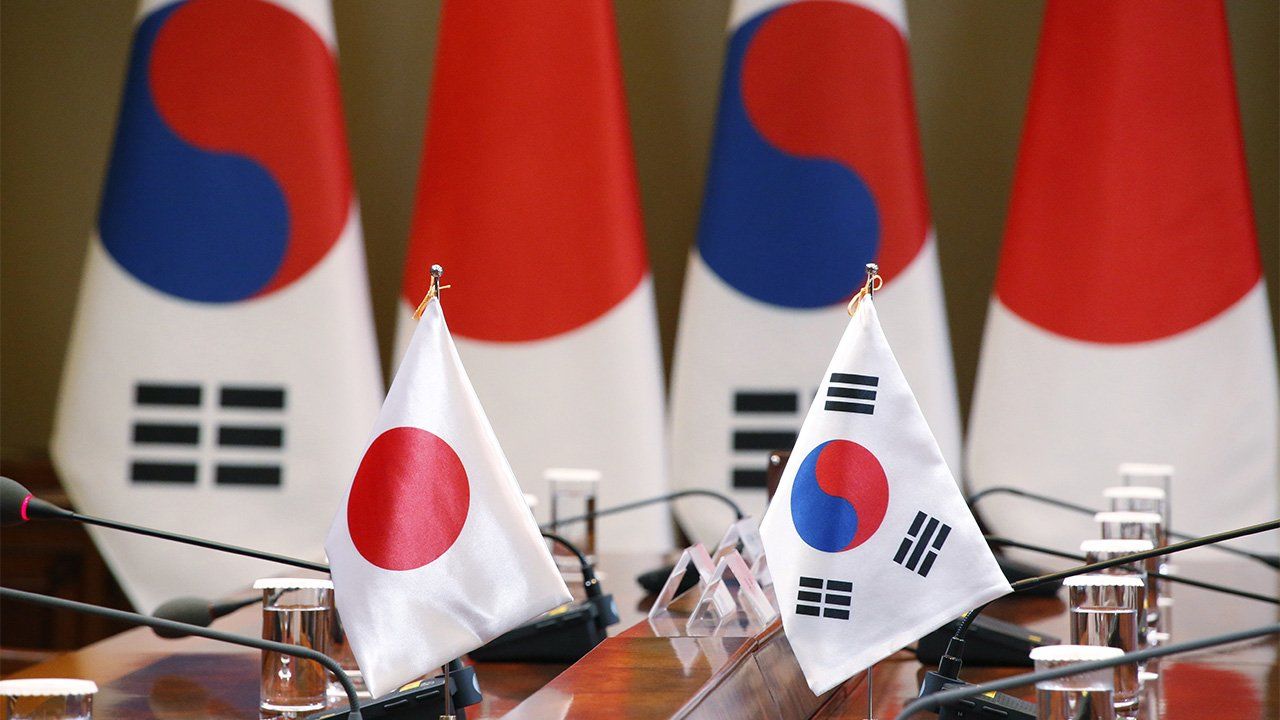 Political disputes are intensifying between Japan and South Korea over demands for compensation for conscript labor in World War II and restrictions on exports. South Korea is Japan’s third-largest trading partner, however, as indicated by the total value of trade between the two countries, and has been since 2001. Total bilateral trade rose to ¥9.3 trillion in 2018. Only China (¥35.1 trillion) and the United States (¥24.5 trillion) have more significant trade relations with Japan. 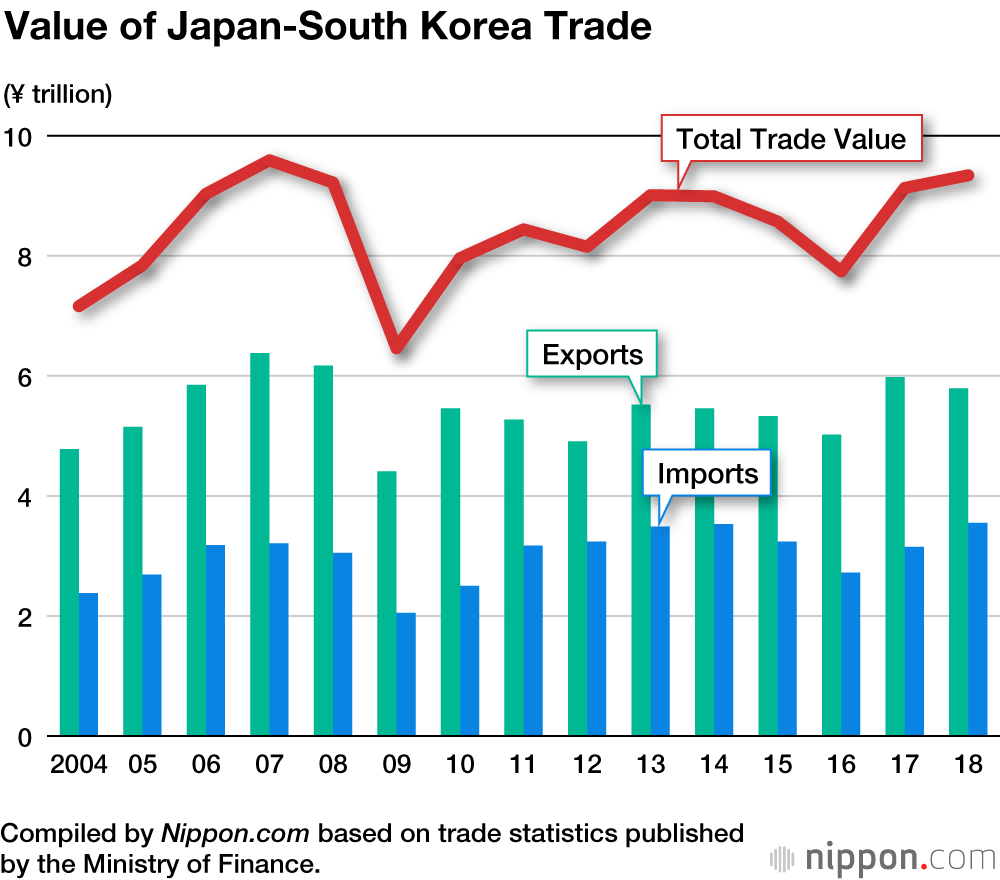 Key export products to South Korea include semiconductors and semiconductor manufacturing devices, flat panel display manufacturing devices, fine chemical materials, and optical devices. Meanwhile, major import products include petroleum products, steel sheets, semiconductors, automobile parts, and fine chemical materials. The similarities between import and export products are due to the resemblance in industrial organization in Japan and South Korea fostering “horizontal trade.” Products that are specialties of companies in given sectors in the two countries—such as semiconductors and other electronic components, and transportation equipment—are imported and exported in both directions, creating significant partnerships in various manufacturing fields.

Bilateral travel is also active. In 2018, the number of South Koreans who visited Japan rose 5.6% year on year to 7.5 million, a new record. In the same year, the number of Japanese who visited South Korea increased by almost 30% to 2.9 million. It was the first year that more than 10 million people traveled between the two countries.

In 2003, NHK broadcast the popular South Korean TV series Gyeoul yeonga (Winter Sonata), igniting a fad in Japan for South Korean entertainment that continues to this day. South Korean youth culture has since caught on with Japanese young people as well, as demonstrated by K-pop groups debuting both in Japan and at home. Recently, increasing numbers of young Japanese women have been taking weekend flights on low-cost carriers to go shopping in South Korea for fashion items and beauty products. 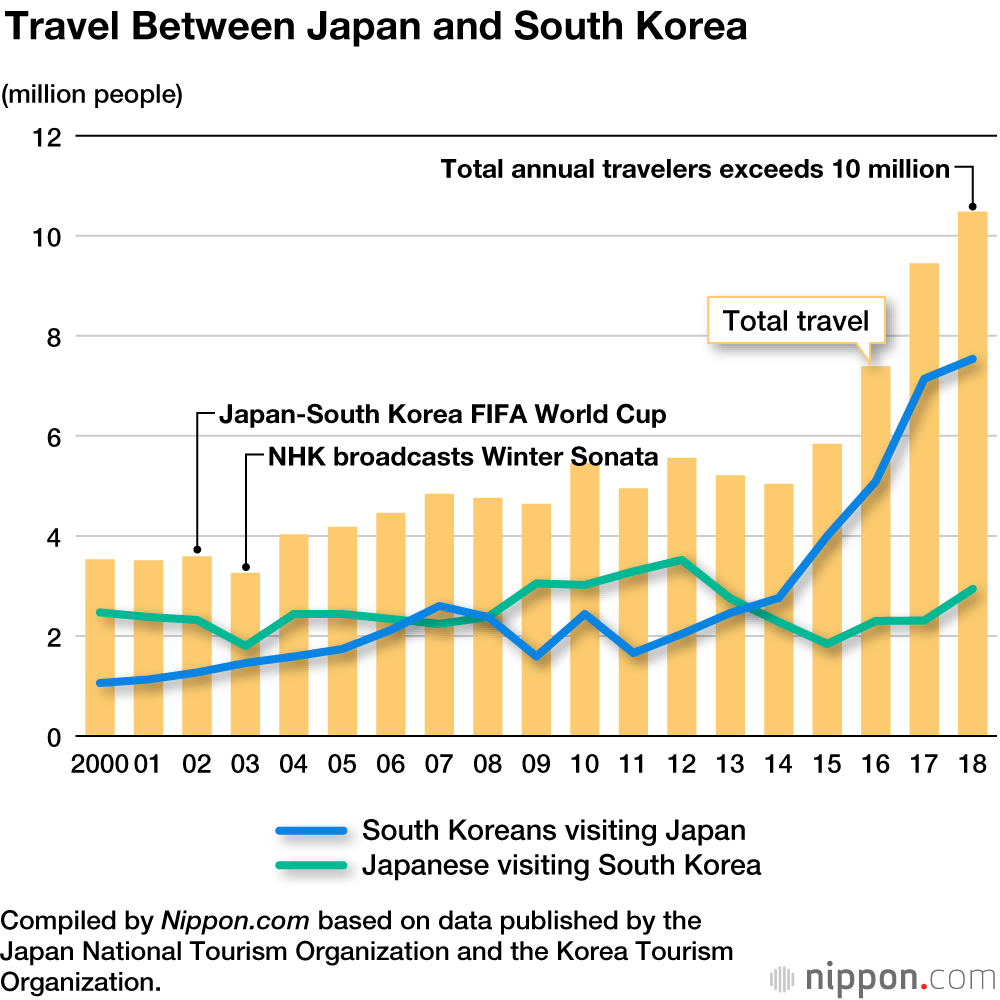