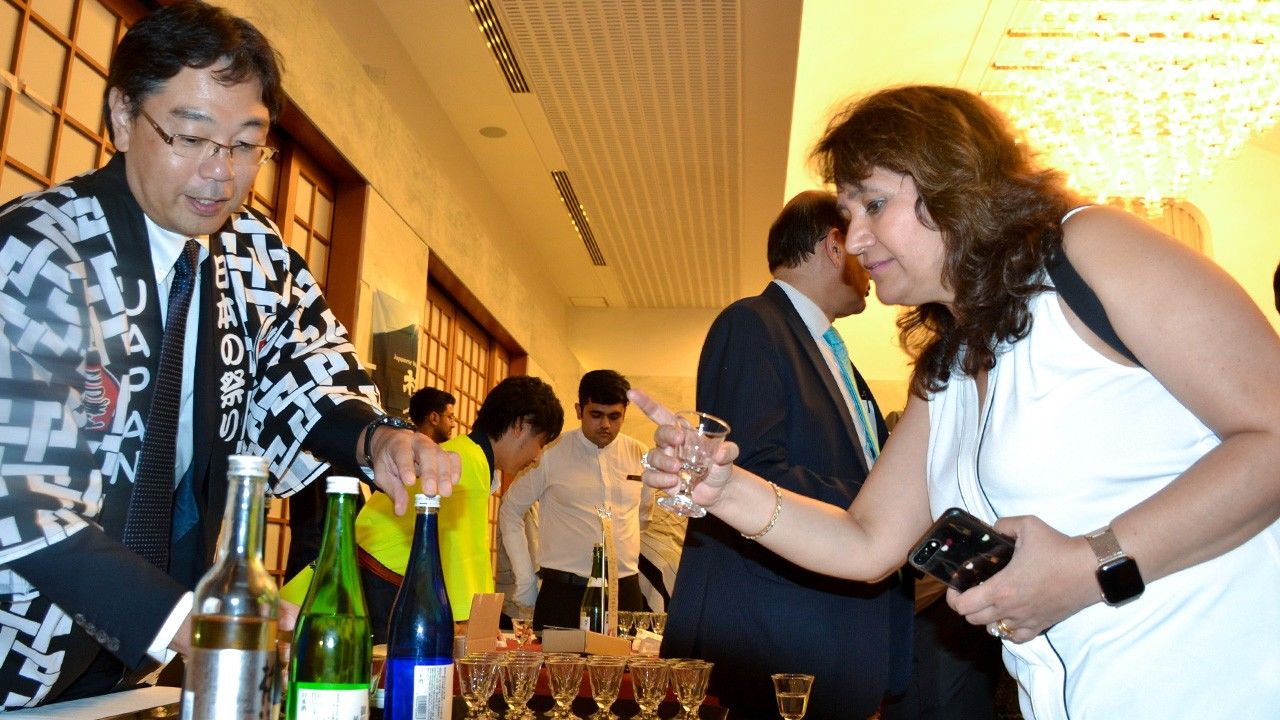 Economy Oct 1, 2019
Slowed growth is a warning sign that the government may not be able to achieve its 2019 target of ¥1 trillion in exports of agricultural, forestry, and fisheries products.

Total exports of agricultural, forestry and fisheries products and other foodstuffs increased 2.9% year-on-year in the first half of 2019, to ¥448.6 billion. Data from the Ministry of Agriculture, Forestry, and Fisheries showed considerably diminished growth compared with the 15.2% increase during the first half of 2018—a year during which exports totaled ¥906.8 billion. Given this slowdown, it will be difficult for the government to achieve its 2019 export target of ¥1 trillion. 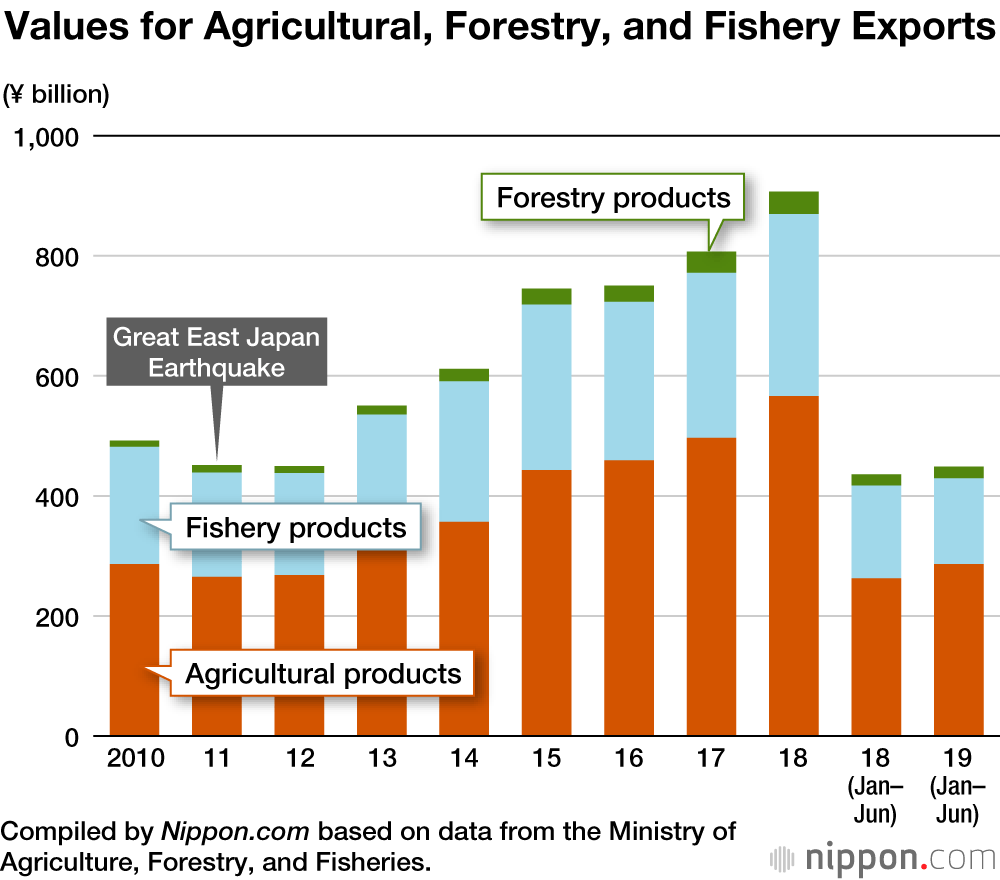 While agricultural products rose year-on-year by 9% to ¥286.4 billion and forestry products rose by 4.3% to ¥19.3 billion, fisheries products decreased by 7.5% to ¥143 billion. Exports of cut flowers and other flower products decreased by the considerable margin of 23.6%, to ¥6.8 billion. Some fisheries exports declined by around 20–30% year-on-year, such as scallops, which were affected by the good haul in the United States, and mackerel, due to increased domestic demand.

Major Agricultural, Forestry, and Fishery Exports from Japan in January–June 2019

Compiled by Nippon.com based on data from the Ministry of Agriculture, Forestry, and Fisheries.

The top-three export destinations were Hong Kong, China, and the United States. Exports to Hong Kong rose by 2.7% year-on-year to ¥101.1 billion, while exports to China increased by 9.6% to ¥72.1 billion and exports to the United States rose by 12.1% to ¥62.6 billion. South Korea ranked fifth as an export destination, behind Taiwan, but exports declined by 2.7%, to ¥29.6 billion, amid the country’s diplomatic friction with Japan. 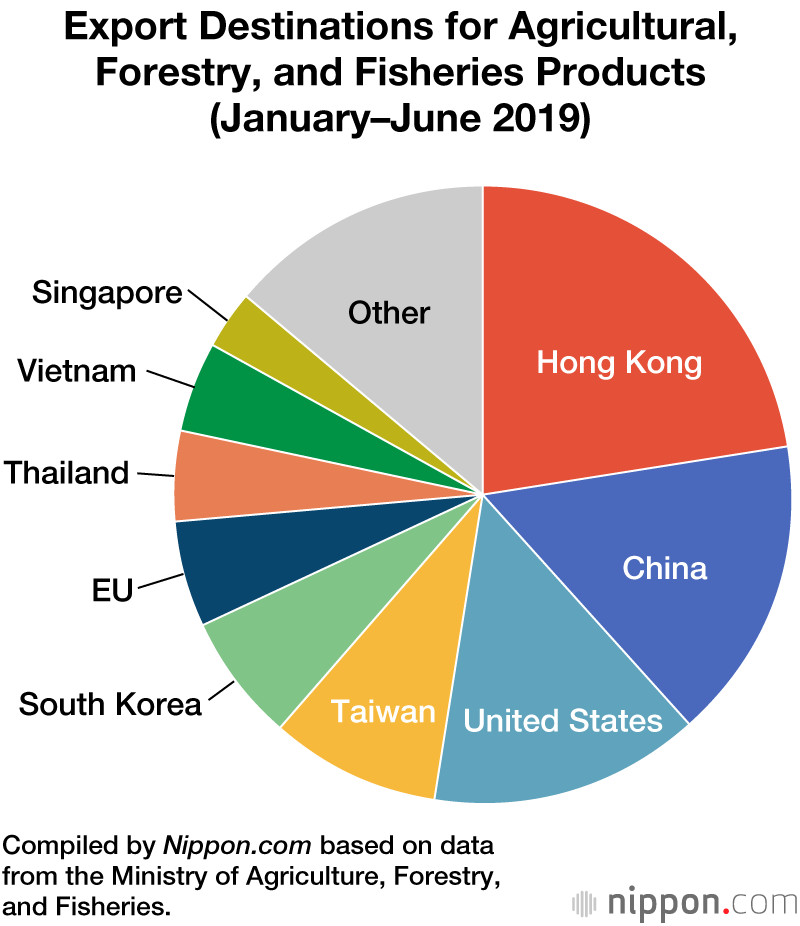