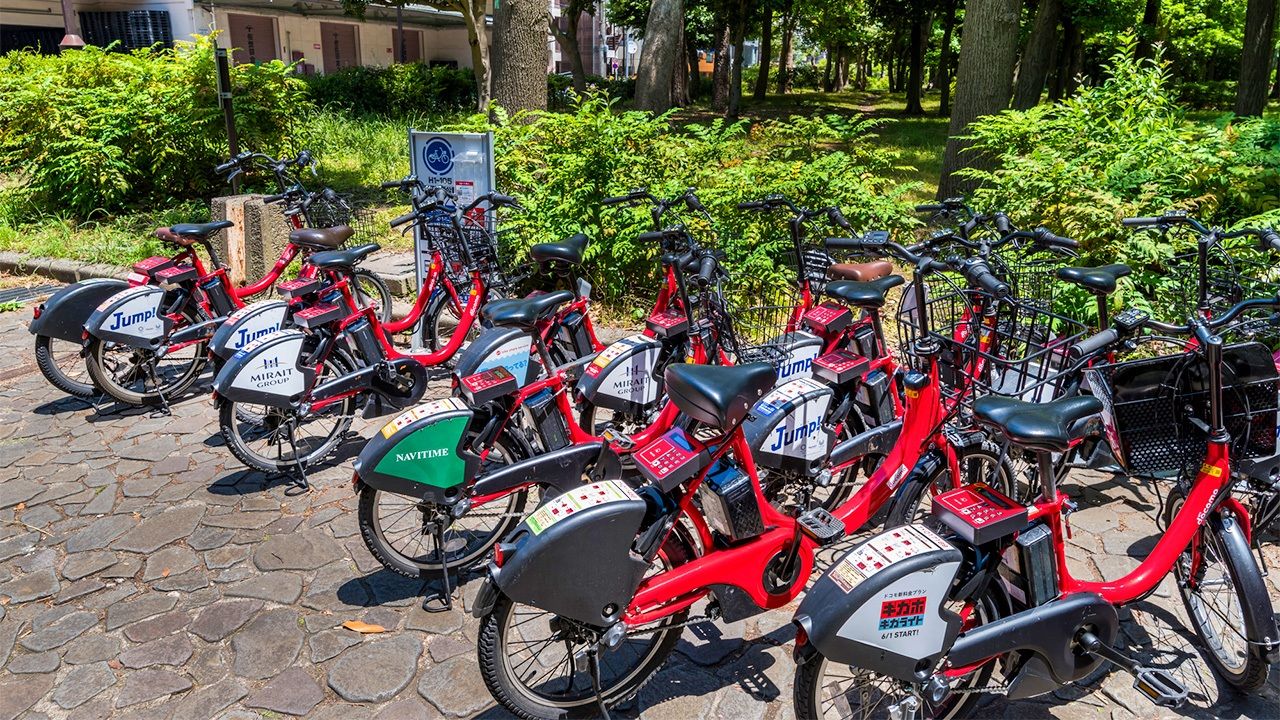 Economy Oct 11, 2019
As interest grows in the sharing economy in Japan, more older people are being drawn to these kinds of services.

Online platforms make it possible to share everything from bicycles and office space to childcare responsibilities. Since 2017, PwC Consulting has been conducting an annual survey into awareness of the expanding sharing economy and the desire to use its services.

In the 2019 survey, 47.5% answered that they were aware of sharing economy services; a significant rise from 30.6% in 2017. While in the 2017 survey, awareness was limited mainly to those under 40, by 2019 there was very little difference among people of all ages. 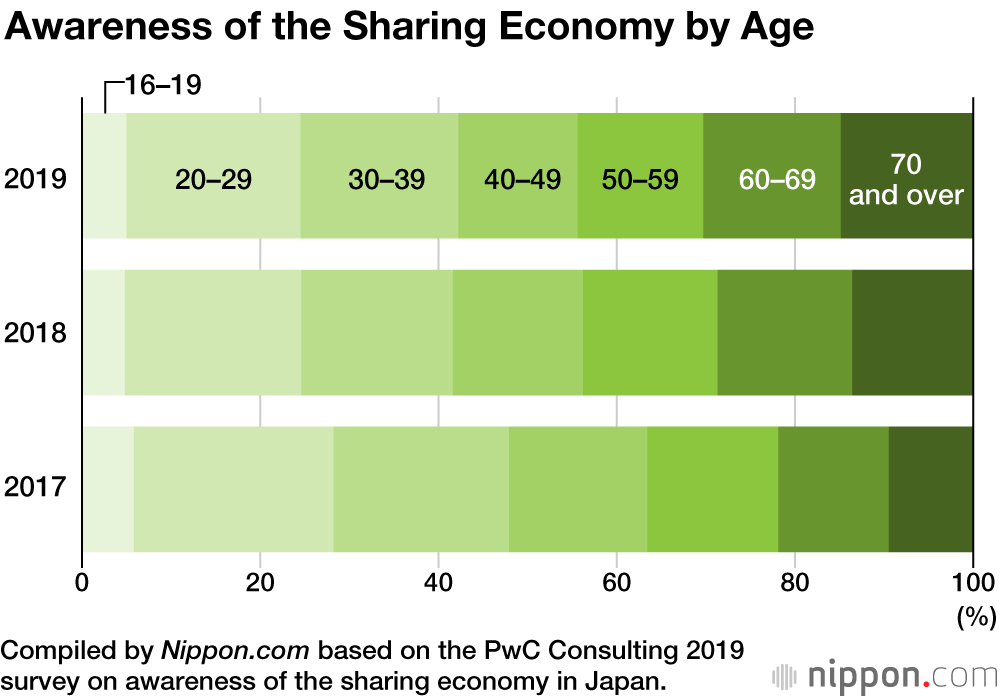 On the other hand, more than 60% of those who have actually used shared services were in their thirties or under—8.3% in their teens, 31.9% in their twenties, and 22.3% in their thirties. People in their sixties and seventies only accounted for 7%. This indicates that while seniors know about the services, they apparently still find them difficult to use. 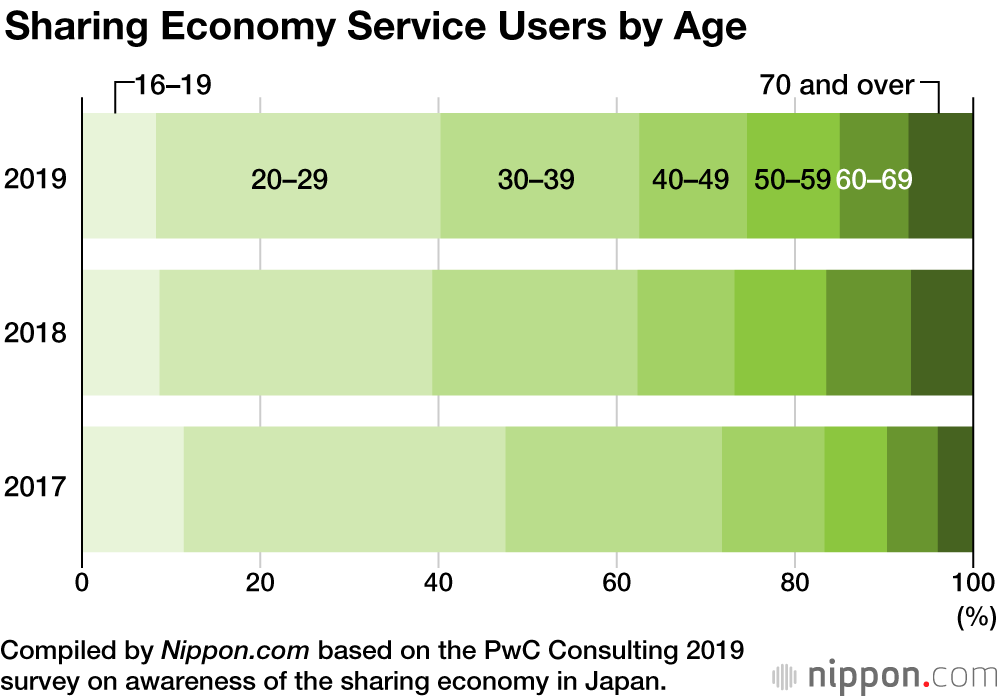 There are, however, signs of change. The desire to use shared services has been increasing year-on-year in every age range and the 2019 survey revealed that older people are now regarding these services more positively, with 50% of people in their fifties and over 40% of those in their sixties and seventies wanting to use them. There has been a particular increase in interest among people in their seventies. 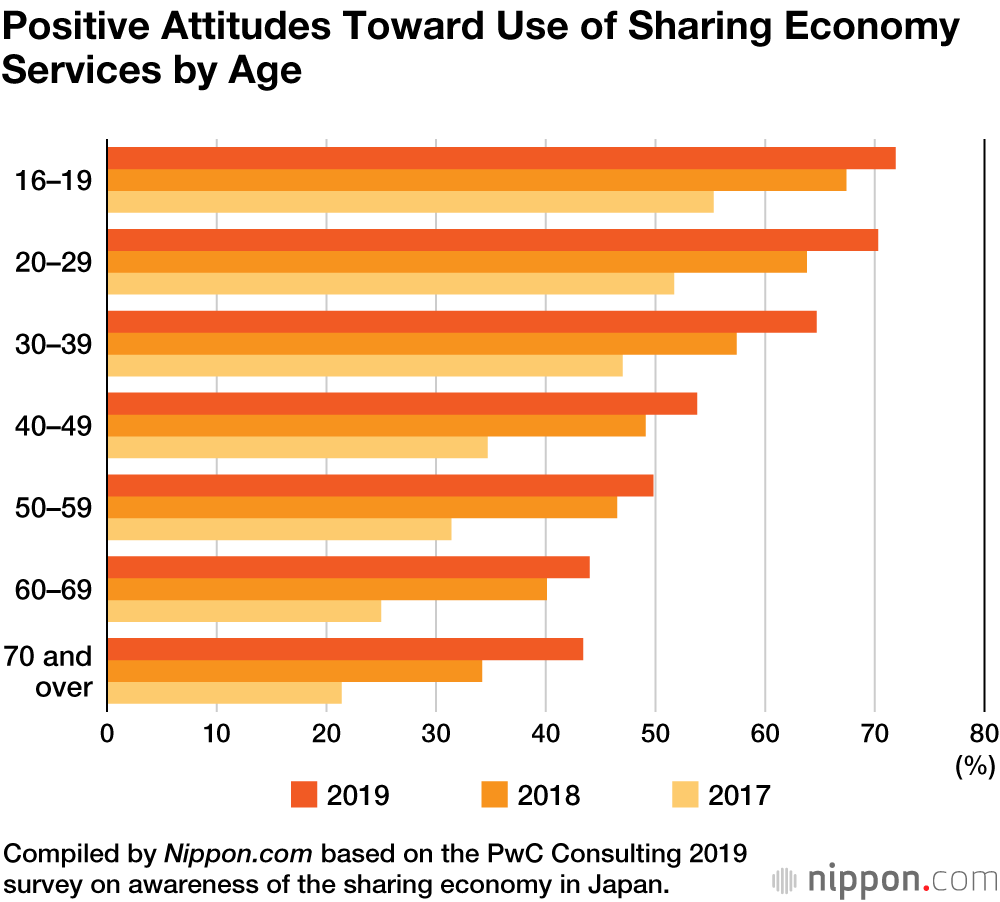 Noguchi Kōichi, a partner at PwC Consulting, commented that although he had thought older generations would find it difficult to relate to the idea of sharing, due to the association of ownership with wealth, it was fascinating to find that baby boomers and those of a similar age are actually attracted to the sharing economy.