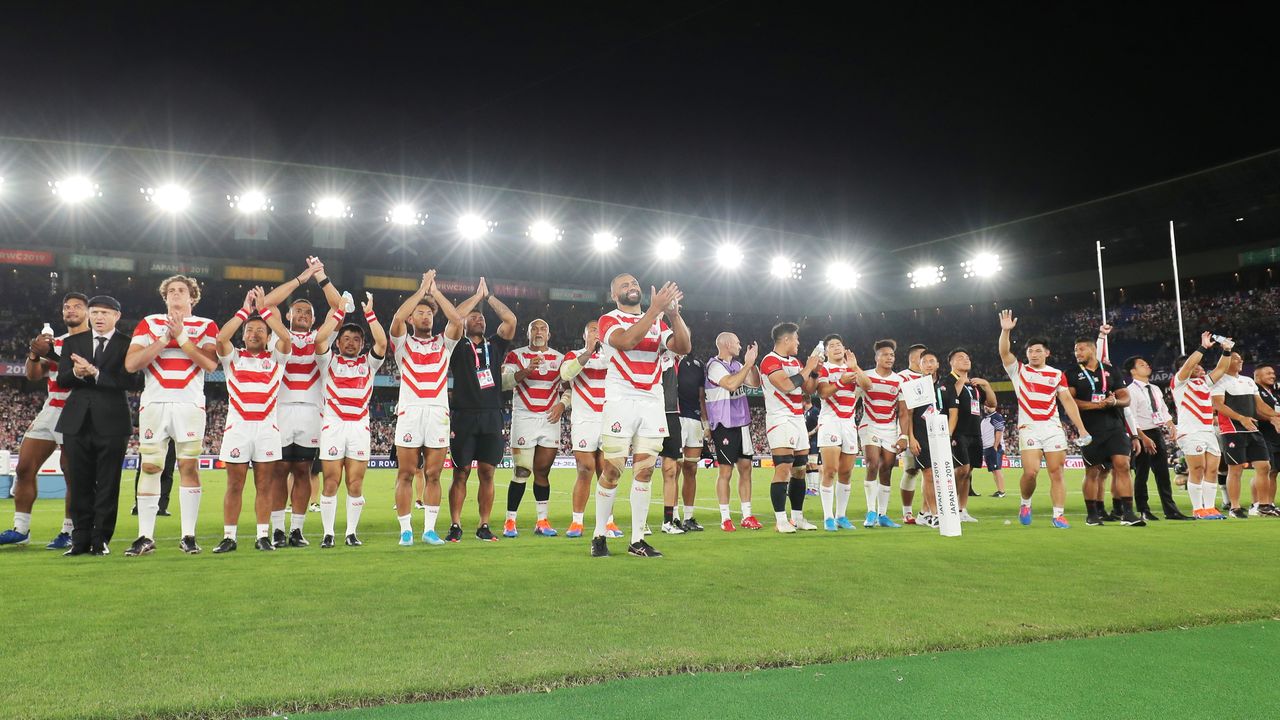 Sports Oct 15, 2019
Japan has reached the knockout stage of the Rugby World Cup for the first time. This article looks back on the national squad's previous record in the tournament.

After winning all four of its Pool A matches, Japan has made it to the quarterfinal stage of the Rugby World Cup for the first time. Here we look back on the country’s record in past tournaments.

At the first Rugby World Cup in 1987, Japan began with a narrow 21–18 defeat against the United States before suffering a 60–7 thrashing against England. A 42–23 loss to Australia rounded off the campaign. While Japan also exited at the pool stage in 1991, defeats against Scotland and Ireland were followed by a heartening first tournament victory, as the Brave Blossoms saw off Zimbabwe 52–8. 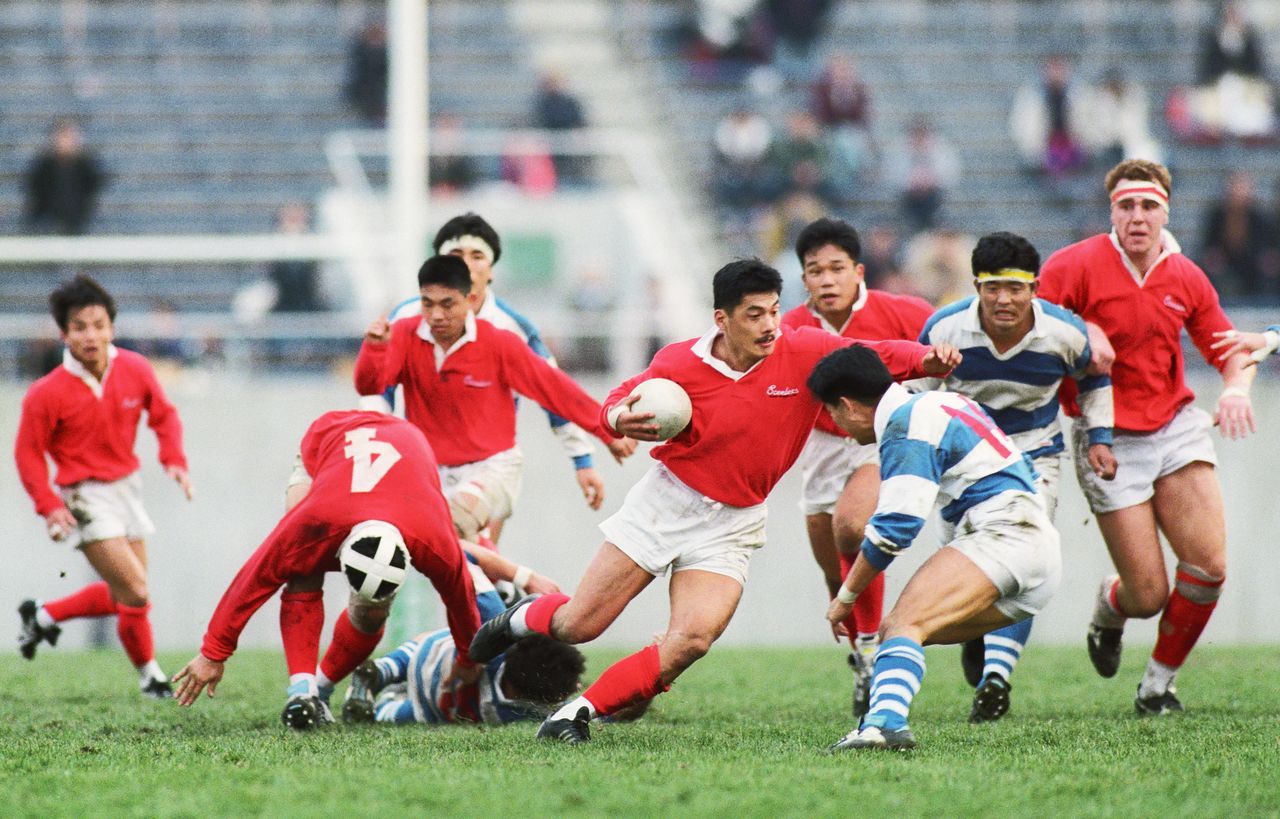 At the third tournament in South Africa in 1995, Japan underwent another whitewash, losing to Wales, Ireland, and New Zealand. The record-breaking 145–17 defeat to the All Blacks was a particularly bitter blow. There was no great improvement in 1999, as Japan again lost all three of its pool games. Current coach Jamie Joseph represented Japan in the tournament, having previously appeared for New Zealand.

In 2003, Japan lost to Scotland, Fiji, France, and the United States. The 2007 tournament, however, saw a slight upturn in fortunes, as defeats to Australia, Fiji, and Wales were followed by a 12–12 draw against Canada. This brought an end to a 13-match run of consecutive defeats in the competition finals. In 2011, Japan began with losses to France, New Zealand, and Tonga. It led at half-time in its final game against Canada, but had to settle for another draw, this time 23–23. 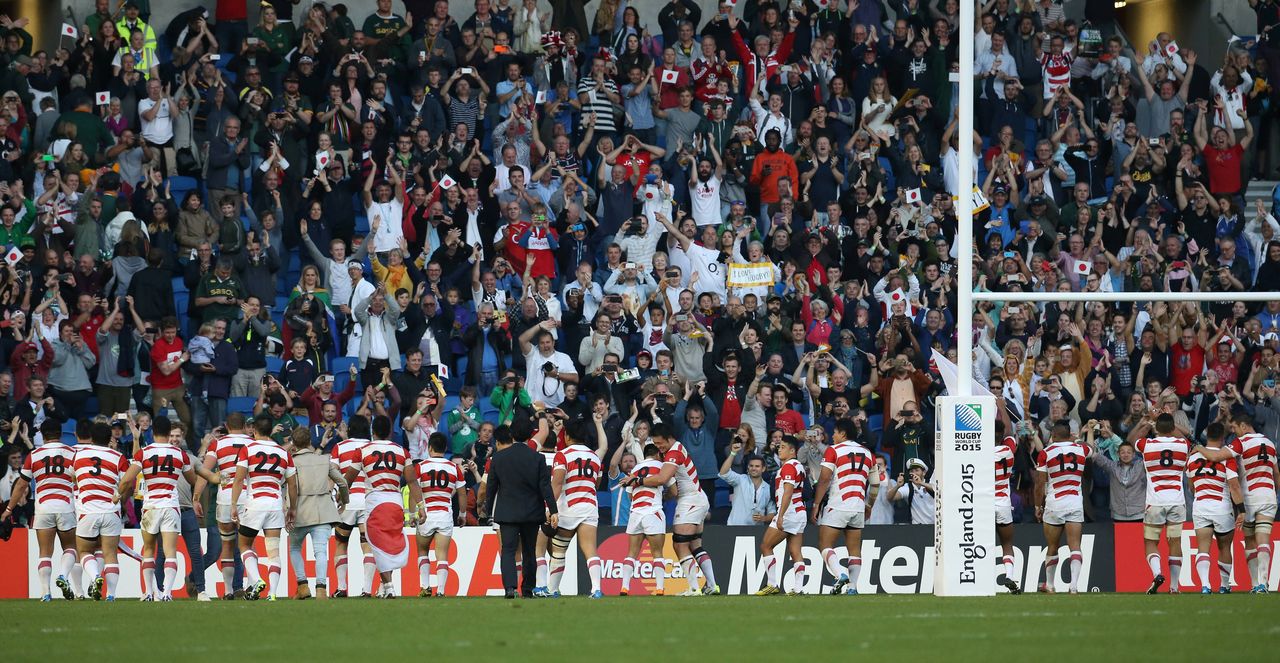 Japan’s World Cup record to date gave no hint of what was to come in 2015. Eddie Jones of Australia took charge of the team in 2012, steadily raising its standard. In the first pool game of the tournament in England, Japan won a historic 34–32 victory against South Africa, then ranked third in the world. Although a loss against Scotland followed, wins against Samoa and the United States left Japan with three victories and one defeat in the pool. Unfortunately, this was not enough, as Japan fell short in bonus points and failed to progress to the next stage.

(Originally published in Japanese. Banner photo: Michael Leitch and other Japanese players celebrate reaching the quarterfinal stage of the Rugby World Cup for the first time after defeating Scotland at International Stadium Yokohama on October 13, 2019. © Jiji.)