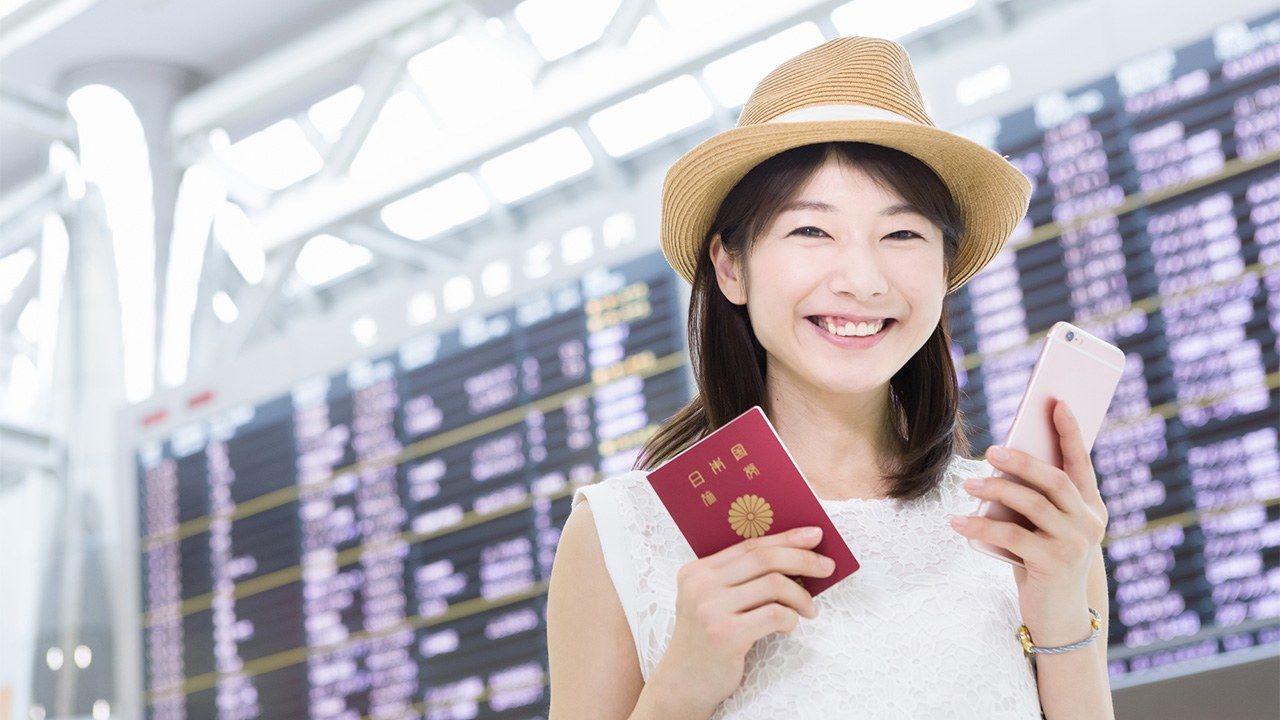 The number of Japanese traveling overseas set a new cumulative record of 19.0 million in 2018, after a 6.0% year-on-year increase. According to statistics from the Japan National Tourism Organization, the total had been in decline up to 2015, after surpassing the 18-million mark for the first time in 2012, but has since been rising. It seems possible that the number will surpass 20 million in the near future.

Since the number of Japanese traveling overseas, as counted by the Ministry of Justice, is the cumulative total, it is not clear from the statistics whether in recent years the increase has been due to a rise in the number of trips per person or an overall rise in the number of travelers. JTB Tourism Research & Consulting conducted an independent survey as the basis for determining the actual number of individuals traveling overseas. It estimated that 12.6 million individuals actually traveled overseas in 2018, which is 10.1% of Japan’s overall population. 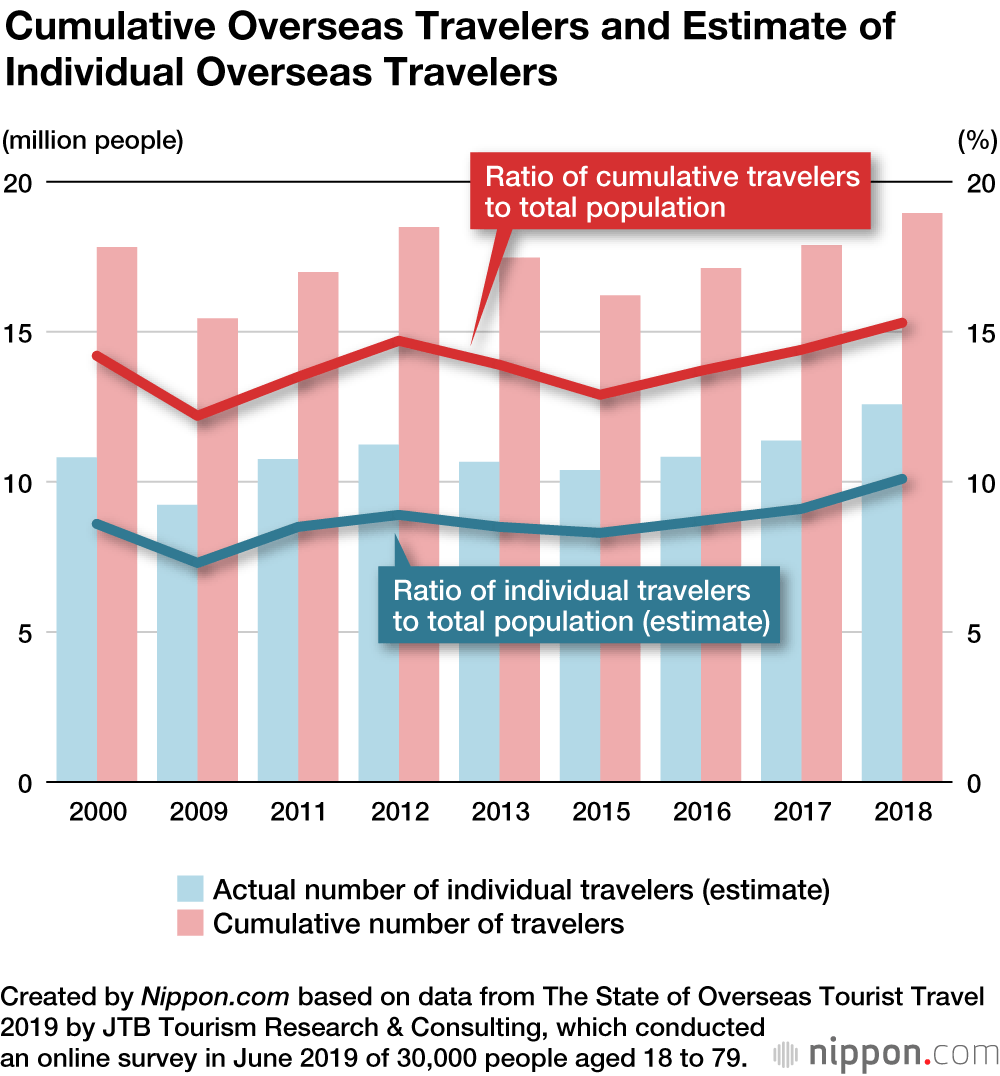 Meanwhile, among people aged 60 or older, those aged 65 to 69 were the only age group that saw a year-on-year decrease in the number of overseas travelers. However, there was an increase in the ratio of overseas male and female travelers in this age group vis-à-vis its total population. This result is thought to reflect the fact that most of the numerous baby-boom generation has now moved into an older age group.

East Asian destinations (South Korea, Taiwan, Hong Kong, and Macao) expanded to 28% of the total, as compared to 15.9% in 2000. JTB said that some of the factors underlying this expansion include the spread of low-cost carriers linking Japan to major cities, the popularity of Korean pop culture, and the ease of booking flights and hotel rooms online. 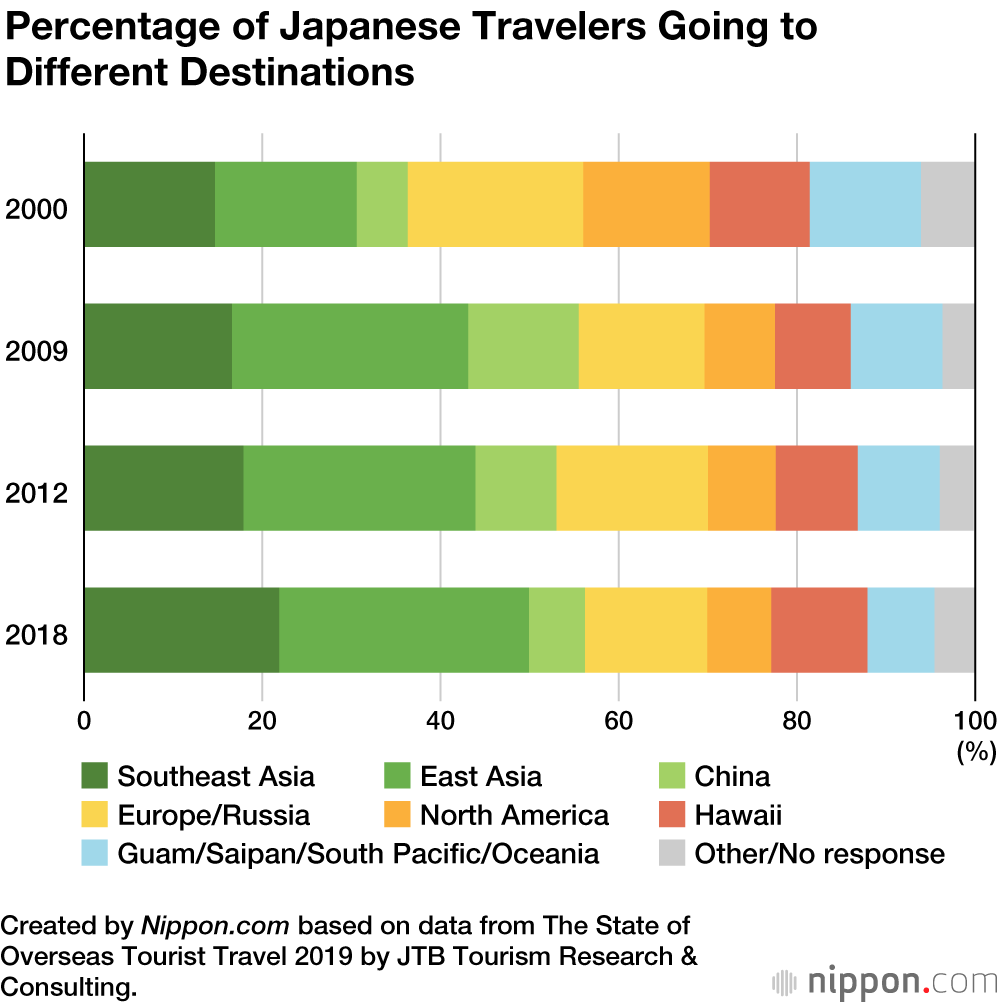