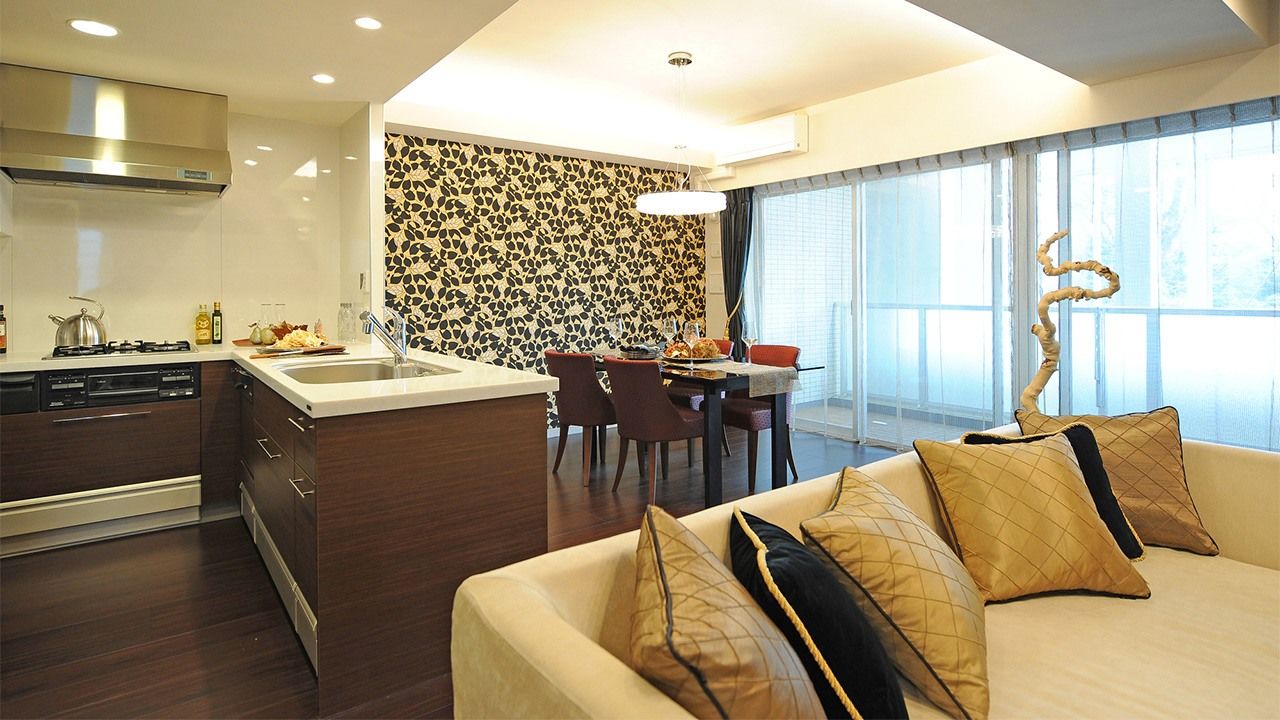 Reaching for the Sky: What Floor Do Company Presidents Live On?

Economy Nov 6, 2019
An unusual study recently looked at data on 500,000 Japanese company presidents to find out what floor they live on.

A recent study looked at roughly 500,000 company presidents across Japan to find out what apartment floor they live on. The results found that these high-flyers are living surprisingly close to the ground on average—at the 5.35-floor level.

Data on 3.57 million companies (including individually run firms) listed in Tokyo Shōkō Research’s corporate database was sifted for the study to extract and analyze 504,200 individuals whose apartment number or floor number could be verified.

By prefecture, Osaka and Tokyo had the highest floor averages, at 6.82 and 6.12, respectively, followed by Shiga at 5.87. The three prefectures with the lowest averages—all located in inland regions—were Tochigi at 3.21, Yamanashi at 3.18, and Nagano at 3.16. The results are apparently affected by the number of high-rise condominiums.

The municipality with the highest floor average nationwide, at 13.37, was Chūō in Tokyo, which is home to a forest of high-rises as well as the Nihonbashi and Ginza corporate districts; it was followed by Fukushima Ward in Osaka, at 12.49. The area around Fukushima Station, which is just a two-minute train ride from Osaka Station, is the site of many combined office and residential high-rises. All of the municipalities in the top 10 are located in either Tokyo or Osaka. 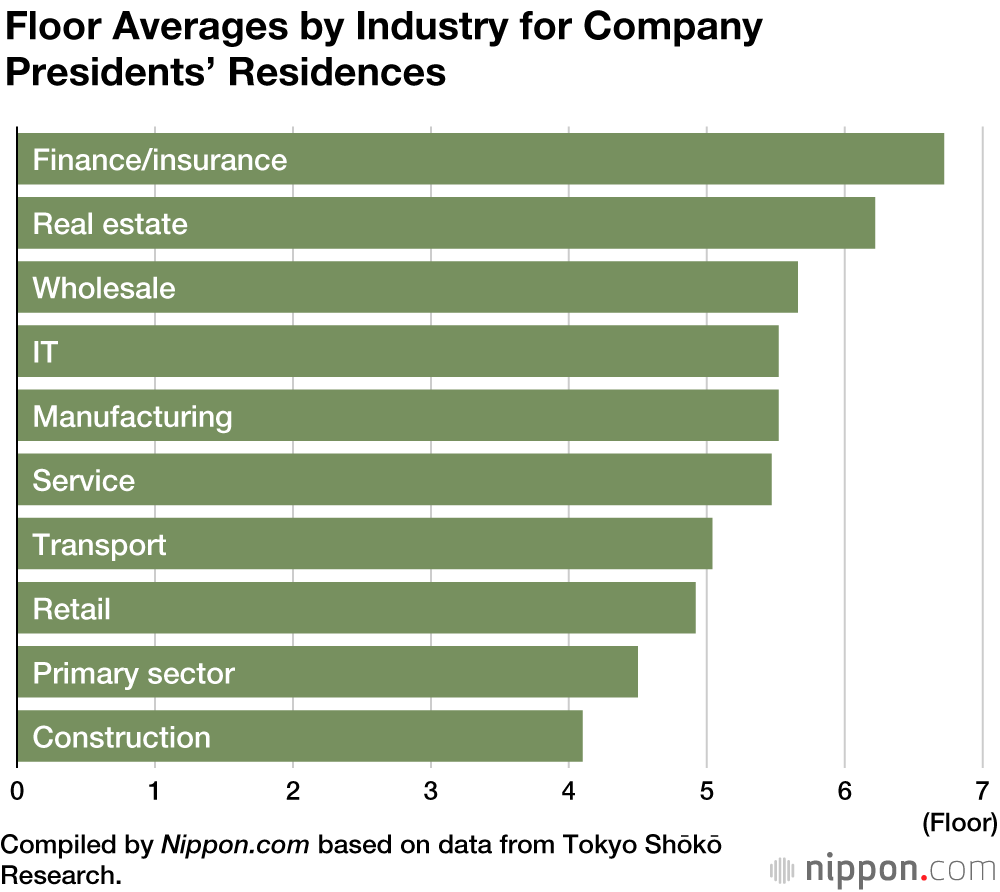 The most common room number for company presidents’ apartments was 201, followed by 101, and the number “1” appeared at the end of 7 of the 30 most frequent room numbers. Company presidents also tend to like corner apartments, perhaps because they offer more windows and better views.