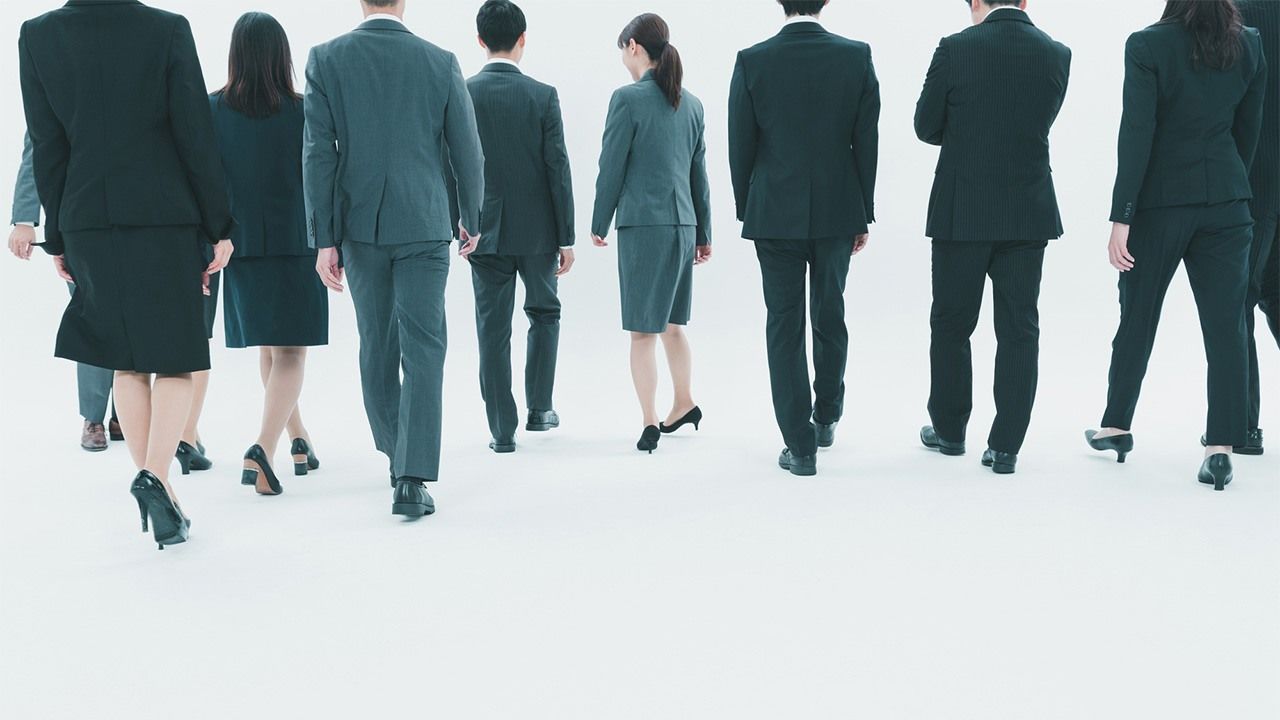 Economy Nov 11, 2019
More and more listed companies are inviting employees to enroll for voluntary retirement. In 2019, electronics and pharmaceutical companies were prominent in implementing this, and for the first time in six years more than 10,000 people in total applied.

According to Tokyo Shōkō Research, 27 listed companies accepted applications for voluntary retirement between January and September 2019 to trim their workforces and reduce their salary payments. This more than doubled the full-year figure of 12 companies for 2018. The number of enrollees in early retirement schemes (or applicants where enrollee figures are not known) totaled 10,342; the first time that it has exceeded 10,000 people since 2013, when the figure was 10,782.

This increase reflects recent severe business conditions. However, there are also cases where enrollment is being implemented ahead of time even when company performance is currently thriving, because the employers are taking into consideration future decreases in demand, corrections for the biased age composition of employees, and the narrowing scope of their business. 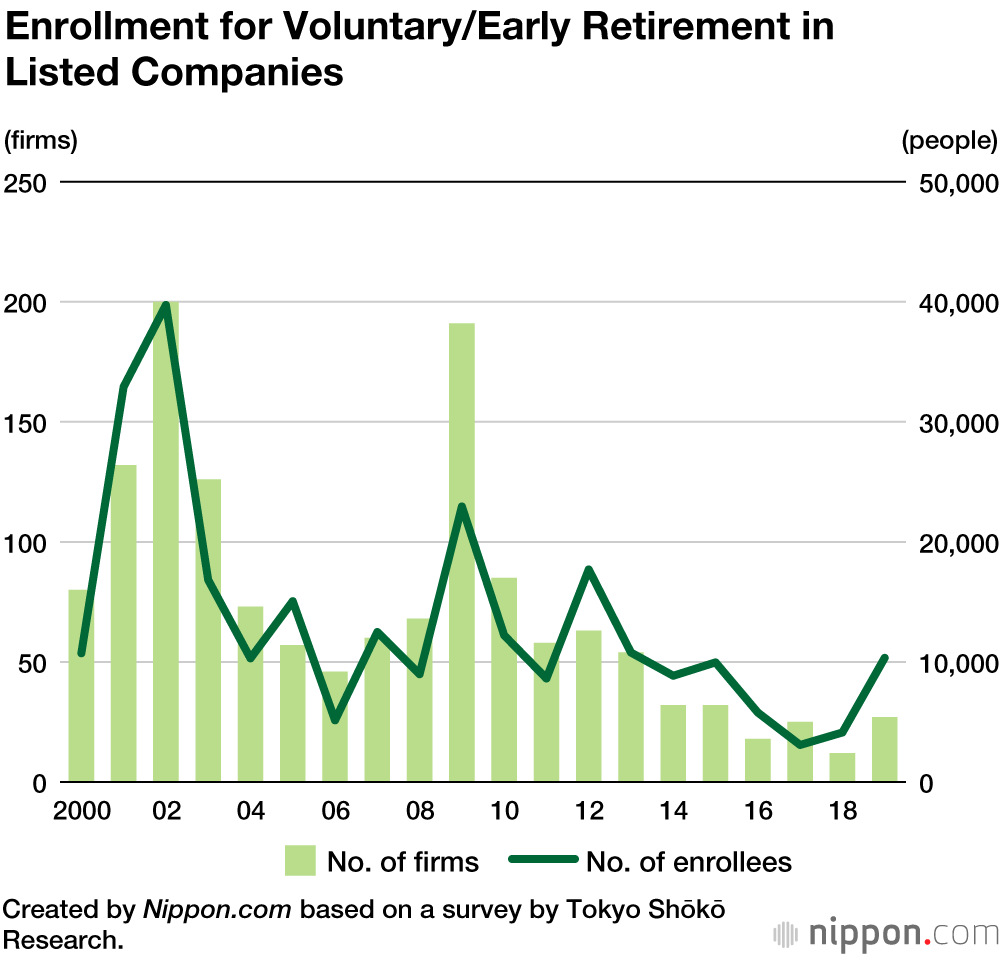 Looking at enrollment by industry, the highest was electrical equipment, with eight companies offering schemes, indicating the poor business performance plaguing this sector. Pharmaceuticals was the next highest with four companies, as this sector has been impacted by drug price decreases and the termination of licensed sales by overseas suppliers. In the wholesale industry as well, three apparel-related companies announced they were offering voluntary retirement, due to intensifying competition from Uniqlo and other fast fashion companies, along with sluggish results.

Major textile company Renown announced its voluntary retirement plan in August. However, this was followed by a number of closures of department stores where the firm had retail spaces; on October 15 the company temporarily halted its plan and is now reviewing its assignment of personnel. Renown may further reduce personnel and close more stores.

Fujitsu had the highest number of applicants, with 2,850 people. This was followed by Renesas with 1,500, Japan Display with approximately 1,200, and Toshiba with 1,060.

(Survey by Tokyo Shōkō Research, as of October 7)