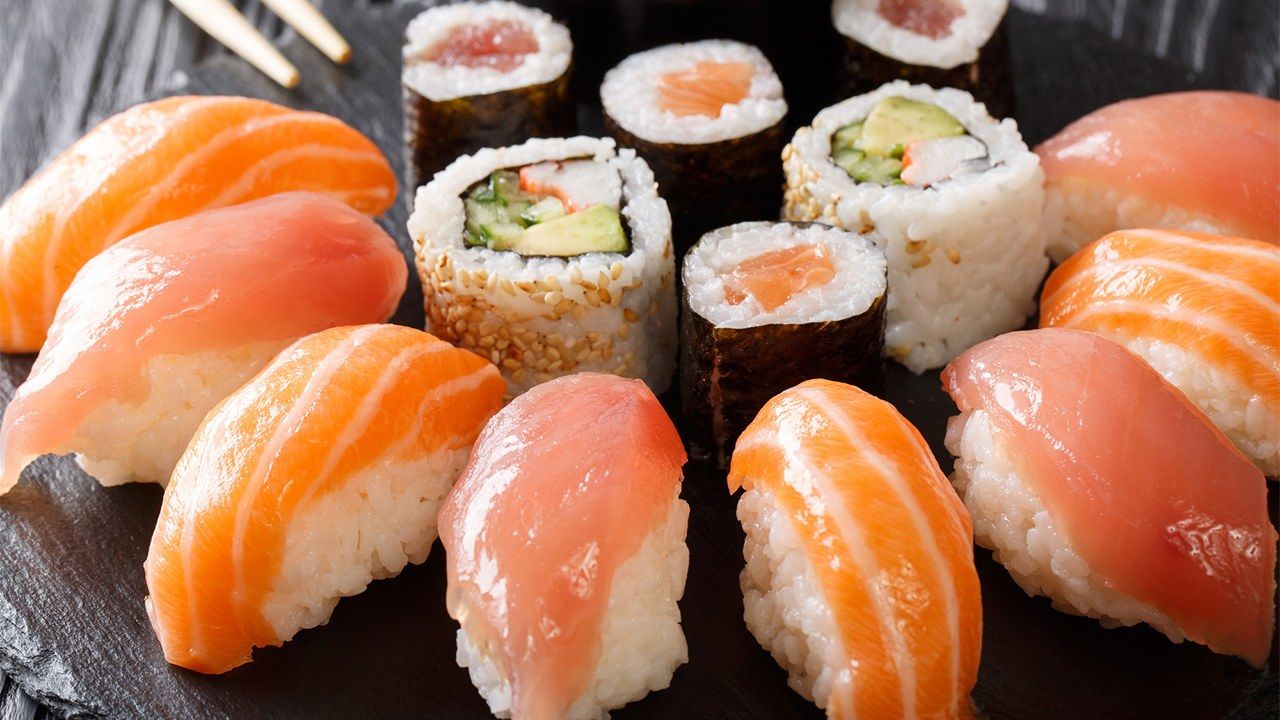 In a survey conducted by the take-out sushi chain Kyōtaru, the popular sushi toppings akami (lean tuna) and chūtoro (medium-fatty tuna) placed joint first with 45.8%, closely followed by salmon with 44.3%. 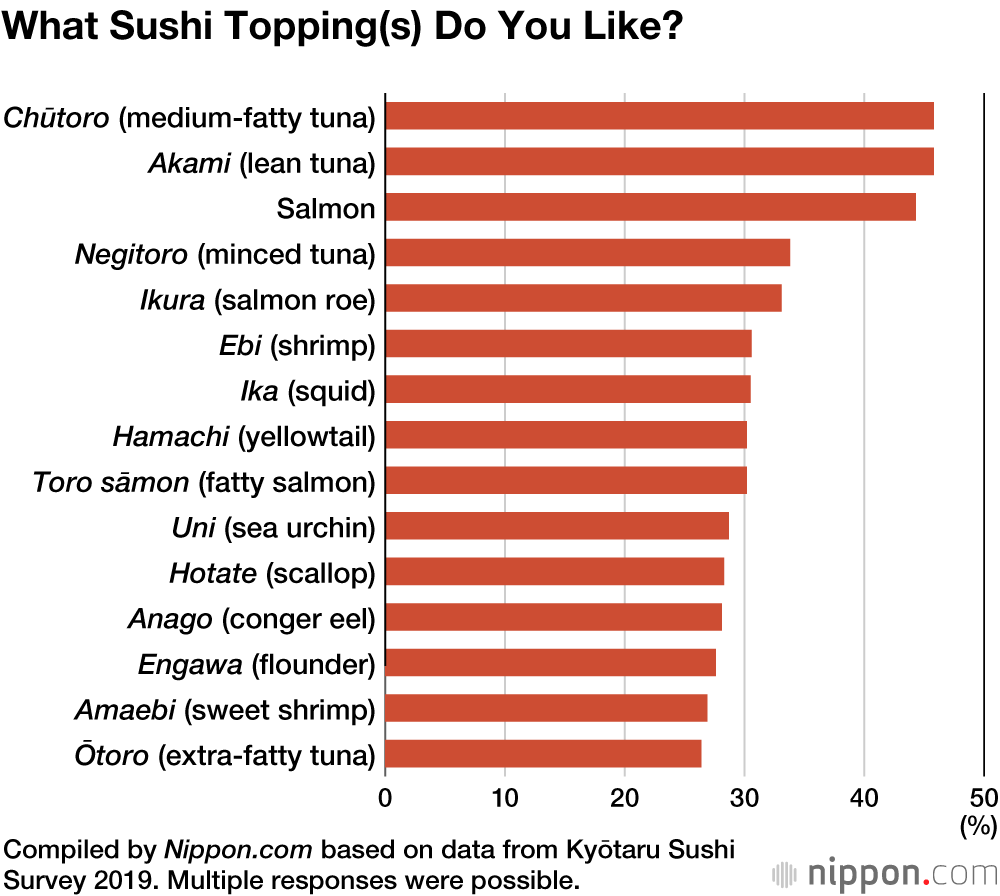 Japanese people are known for their love of tuna, but the results show this is particularly true for men, as there was around a 10-point difference between men and women’s liking for akami, chūtoro, and ōtoro. Meanwhile 46.4% of women picked salmon.

Compiled by Nippon.com based on data from Kyōtaru Sushi Survey 2019. 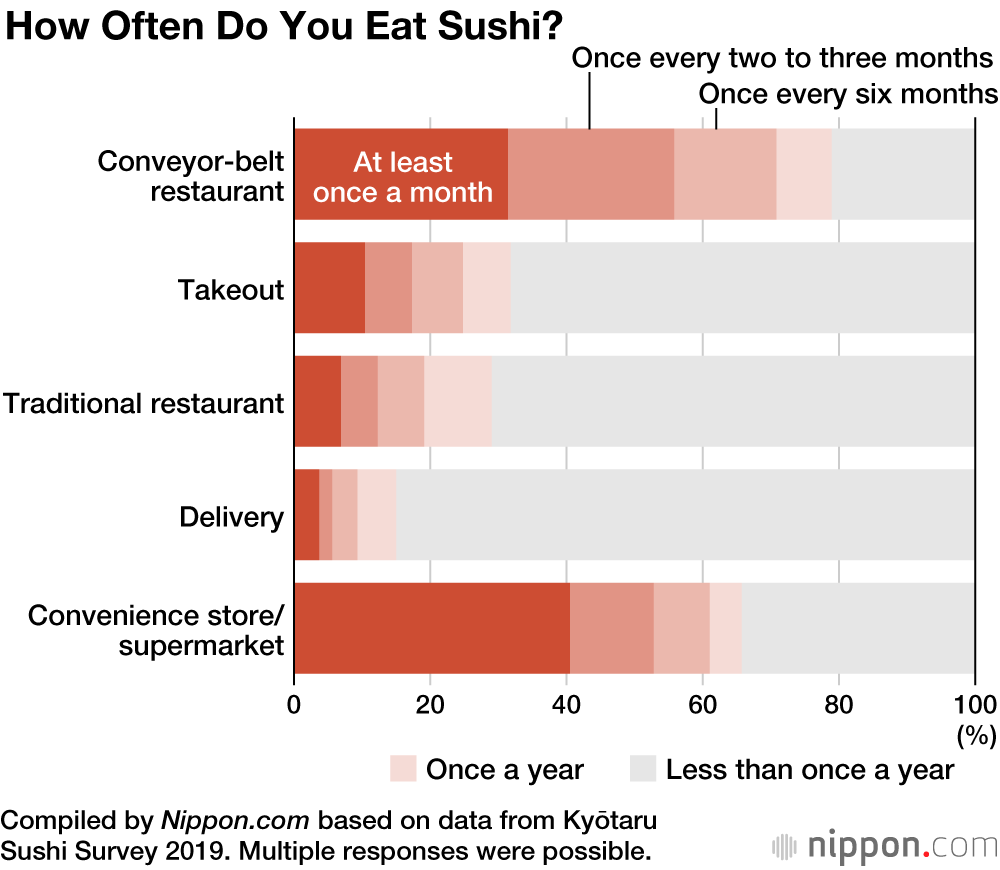 Sushi has now become a reasonable everyday meal choice, easily available from convenience stores and supermarkets. It is no surprise then that 88.7% of respondents answered that they like sushi.

Sometimes though they would like to enjoy more extravagant toppings. When asked how much they hoped their boss would spend to treat them to sushi, the average amount came to ¥4,537.