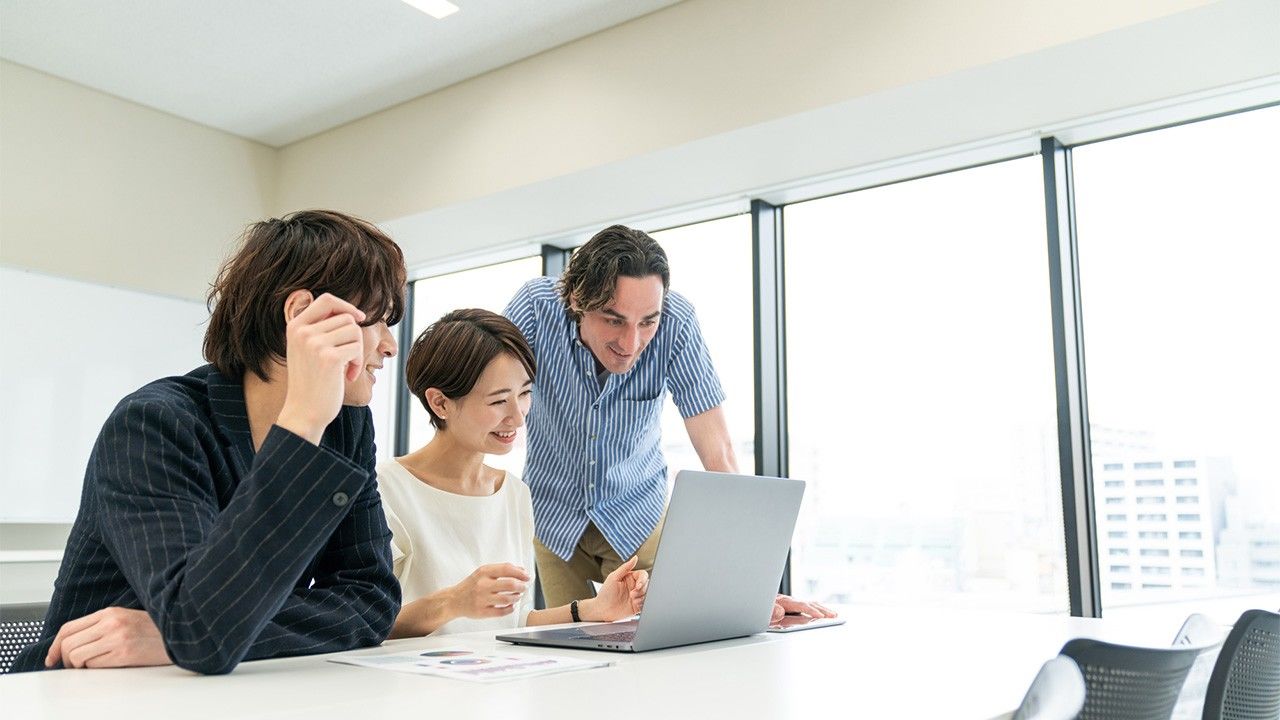 The Institute for International Business Communication, which runs the TOEIC English test, asked Japanese companies in a recent survey about what skills would be important for business people in the future. The highest response, with 82.6%, was English. Meanwhile, English was also felt to be the skill most lacking, according to 67.0% of companies. 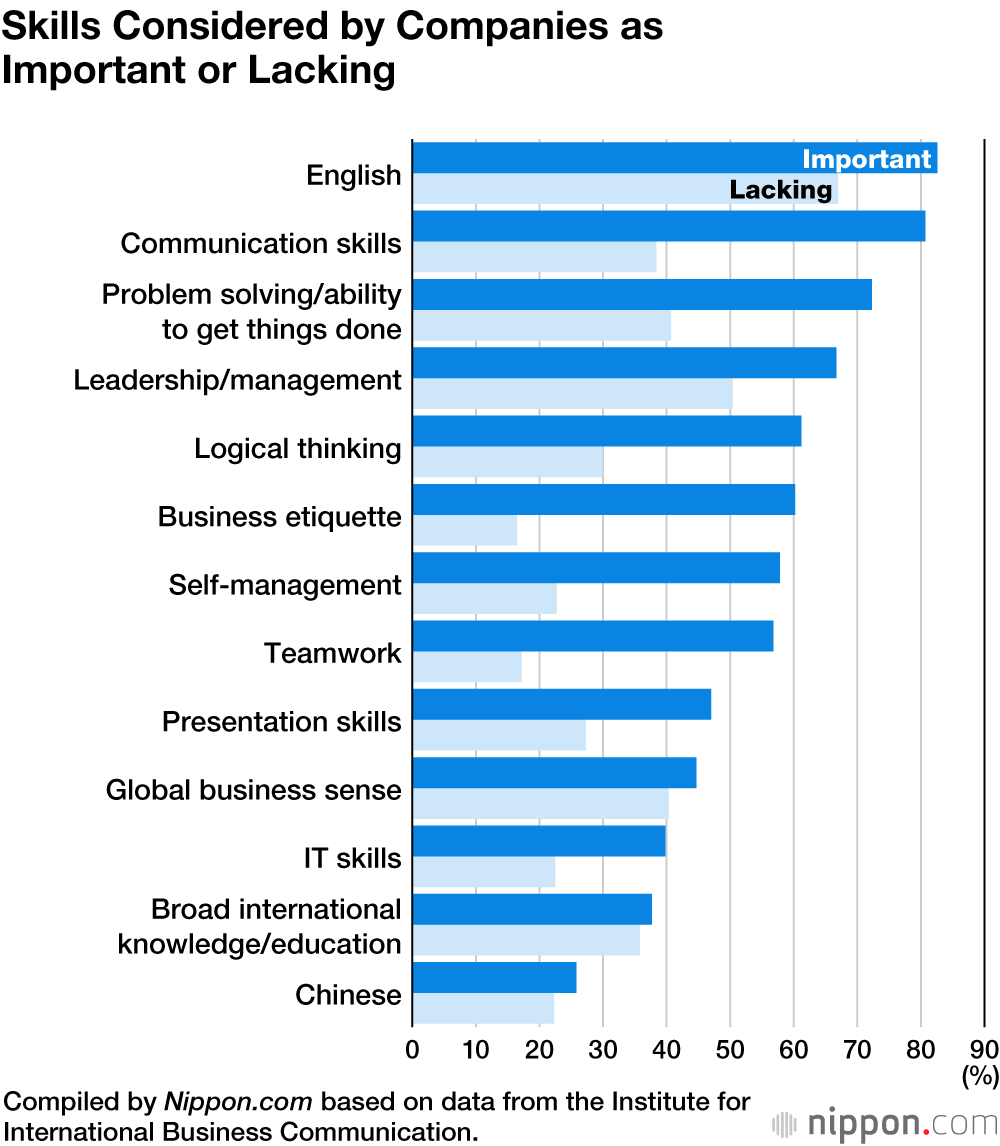 When companies were asked about use of English in the workplace, the highest response with 61.0% was that it was only used in departments that handle overseas business. However, only 38.8% forecast that this would still be true in three years. In contrast, while only 18.0% of companies currently believe a certain level of English ability is required, after three years, this is expected to more than double to 36.7%. The same was asked to individuals and, even though they might not have dealings with overseas business, it was clear that they recognized English will become an increasingly required skill in the future. 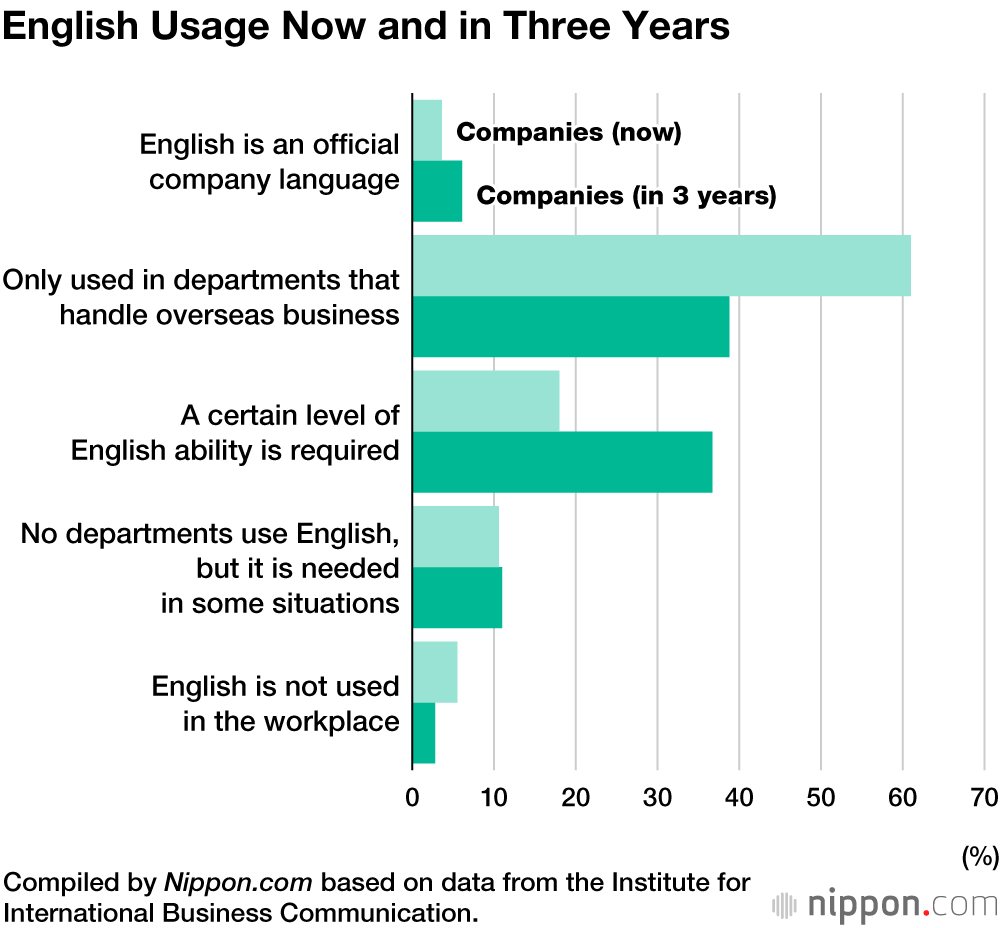 According to companies, the main issue for employees’ English education was lack of motivation and staying power, as chosen by 66.3% of respondents. Other major issues were the varying levels of expertise and not having enough time for training. 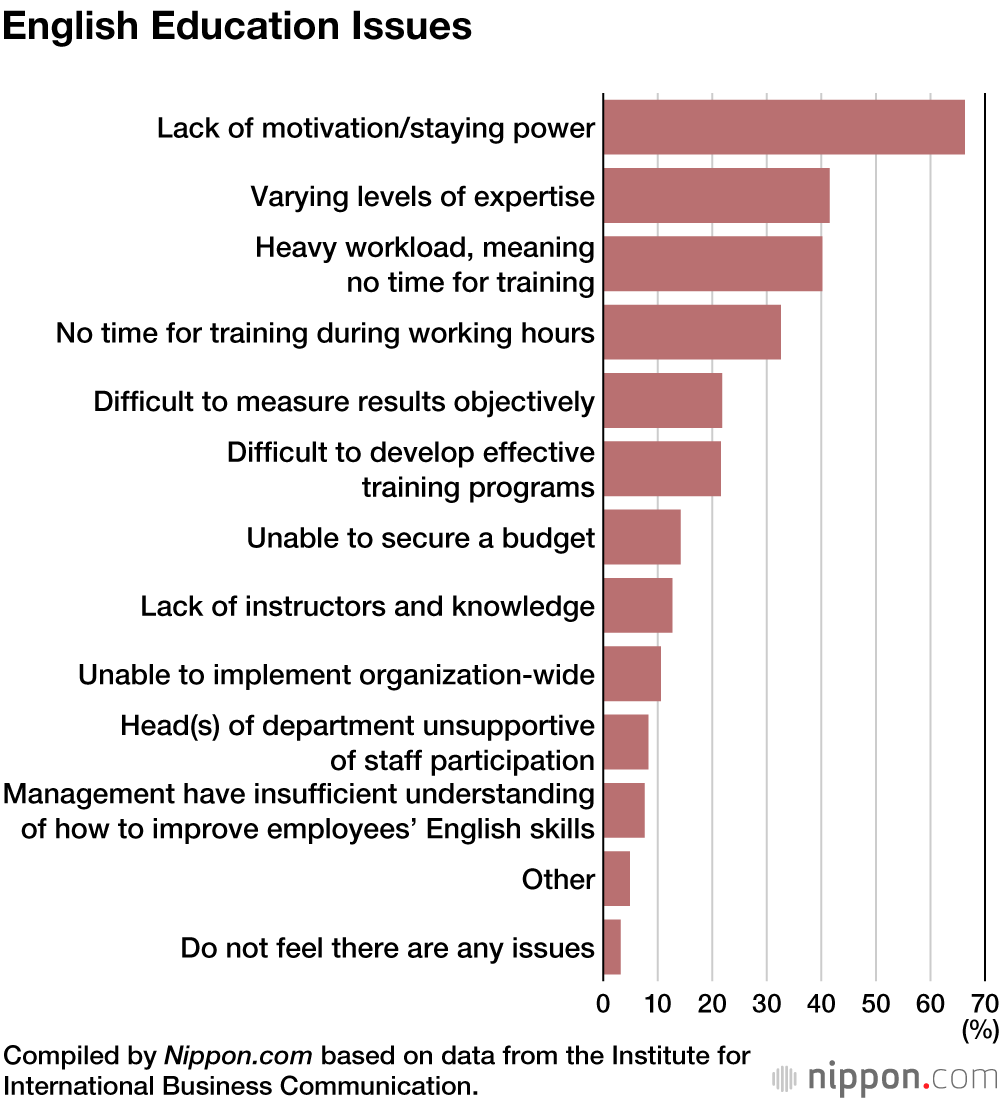 The biggest issue identified by individuals, with 50.4%, was that there were few chances for them to use English at work.

Although there have long been calls for the need for English education, the majority of businesspeople still have few chances to use the language. It could be the key to improving employees’ English is by making them feel the need to put it into practice.