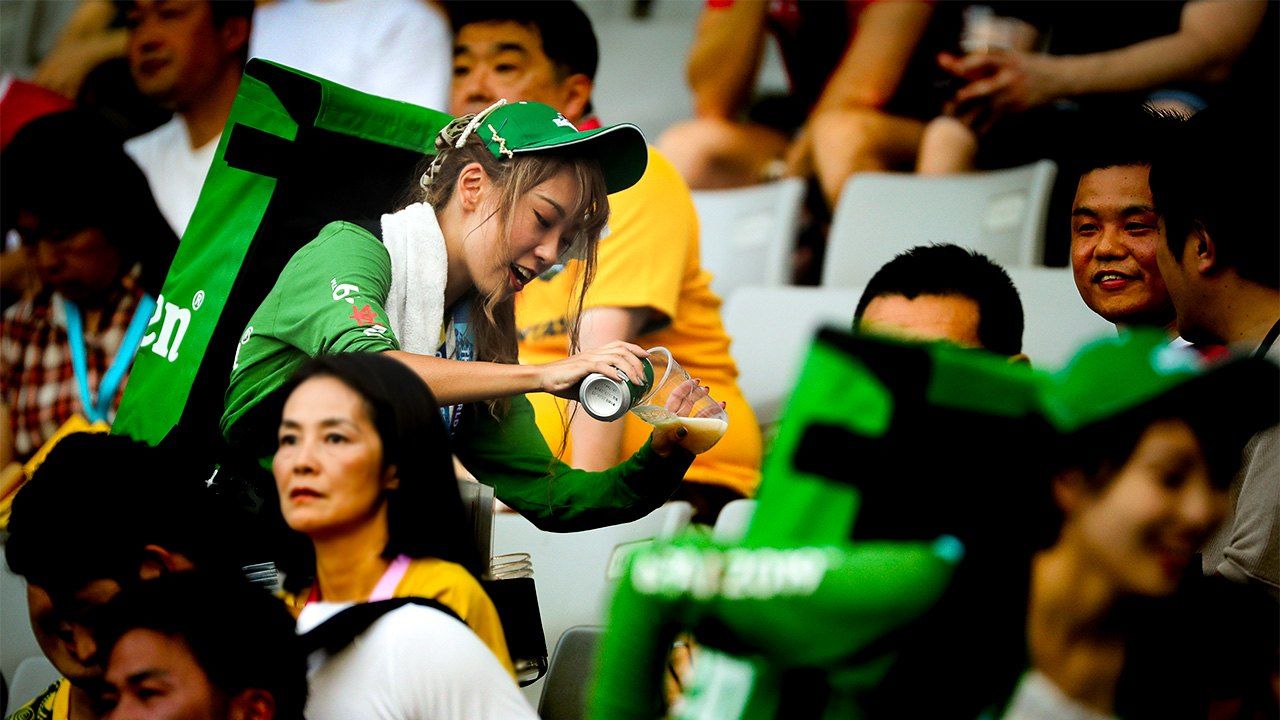 In September and October, sales of Heineken, the official beer of the event, rose year-on-year by 282%, according to Kirin Brewing, the domestic producer and distributor of the brand. During the event, Heineken had exclusive sales rights at stadiums and in official Fanzone viewing venues.

Rugby fans are renowned for their love of beer, and the World Cup’s organizing committee in the lead up to the event warned against letting taps run dry. Following this advice, Kirin increased production by 250% compared to the previous year, while also mobilizing around 1,600 vendors to sell beer at the 12 stadiums where matches were played.

Rival breweries Asahi and Sapporo also saw sales improve in September, rising by 112% and 116%, respectively. The boost came from the World Cup and last-minute demand prior to Japan’s October consumption tax hike.

According to the Sapporo municipal government, spectators consumed 17,700 liters of beer during the September 21 match between Australia and Fiji at Sapporo Dome, and 18,600 liters the following day when England went up against Tonga at the venue. The amounts are three to four times what fans typically knock back at games for local J. League soccer team Consadole Sapporo and professional baseball team Hokkaidō Nippon-Ham Fighters. Vendors sold some 3,200 liters of beer over three days at the Fanzone outside Sapporo Station and 12,100 liters over 10 days at the Fanzone in the city’s Ōdōri Park.